AQUARIUS yacht was built in 2016 by Feadship shipyard in Aalsmeer, Netherlands.

With her length of 92 m (302 ft), AQUARIUS is ranked in 73rd place on the list of longest motor yachts in the world. Currently, she sails under the flag of the Cayman Islands.

The interior of AQUARIUS was designed by Dutch design firm Sinot Exclusive Yacht Design based in Amsterdam.

The yacht offers a spacious living area, a cinema, a beautiful spa, a gym with incredible sea views, and a sizeable beach club.

The elevator allows guests to move more seamlessly from deck to deck. The master suite features a spacious dressing room as well as a his-and-hers bathroom.

The other six luxuriously designed VIP cabins can accommodate an additional twelve guests.

A crew of up to 30 members takes care of the guests’ well-being while they are on board the luxury yacht.

Her immense superstructure is made of aluminum, and her decks are constructed in classic teak.

The two MTU M63L diesel engines each produce 3,000 hp and allow her to reach top speeds of 17 knots.

Like her interior, the exterior of the AQUARIUS yacht was also designed by the Dutch design firm Sinot Exclusive Yacht Design.

She has a helipad on the foredeck, a hot tub on the upper sundeck, and a large pool on the aft deck.

She also carries two tenders and plenty of water toys for guests to enjoy. In addition to a large swim platform, the crew can also set up various water slides if required.

Of course, the luxury yacht has a variety of jet skis, kayaks, snorkeling equipment, and water skis on board.

The purchase price of the AQUARIUS yacht was US $200 million, and she is currently also available for charter for US $1.5 million per week.

In winter, she is mostly underway in the Caribbean, and in the summer months in the Mediterranean.

He began his career building and operating hotels and casinos in Las Vegas and Atlantic City.

Included is the world-famous “Mirage,” the “Bellagio,” and the “Golden Nugget.” In 2006, Wynn was described by Time magazine as one of the 100 most influential people in the world.

Together with his ex-wife Elaine Farrell Pascal, Wynn has two daughters, Kevyn and Gillian, who frequently join him on AQUARIUS.

In 1993, Wynn’s daughter Kevyn was kidnapped and later released for a ransom payment of US $1.45 million which her father paid in cash.

The kidnappers were caught and prosecuted soon after and the ransom payment was returned to Wynn. 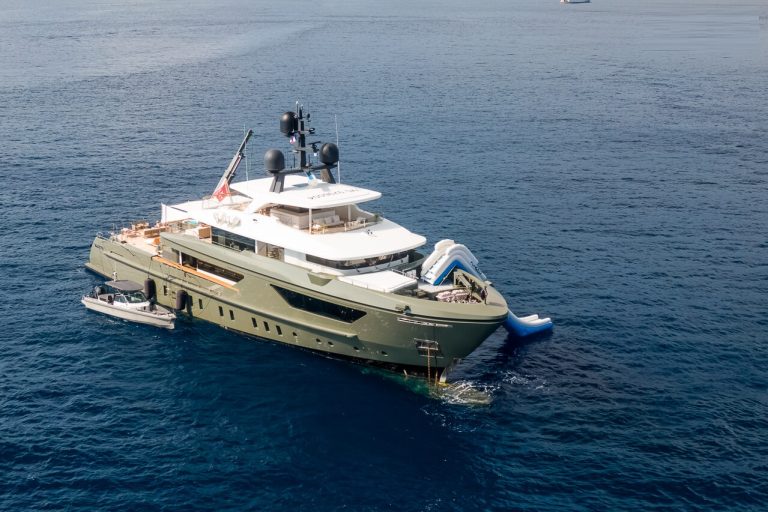 Moka Yacht is a 42-meter yacht designed by Francesco Paszkowski, built by San Lorenzo Yachts in 2015 for… 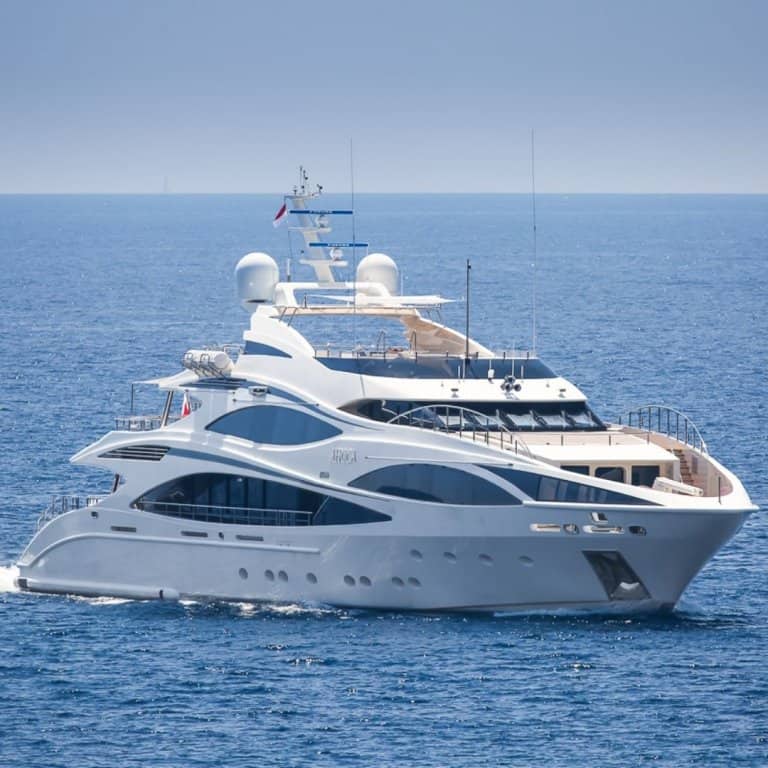 The AFRICA I yacht is a sensational and impressive yacht that is built by the Italian shipyard Benetti,… The GALAXY OF HAPPINESS yacht is a futuristic trimaran yacht built by Latitude Yachts, a Latvia-based builder that…