BRAVO EUGENIA was built by the Dutch shipyard Oceanco in 2019 for her owner Jerry Jones who is an American Billionaire. At a length of 109 metres (357.7 ft), she is currently the 41st largest yacht in the world.

BRAVO EUGENIA is able to welcome fourteen guests in seven luxurious cabins. A team of thirty crew members can stay on board to make sure the needs of guests are always tended to. The interior of BRAVO EUGENIA was developed by Reymond Langton Design, a London-based design firm. They specialise in large yachts and provide their customers with tailor-made results. The interior of BRAVO EUGENIA is airy and bright, with light colours complemented by dark teak. The upholstery is kept in a light cream colour, and the yacht has a lot of natural light that opens up the interior spaces beautifully. There is an elevator installed onboard to help guests comfortably access different floors, and the yacht has a cinema room, a gym, a spa and an exceptionally large pool. Of course, there is also a jacuzzi onboard and a state of the art entertainment system.

The exterior of BRAVO EUGENIA was designed by Nuvolari Lenard and his Italy-based studio. She is a white yacht with several blue accent points. Her bow has a large sundeck and on the aft, another sizable deck provides plenty of seating opportunities for guests. The vessel also has a beach club with water access that perfectly combines indoor and outdoor living on board. Her other smaller decks provide a more private and cozy atmosphere.

Jerry Jones bought BRAVO EUGENIA for a price of US $225 million, and she generates additional running costs of US $15 to 20 million every year.

Jerry Jones is the owner of BRAVO EUGENIA after be acquired the vessel for a reported price of US $225 million in 2019. Jones comes from a wealthy family, and his parents earned their fortune in the insurance business before investing money in an exotic animal park in Missouri. He is well-known for owning the Dallas Cowboys football team, which represent a large part of his income. Jones is also a real estate investor with his company Blue Star as well as in oil and energy, which made him a billionaire. His net worth is estimated to lie above US $10 billion. In addition to his luxury yacht BRAVO EUGENIA he is also the owner of a Gulfstream G-V private jet. Jerry Jones famously likes to host the draft for his NFL team from aboard his luxury yacht. 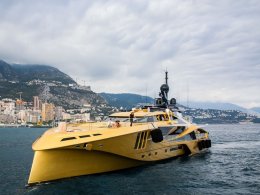 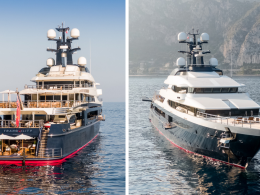 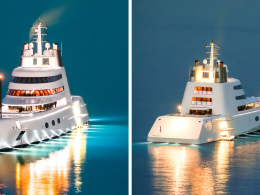 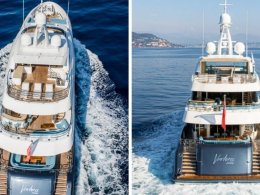