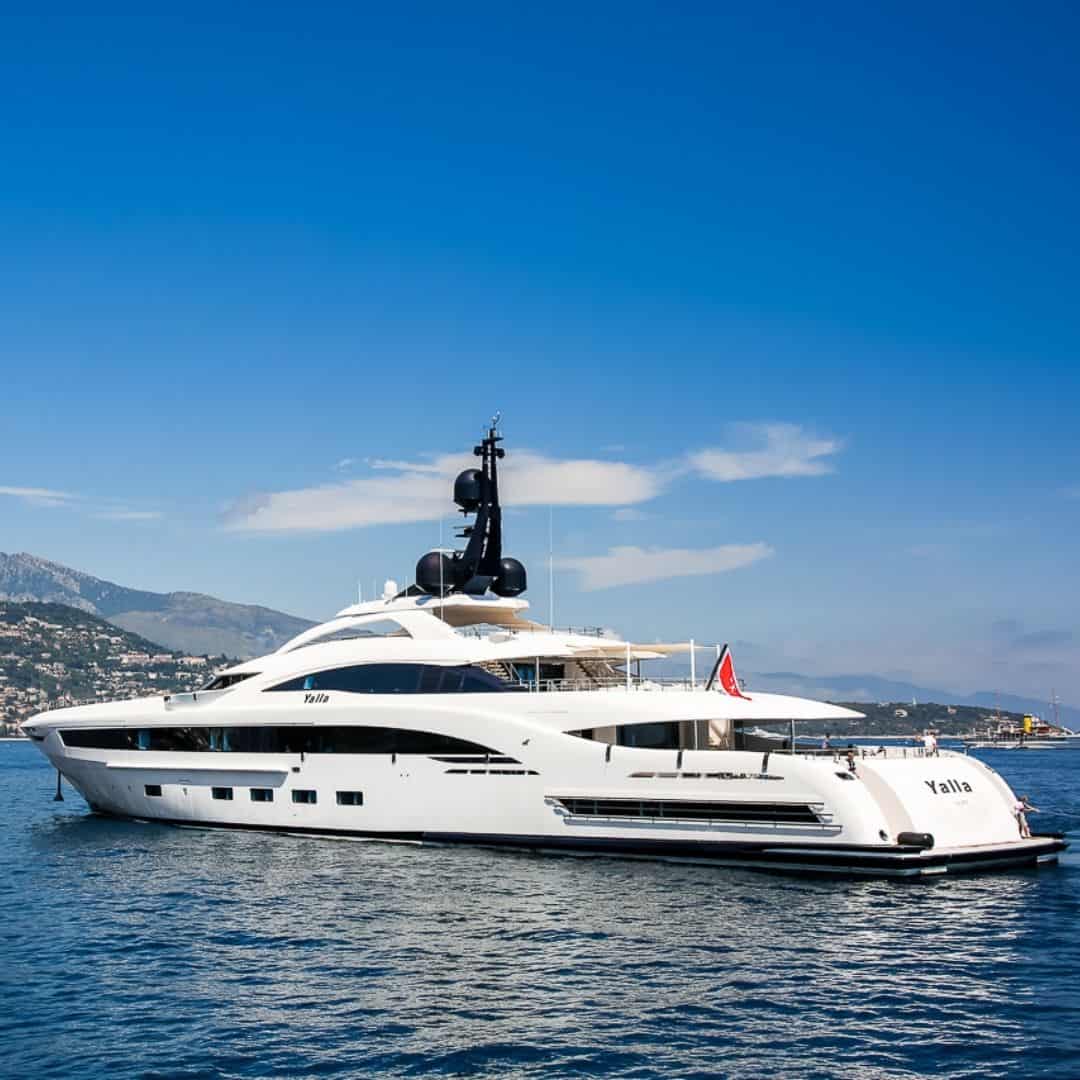 CRN specialized in designing and building custom 45m aluminum and steel/aluminum plus yachts. The bespoke ship maker was founded in Ancona, Italy, and has created yachts peerless in beauty since 1963.

From its foundation in 1963, CRN has garnered a reputation for building large luxury yachts. Sanzio Nicolini founded the company with the idea to create bespoke high-end yachts for a select and demanding clientele.

At the end of the 20th century, CRN partnered with the Ferretti Group, which introduced composite materials for the first time.

The launch of the 72m AZTECA from CRN broke all of their previous LOA records, and the 80m CHOPI CHOPI did so again in 2013. CHOPI CHOPI was a major achievement for CRN as it was their 200th launch.

CRN creates yachts that are individual masterpieces, each uniquely representing the owner’s needs and wants with creativity and flair. The shipyard prides itself on embracing the creative process, combining flexibility and creativity to achieve the most stunning luxury yachts.

CRN owns one of the biggest construction yards in Ancona, boasting an impressive 80000+ sqm. CRN acquired the shipyard Mario Morini, a world-renowned boat builder in the adjacent yard next to CRN’s own.

This acquisition increased their yard and areas of expertise as Mario Morini was experienced in steel construction, perfectly matching CRN’s needs. The yard remains one of the largest in Europe.

There are 14 moorings for 24m to 100m yachts and has dedicated sheds with cutting edge equipment for construction and refitting. These state-of-the-art construction facilities enable them to produce the highest quality yachts around.

The Ferretti Group now commandeers the historic CRN shipyard. The shipyard has become a center of excellence for the design and construction of steel and aluminum superyachts.

Brands constructed in this center of excellence include River and Pershing yachts from the Custom Line brand. These brands are all icons of craftsmanship, design, and advanced technology.

CRN is also a member of the SYBAss (Superyacht Builders Association), a coveted title in the yacht building industry.

Lamberto Tacoli has headed the company for over 13 years. He is counted amongst the most respected figures in the luxury nautical industry today.

CRN has more than 400 vessels in the water, including military and commercial vessels. The shipyard has produced several notable yachts.

YALLA is a 73m award-winning Superyacht delivered to her owner, Naquib Sawiris, in 2014. Naquib Sawiris is one of the most wealthy individuals in Egypt.

CHOPI CHOPI was built in 2013 and spans 80m. She was a custom build from CRN for owner Taha Mikati. She was another example of CRN’s ability to transform an owner’s ideas and creativity into reality.

Under the Ferretti Group, CRN continues to create bespoke yachts that woo their owners and the world.