At 156 meters (512 ft), Alisher Usmanov’s DILBAR yacht is the fifth-longest yacht in the world.

If measured by tonnage, she actually ranks in first place as the largest yacht in the world by interior volume. DILBAR was built by Luerssen in Germany in 2016.

The interior of the DILBAR yacht was designed by Andrew Winch’s studio based in London. Twelve luxury suites can accommodate 24 guests onboard the yacht.

An impressive 96-member crew finds space below deck and tends to every need the guests might have.

The crew can move through the vessel on separate crew passageways to ensure maximum privacy and a luxurious experience.

The superyacht has a gym, sauna, spa, elevator system, beauty salon, and sauna, all for the comfort and entertainment of the guests.

She also has the largest indoor pool ever installed on a yacht, measuring a total length of 25 meters.

The interior of DILBAR features a classical yacht design with beautiful wood elements and opulent furnishings.

Blue and gold accents take the interior design of the impressive superyacht to the next level and have earned her several design awards in the past.

She was built in 2016 by the Luerssen shipyard in Lemwerder, Germany and the project took more than four years to complete.

Her tonnage lies at 15,917, but she can still reach top speeds of 23 knots despite her weight. Her average cruising speed lies at 18 knots, and she is powered by twin diesel engines.

DILBAR is a multi-award-winning yacht with an array of unusual features. Her exterior was designed by the Monaco-based studio of Espen Oeino, which has worked on some of the world’s largest yachts.

The exterior of DILBAR is white with bronze and ivory accents to match Usmanov’s other luxury vessels. The yacht has two helipads that can hold Usmanov’s H175 helicopter.

Several sunbathing decks with a great selection of seating areas make this yacht the perfect place to relax and enjoy the stunning sea views.

Alisher Usmanov bought the DILBAR yacht for an estimated sales price of US $800 million, although this number could be even higher.

The yacht generates a further US $50 to 80 million in annual running costs.

The owner of the DILBAR yacht is Alisher Usmanov, a Russian oligarch, and billionaire with an estimated net worth of $14.6 billion as of 2022.

He is among one of the 100 wealthiest people, making his wealth after the collapse of the Soviet Union.

His interests are in metal and mining operations and investments. He is the owner of the superyacht DILBAR.

Alisher Usmanov made his fortune with Agroplastic, producing plastic bags, a scarce commodity in the former Soviet Union.

He became a multimillionaire before the collapse of the Soviet Union with plastic bags.

Usmanov is one of the early investors in Facebook. He owns the largest stake in Digital Sky Technologies, which was an investor in Facebook.

He is termed a metals magnate, and his largest holding is in iron ore and steel giant Metalloinvest. Usmanov also owns stakes in Xiaomi and other telecoms, mining, and media companies.

He is the co-owner of Russia’s second-largest telephone operator, Megaton. Usmanov is a co-owner of UTH Russia, a fast-growing commercial television broadcaster in Russia.

He sold his 30% stake in Arsenal Football Club in 2018 for nearly $700 million. Most of Usmanov’s businesses are legally owned by the Klaret company, with Usmanov, a controlling shareholder in the Klaret group.

Thanks to his numerous business interests, Usmanov has a net worth of $13.9 billion. The oligarch has been hit by sanctions from the US, UK, and EU in the wake of Russia’s invasion of Ukraine.

He is the owner of the superyacht DILBAR, one of the most complicated and intricate yachts built by Lurssen and has a price tag of $800 million.

Usmanov owns the Tudor mansion Sutton Place in Surrey, with 300 acres of property.

Usmanov was born in Uzbekistan in 1953. He moved to Moscow, intending to become a diplomat.

He graduated from the Moscow State Institute of International Relations in 1976 with a degree in international law.

He was imprisoned in August 1980 under charges of fraud, corruption, and theft of state property.

Usmanov spent six years in a Soviet prison, and the charges were later dropped in 2000 by the Supreme Court of Uzbekistan.

The couple does not share any children, but his wife has a son from her first marriage.

Usmanov is an ex-fencer and was the president of the International Fencing Federation from 2008 to 2022.

Usmanov has close ties to President Vladimir Putin and is regarded as one of Putin’s favorite oligarchs.

The manifesto is the world’s most expensive piece of sports memorabilia, which he donated to the Olympic Museum.

He topped the list of contributors to the fight against COVID-19 with his donations. Many other charitable contributions can be attributed to Alisher Usmanov. 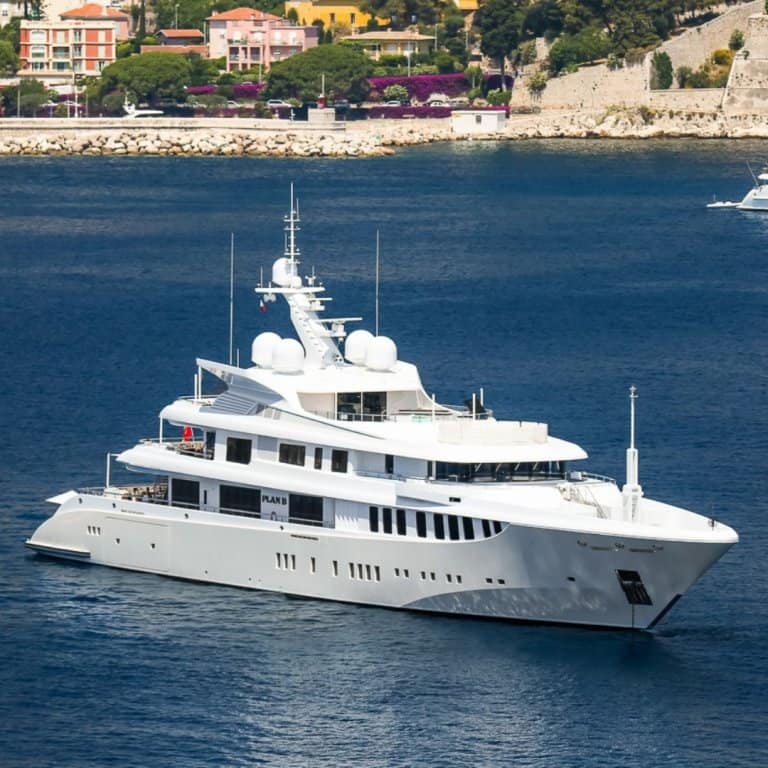 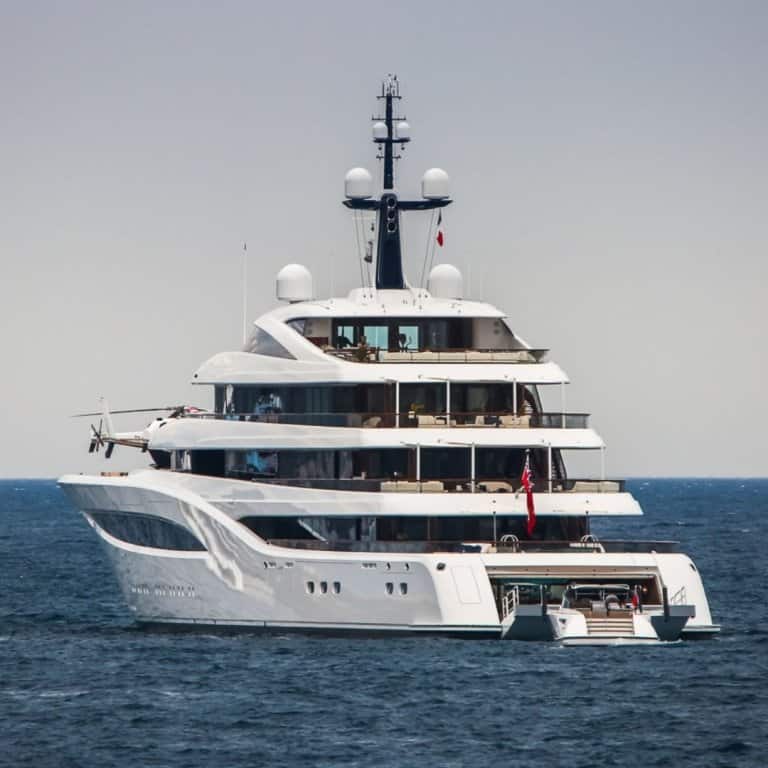 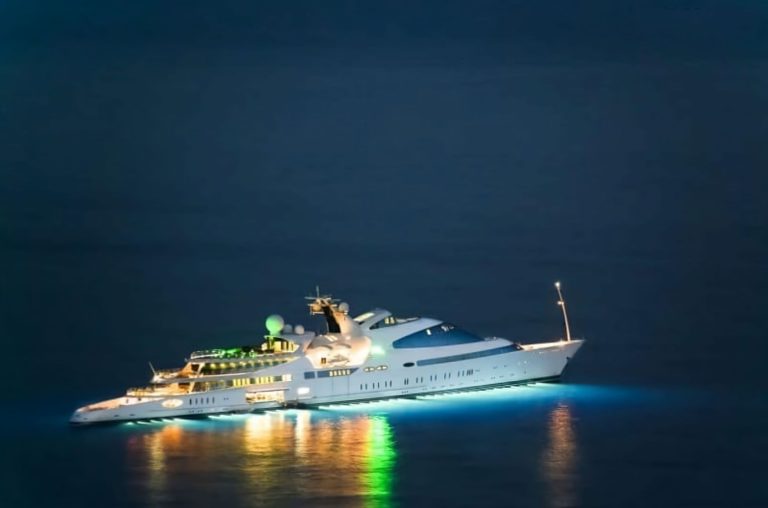 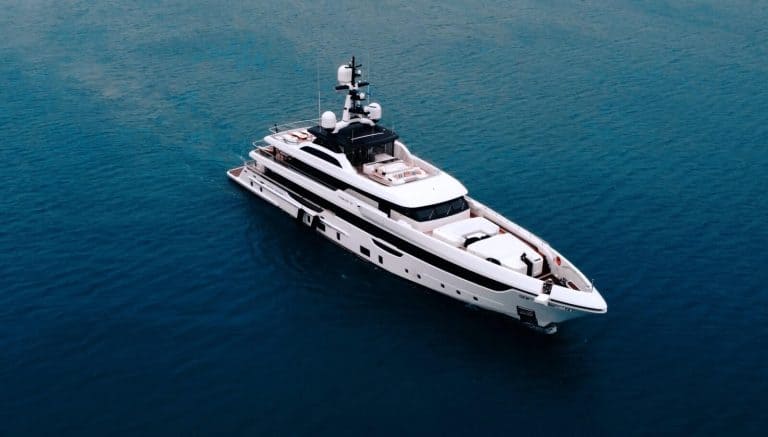 Measuring in at an impressive 49.95m the PIACERE yacht was built by Rossinavi and delivered in 2021. With…