Iddes Yachts has unveiled a new concept for an exploration and research vessel that seems to break all boundaries previously known to yacht design.

At a length of 300 meters (984 ft), this concept vessel named EARTH 300 would be longer than the Titanic and fit into an entirely new category, the Giga yacht.

EARTH 300 will not be a private superyacht made for relaxation and luxury. The concept focuses on scientific research and providing state-of-the-art facilities.

More than 400 people will be able to fit on this incredible yacht which could include 160 scientists, 165 crew members, 40 guests, 20 students, and a further 20 resident experts.

A total of 22 laboratories are designed to give researchers all the necessary supplies and gear they need to conduct studies right aboard the vessel.

The concept is meant to unite features from luxury yachts, cruises, exploration, and research ships without being too close to any one of them.

This is how Aaron Olivera, the CEO of the Earth 300 initiative has described the Giga yacht which will take marine conservation efforts to a new level.

The EARTH 300 Giga yacht looks incredibly futuristic and surreal with its large science sphere that will house what the CEO has described as a “science city” of laboratories and research facilities.

The founder of Iddes Yachts and lead naval architect of the project Iván Salas Jefferson states that EARTH 300 will help conquer “earth’s greatest challenges” suggesting an involvement of the vessel in sustainability and research efforts.

The entire concept is highly futuristic with Jefferson even describing Iddes as becoming an “alchemist of global solutions”.

The sphere is somewhat of a symbolic element that is meant to represent the earth in addition to looking like an alien spaceship.

Although the science sphere is the most prominent feature of the EARTH 300 she also features a large observation deck with an attached helipad at the bow of the vessel.

The views from this part of the yacht will be nearly 360° providing the perfect opportunity for stargazing.

As is to be expected from a vessel meant for conservation efforts EARTH 300 will sail emission-free due to its engines powered by nuclear energy (specifically MSRs).

This technology has gained popularity in recent times and millions are expected to be invested in its research in the coming years.

The yacht is expected to carry a whole fleet of submarines to aid in underwater exploration. Exact specifications of EARTH 300 such as speed, reach and measurements are not currently available until the concept is further developed by Iddes.

Since the EARTH 300 Giga yacht is only a concept at this point in time there is no exact price tag that can be attached to this extraordinary vessel.

While the design and engineering processes are complete the research yacht is not expected to set sail before 2025 at the earliest.

However, large companies such as IBM, Triton Submarines, and RINA have announced their support for the project which will hopefully aid it in reaching completion in the coming years. 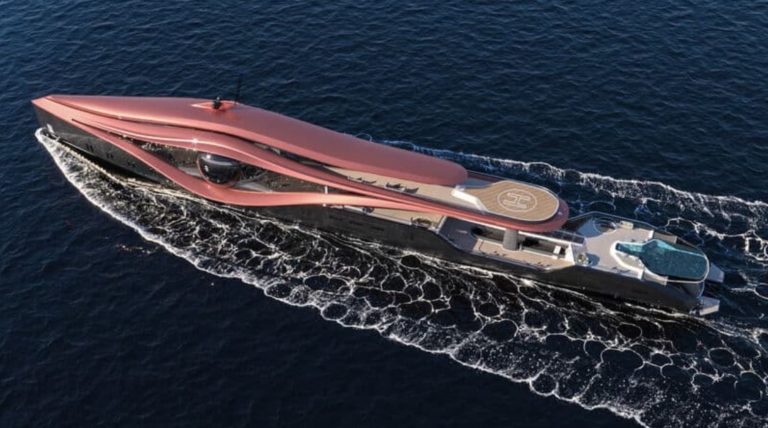 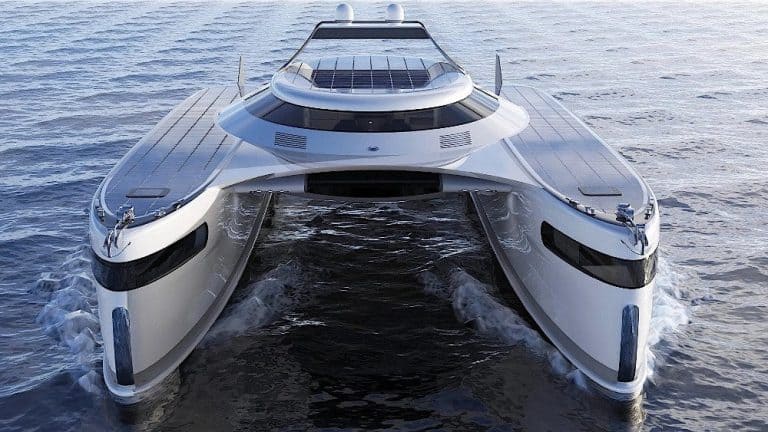 This 82-Foot Catamaran Concept Can Crawl Onto Shore

The PAGURUS is an innovative design for an amphibious catamaran. This out-of-the-box concept design can scuttle out of… 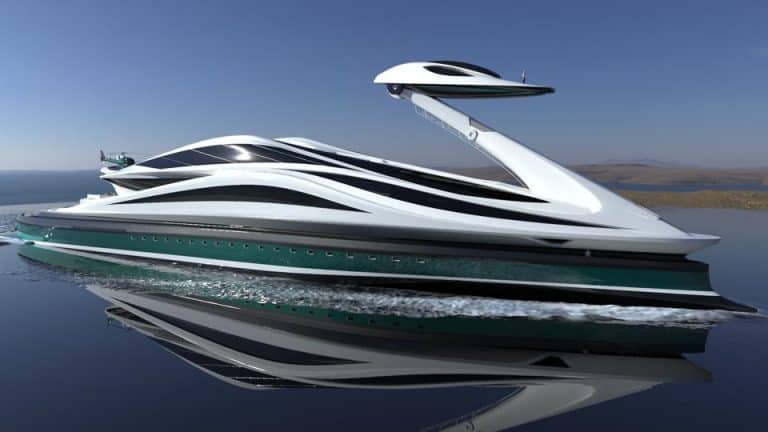 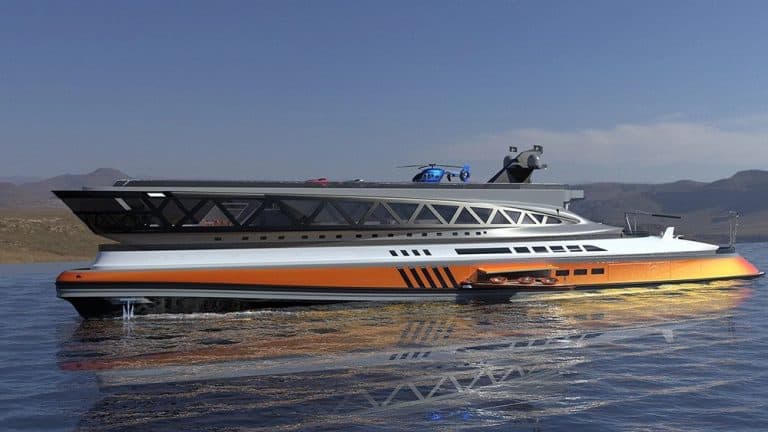 PRODIGIUM is a monolith-inspired concept vessel with sharklike features and ancient roman inspired architecture. The upper deck of…