The HERMITAGE yacht was constructed by Lurssen at their shipyard in Rendsburg, Germany. Winch Design, a British designer and design house, is responsible for her interior styling, and she was finished in the year 2011. Espen Oeino is responsible for the creation of the exterior design of this luxury vessel.

Her interior was designed by Andrew Winch of Winch Design,  an internationally renowned design studio that has built its reputation by contributing to the creation of some of the world’s most recognizable land, air, and sea-based projects.

Her exterior was penned by Espen Oeino, one of the leading designers in the superyacht industry.

The studio has produced designs for some of the most significant yachts thanks to its methodical and disciplined approach to problem-solving, as well as its thorough understanding of the engineering-related aspects of yacht design and naval architecture.

The exterior color scheme is white on black, with the black masking most of the windows on the superstructure and covering the main mast. Aft garages have tender room, which is likely supplied by twin hatch doors.

Additionally., a big pool is positioned on the sundeck in front of the main mast, while a jacuzzi is located on the upper deck forward, overlooking the bow.

The HERMITAGE megayacht has been designed to provide luxurious accommodation for a maximum of 12 guests across its 6 suites.

In addition, she has the capacity to accommodate up to 18 crew members, which makes for a much more relaxing luxury yacht experience.

HERMITAGE yacht features a steel hull, an aluminum superstructure, and teak decks throughout her construction.

She measures 68 meters (224 feet) in length and is powered by Caterpillar engines. The superyacht is capable of reaching a maximum speed of 15 knots while her cruising speed is 11 knots.

HERMITAGE Yacht costs around $100 million and has yearly operating costs that range anywhere from $5 million to $10 million in the United States.

The United Metallurgical Company, also known as OMK, is among the most important manufacturers of pipes and railway wheels in Russia, in addition to a variety of steel goods for the industrial, transportation, and energy sectors.

Sedykh has a net worth of $2 billion and is listed as a billionaire in Forbes’ Billionaires list of 2021.

Oceanco’s H Yacht is the epitome of luxury and extravagance. With a price tag of $150M, a yacht… 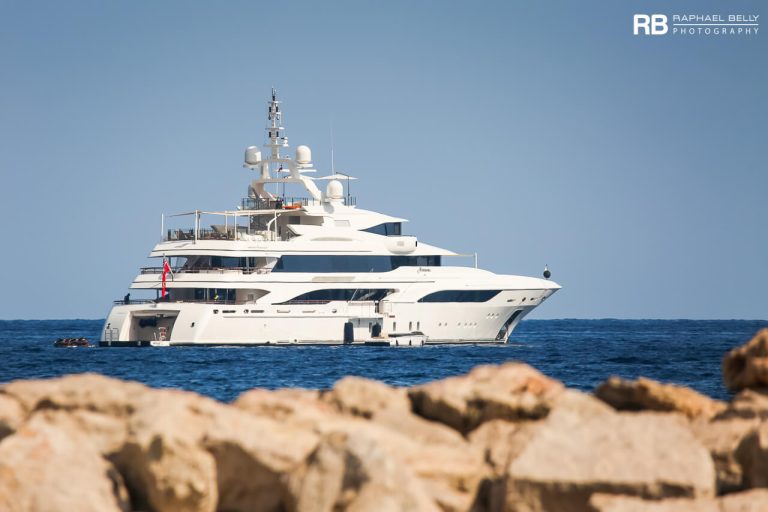 FORMOSA yacht is built by the Italian shipyard Benetti, one of the leading shipyards when it comes to…
Read More