The luxury KISMET yacht is owned by Shahid Rafiq Khan. With a value of approximately $200 million dollars, the weekly charter rate costs the incredible US $1.2 Million per week.

She was bought in 2014 after she was launched by Luerssen from Hamburg, Germany.

She has won several awards for her unique design including The World Superyacht Awards in 2015 and she was finalized for the ShowBoats Design Awards in 2016.

The name KISMET stands for the word for “destiny” or “fate” in Urdu which is Shahid’s native language.

Inside the KISMET yacht is just as luxurious as you might expect. The interior was designed by Reymond Langton, an award-winning design company that specializes in luxury yachts.

The owners Pascale Reymond and Andrew Langton have completed a wide range of significant projects since they founded their company in 2001.

Some of the yachts they worked on include AVIVA, TITAN, SERENE, and KAOS.

Based in Bath in the United Kingdom Reymond Langton says of themselves that they prioritize balance, proportion, and emphasis in all of their designs.

KISMET is a prime example of their high-quality work that is tailor-made to every project they uptake.

She was designed in the style of a luxury five-star hotel with a “champagne and caviar theme” including a black marble deck, a full gym, helipads, and an elevator.

Of course, there is high-speed internet available on board allowing guests to be connected wherever they go.

One of the bathtubs is made of solid onyx and there is even a retractable fireplace with an integrated waterfall and a winter garden deck.

This yacht can welcome up to 12 guests in 7 cabins. There is a lavish owner’s suite, a master bedroom, two VIP suites, two standard double rooms as well as two twins.

28 crew members find space in below-deck cabins. The owner’s suite includes walk-in wardrobes, a private jacuzzi, and his and her bathrooms.

This yacht is designed for entertaining and events. With several salons and a lot of deck space, she is ideal for hosting lavish parties and celebrations.

The aft deck is directly connected to a sports bar which can even be transformed into a dance floor reminiscent of a luxurious nightclub in the evenings.

High-quality wood, leather, and marble decorate the interior of the vessel with influences of Art Deco design.

This yacht truly achieves its design goal and lets guests feel as though they were staying in a luxurious hotel.

Intricate wall designs and custom-made marble flooring take this yacht to the next level and provide true luxury.

Since she barely lies under the 100-meter mark, she is currently considered the 63rd largest motor yacht in the world. Manufactured from steel and aluminum, this yacht is durable and versatile.

Her two propellers are diesel-type 3516C-HD engines with an impressive 5438 horsepower. At a weight of 2928 tons, she can reach cruising speeds of 12 knots and maximum speeds of 17 knots under ideal conditions.

Her fuel tanks allow her to have a range of up to 6000 nautical miles, which is considerable for her size.

The beautiful exterior of KISMET was designed by Espen Oeino, a renowned name in the world of superyachts.

Forbes has described him as the “superhero of superyacht design” in the past. His studio is based in Monaco, although he is originally from Norway.

She is one of his most famous projects and played a significant role in his career as a naval architect and designer. She features a large pool with mosaic tiles and an adjacent jacuzzi on the upper foredeck.

This area of the vessel provides breathtaking views over the ocean and nearby scenery. Even further up, there is a separate observation deck perfect for taking photos or watching the sunset.

The large helipad on the bow can also be used as a small basketball court allowing for an unforgettable match. There is a secondary helipad on the bridge deck that can be used for sun lounging.

Underwater lighting and modern stabilizers are additional features that the KISMET yacht provides. This vessel was designed with eco-friendliness in mind despite its high energy usage.

KISMET features a so-called “closed-loop system” that heats the pool and jacuzzi using energy from the engines. This system is incredibly efficient and sets her apart from other vessels in her size range.

The bowsprit is decorated with a four-foot jaguar statue that ties the exceptionally luxurious and unique design together.

It symbolizes the NFL team Jackson Jaguars which belongs to Shahid Rafiq Khan, the current owner of KISMET.

As a charter yacht, the KISMET yacht is equipped with an array of toys to entertain those onboard.

Several jet skis, scuba diving, and snorkeling equipment, as well as four tenders, are always at disposal of the guests.

She also provides towable water toys, which are consistently among her most popular during the charter.

The current owner of the KISMET yacht is the 71-year-old Pakistani-American billionaire Shahid Rafiq Khan.

As of 2022 he has an estimated net worth of US $7.5 Billion which earns him the ranking of 66th richest person in the United States.

The KISMET yacht is only one of his prized possessions, which also includes a Lamborghini Veneno and a Pagani Huarya.

Shahid is also the owner of Flex-N-Gate, a successful automotive parts supplier, as well as the Jacksonville Jaguars, a popular American football team that is part of the NFL (National Football League).

Born to a middle-class family in Lahore, Pakistan, Shahid, and his success are often associated with the American dream.

Shahid is said to have paid US $199 Million for the motor yacht KISMET. In 2004 he had previously ordered a custom yacht from Luerssen, which he also named KISMET.

However, she only measured 68 meters which he quickly outgrew, and only seven years after her launch, his new yacht was completed.

He sold the original KISMET and now offers the current one for charter.

KISMET is far from a standard yacht. She has actually been featured in the Netflix film 6 Underground starring Ryan Reynolds.

On past charters, the yacht has welcomed A-list celebrities such as Beyonce and Jay-Z making her one of the most popular charter yachts in the world.

Of course, this popularity isn’t unwarranted. The KISMET yacht provides her guests with incredible luxuries and leaves nothing to be desired.

This comes at the steep price of US $1.2 Million per week for charters, which doesn’t include provisions and docking fees. 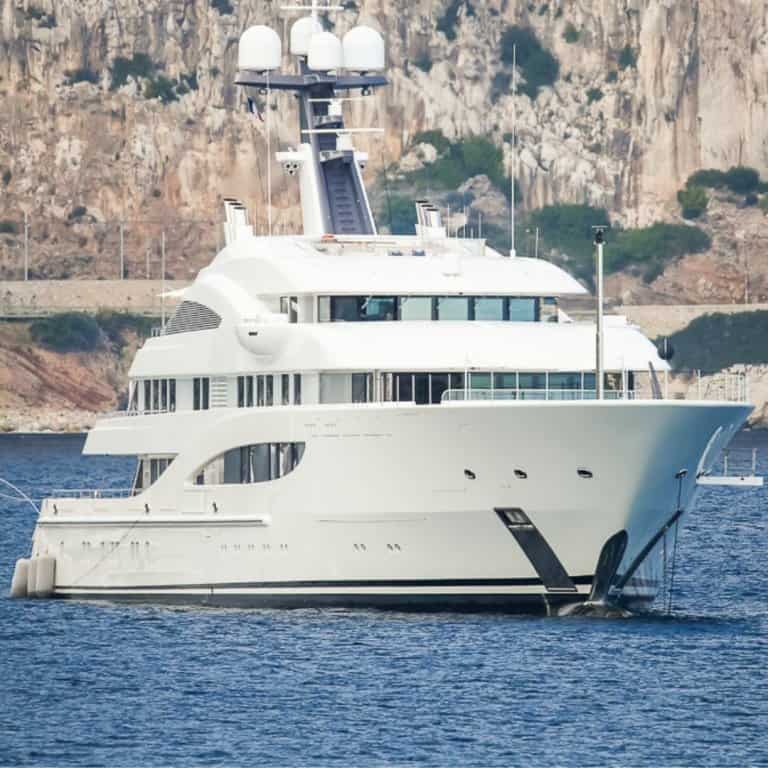 AMATASIA yacht, a $200 million superyacht, was commissioned by Igor Makarov in 2017. Lürssen Yachts is the builder… 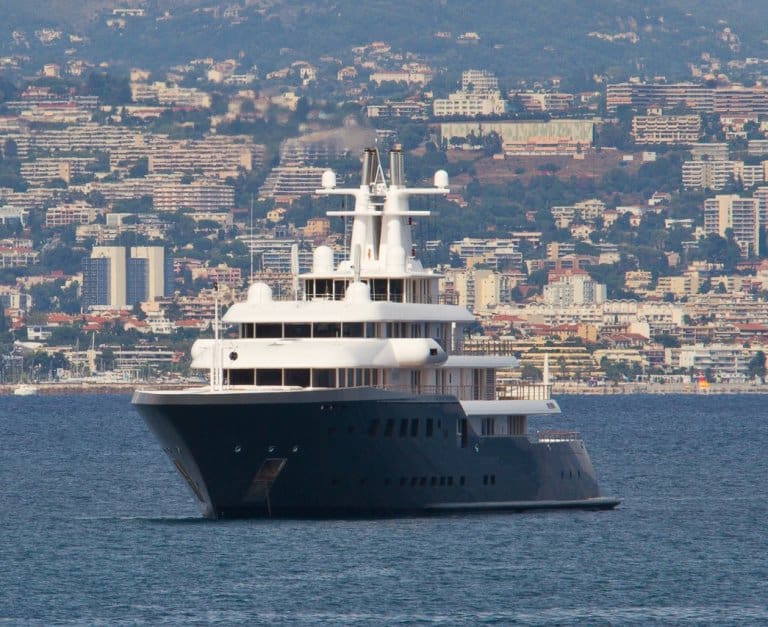