Whatever Terence Disdale may not have gotten in the way of a formal education in design, he more than made up for it by assisting the father of modern yacht design: Jon Bannenberg. His time as a design assistant to Bannenberg served to refine his skills such that when he founded Terence Disdale Design (TDD) in 1973, it was almost an instant success.

Yachts designed by Disdale’s studio are often uniquely brazen and debonair. He masterfully combines gloss-finished lacquer, wrinkled leather, and sand-blasted timber to create some of the most captivating yet comfortable yacht interiors.

Not many superyachts can appropriately be tagged incomparable, but Disdale’s are undeniably so. It’s no wonder he’s often contracted to design custom interiors for private yachts.

Some Facts About Disdale

To attain the height Terence Disdale has managed in over 50 years in the design industry, you must work hard. And as evidenced by the over 100 yachts he has designed over the years, he works pretty hard.

But like most people, Disdale is complex and multifaceted. He has a range of interests that go beyond work. For instance, he could be considered a party animal. Terence Disdale doesn’t shy away from a good time, and he often organizes dress competitions with members of his staff.

But if he’s not working or partying, you may find him fishing and sharing his hearty brand of humor with friends.

The design for many of the world’s most famous yachts began in TDD studio. The 92.4-m Tatoosh owned by Paul Allen and the 165-m Eclipse belonging to Roman Abramovich were designed by Terence Disdale.

Outside the yachting industry, Disdale has lent his skills to various projects, including a number of private jets for his high-profile clients. He’s also worked with notable companies like Feadship and contemporaries like Tim Heywood to produce majestic yachts.

In the 2014 ShowBoats Design Awards, he was honoured with the Lifetime Achievement Award. 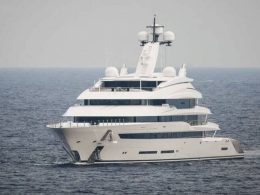 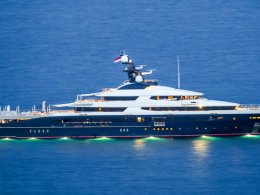 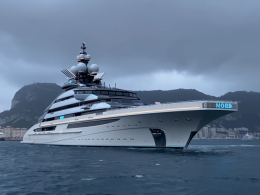