Yuriy Kosiuk is a Ukrainian billionaire, and he is the founder and CEO of MHP. It is the largest agricultural company in the Ukraine, based in Myronivka, Kyiv Oblast. The company’s best known brands is the popular chicken ‘Nasha Ryaba’, but they also carry international brands.

Born in 1968 in Katerynopil, Cherkasy oblast, Yuiry Kosiuk started his career as a broker at Kyiv Commodity Exchange. With the money he made there, he invested in his own company, which was a meat processing workshop. That later went out of business, but Kosiuk had since held several other posts in the food and agricultural industry. He has also received an award, holding the title of ‘Hero of Ukraine’, meaning that he has distinguished himself within the development of the agricultural sector.

He is married to Olena Kosiuk and they have one son, Ivan. Kosiuk and his wife live in Kiev, Ukraine, and their property is sometimes called ‘the Ukrainian Versaille’. It is believed that he owns another property near Moscow.

Kosiuk also owns a private jet – an ​​Airbus A318. He is also the owner of the ACE yacht, an 87 metre (285 ft) motor yacht. There were rumors that he also was the owner of the yacht Valery, but it is believed to only be a rumour. 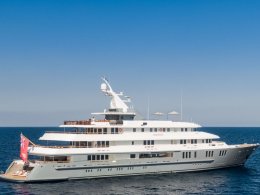 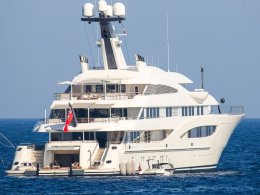 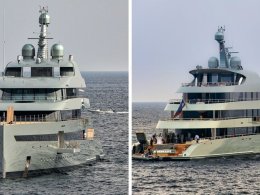 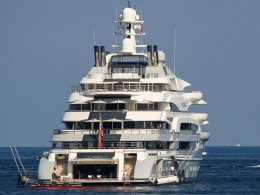