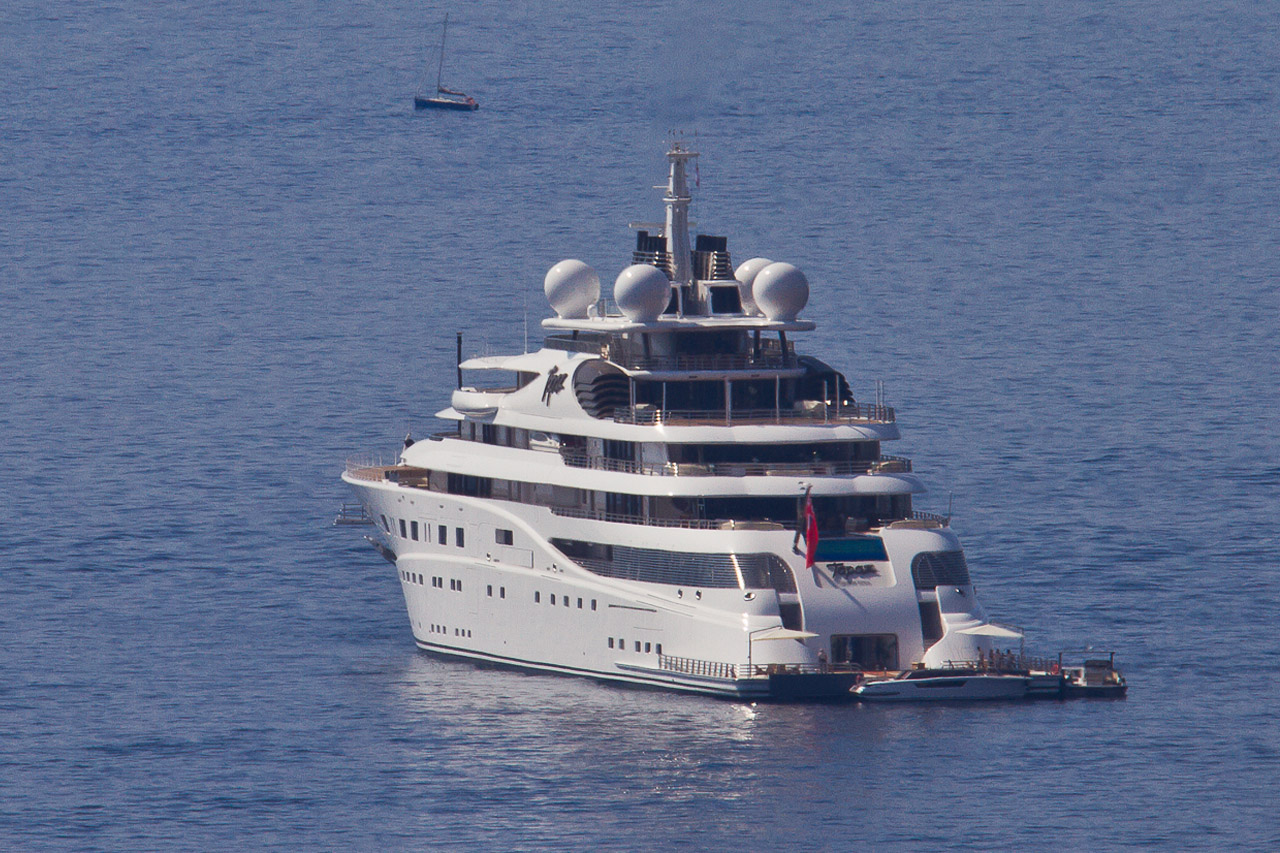 A+ yacht measures a length of 147.25m(483.1ft) and is one of the longest yachts in the world today. Terence Disdale Design masterminded the interior of the A+ Yacht, with Tim Heywood Designs designing the exterior. Lürssen built her in their shipyard based in Germany.

The A+ was designed by U.K.-based design company Terence Disdale Design. She can accommodate 52 guests in 26 luxurious staterooms, with 79 crew members in 40 cabins.

She has a fully equipped gym with the latest in sports technology, two Jacuzzi, a movie theatre, and a conference room. There are several dining areas inside and out.

She has an oversized tender garage that offers a wide choice of water toys such as jet skis, a catamaran, inflatable boats, and a mini-submarine. The tender can be accessed from both sides of the yacht.

There is not much known about the decor style, likely because a member of the Royal Family owns her, but Terence Disdale Design did release that they were briefed with an informal “beach house” decor style.

Tim Heywood Designs designed the impressive A+ Yacht. The A+ Yacht was built with a teak deck, a steel hull, and an aluminum superstructure. She was built by German shipyard Lürssen in 2012.

Her exterior is bedecked in an impressive light display that magnificently illuminates the A+ Yacht at night. Two elevators connect all eight decks, giving access to the two helipads and the swimming platforms.

She has a length of 147.25m(483.1ft) and is the 8th longest yacht globally. She is one of 58 motor yachts longer than 100m(328.1ft), with a cruising speed 3kn above the average of other boats her size. She reaches a top speed of 25,5kn, and a cruising speed of 22.9kn with her specially designed twin Peilstick diesel engines.