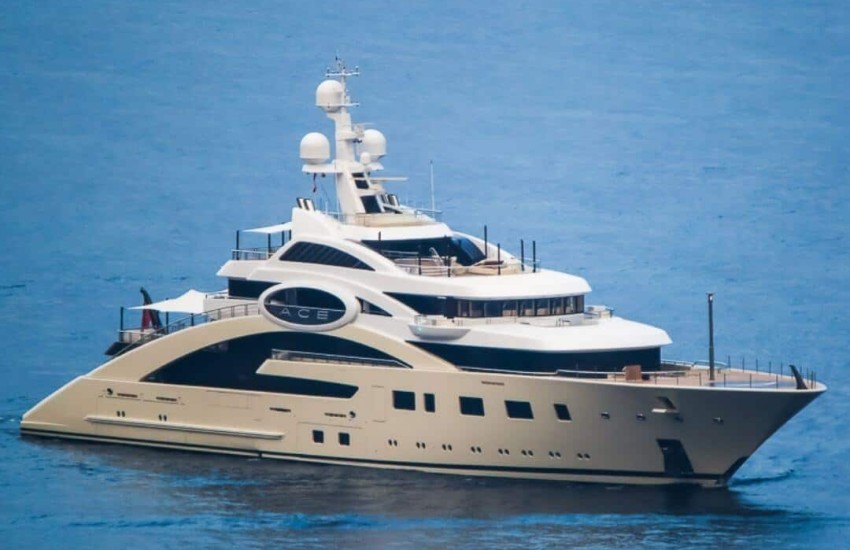 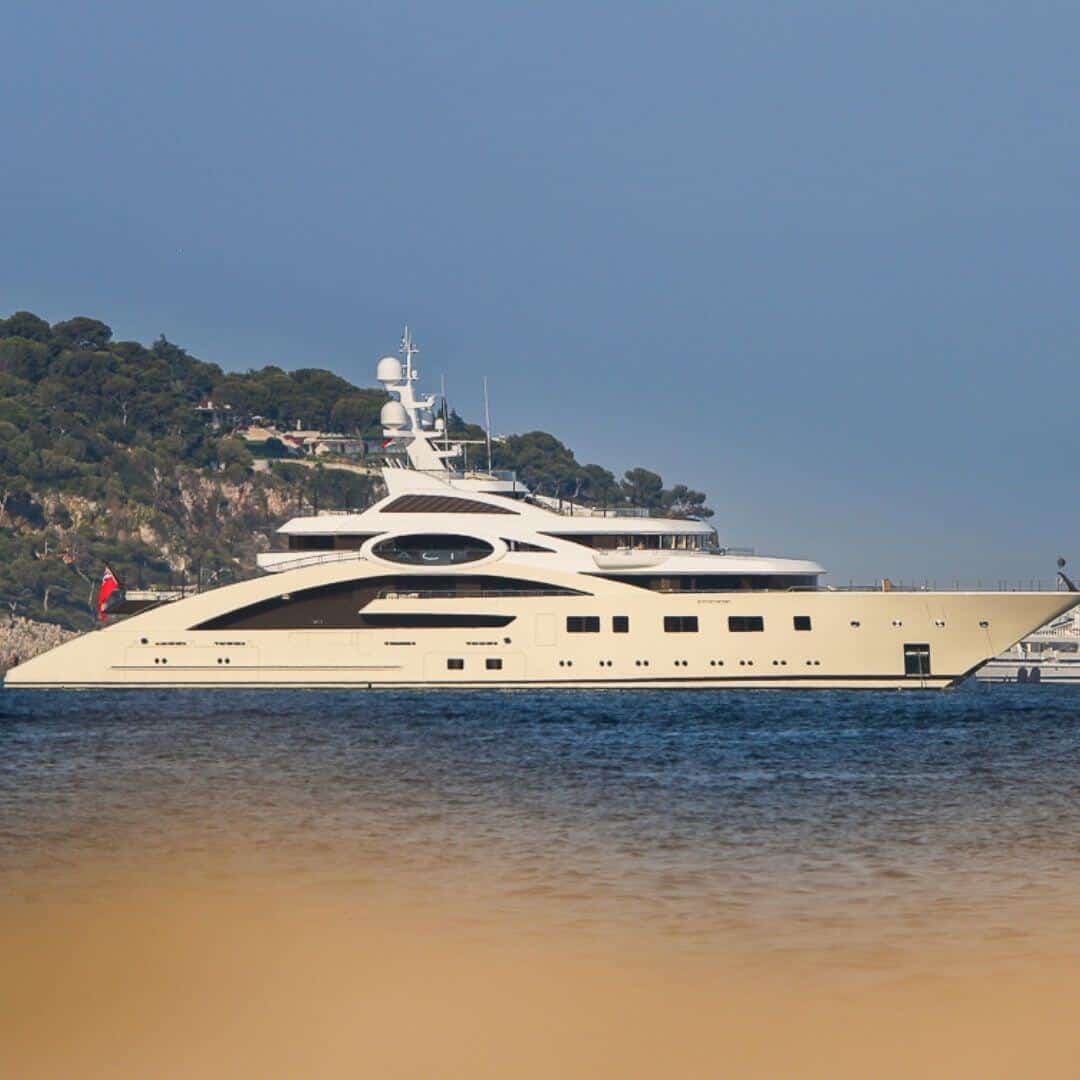 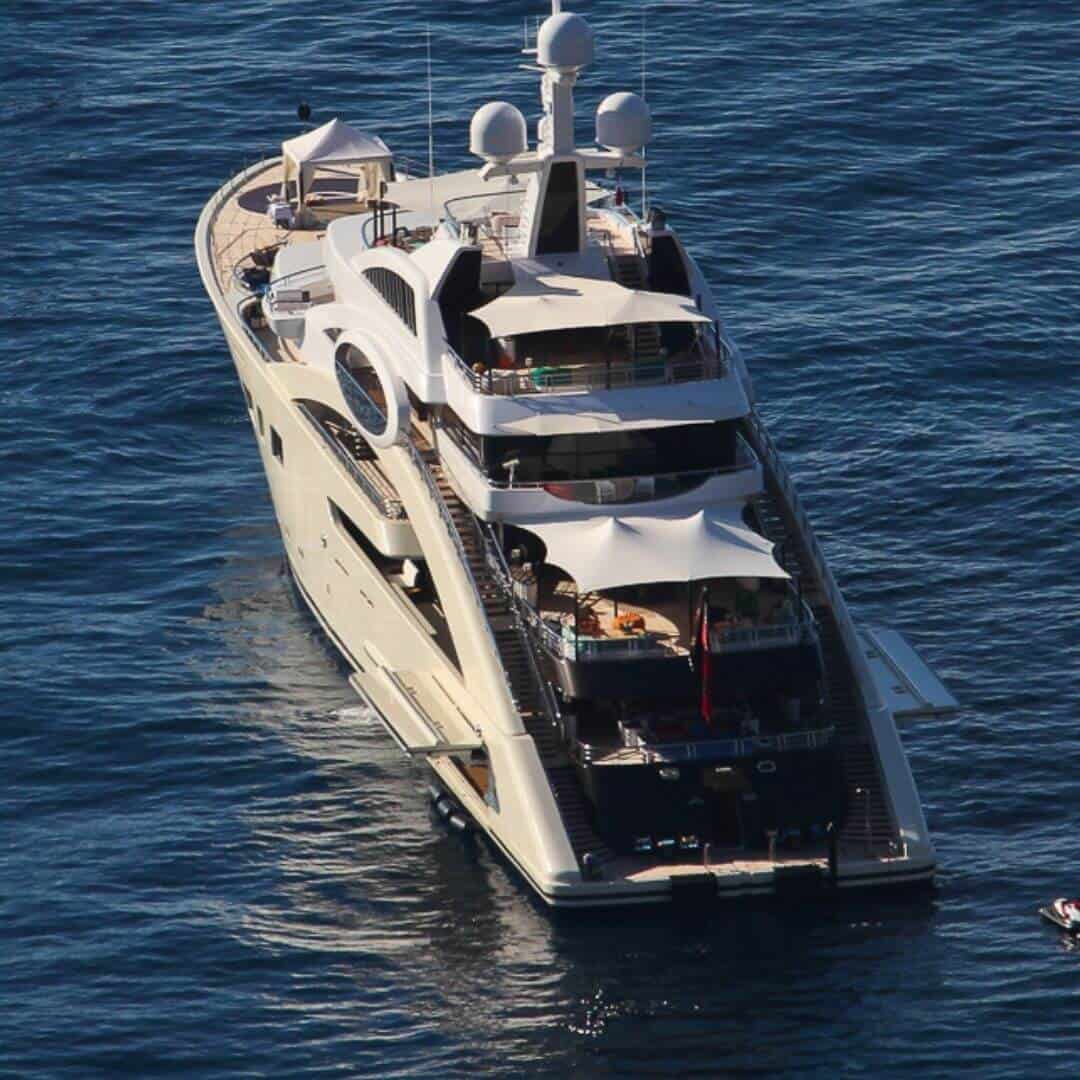 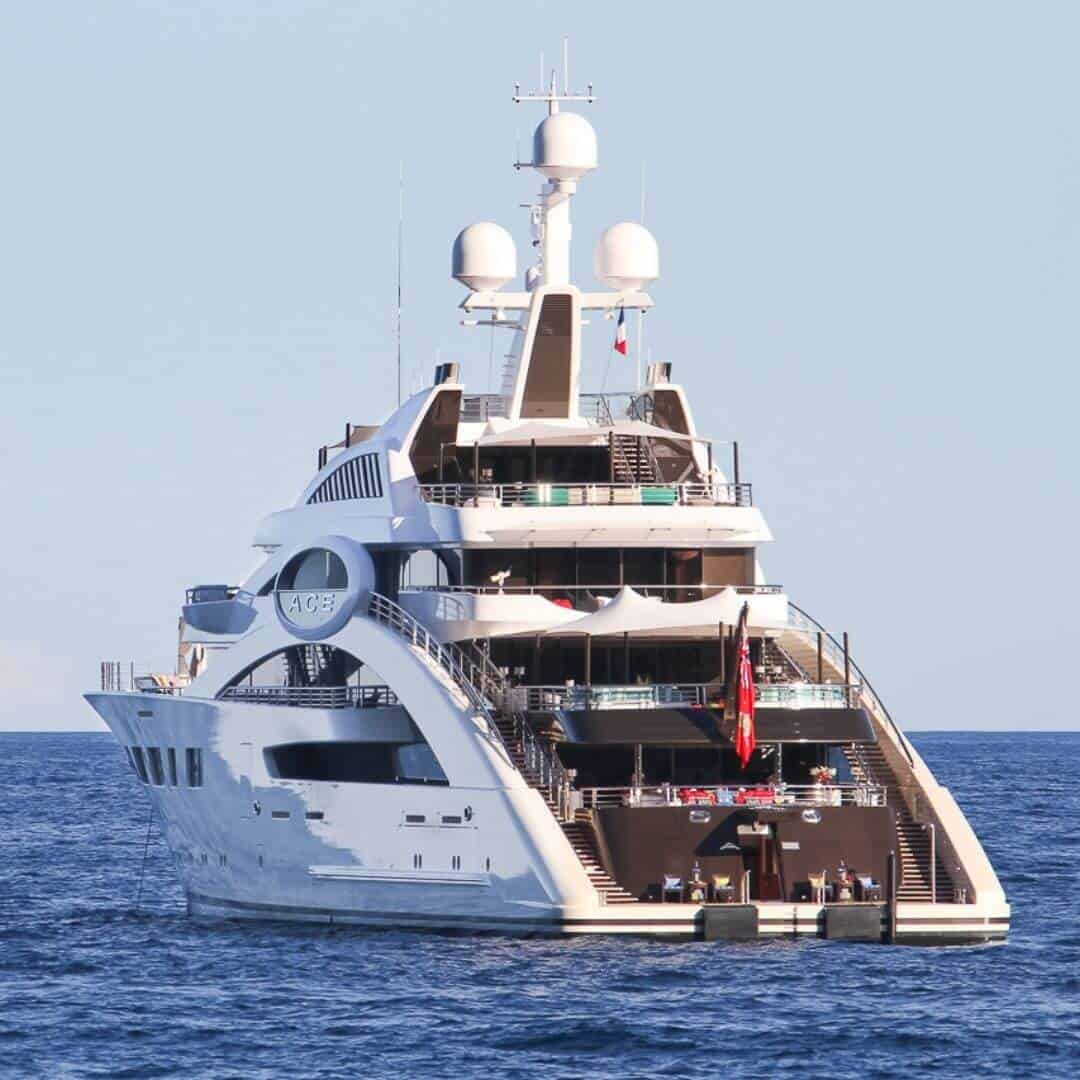 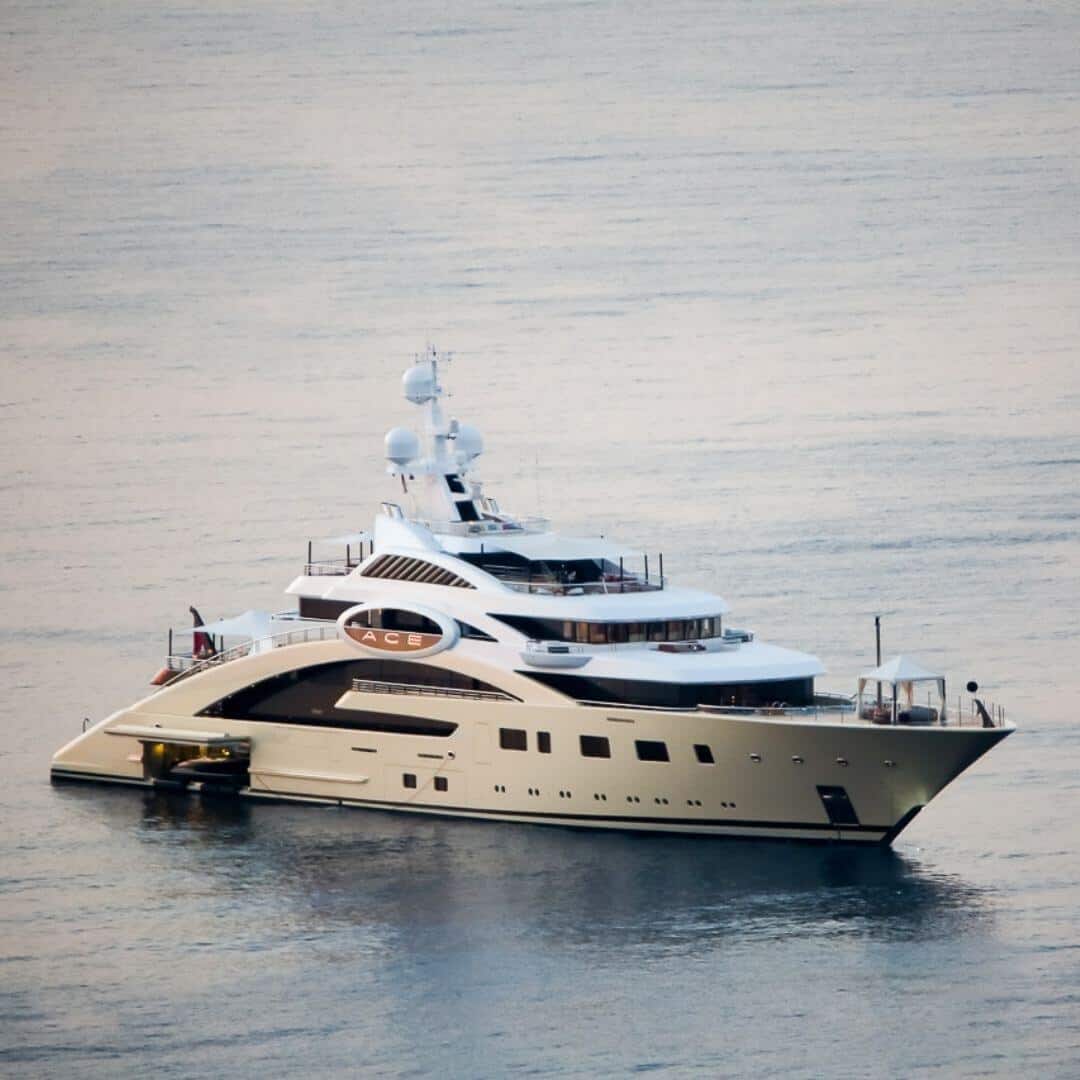 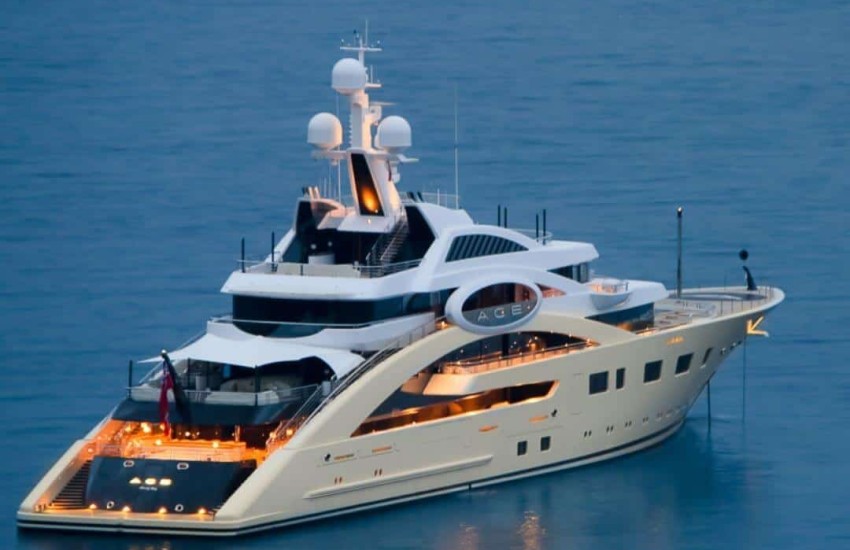 The ACE yacht was launched by Lürssen in 2012. Winch Design worked closely with the owner, Yuriy Kosiuk, an experienced boatsman, to execute a unique design for the boat.

The unconventional design of the boat has brought great pleasure to the guests and crew alike and features many toys and tenders to make the yachting experience memorable.

The boat has a running cost of $10-$15 million per year and is the 32nd largest boat built by Lürssen.

The ACE yacht was closely influenced by the requirements of Yuriy Kosiuk to be a family-orientated yacht.

With his guidance, Winch Design took the unconventional designs of the owner to create an interior that aimed at having a good time with family and making life onboard work better.

To achieve this, the traditional layout of a superyacht was reorganized. Several changes were made, including placing the owner’s suite facing aft and not upfront, allowing the owner privacy and panoramic views of the ocean.

The crew deck was built on the main deck, with sliding doors on the side deck to give them air, create happy working conditions, and attract the best crew.

The interior includes ten guests in 5 rooms and accommodation for 30 crew. The interior reflects a contemporary grand hotel with a light and fresh feel.

There is a Roman villa-inspired spa on the lower deck, a Russian tearoom, and a nightclub on the upper deck.

The main deck has a gym, and cinema and is large compared to the owner’s deck to allow more space for family fun.

The exterior features unique sweeping arches that appear wave-like on the haunches of the superstructure. The superstructure is aluminum, and the hull is steel. ACE is a Lürssen construction designed by Winch Design.

The exterior reflects a seamless transition between the interior and exterior. The arches on the ACE yacht are meant to show the “fantastic power of a wave,” reflecting the passion and enthusiasm of the owner. ACE has several toys to aid in the fun of the family and the guests.

The boat features Quantum XT Zero stabilizers that afford a comfortable experience aboard ACE. She was built to Lloyd’s 100A1 specifications. The boat was built in 2012 and refitted in 2018.

Yuriy Kosiuk, the owner of ACE, came to Winch Design with very specific ideas of what he wanted from the construction of his yacht.

He assembled the build team, which delivered the boat ahead of time, on budget, and the hand-picked crew appeared to have had a good time constructing the boat. He is a Ukrainian billionaire and the CEO of the country’s largest agricultural company, MHP.