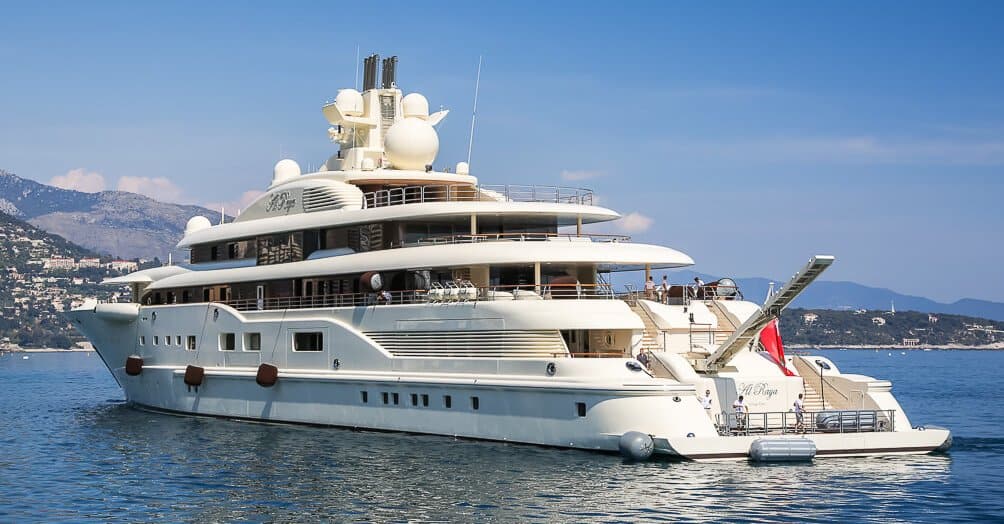 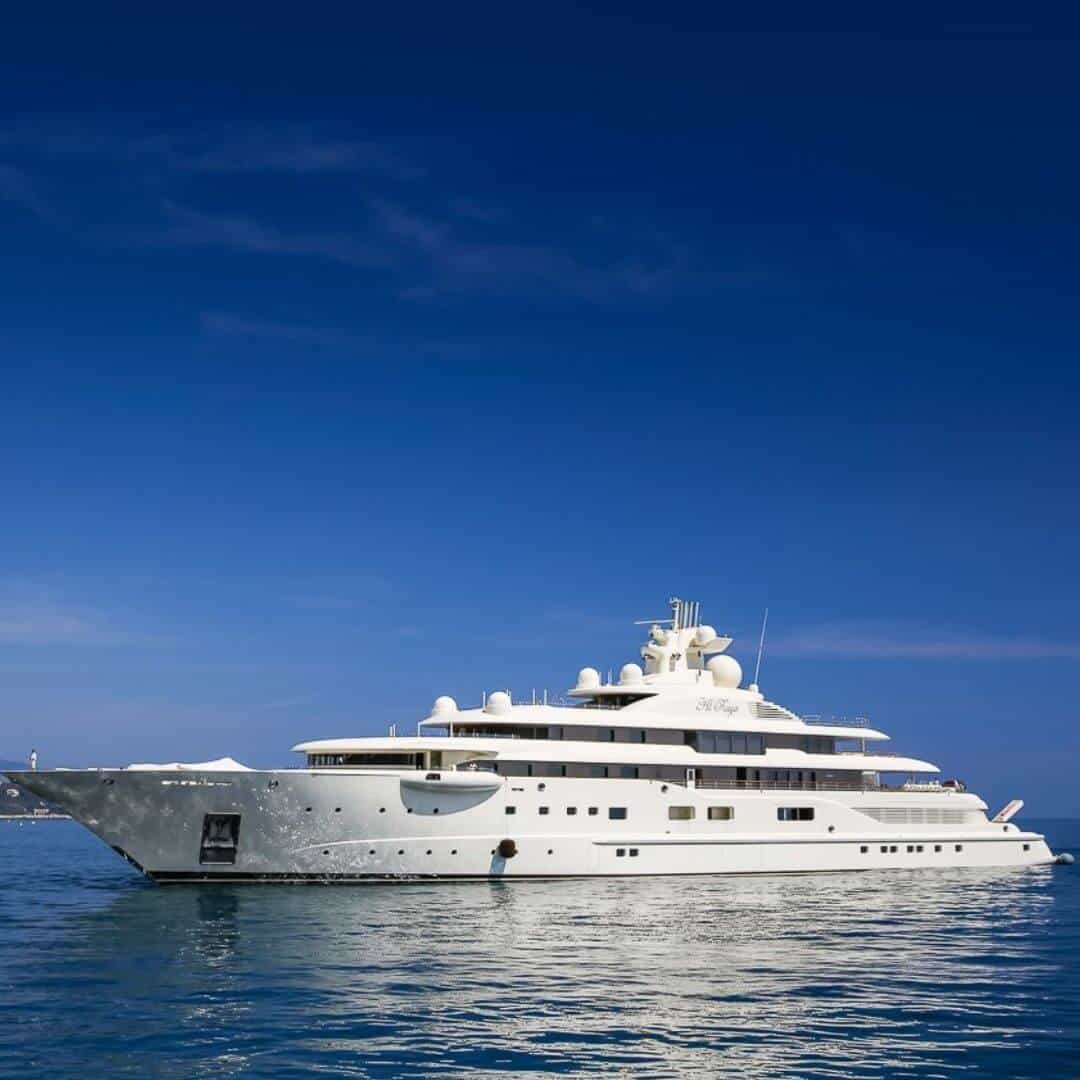 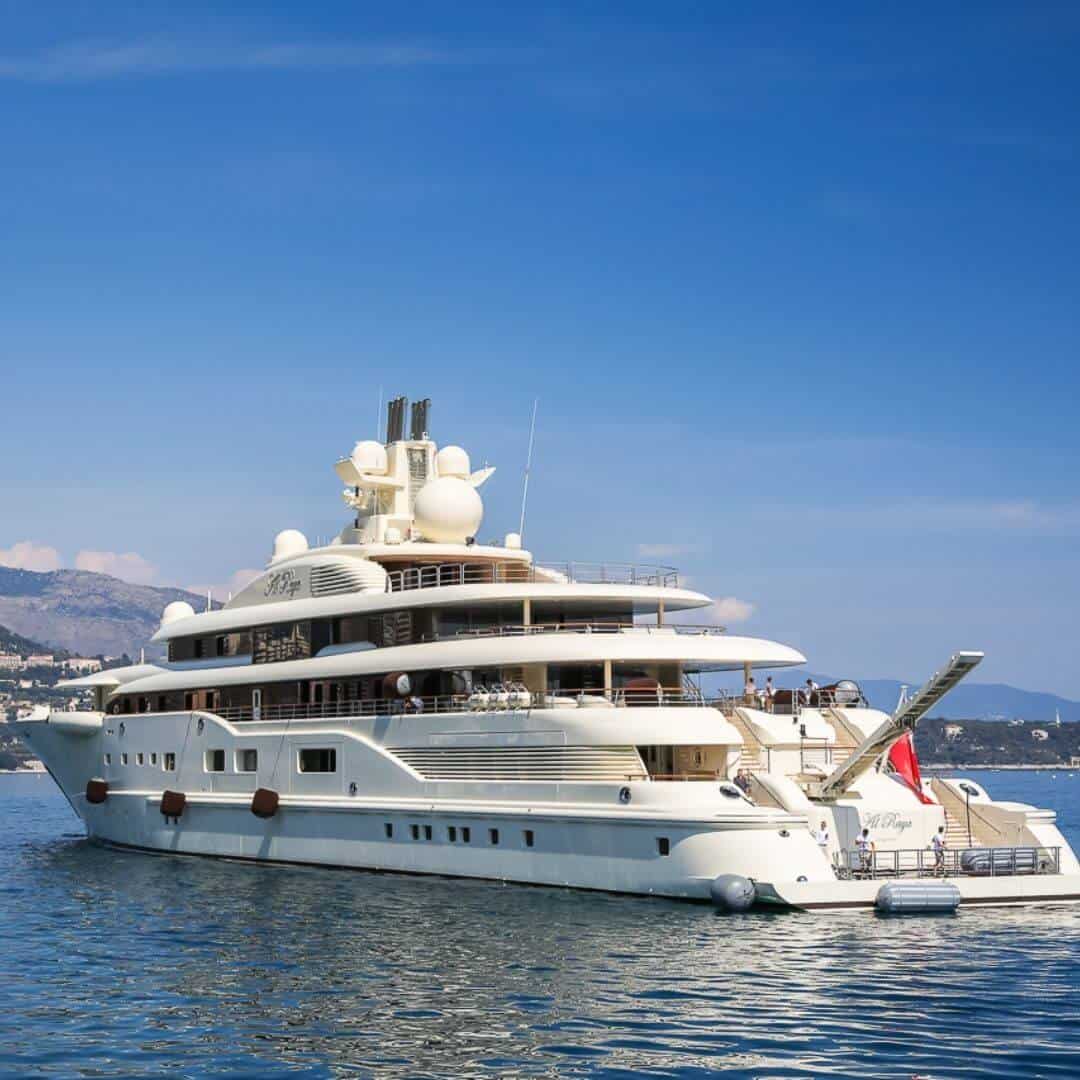 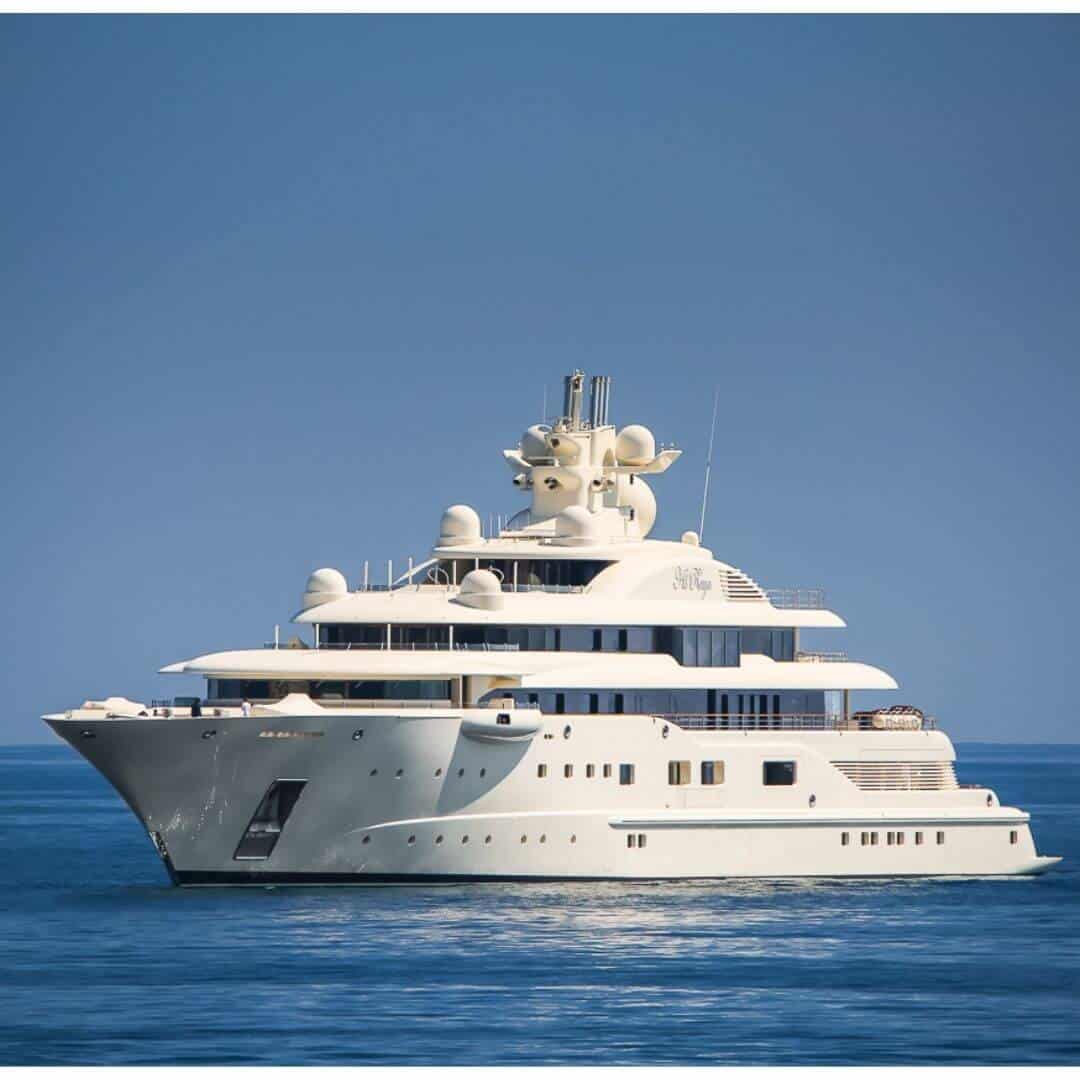 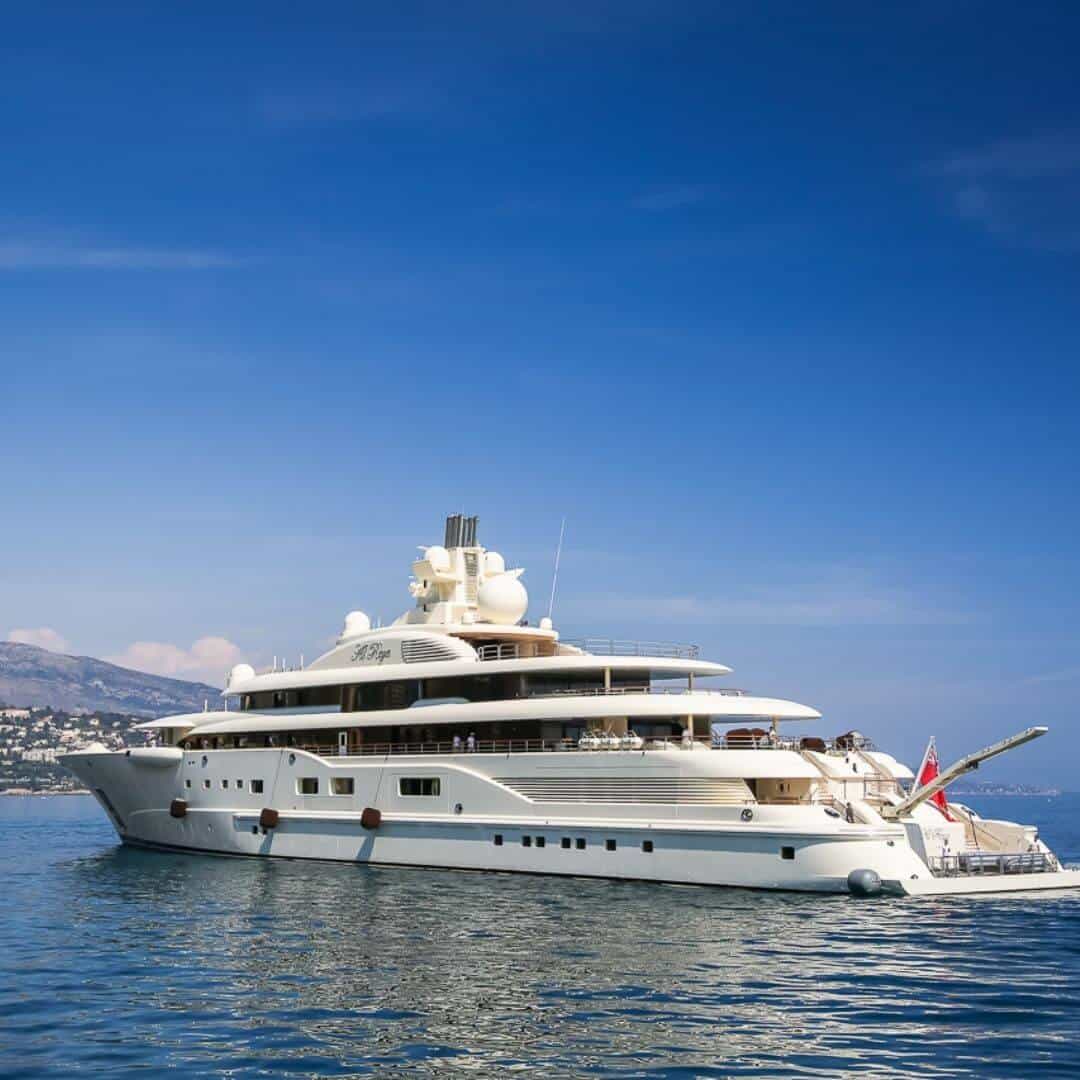 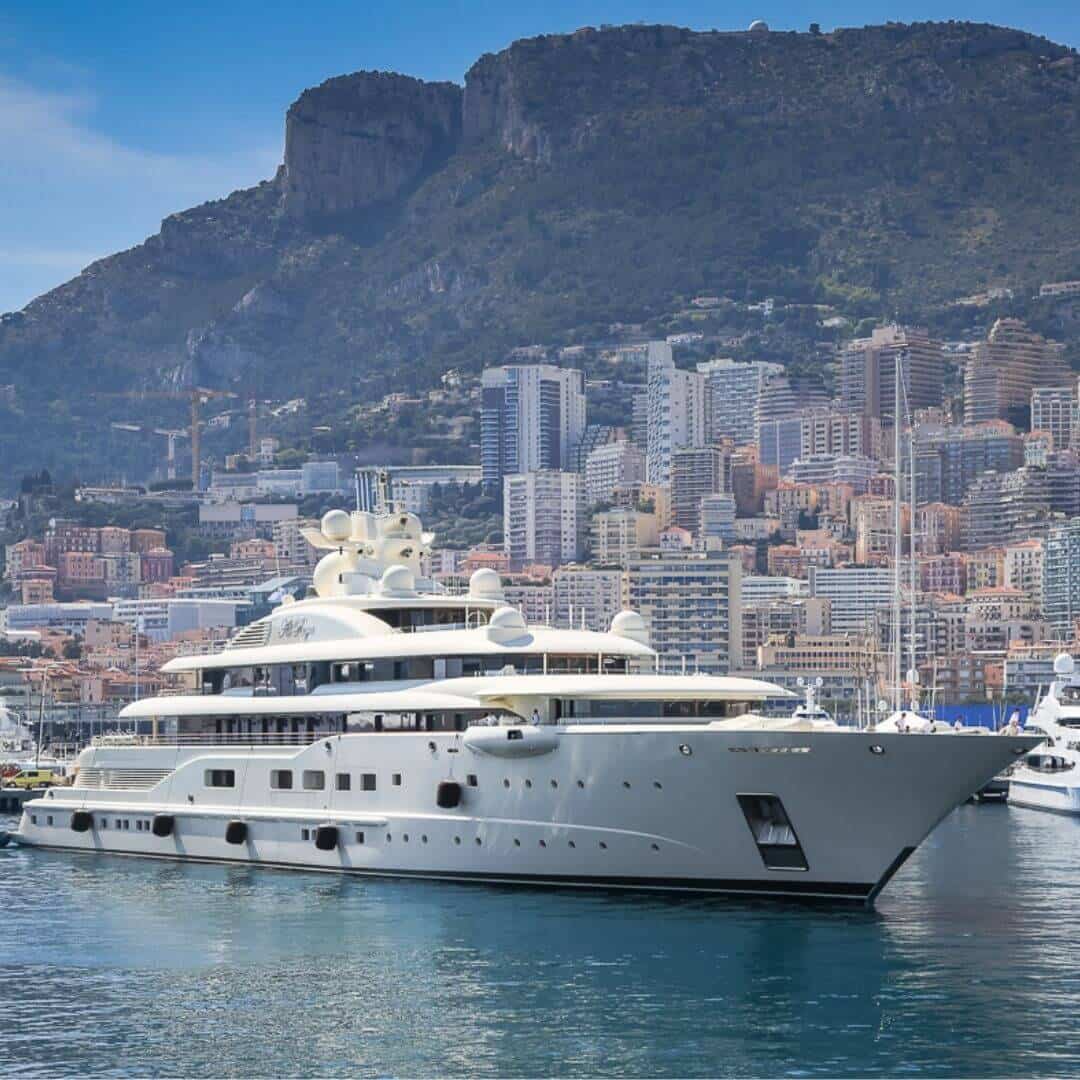 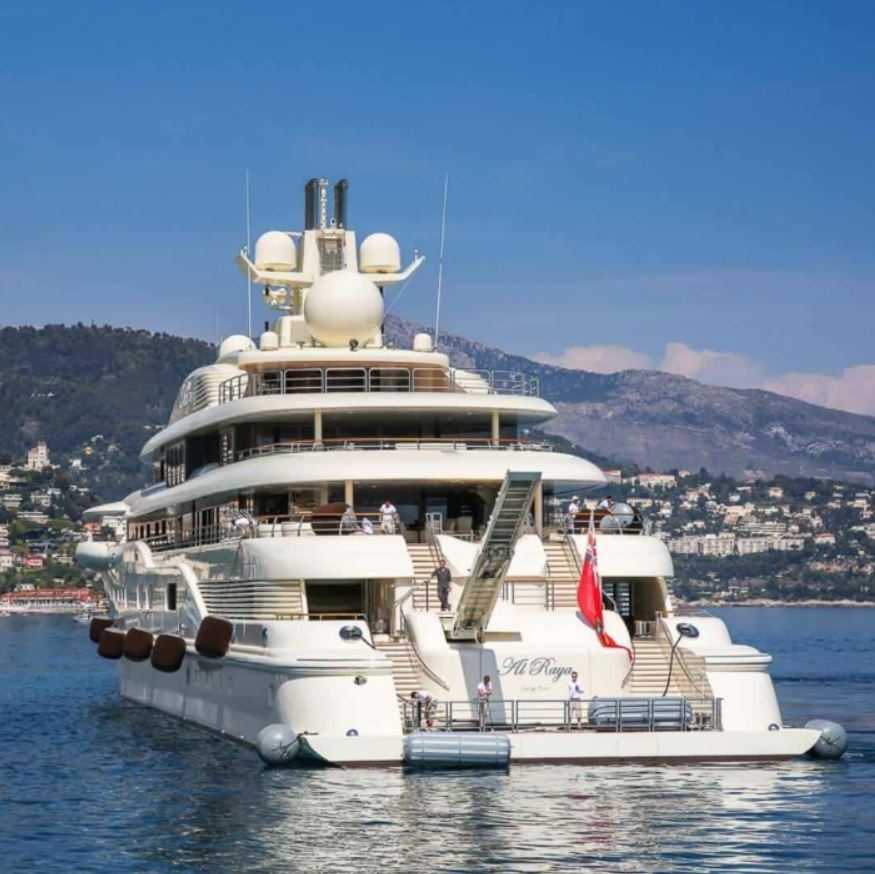 The AL RAYA yacht is an impressive yacht owned by the King of Bahrain and originally owned by Russian billionaire Alisher Usmanov.

The King of Bahrain purchased the AL RAYA under the Royal family’s name in 2018. The ship had a selling price of EUR 250 million.

The interior of the AL RAYA yacht was designed by Alberto Pinto. He is a renowned photographer and interior designer based in Paris, with an impressive portfolio that includes apartments, corporations, hotels, yachts, and jets.

The French interior designer has left his mark on the impressive interior. AL RAYA boasts a large pool and cinema area, a sauna, a steam room, a massage room, and a hospital. There is a saloon containing a grand piano.

The owner’s deck boasts a large office and conference room. There are accommodations for 16 passengers and 47 crew members in 21 crew cabins and four staff cabins.

The crew has access to their own gym. The captain’s cabin includes a dressing room and an office. The impressive yacht also boasts a security room to monitor the entirety of AL RAYA.

The Al Raya features an exterior design by Tim Heywood Design. The build was executed by Lürssen Yachts in their shipyard based in Germany.

She was delivered in 2008. She has a steel hull, an aluminum structure, and teak decks. AL RAYA features underwater lighting and is one of the biggest yachts in the world.

She reaches these speeds with 2 MTU engines. She features an Underway stabilization system that reduces the roll of the boat to experience a smoother experience aboard the boat.

She was built to Germanischer Lloyd 100A5 CMCA MOTOR YACHT AUT classification society rules. She has a ($15-$25) million running cost per year.

The King of Bahrain owns the AL RAYA yacht. She was initially built as Dilbar for Russian billionaire Alisher Usmanov. Usmanov listed the Dilbar for sale under a new name, Ona, in The asking price was EUR 250 million.

Usmanov sold his Dilbar to create the next Dilbar, an impressive yacht that displaced three times the weight of the renamed AL RAYA.

The King of Bahrain bought the yacht in 2018 and renamed her AL RAYA. He has a net worth of $5 billion and owns a second yacht. AL RAYA is currently under private use.