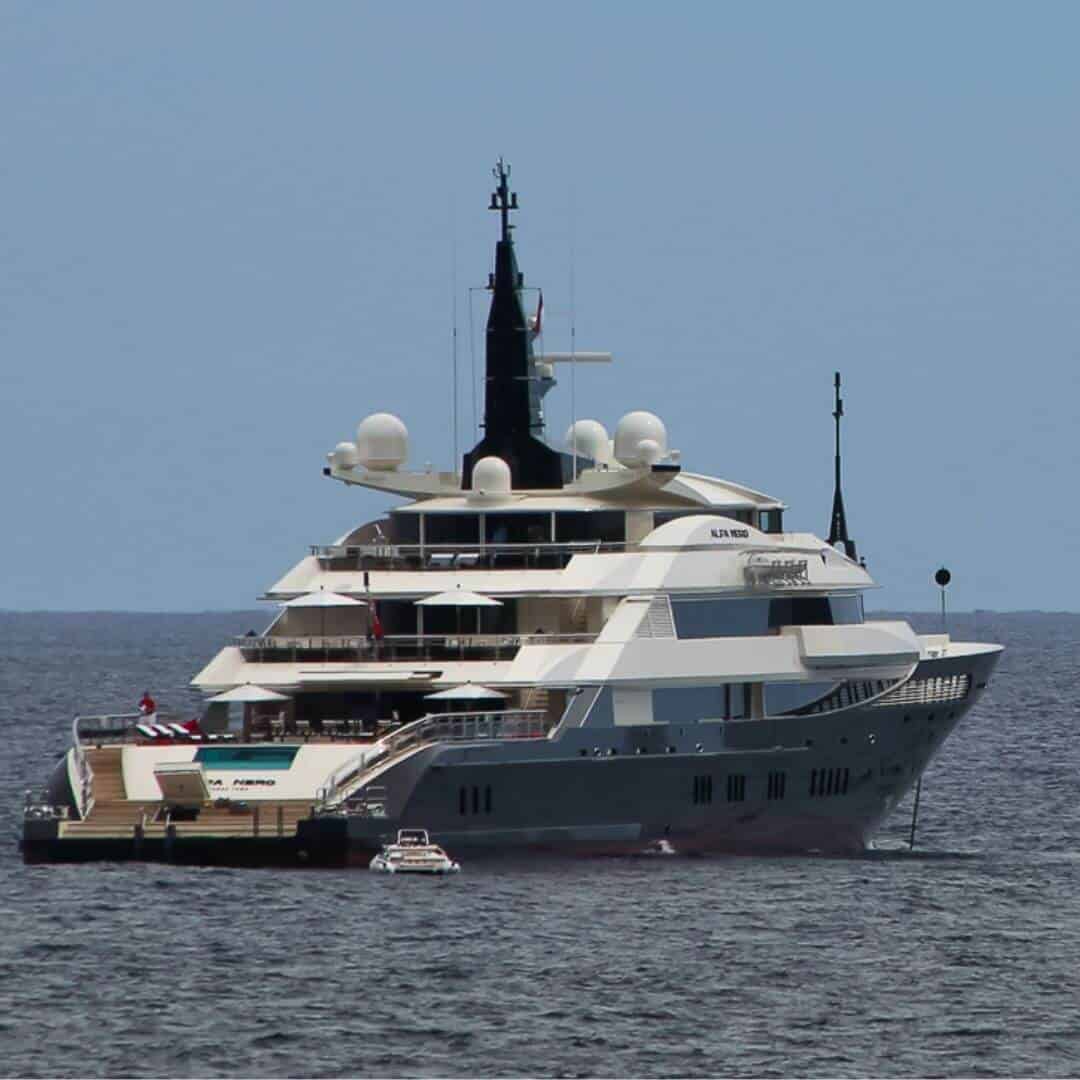 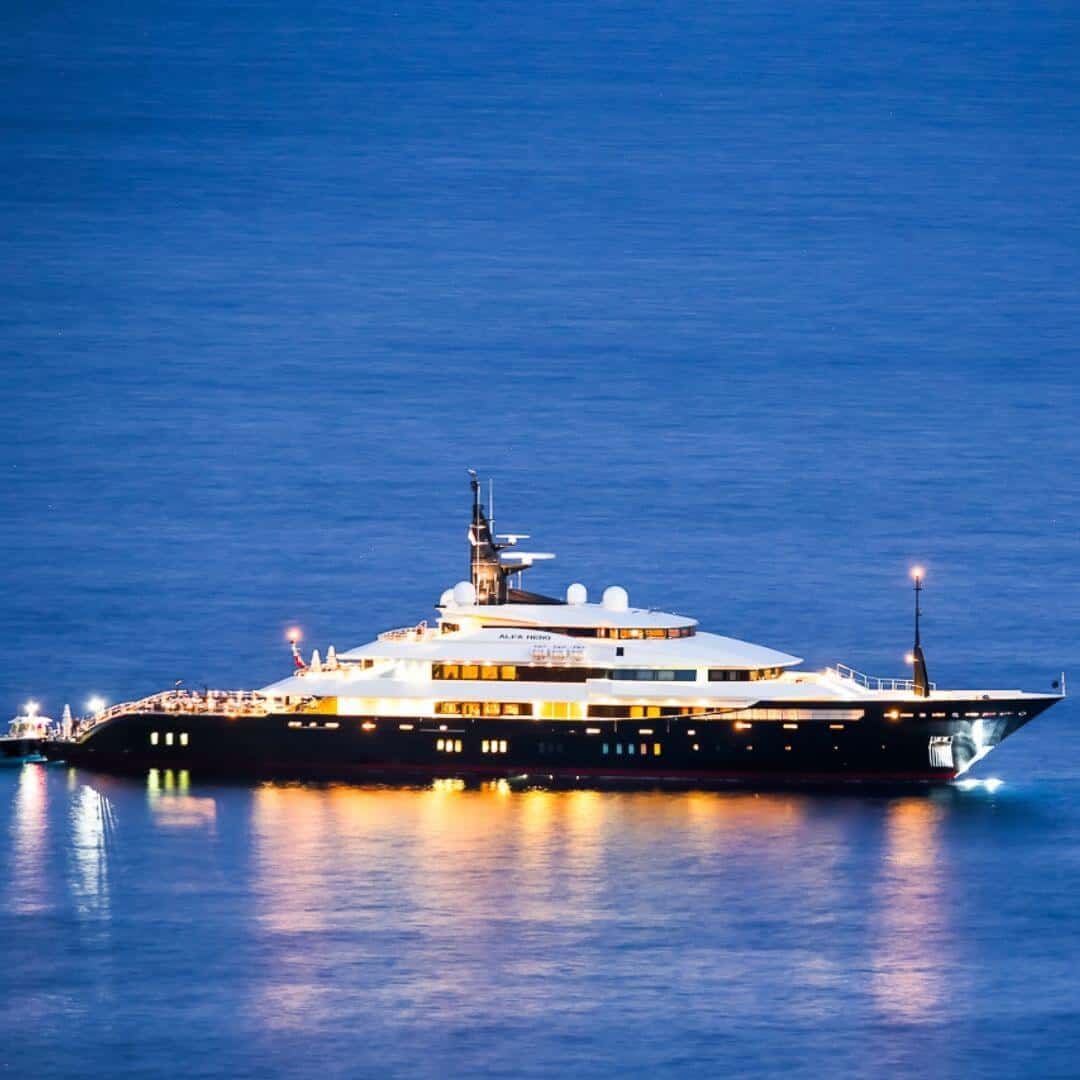 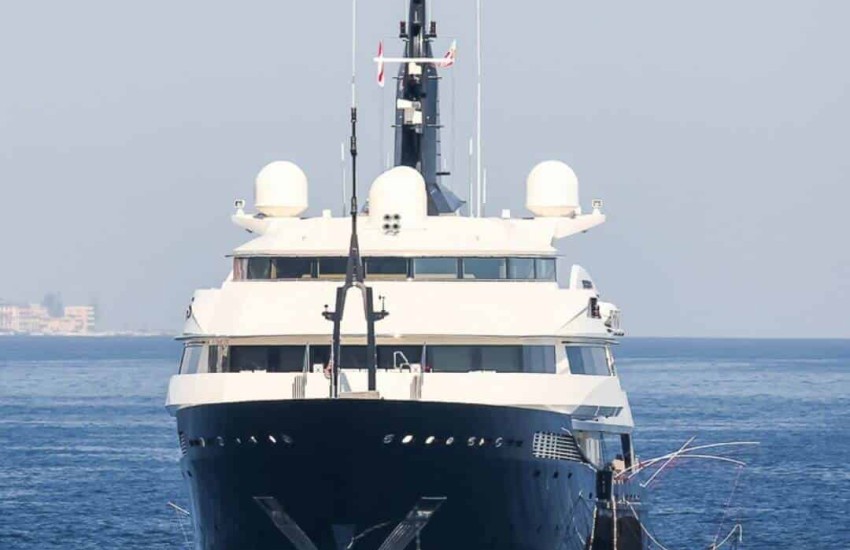 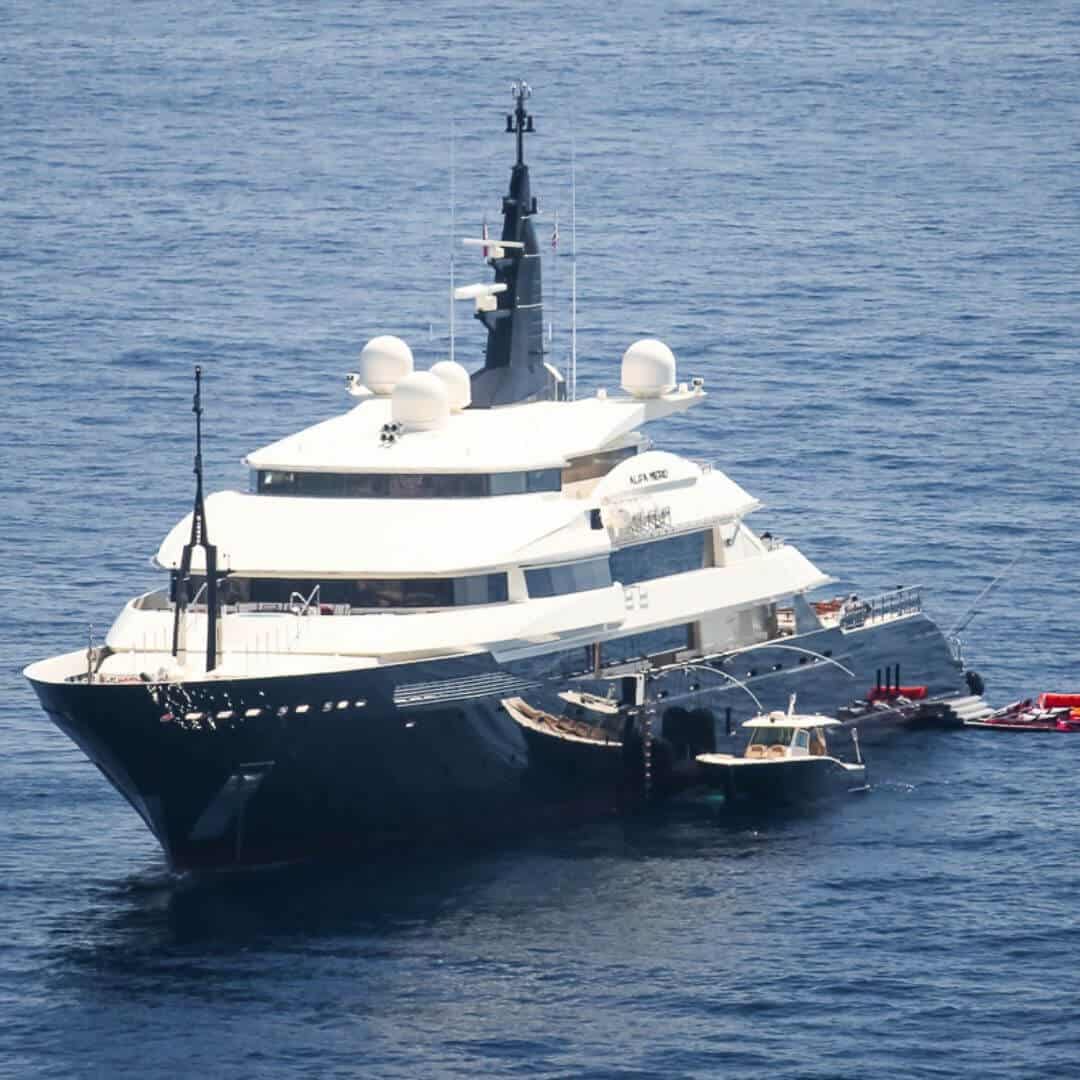 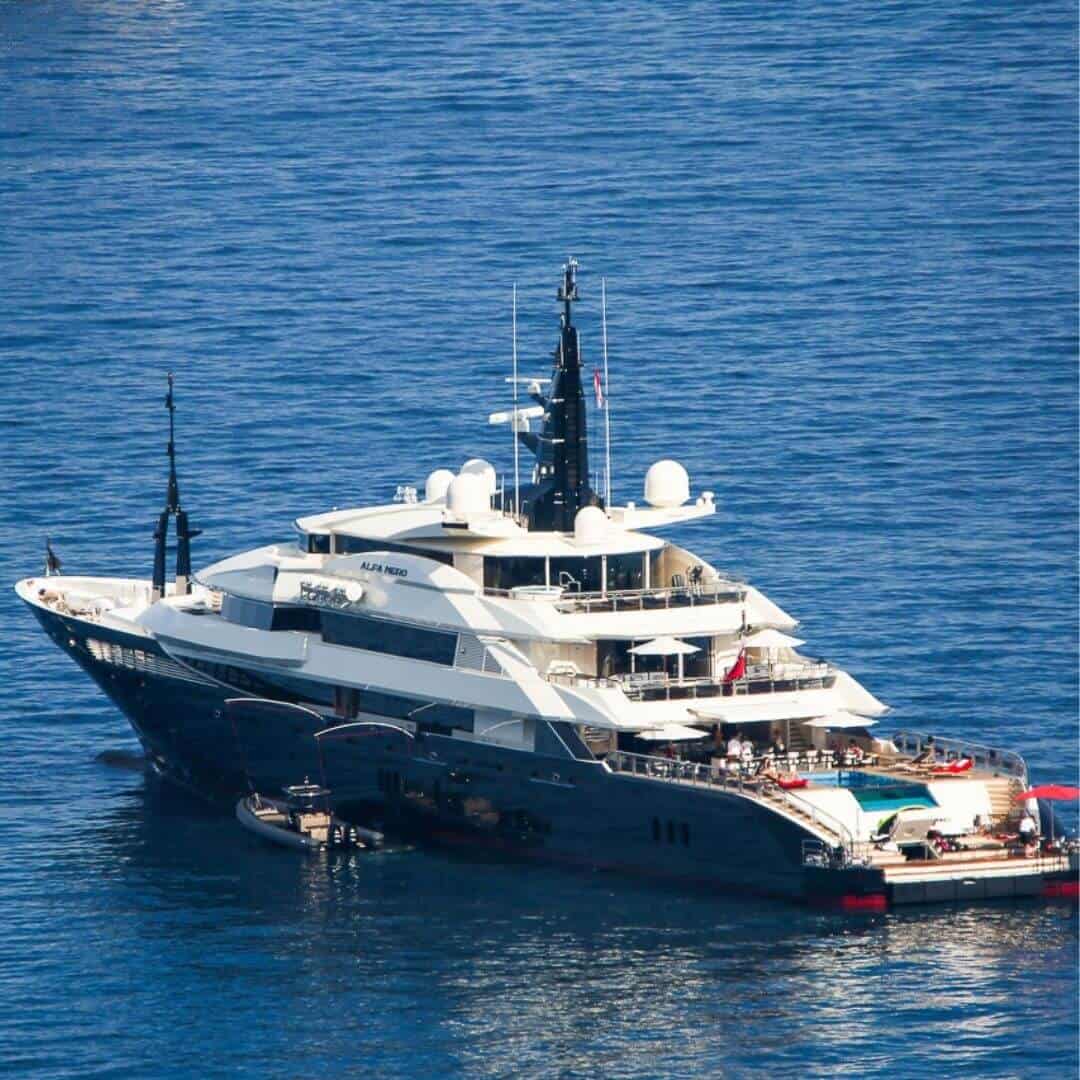 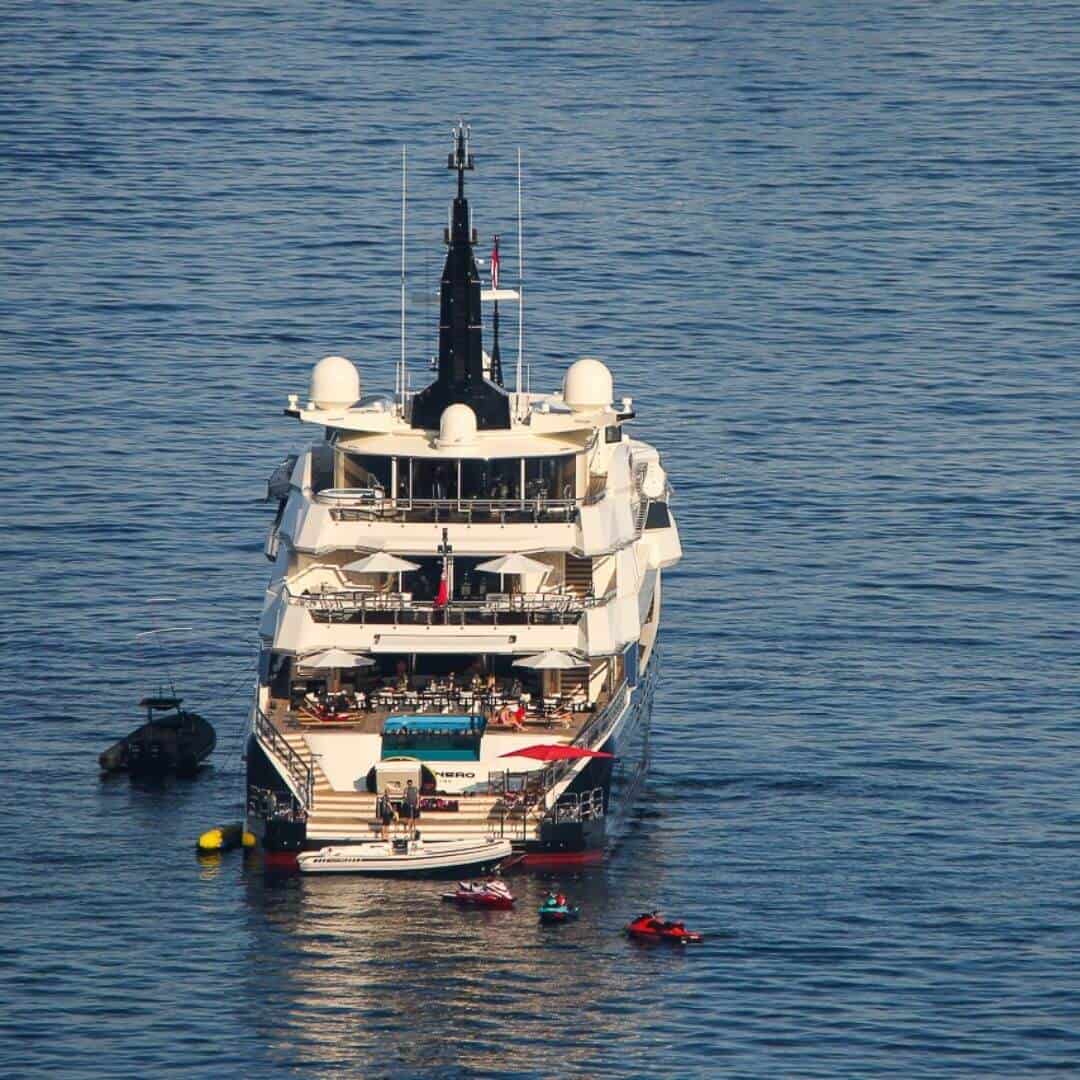 The ALFA NERO yacht is an 82.27 meter (266.8 ft) luxury yacht first built by Oceanco in 2007 but recently refurbished for her owner Andrey Guryev.

She ranks in 121st place on the list of largest yachts in the world and was designed by Alberto Pinto and ​​Nuvolari Lenard. She is currently available for charter for a weekly price between US $730,000 and $940,000.

Alberto Pinto Design Studio worked on the interior of the ALFA NERO yacht. Twelve guests can be accommodated in six beautiful cabins, and a crew of 26 finds space below deck. The massive master suite even has a private terrace and spa pool.

The yacht has an onboard hair and beauty salon, a spa, a dance floor, and a gym. Her interior design is heavily influenced by pop art, which sets her apart from other charter yachts.

Her luxurious furnishings were hand-picked by her designers and let the interior space of the vessel appear inviting and open.

The exterior of the ALFA NERO yacht was developed by Nuvolari Lenard, an Italian yacht design studio. She has actually won numerous awards for her exceptional exterior and continues to impress the industry despite her age.

The onboard beach club is very large considering she only has a total length of 82.27 meters (266.8 ft).

She also has an infinity pool on the aft deck that can be converted into a helicopter landing pad if required which is yet another unusual feature.

The owner of the ALFA NERO yacht is Andrey Guryev, a Russian businessman, and billionaire. He is the former head of PhosAgro, one of the largest fertiliser companies in the world.

As of 2022, he has an estimated net worth of US $11.4 billion which was acquired in the chemical industry.

Together with his wife, Evgenia Guryev has two children who frequently join him on his luxury yacht. He spends the majority of the year in his London mansion, Witanhurst, which is the second-largest private residence in the city, after Buckingham Palace.

He also owns an Airbus A319 private jet valued at US $90 million. ALFA NERO was originally built for the Greek businessman Theodore Angelopoulos, who decided to sell the yacht in 2009 for US $190 million.

When she still hadn’t found a new owner in 2011, the price was reduced to only US $120 million. In 2014 Andrey Guryev finally acquired the superyacht. 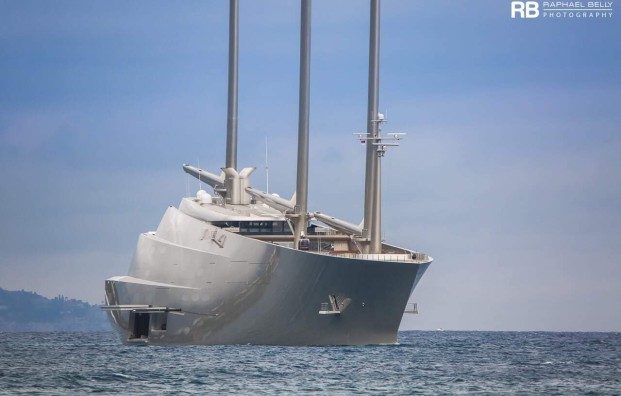 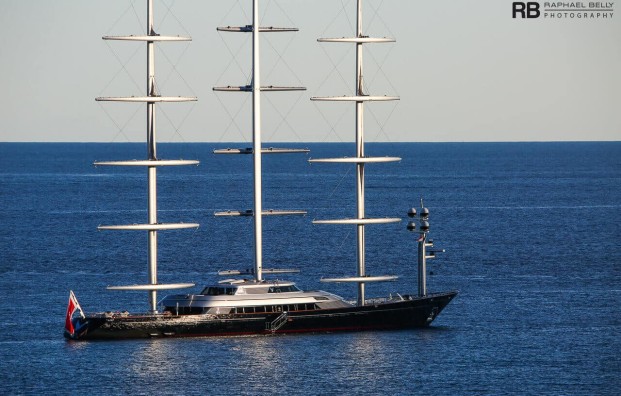 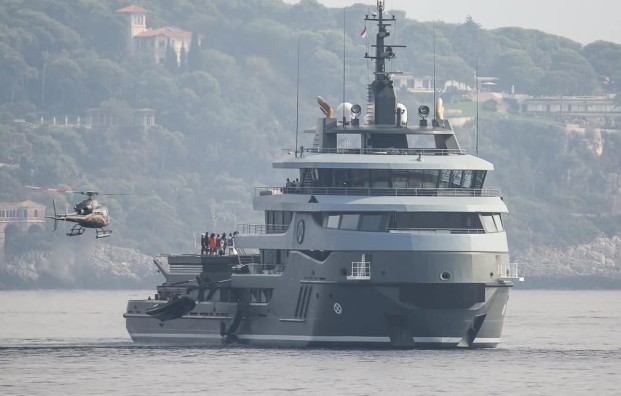 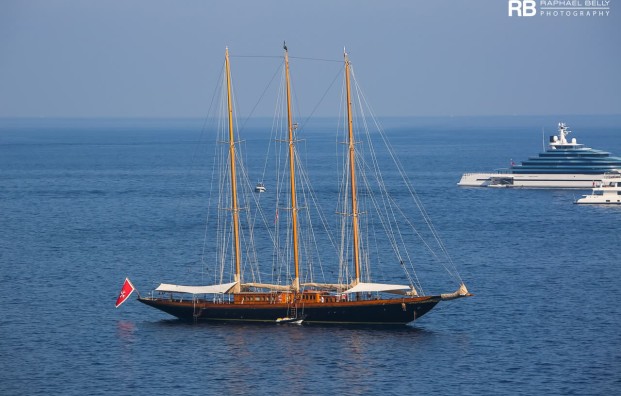