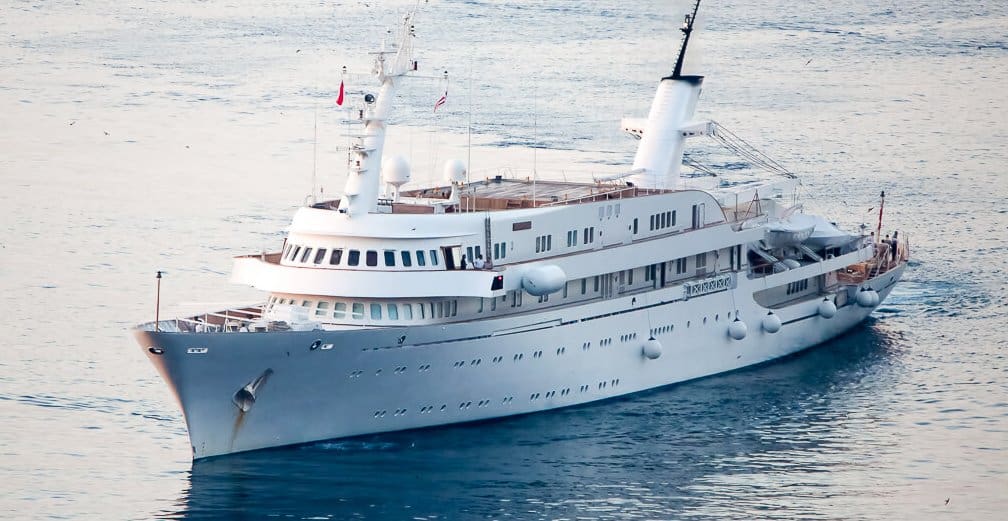 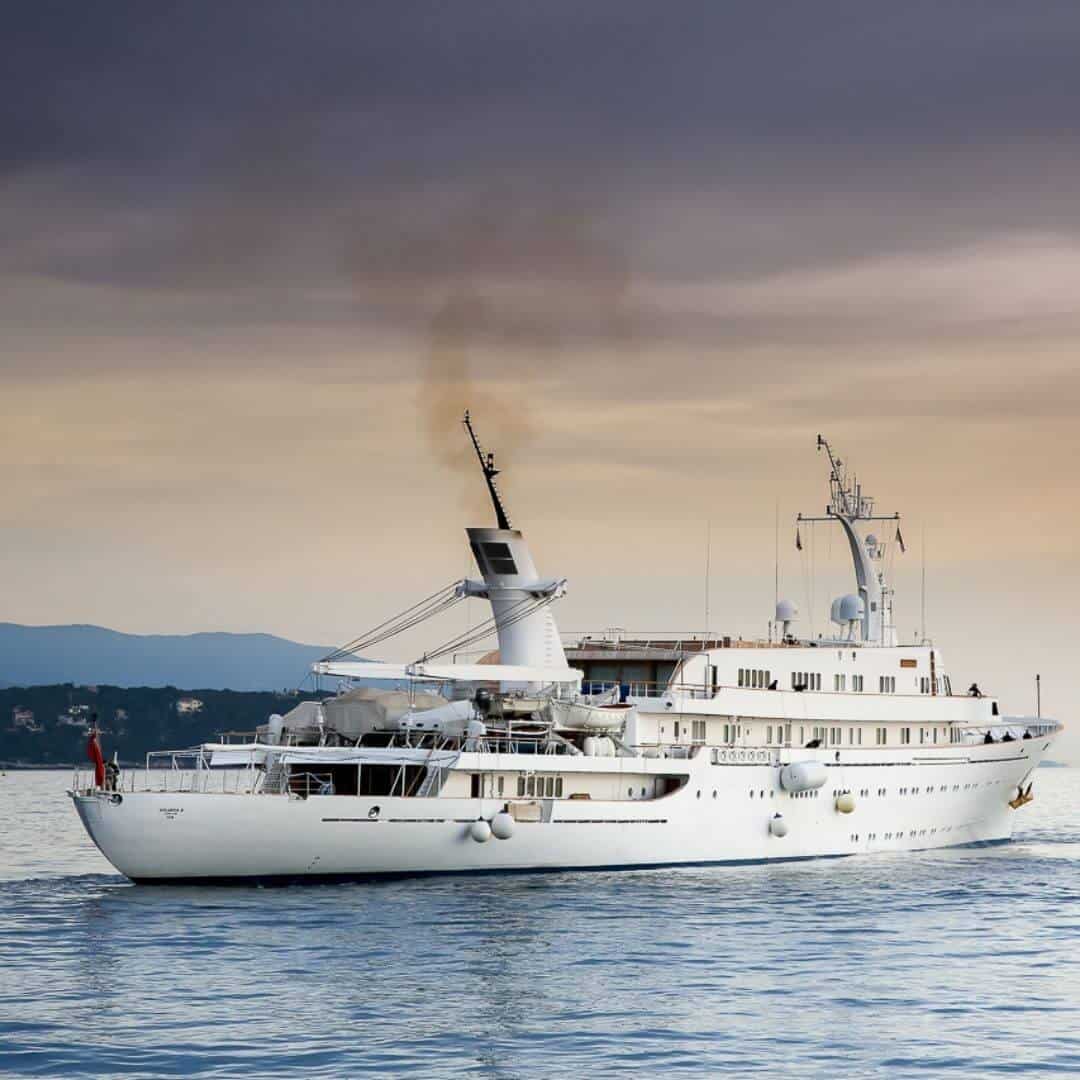 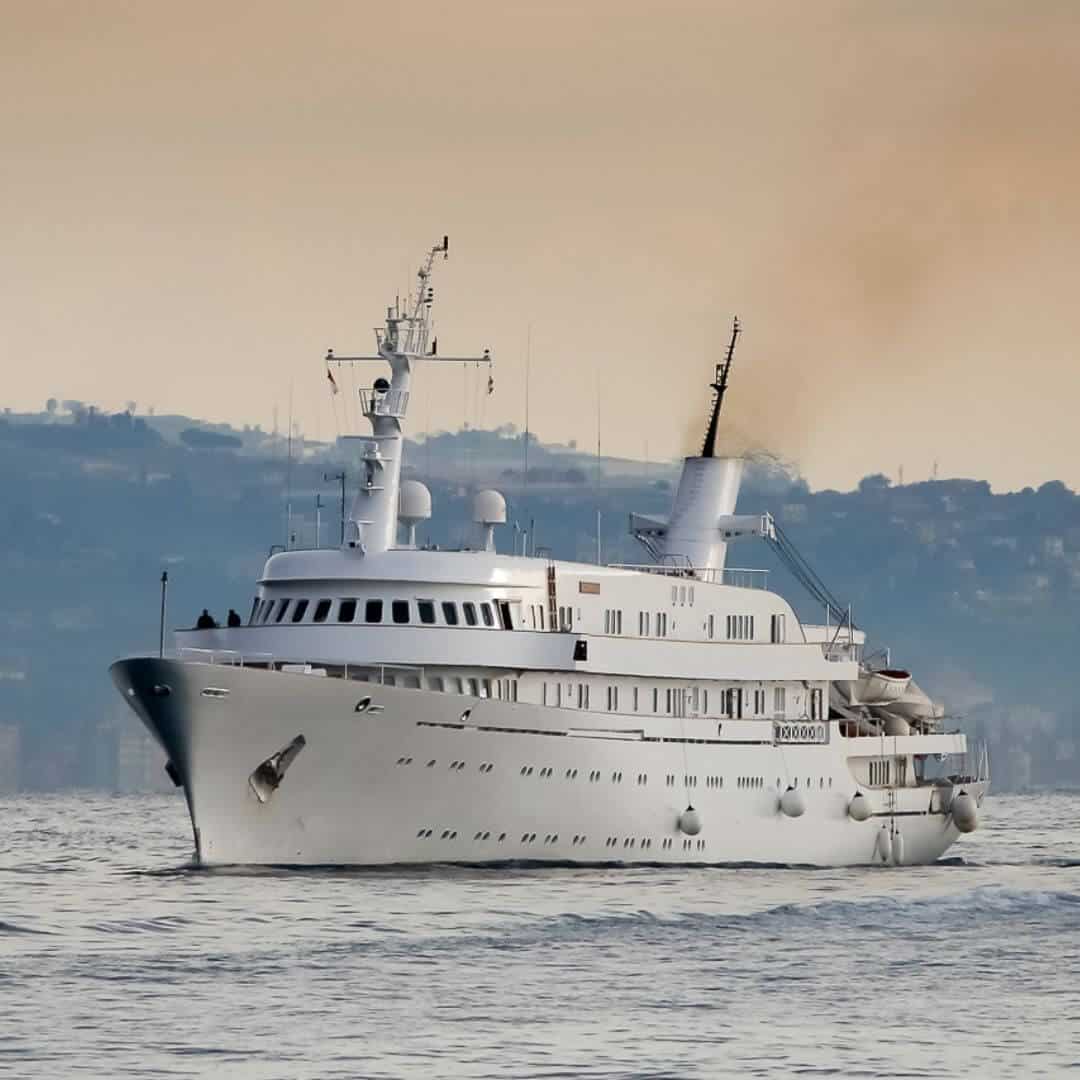 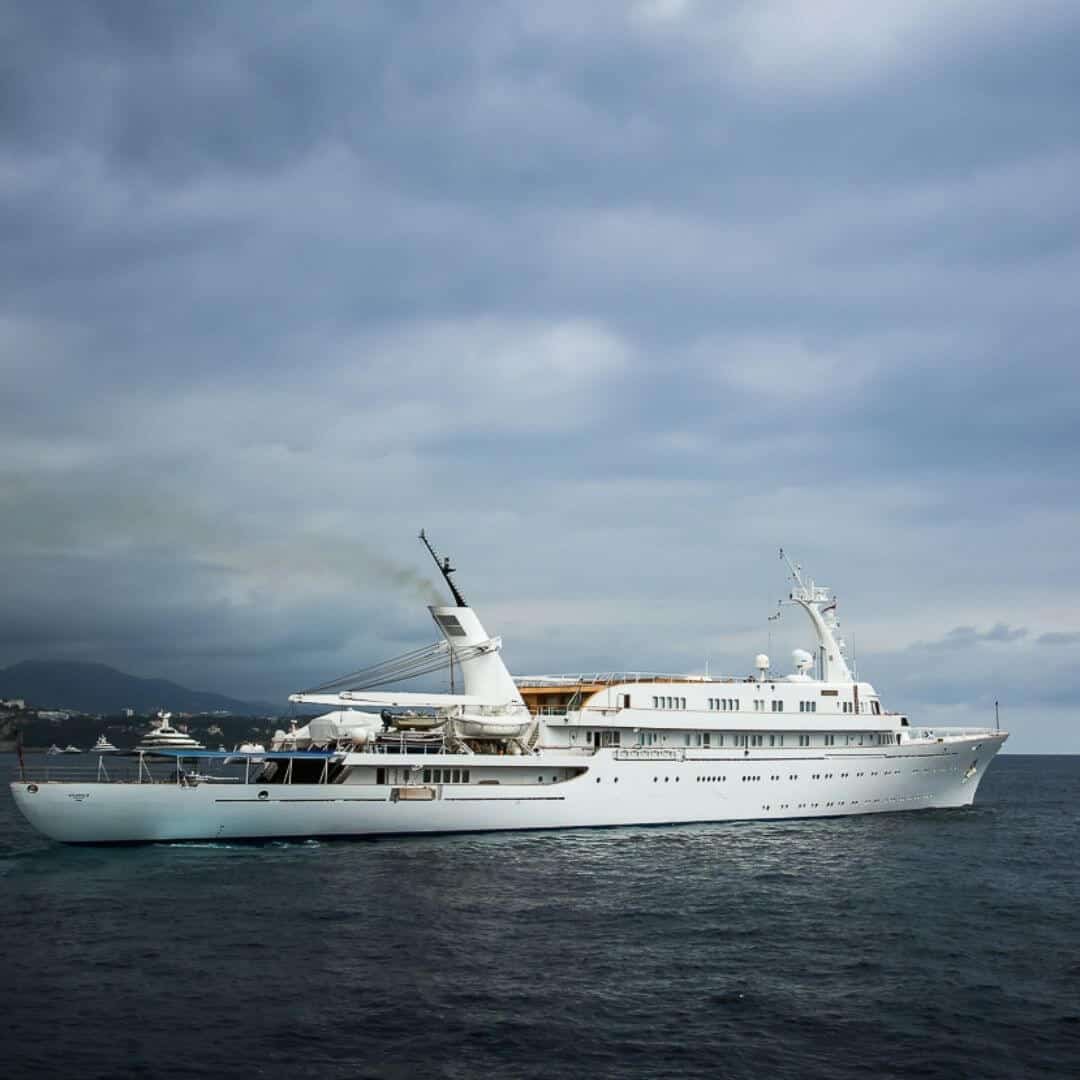 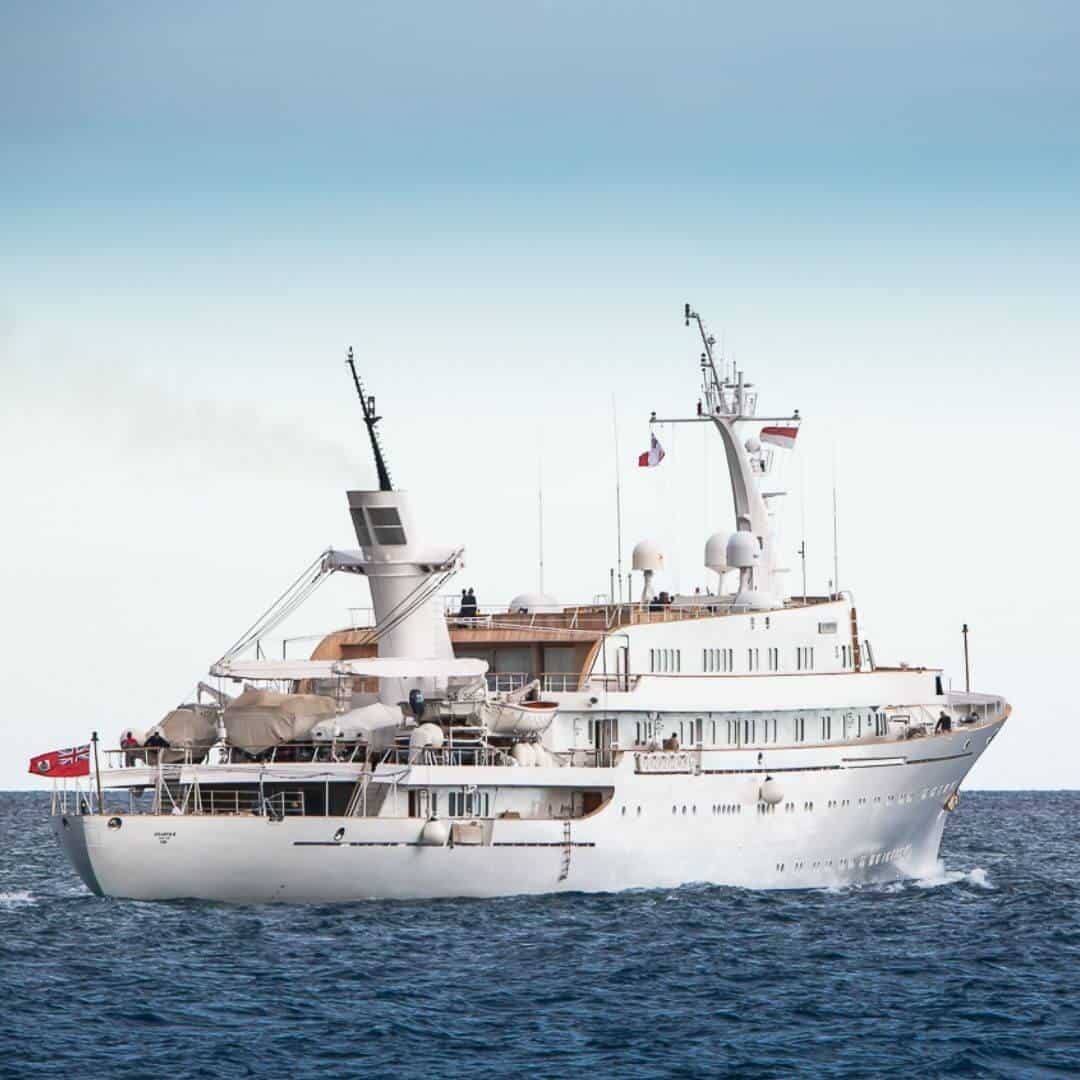 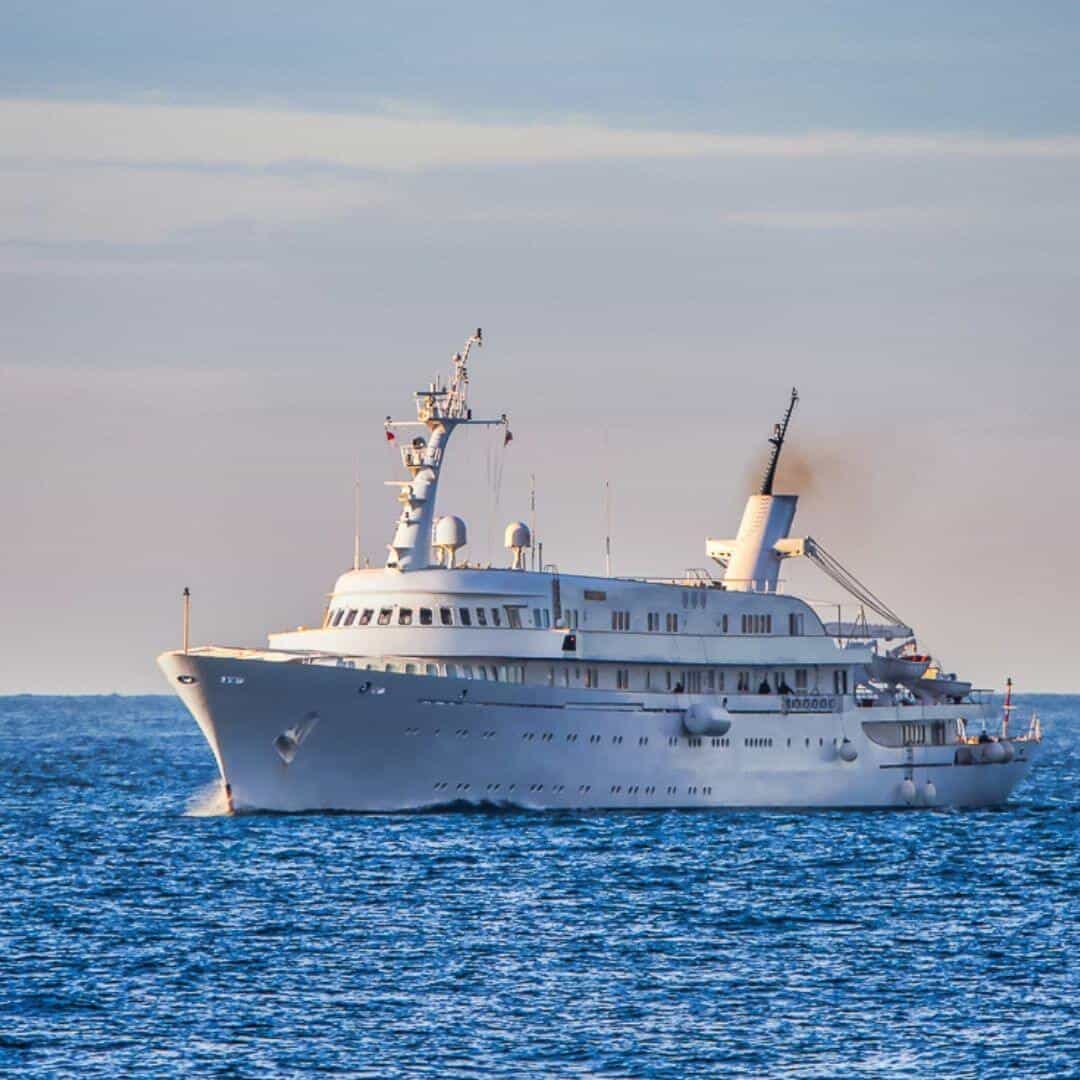 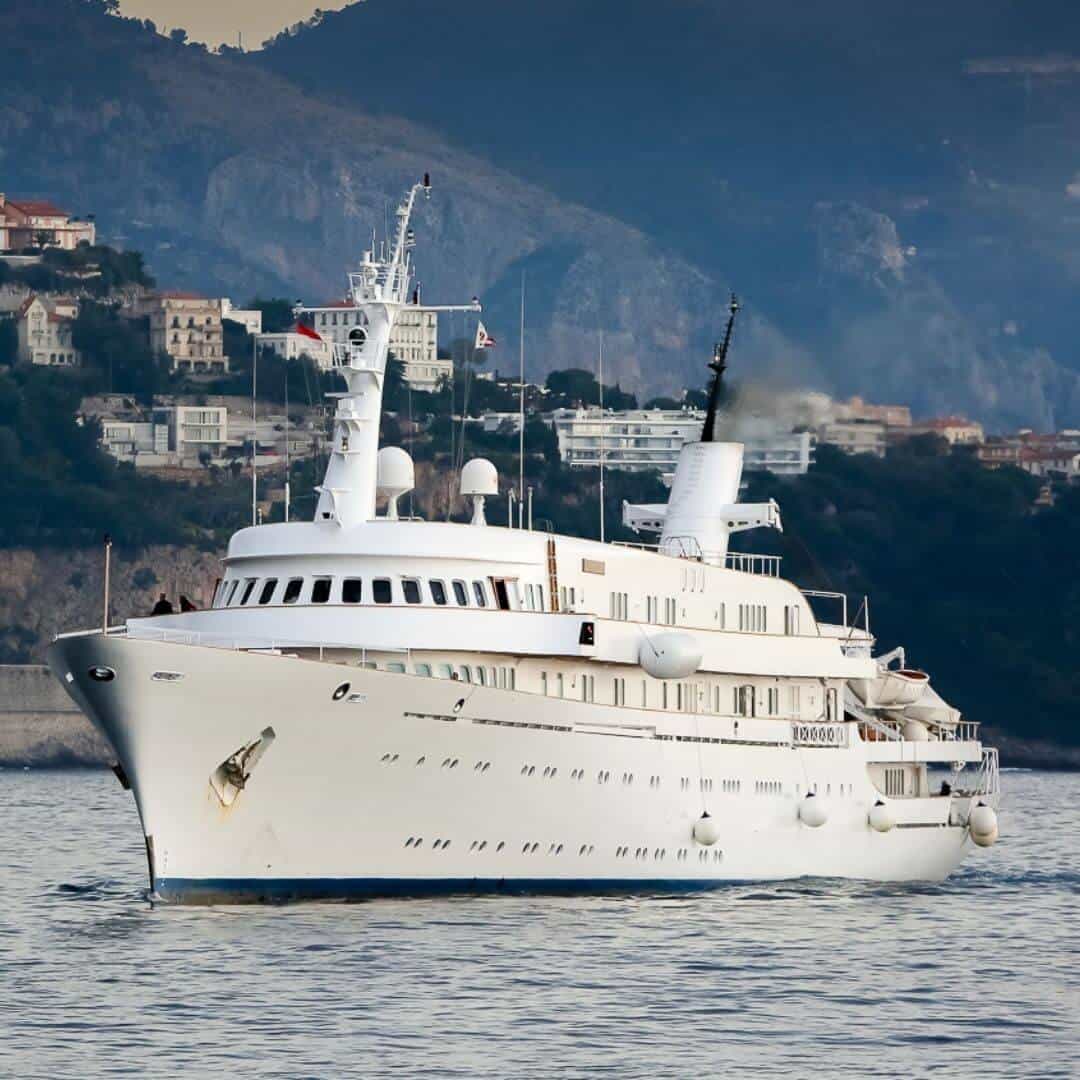 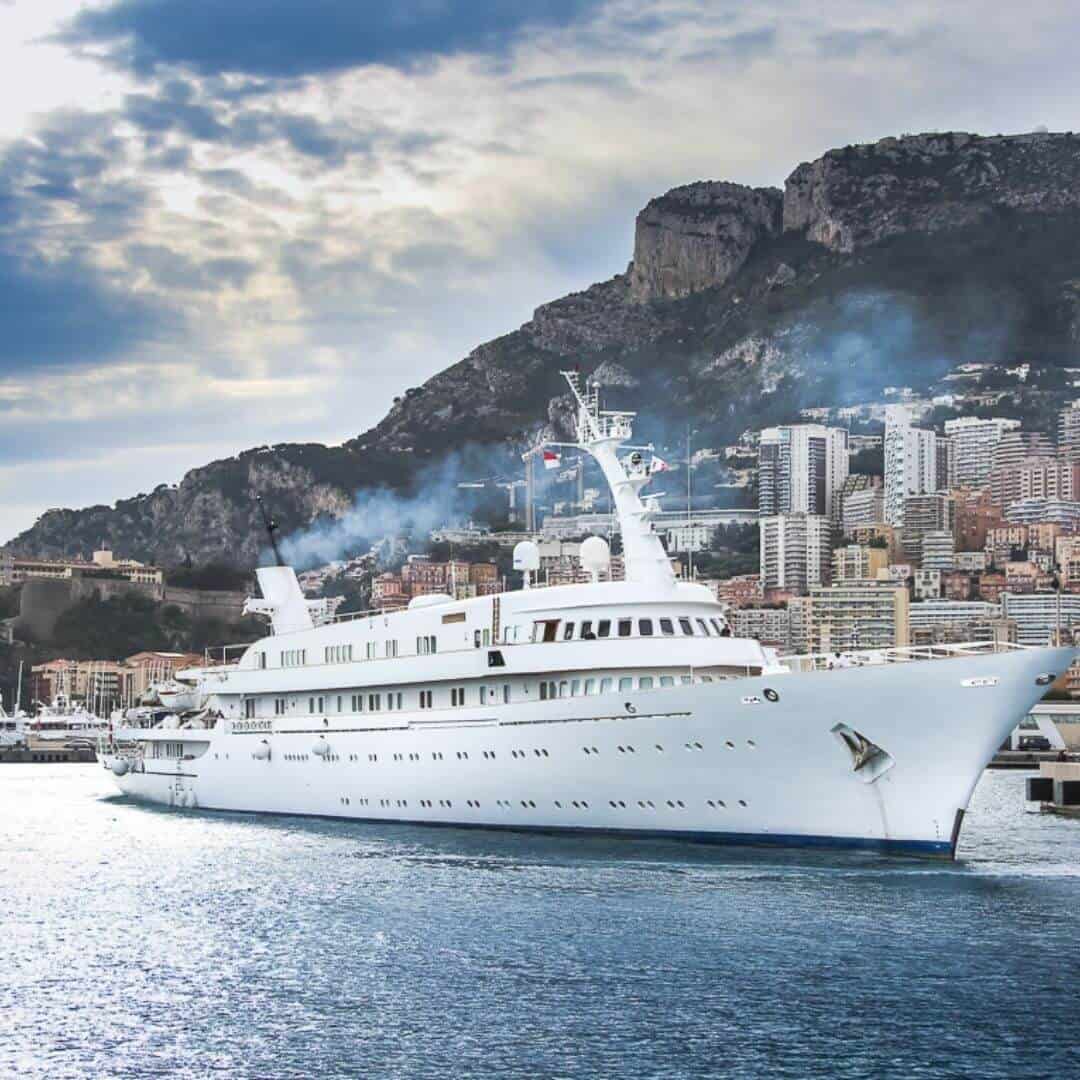 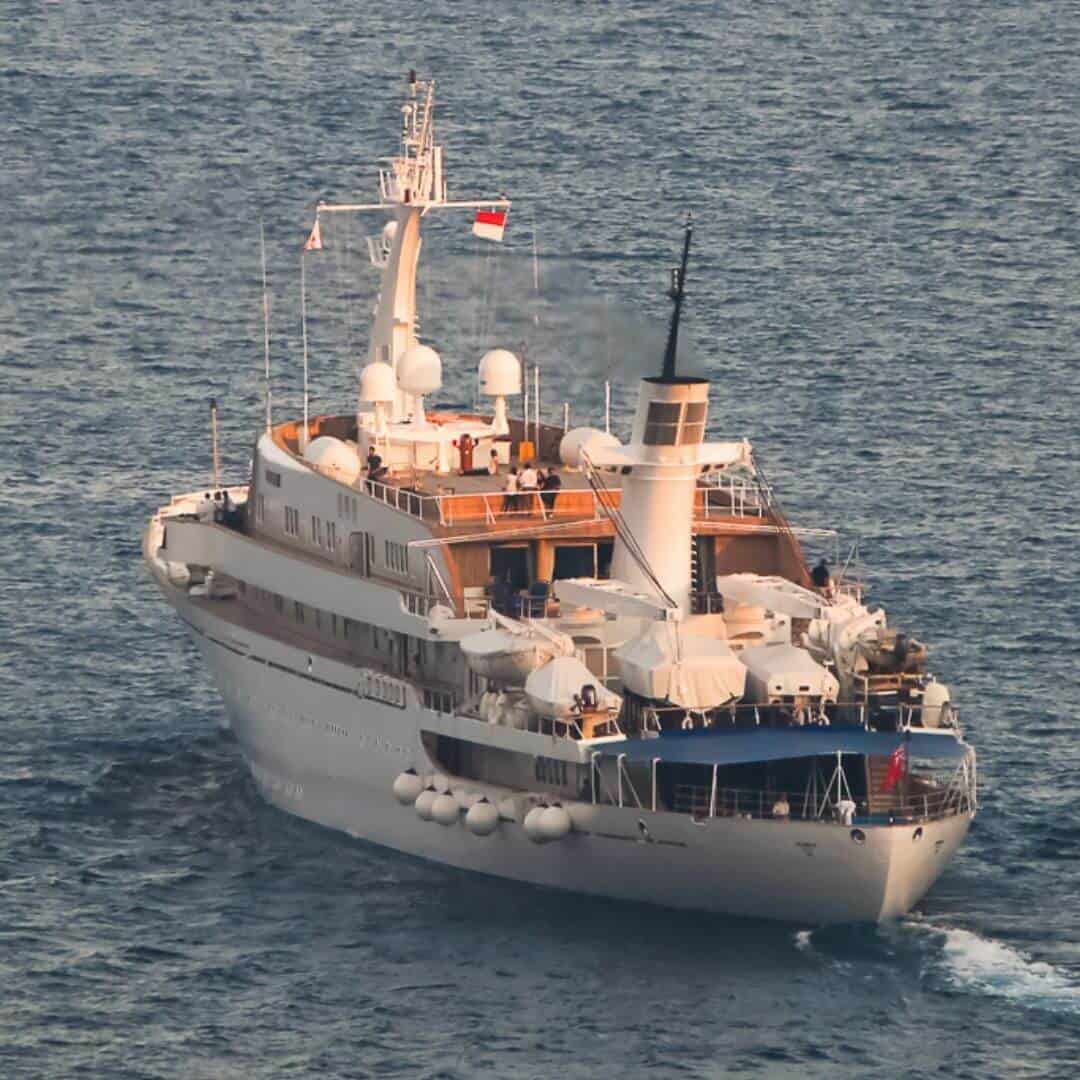 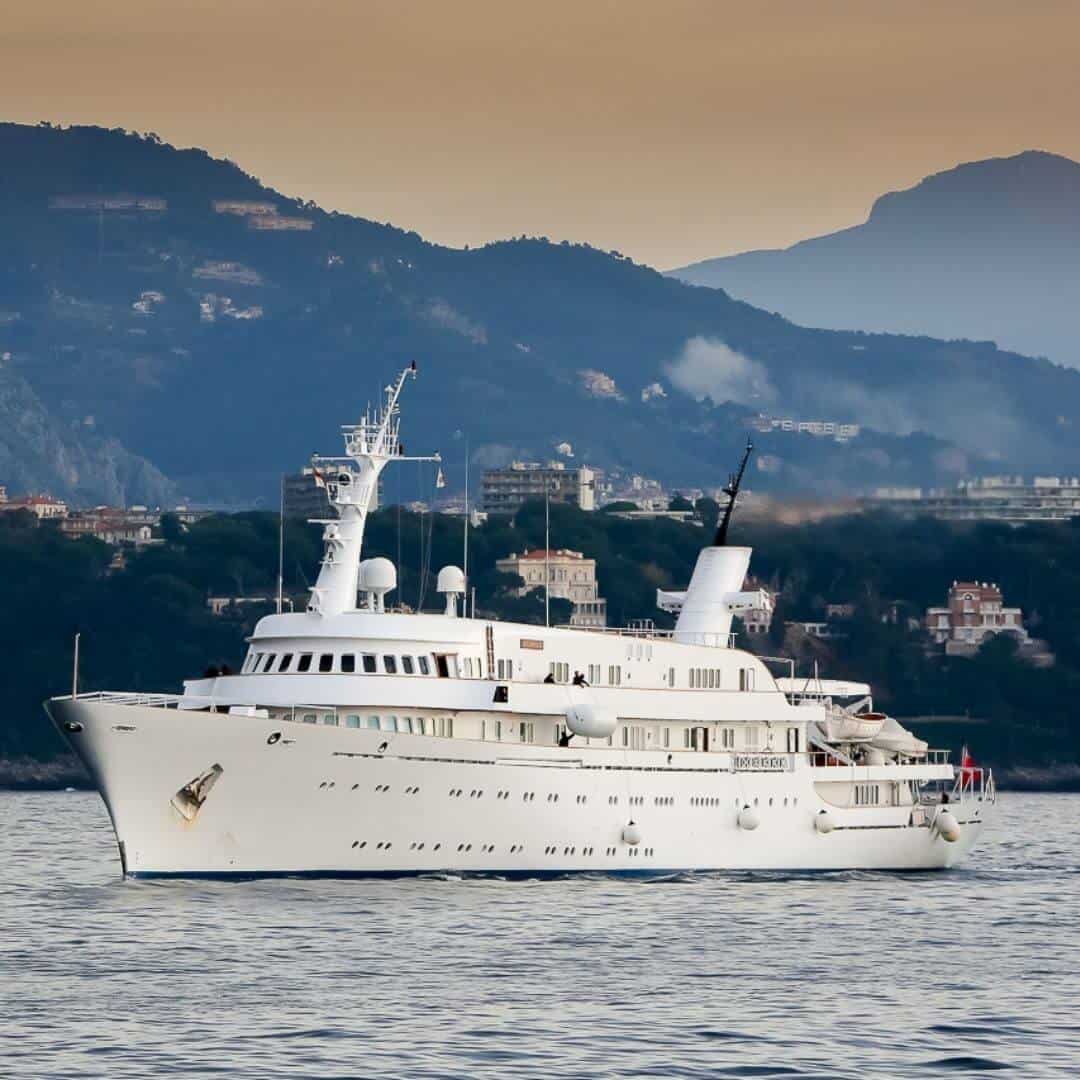 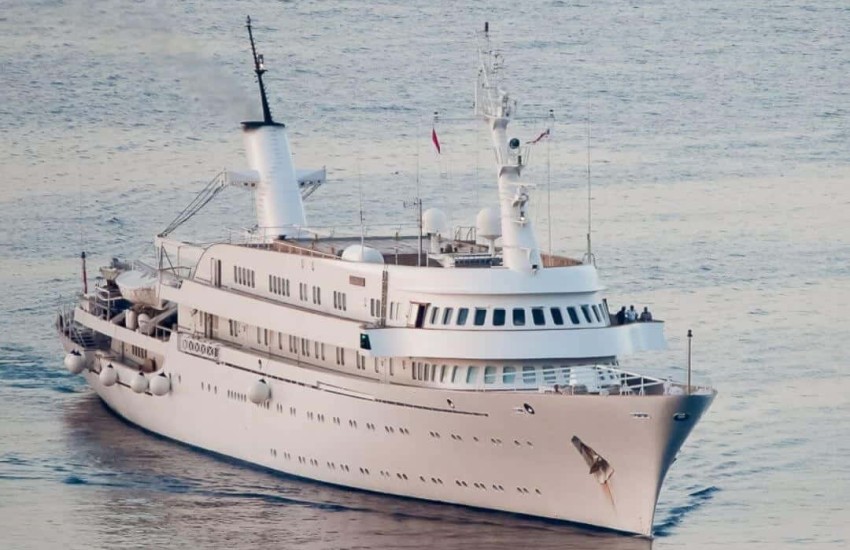 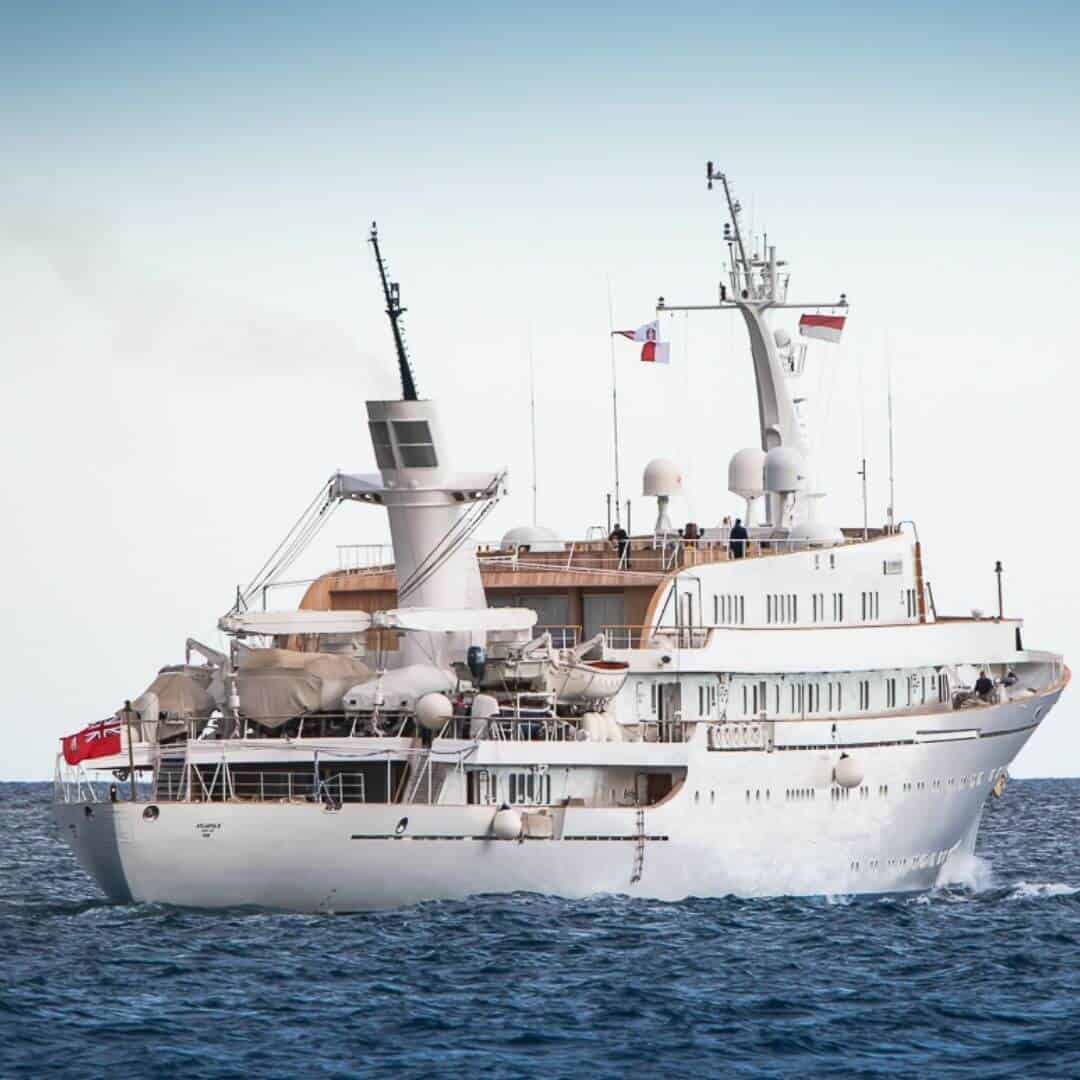 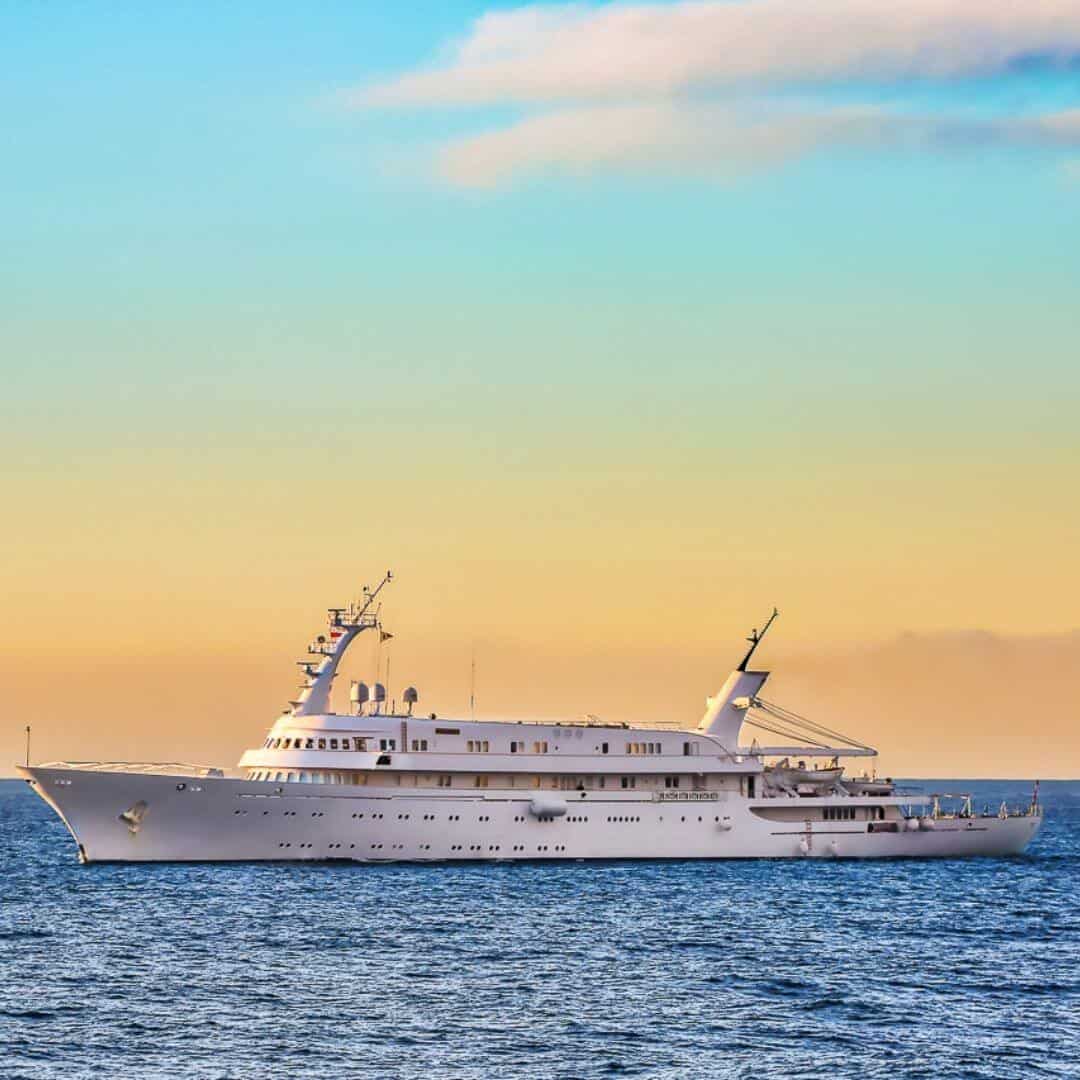 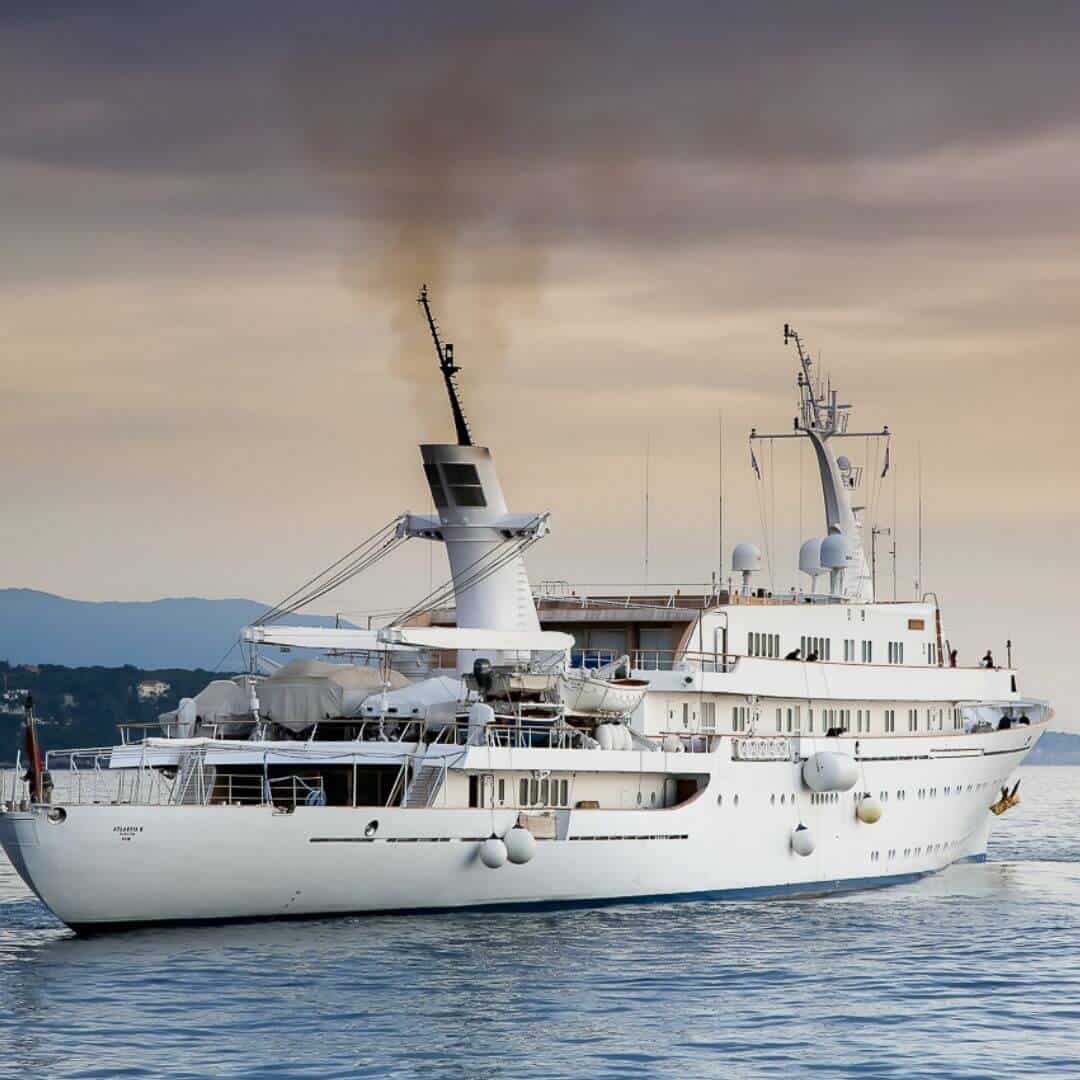 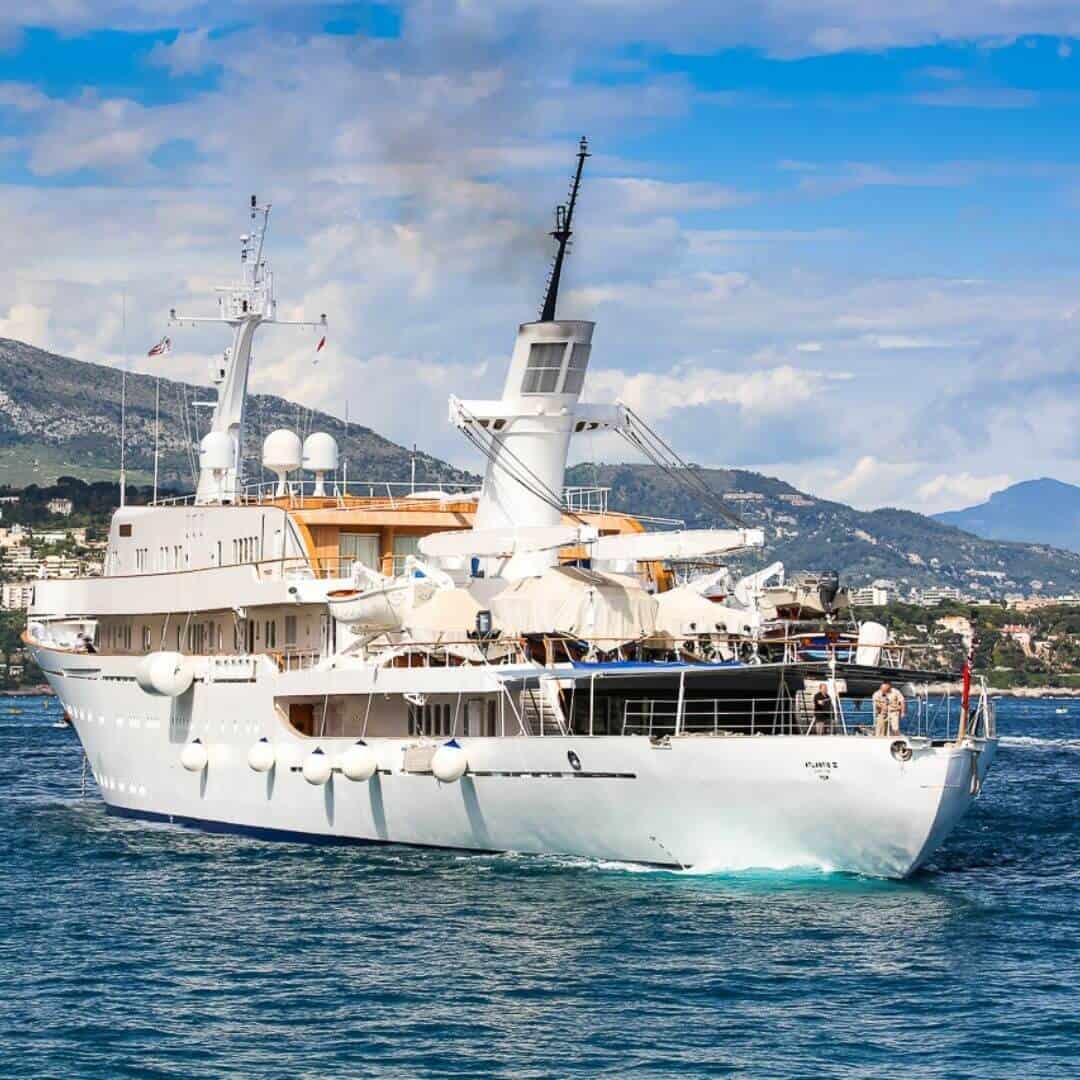 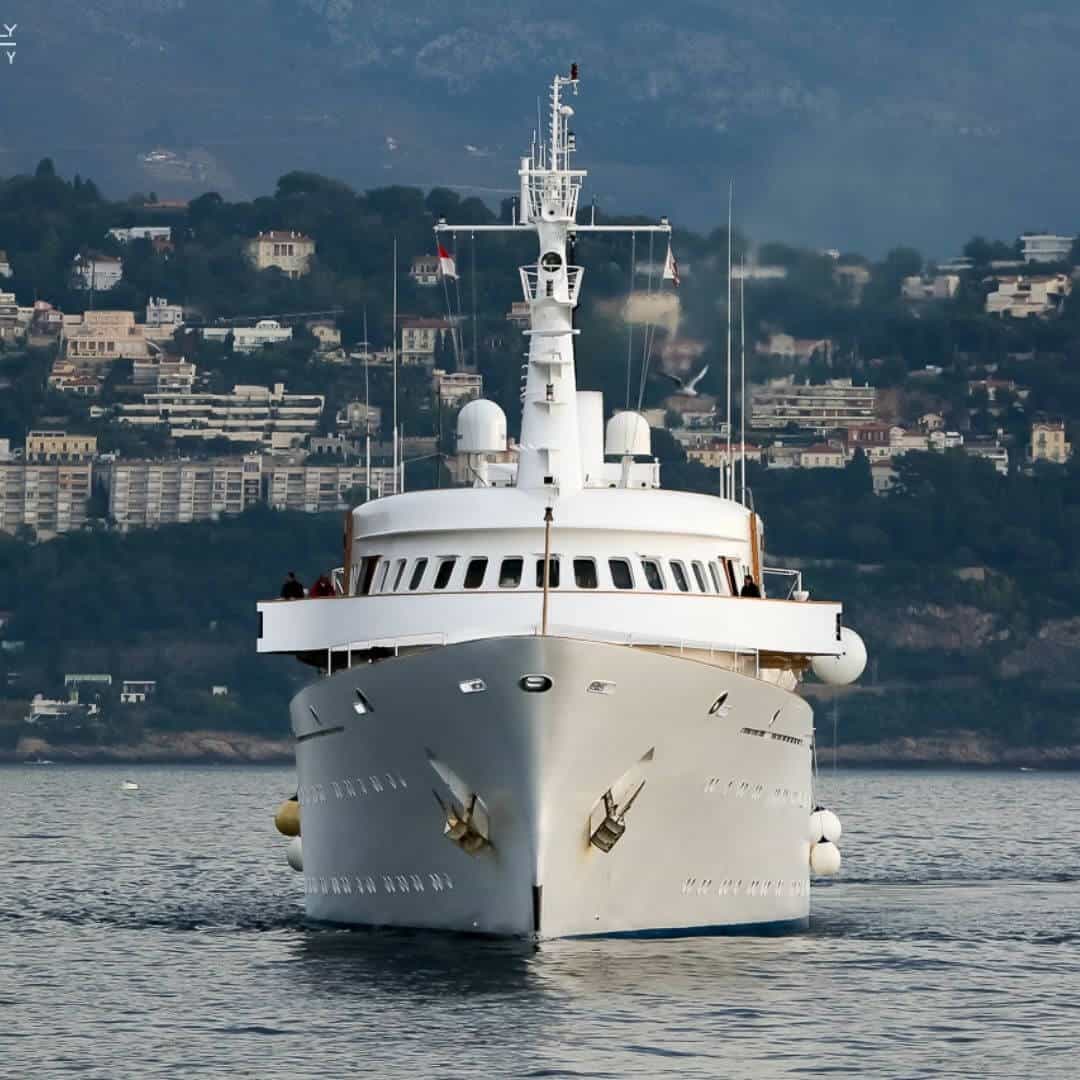 ATLANTIS II is owned by Philip Niarchos, a Greek billionaire. Hellenic Shipyards S.A built her in 1981 at their shipyard in Greece as a second of three identical yachts commissioned by Stavros Niarchos, Philip Niarchos’s late father.

The Atlantis trio was commissioned to compete with Niarchos’s rival, Greek shipping magnate Aristotle Onassis and his yacht, the Christina O. The Atlantis has a length of 115.82m(379.98ft) and is the second of the three identical boats commissioned by Niarchos. She was designed by Caesar Pinnau.

ATLANTIS II was built in 1981 by Hellenic Shipyards S.A in Greece. She was designed by Caesar Pinnau, and can accommodate 26 guests in 13 cabins and a crew of 17 in 8 cabins, including the captain.

ATLANTIS II has a low guest-to-crew ratio compared to more current yachts. The ship is equipped with a retractable pool. She has three decks and features: a gym, air conditioning, and a helicopter landing pad.

The exterior of ATLANTIS II has a steel hull and a steel aluminum superstructure. The naval architecture was by Maierform Maritime Technology GmbH, and Caesar Pinnau also designed the exterior features.

She has two Pielstick engines that power a cruising speed of 12 knots and a top speed of 14 knots. She has an annual running cost of $10 – $15 million per year and is in the top 5% by LOA in the world. She has a Lloyd’s Register classification.

The owner of ATLANTIS II is Philip Niarchos, who inherited the yacht from his late father, Greek shipping magnate Stavros Niarchos. Stavros had the Hellenic Shipyard create a fleet of 3 private yachts to compete with his rival, Aristotle Onassis.

Onassis was a Greek shipping magnate and was the first husband of Niarchos’s second fifth wife, Tina Onassis Niarchos, a Greek socialite, and shipping heiress.

In 1952, Niarchos owned the world’s largest supertankers, which made him a giant in global petroleum shipping due to the demand for oil and the Suez Crisis.

He was the original investor in Hellenic Shipyards and commissioned the three identical sister ships to be named the Atlantis.

Atlantis I is now called Navtilvs, Atlantis II is the second of this trio, and the third is a never-finished hull. Philip Niarchos is currently the wealthiest individual in Greece and has a net worth of $2,5 billion.