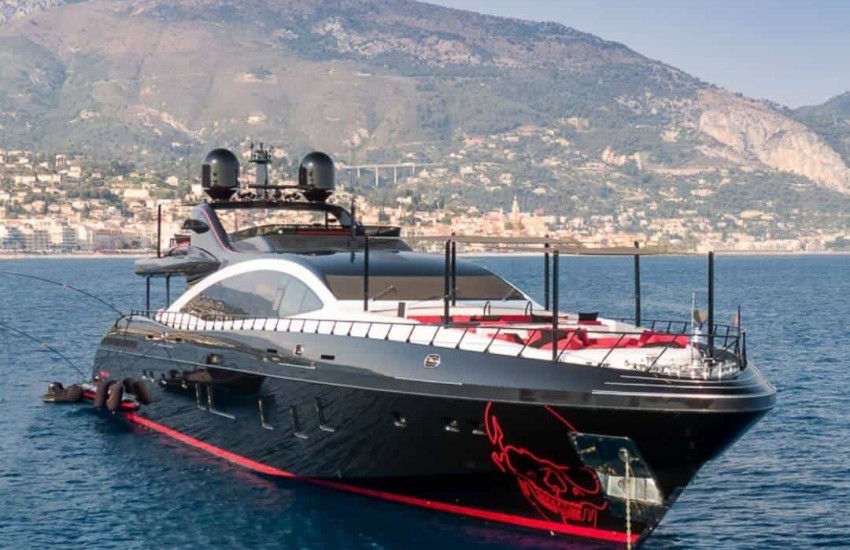 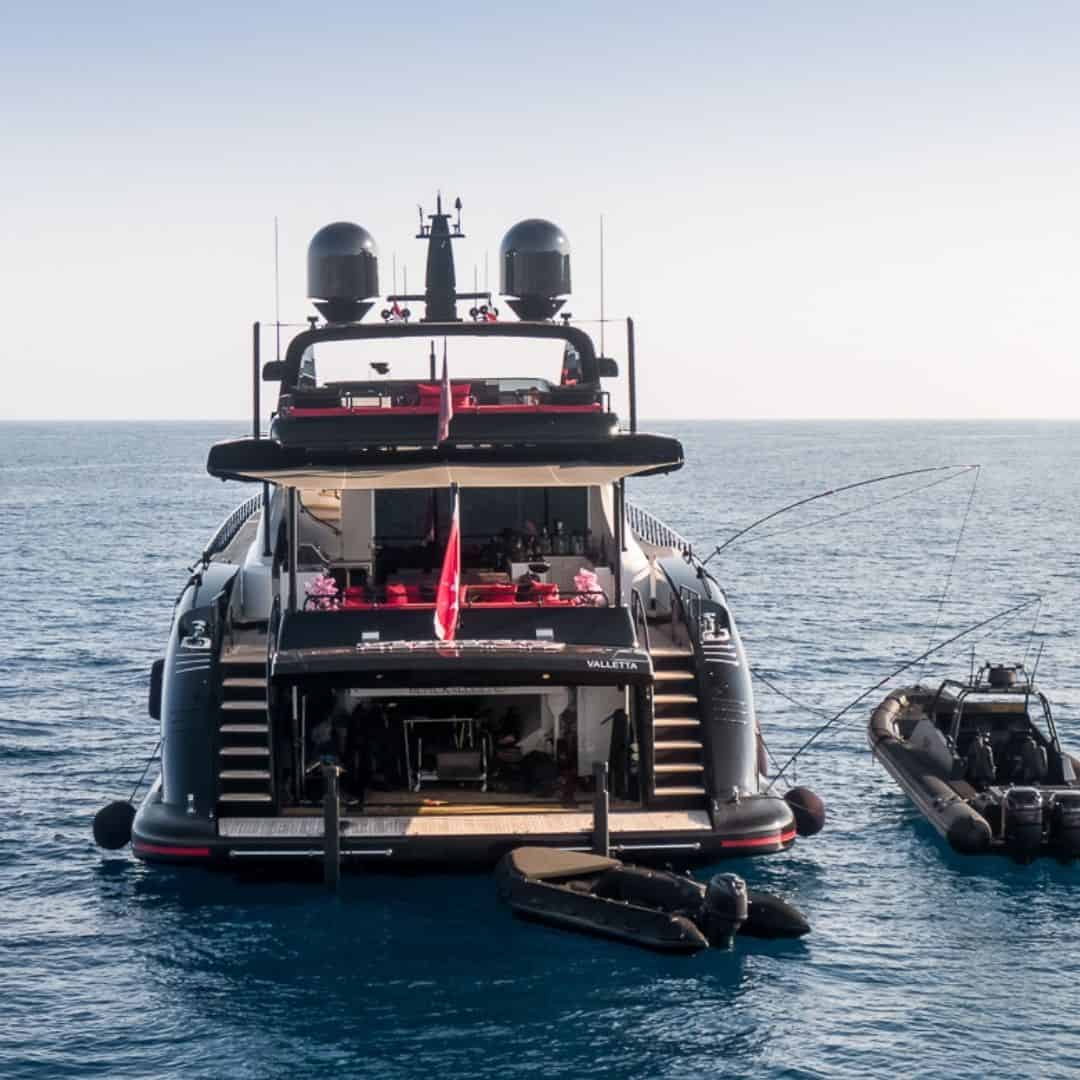 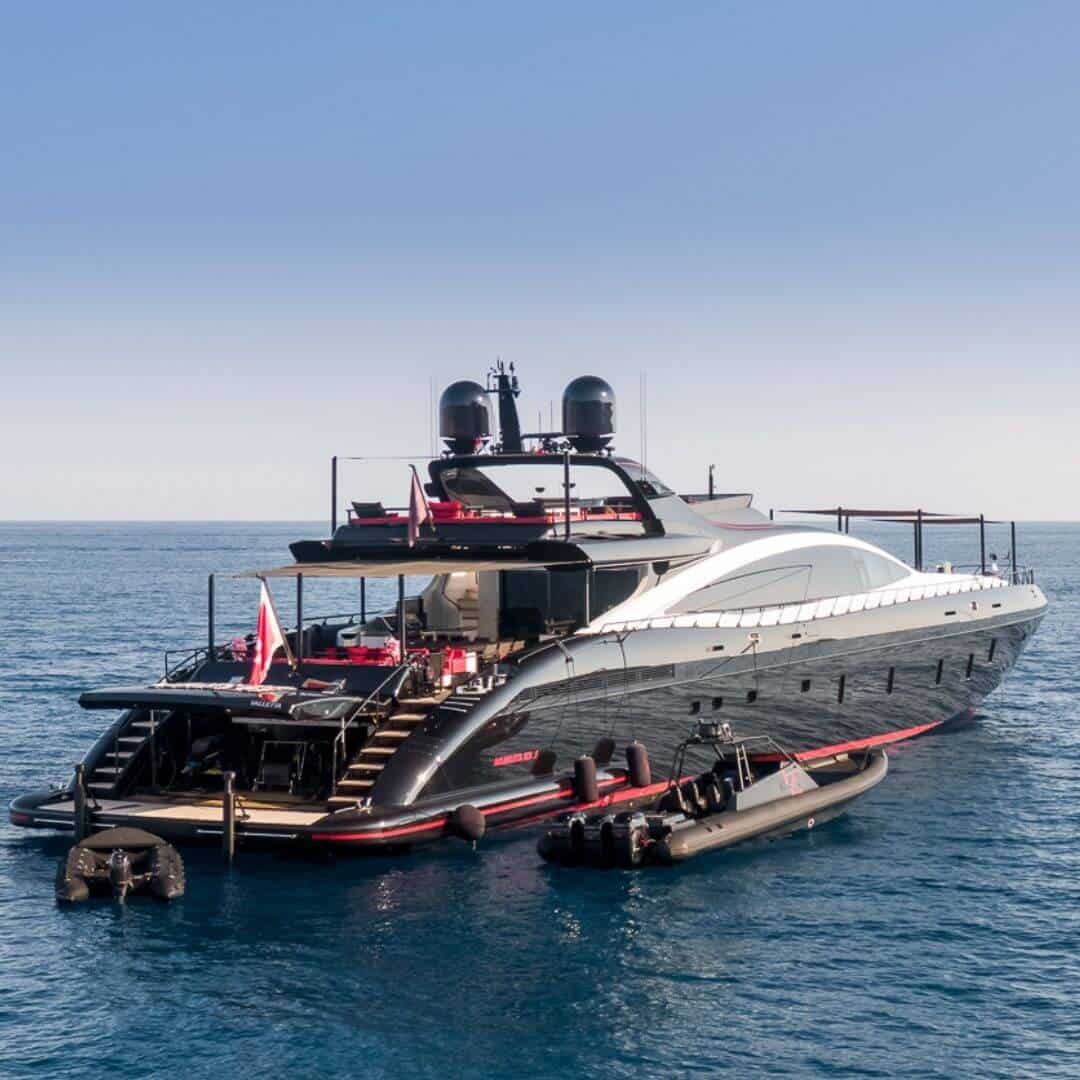 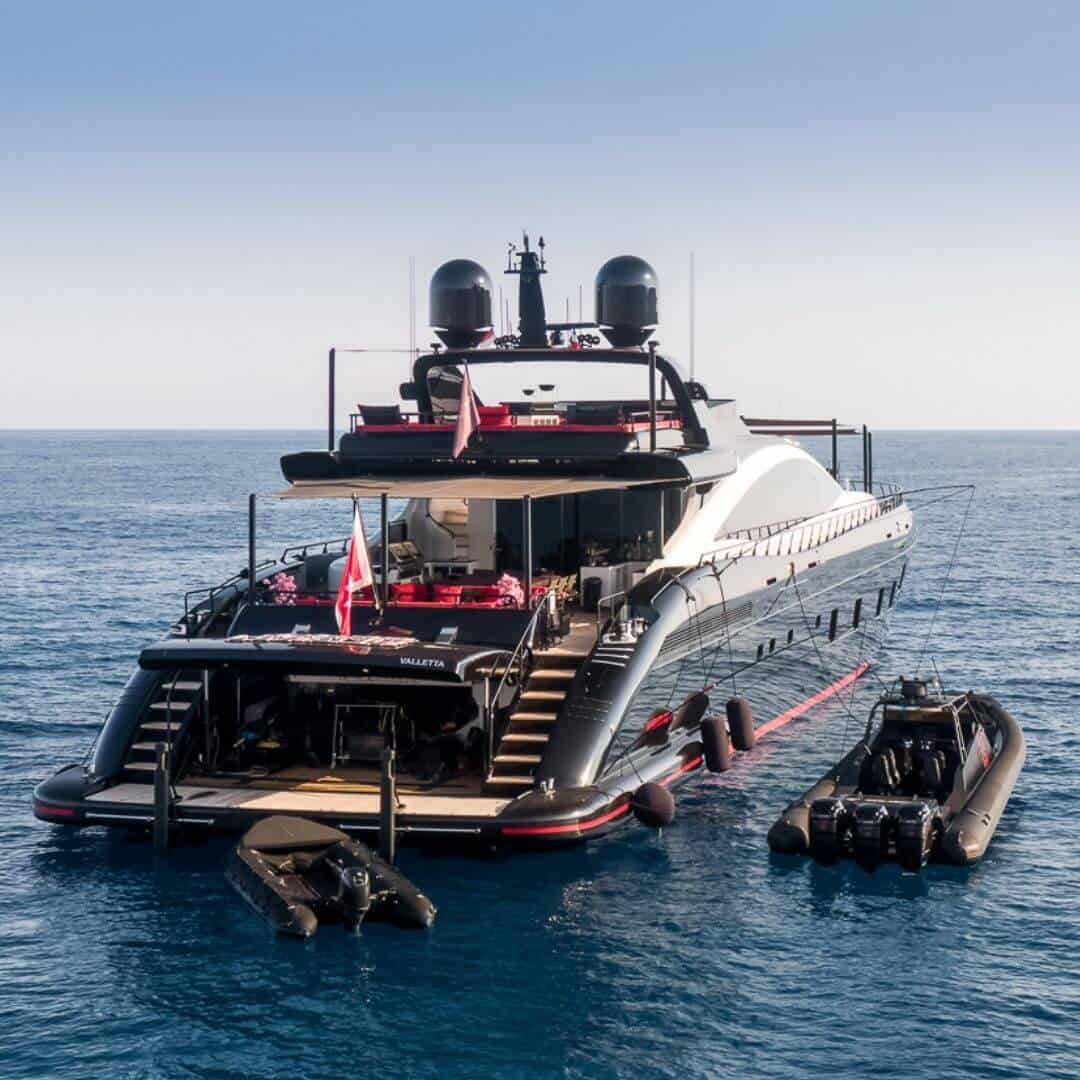 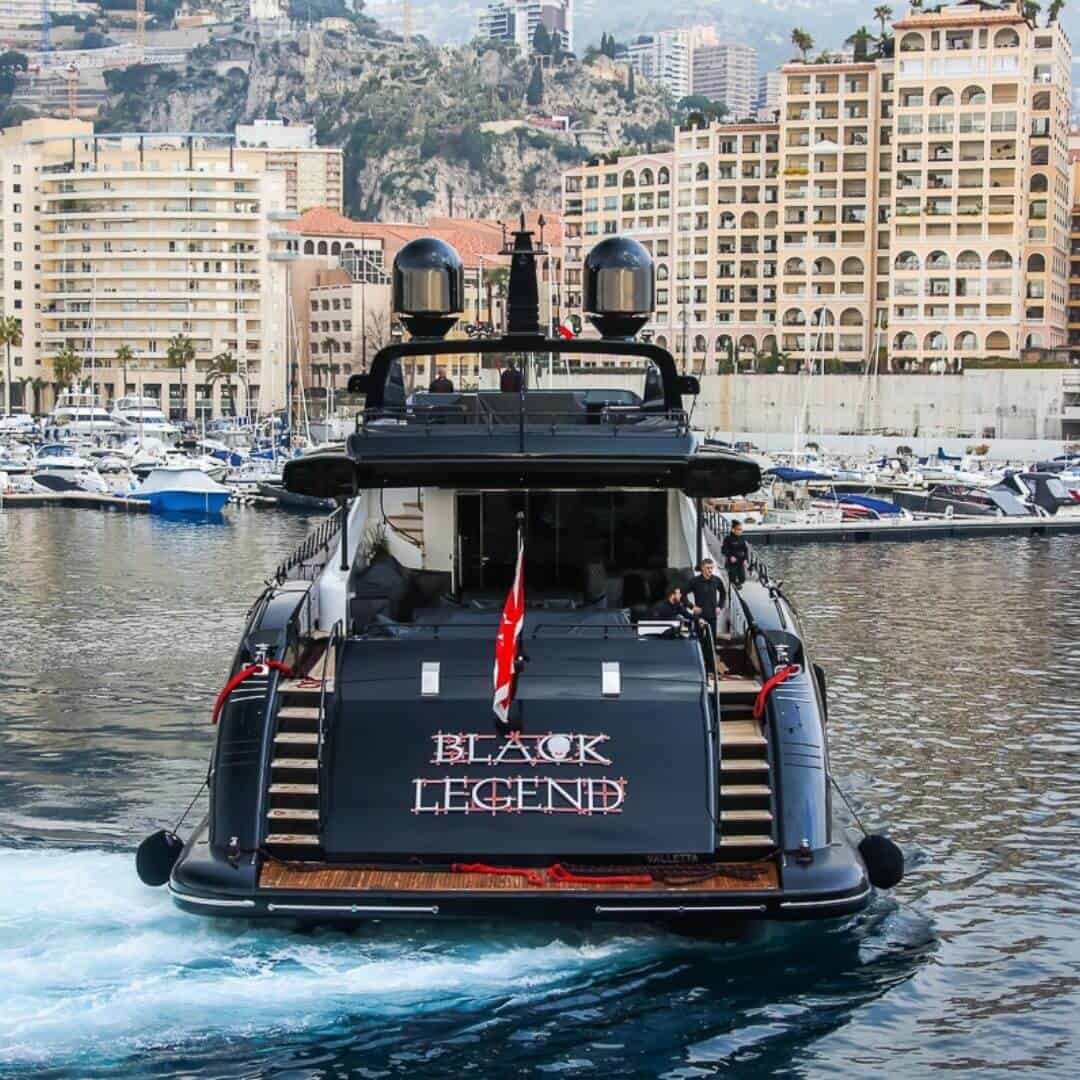 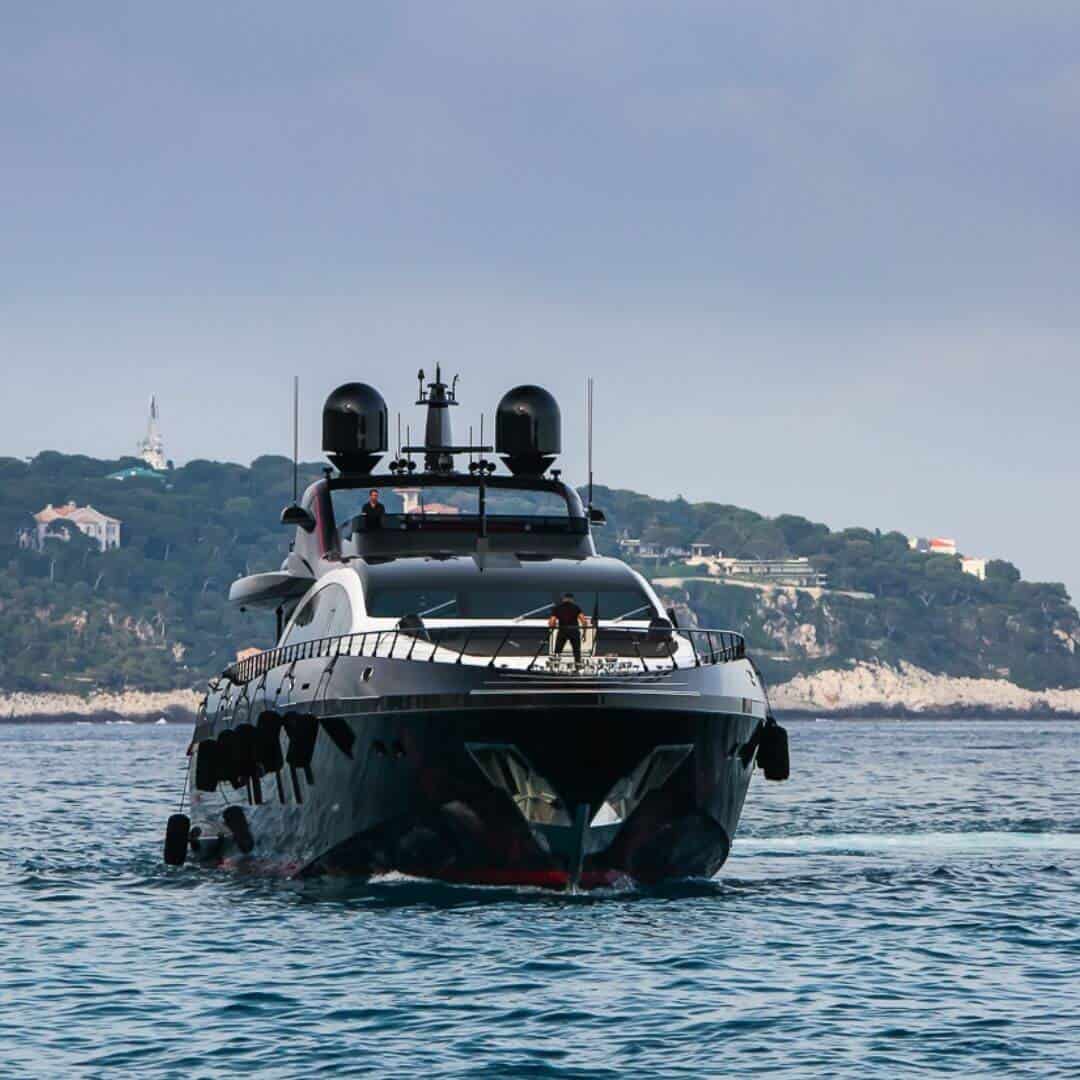 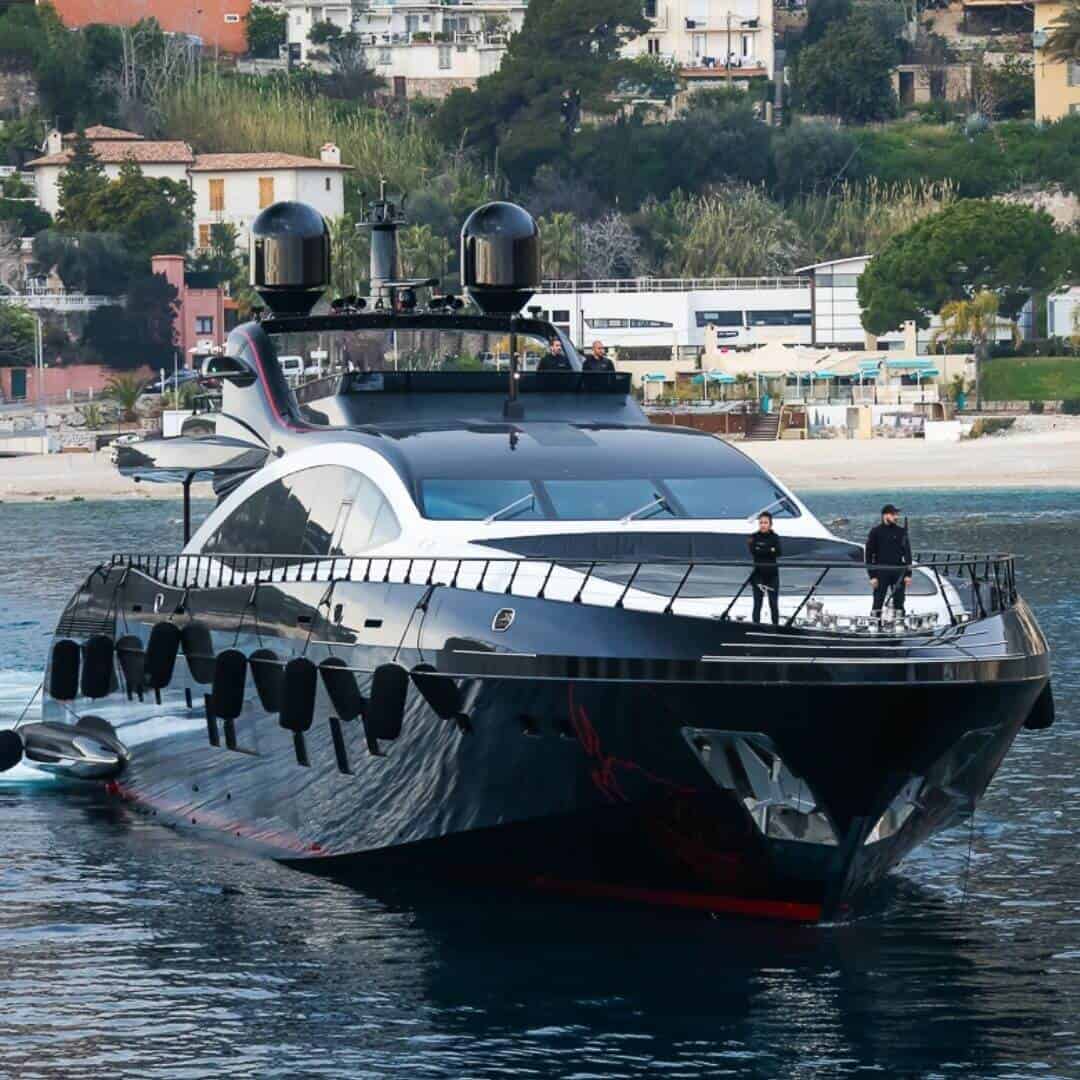 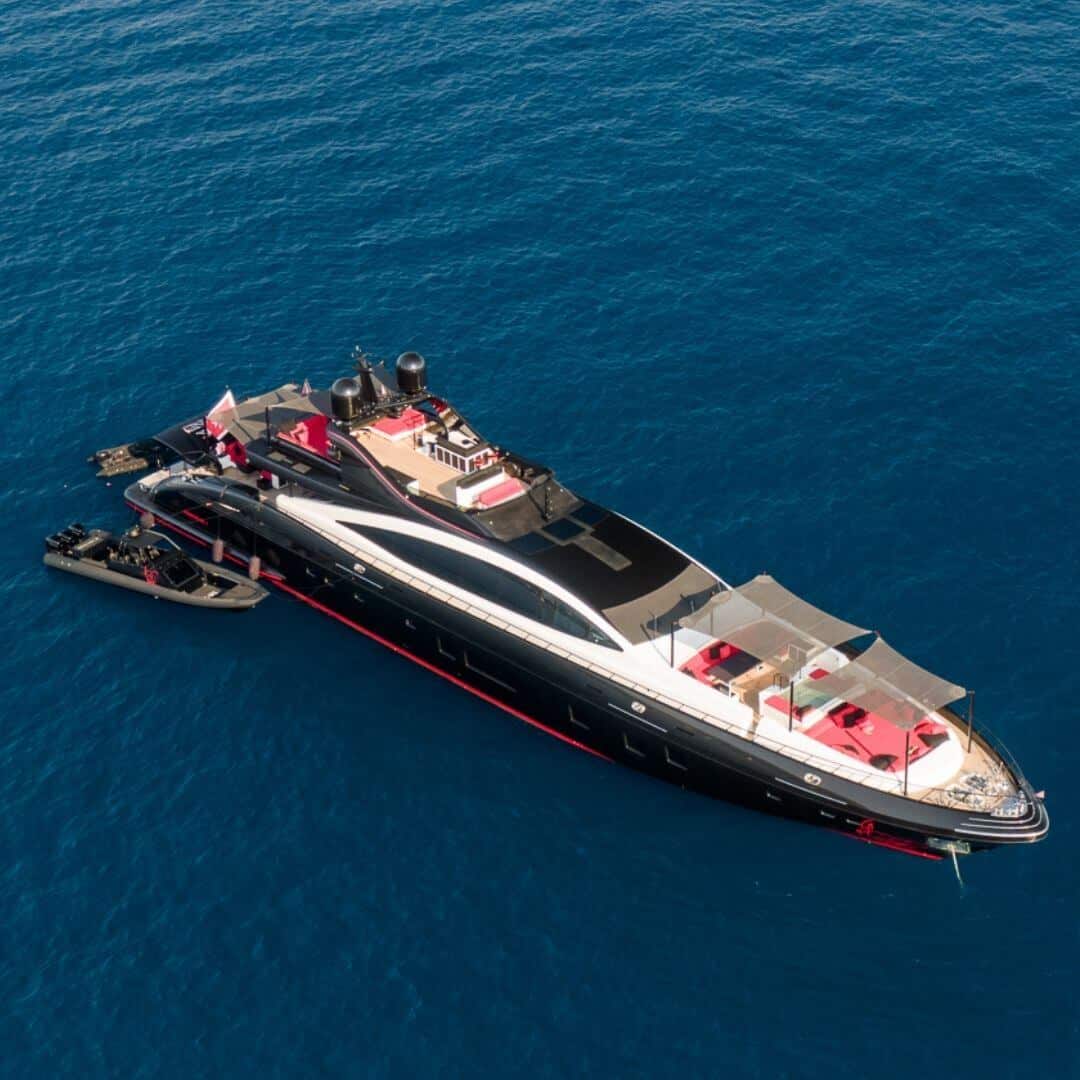 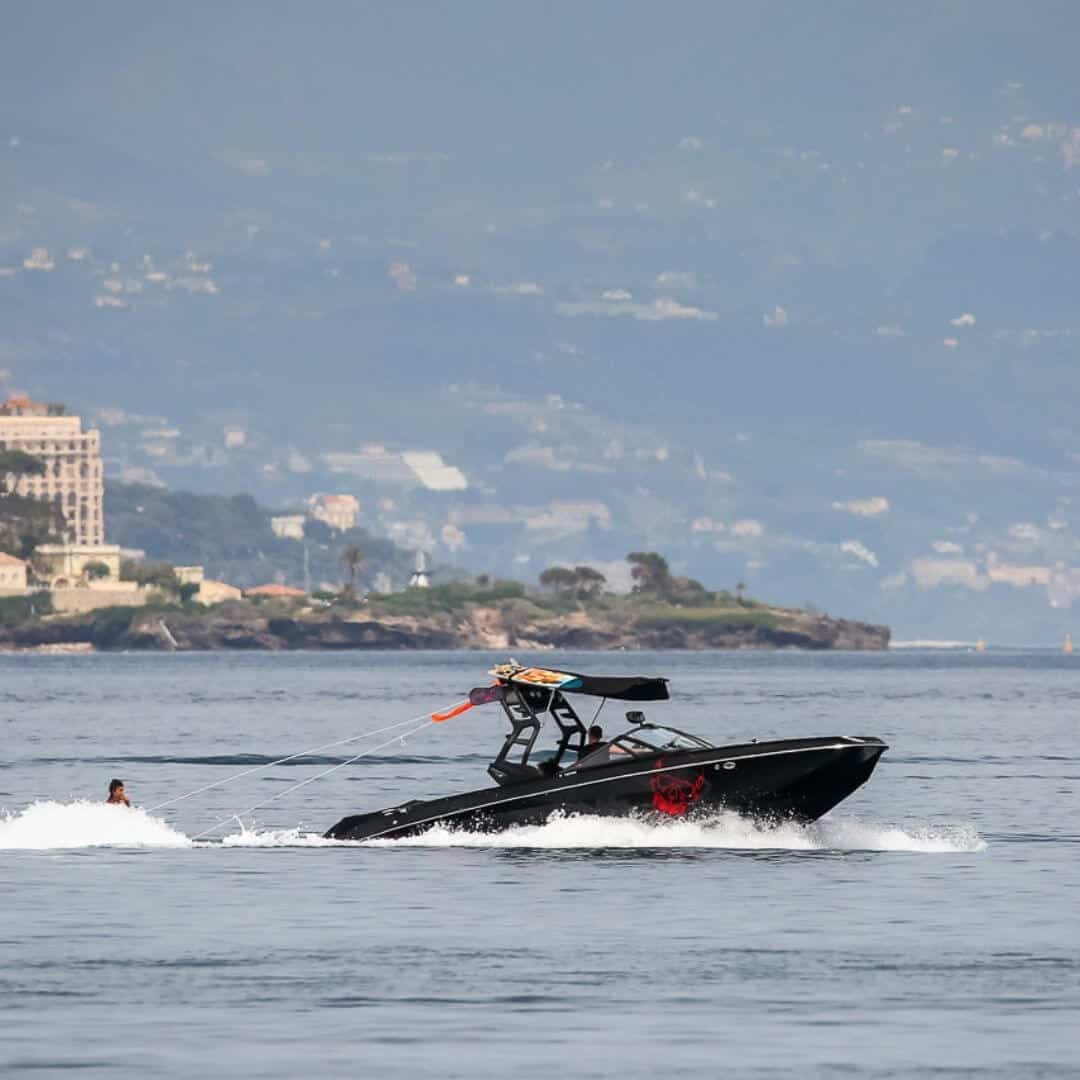 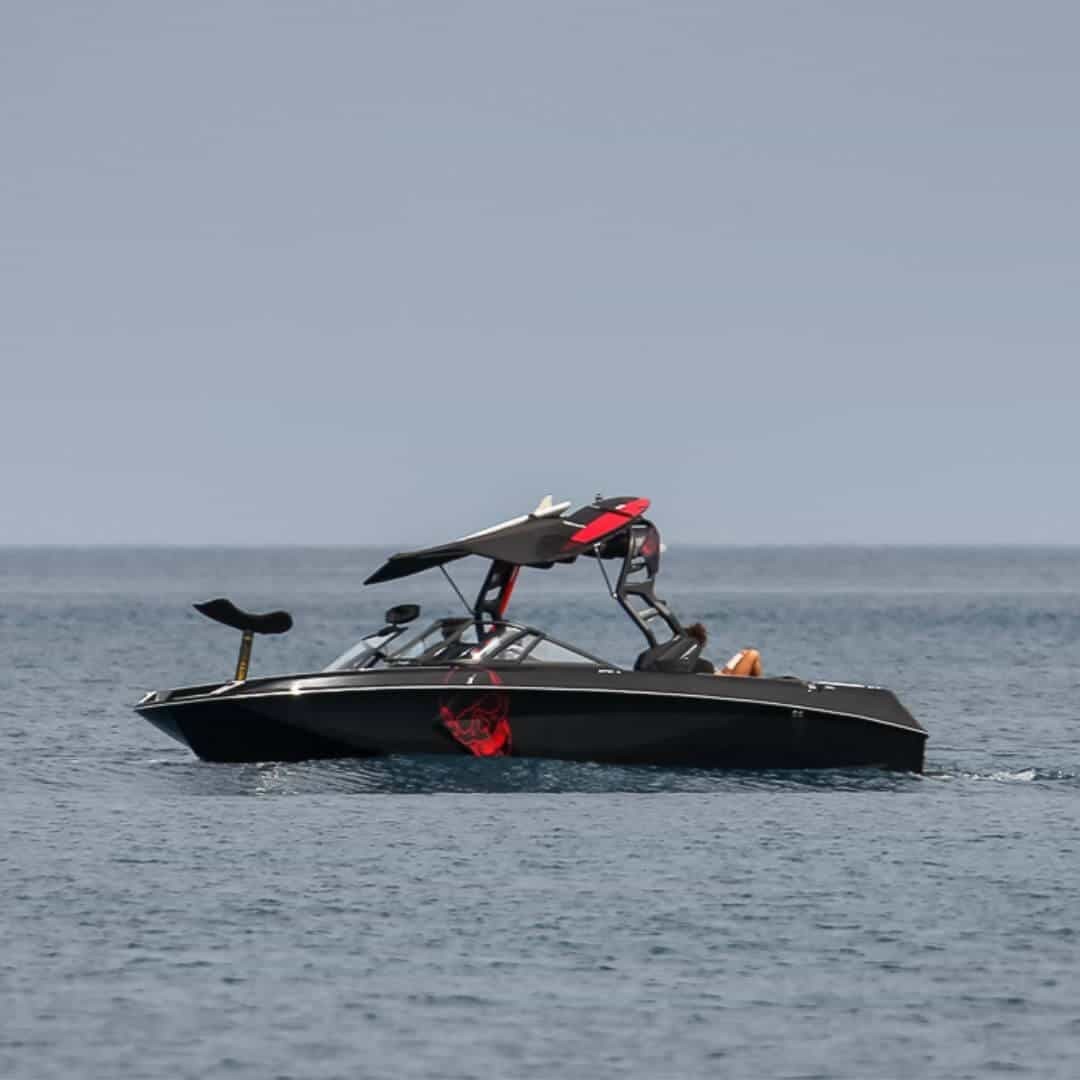 The 50 metre BLACK LEGEND superyacht was launched in 2017 by Overmarine in Italy. She is worth US$25 million and can reach speeds up to 37 knots. Her owner is an unknown Monaco-based businessman who remained anonymous when acquiring the yacht for a price of US $25 million.

The interior was developed by the Overmarine design team to fit the specific needs of her owner. Much like the exterior of the yacht, the interior features a lot of dark elements with striking red skulls as accent pieces. The upholstery is made from dark fabrics and leather with suede elements and exotic wood.

There are four guest cabins, including a large master, one VIP room and two doubles. The entire interior of BLACK LEGEND is air-conditioned, and she features a state of the art entertainment system.

There is little information available on the owner of this gorgeous vessel. He is a Monaco-based multi-millionaire with an estimated net worth of US $100 million.

Unsurprisingly, this isn’t his only luxury possession. In addition to this magnificent yacht, he also owns the sailing yacht BLACK SAILS, an Airbus ACH 130 helicopter and an extensive collection of rare sports cars. Almost all of his vehicles and vessels are black with red skulls as a unique form of branding.

The owner previously owned a smaller yacht with the same name, which has since been sold and renamed Canelo.

BLACK LEGEND cost her owner US $25 million with an estimated US $1 to 2 million annual running costs in addition to the sale price.


She is powered by four diesel MTU engines which provide her with a reach of up to 691 nautical miles. Since her draft is exceptionally low she is the perfect yacht for accessing shallow areas that other larger vessels might not be able to reach.

The exterior of BLACK LEGEND was designed by Stefano Righini, an Italian naval designer specialising in superyachts. He recently passed away in October of 2021.

The vessel is mainly black with some white accents and, of course, the signature red skull, which marks the left side of the bow. Large black and red letters spell out the name on the aft, and she is decorated with a red stripe along her waterline.

The BLACK LEGEND is the 12th in Overmarine’s successful Mangusta 165 series. She is also the 8th largest vessel ever built by the Italian shipyard, which was founded in 1985. She is currently ranked number 904 in the list of largest motor yachts in the world