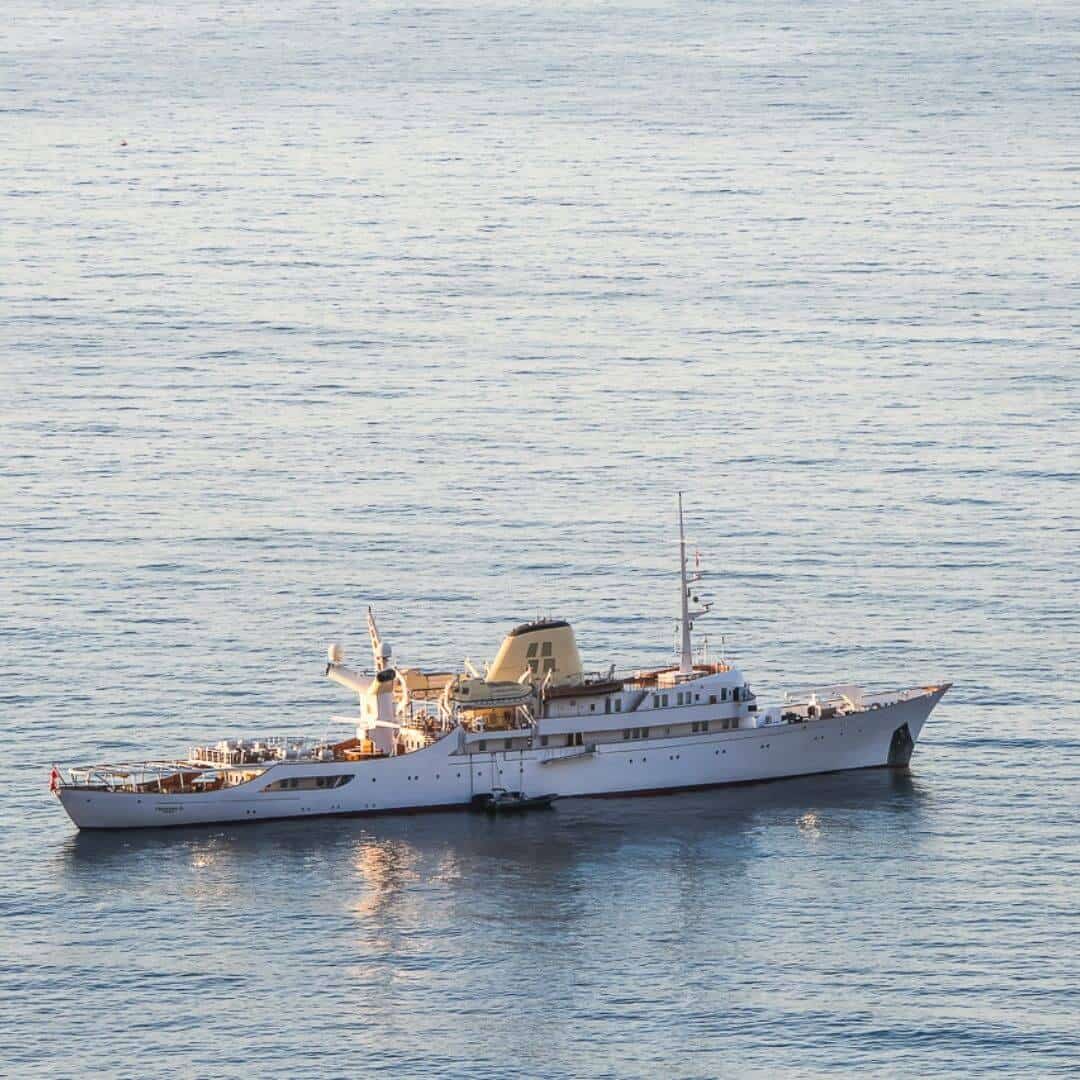 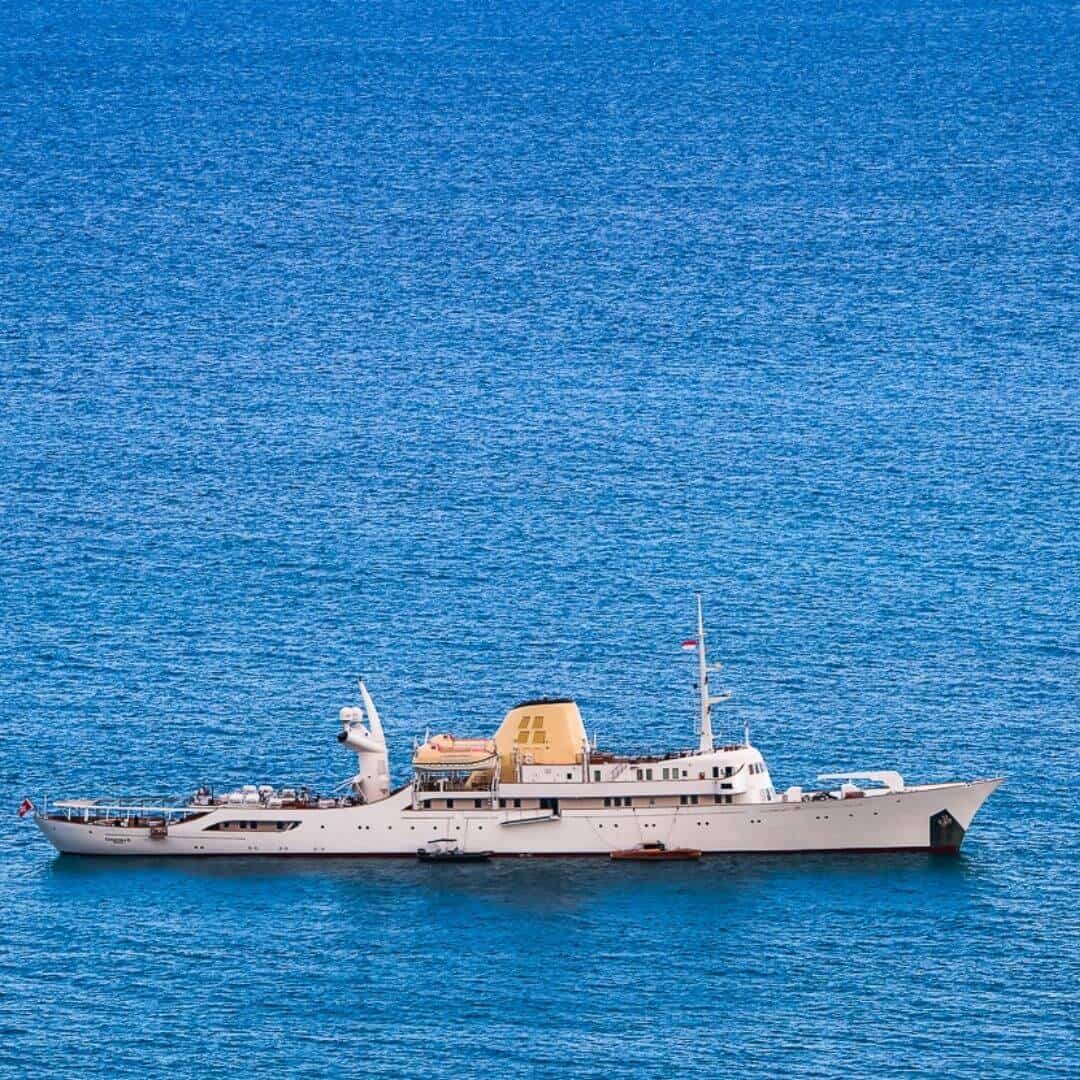 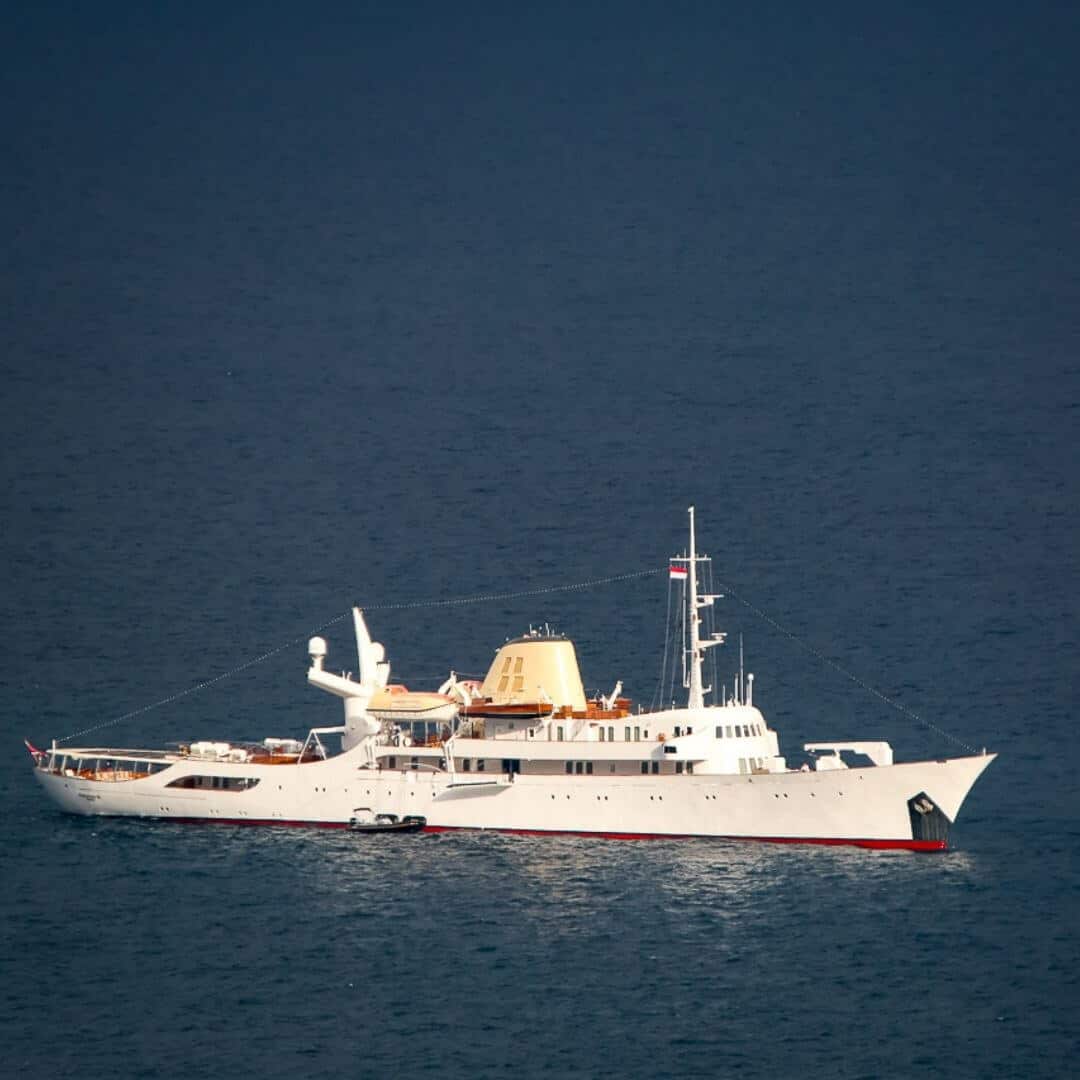 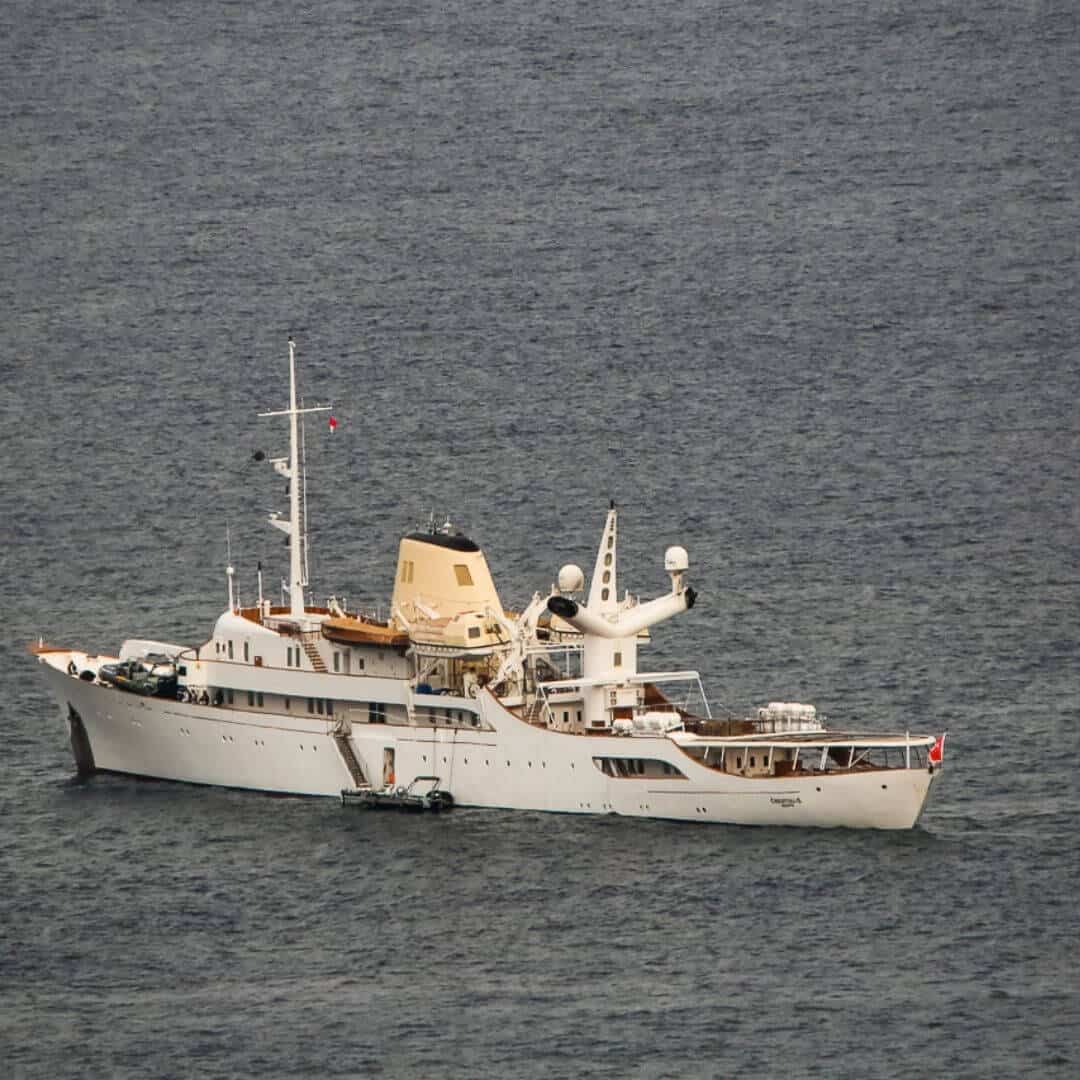 The legendary CHRISTINA O yacht is owned by Ivor Fitzpatrick. Conceptualized by Aristotle Onassis, a Greek shipping magnate, the Christina O entertained the stars of the 20th century.

Onassis hosted the likes of Winston Churchill, Grace Kelly, and Elizabeth Taylor. The $40 million yacht hosted legendary parties, scandals, and luxury on the first personal yacht. She is now owned by Ivor Fitzpatrick, an Irish lawyer, and businessman.

After World War II, Onassis bought the River-class frigate and spent $4 million converting the vessel into a luxurious superyacht named after his daughter.

The opulence reflected his tastes, with a Minotaur-themed mosaic swimming pool that could be raised into a dance floor once drained.

Ari’s Bar had barstools upholstered with the foreskins of whales, with whales’ teeth as the footrests and ivory armrests.

The bathrooms were in marble, and the fittings were in gold. The fireplace in the famous Lapis Lazuli lounge was encrusted in lapis lazuli.

Illustrator Ludwig Bemelmans designed and painted the children’s dining room. When Onassis died, his daughter donated the boat to the Greek government, which let the masterpiece go to rot.

In 1999, she was bought back from the Greek government by John Paul Papanicolaou and completely gutted.

The CHRISTINA O yacht was refitted with replicas of the lavish features Onassis was so proud of. The interior of the yacht reflects an English country manor house style.

During the refit, more accommodation was added to the vessel. The staterooms are smaller compared to 21st-century yachts. CHRISTINA O has a master suite and 17 passenger staterooms.

She can accommodate 34 guests on board and 39 crew. A spiral staircase connects the many indoor and outdoor living spaces.

She lacks the indoor boat storage that is now standard on superyachts, but she has many living areas, and the deck space is very generous.

She also features a glass-paneled gym, a music room, and other luxury amenities. The compass deck features areas for lounging and sunbathing, while the deck below, called the promenade deck, had an aft spa pool and dining area.

She also has a tender garage filled with toys for fun on the water.

Canadian Vickers built the CHRISTINA O yacht in 1943. She served in Normandy during WWII but later became a surplus relic.

Onassis bought the vessel for her scrap value. Onassis charged the Howaldt Shipyard in Germany with creating the lavish personal yacht.

Caesar Pinnau, a German professor of architecture, created classic lines and a high stern for the new and improved CHRISTINA O.

The classic yellow funnel remains to this day. While the yacht retains some of her rugged exteriors, she appears low-slung and eye-catching in the water.

She was one of the first boats to fit an onboard stabilization system for guests’ comfort. Ivor and Susan Fitzpatrick refitted CHRISTINA O in 2015 and again in 2017.

The yacht is owned by Ivor Fitzpatrick, the founder of Ivor Fitzpatrick & Company Solicitors in Dublin, Ireland. As of 2022, he has an estimated net worth of $100 million. CHRISTINA O sets the scene for the fifth season of the hit Netflix series, The Crown.