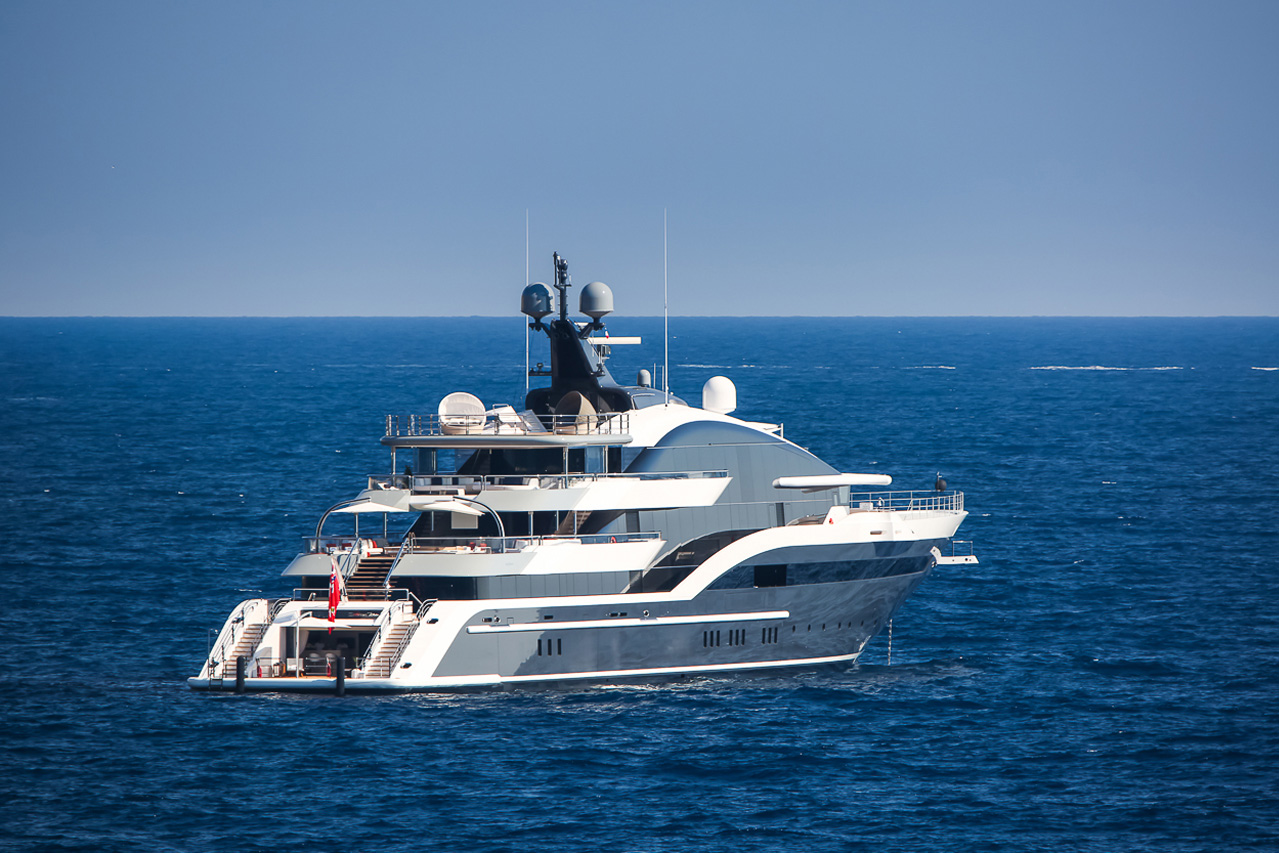 Launched in 2018, DAR yacht is everything a luxury yacht needs to be. With an aggressive looking exterior and a modern, spacious interior, she brings her guests close to nature with her many windows and glass features.

With floor-to-ceiling windows, the Dar yacht can give its guests a great view of the outside world at any time. Designed by Nuvolari Lenard, the interior has some interesting features throughout.

There are underwater lights placed inside, and the owner specifically requested that no dark wood would be used in the interior design. Instead, a blend of sycamore fiddleback and maple bleached grey was used, and to bring everything together, the details were made using Brazilian Caballo wood.

There are even more details throughout the yacht, with 3D-cut leather and 3D lacquer in the living spaces.

The idea was to bring nature as the main source of inspiration. Light colors and timber help bring the look together. Guests can find motifs of leaves, fish, and other things from nature featured throughout the yacht.

The Dar yacht has an exterior that’s almost futuristic in its design. Behind it all is Luiz de Basto Designs, and the thought behind the exterior design was to make her look a bit like a shark. A hammerhead shark, to be exact. This can be seen in the shape of the wing stations, for example.

The glass features on the Dar yacht are extensive. The exterior glass alone weighs about 22 tonnes, and there is a total of 390 square feet of glass on board. The black parts of the exterior are mostly made up of glass as well.

The owner’s private deck has been designed to be just that – private. He can look out at the world, but the world can’t look back in through the windows.