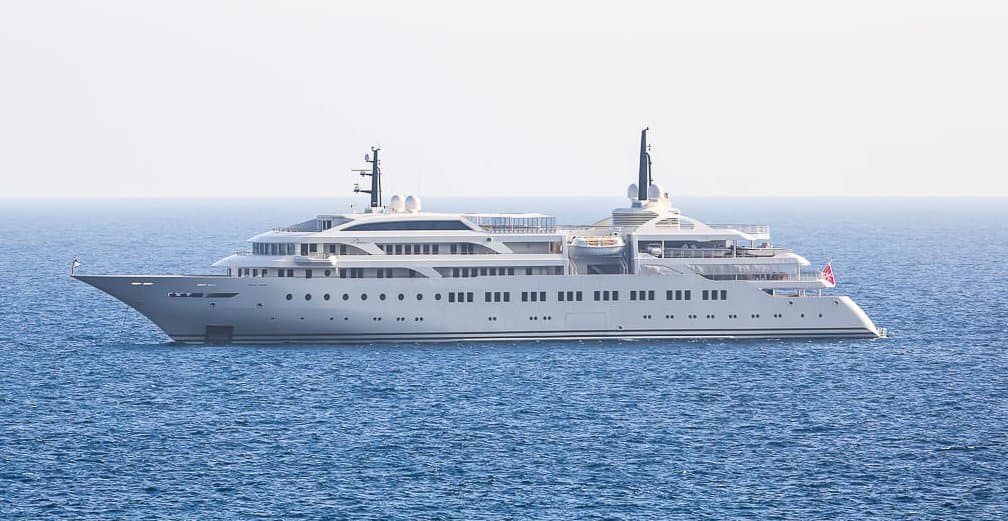 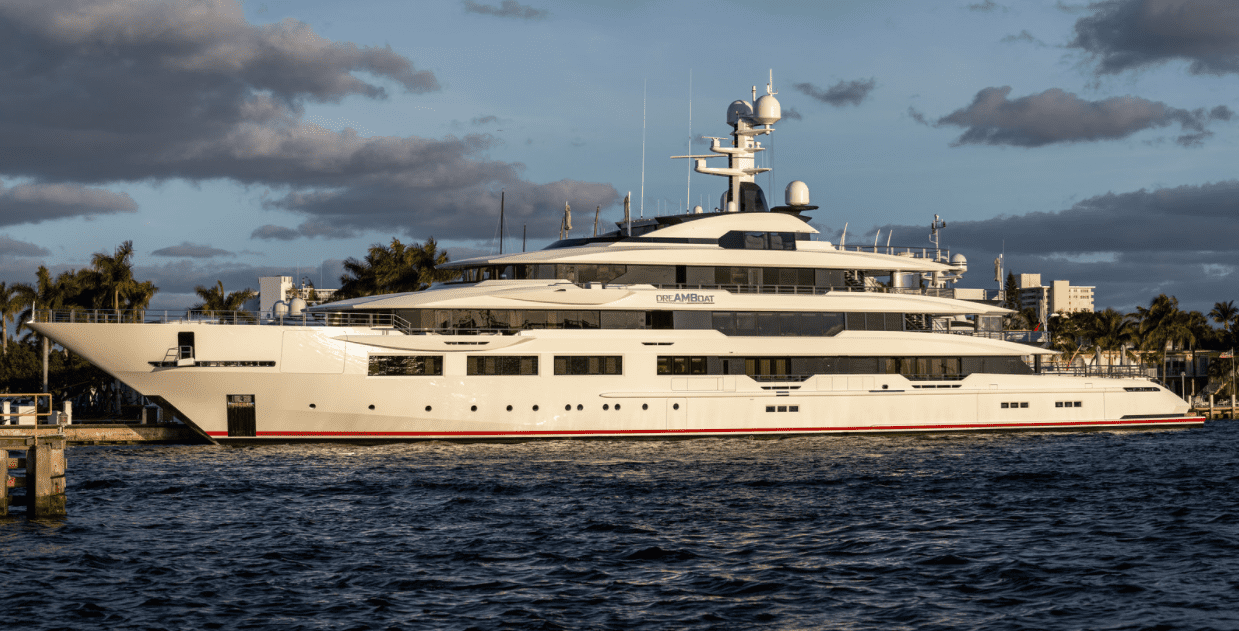 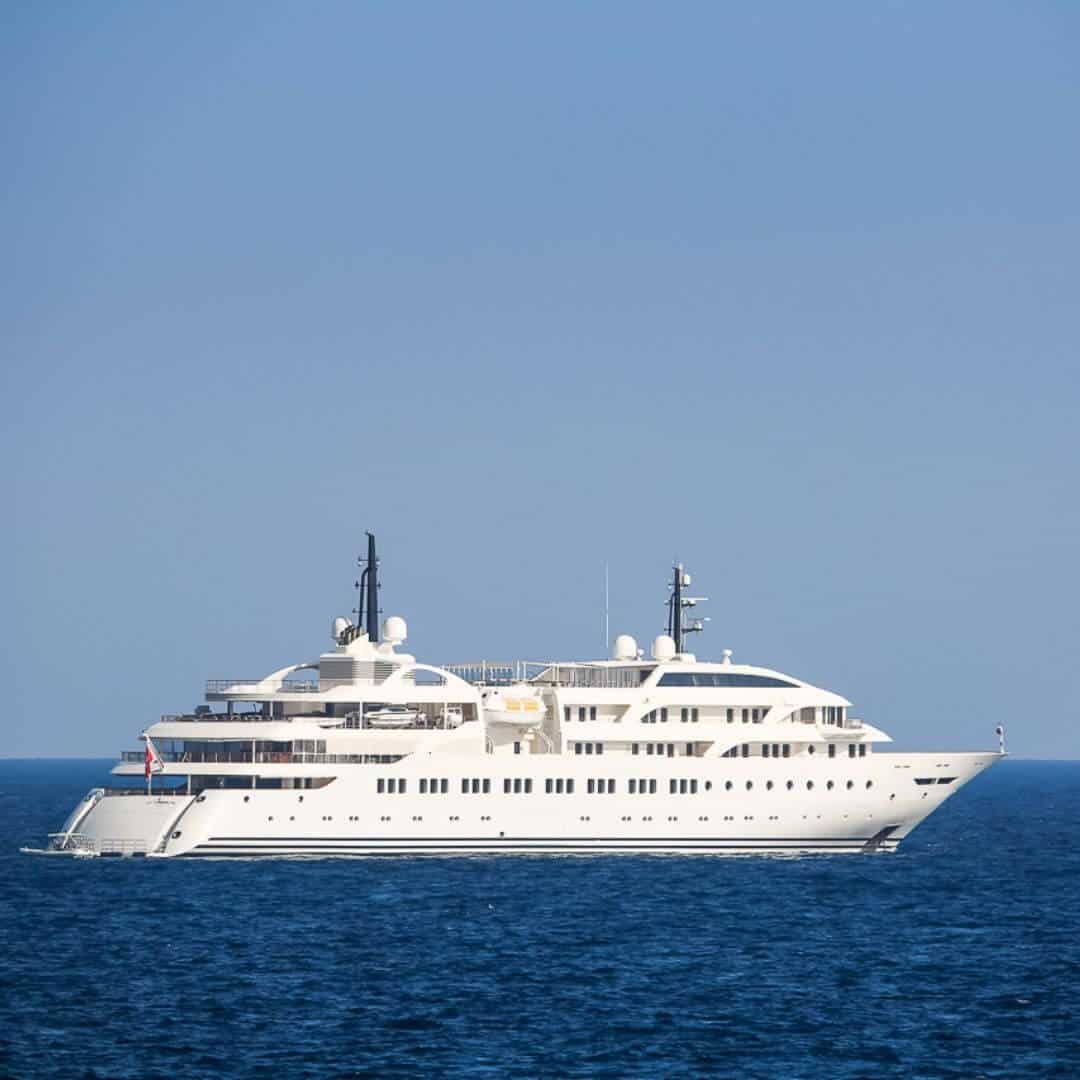 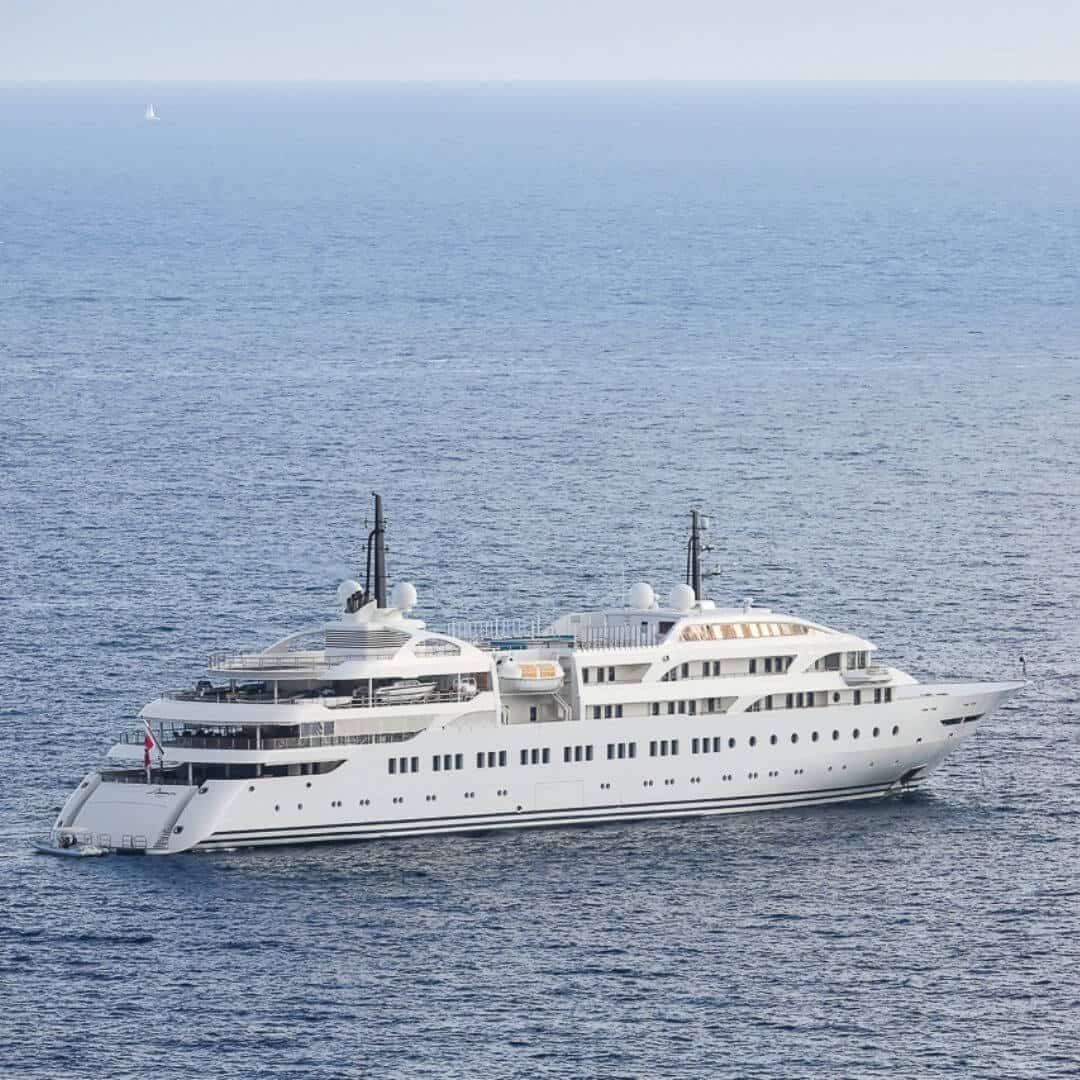 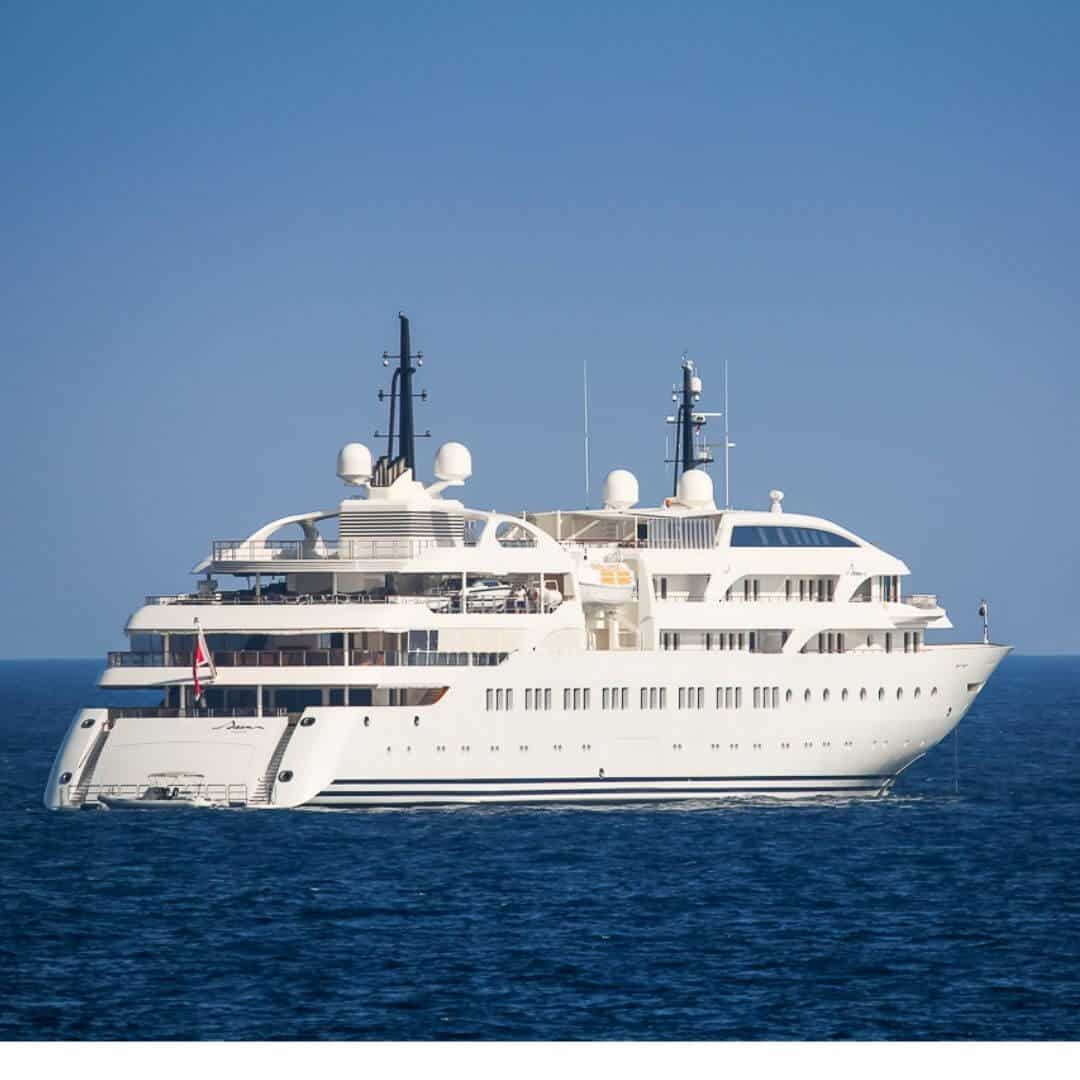 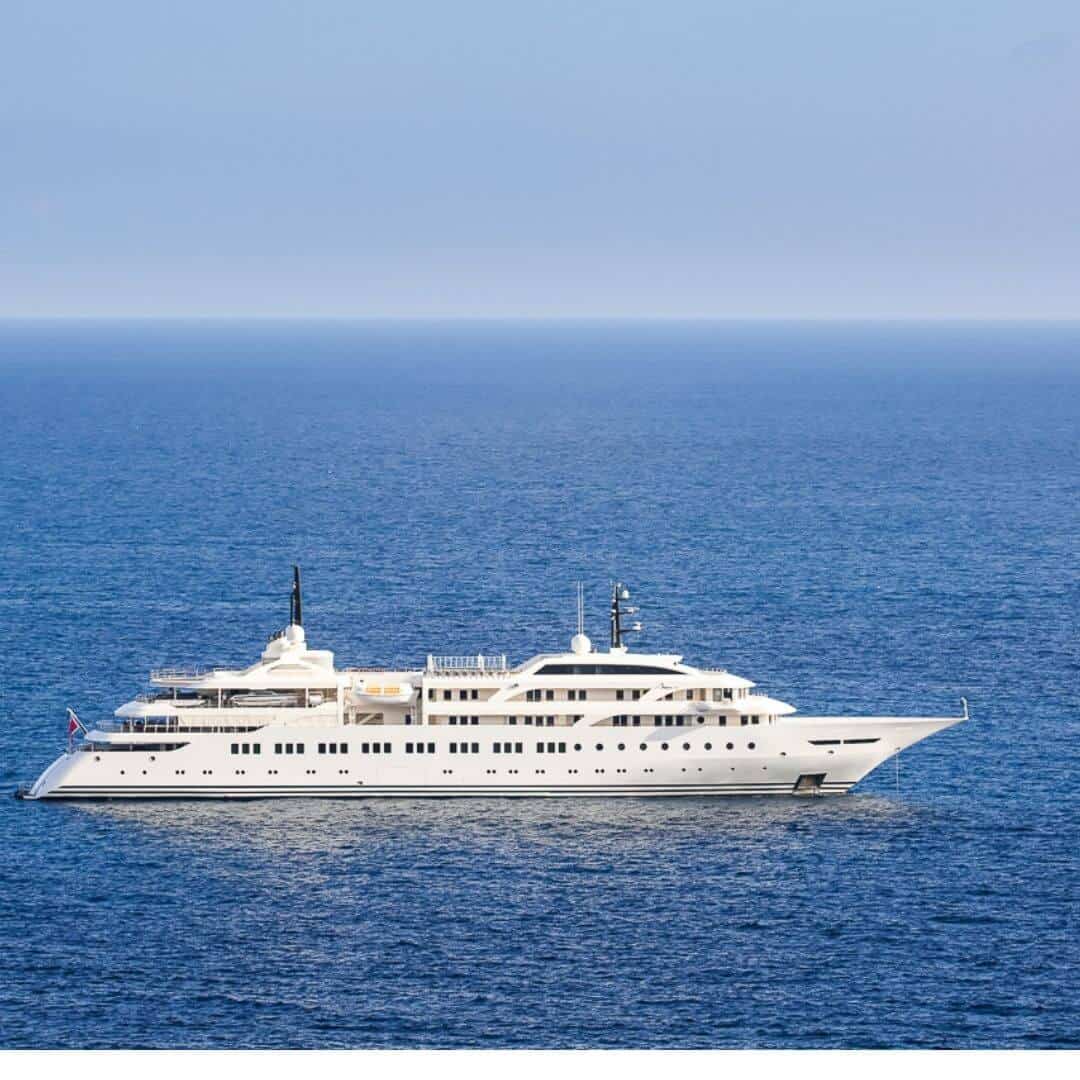 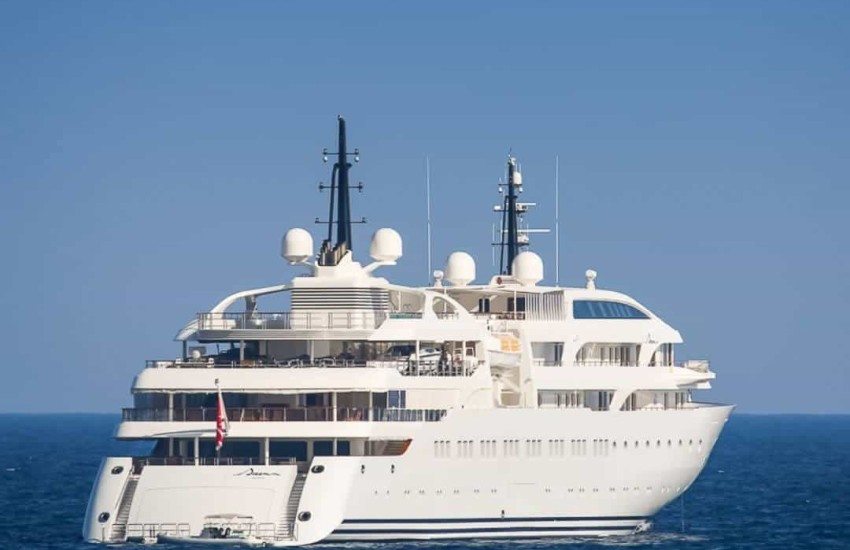 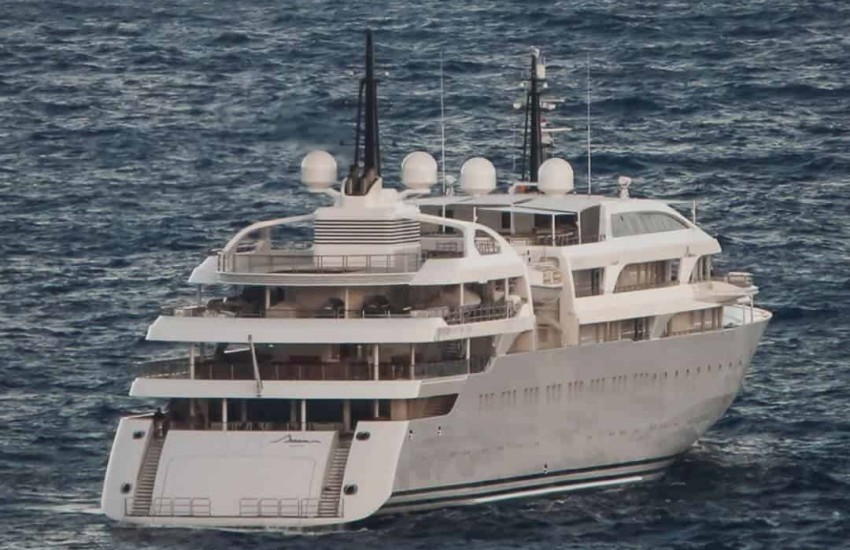 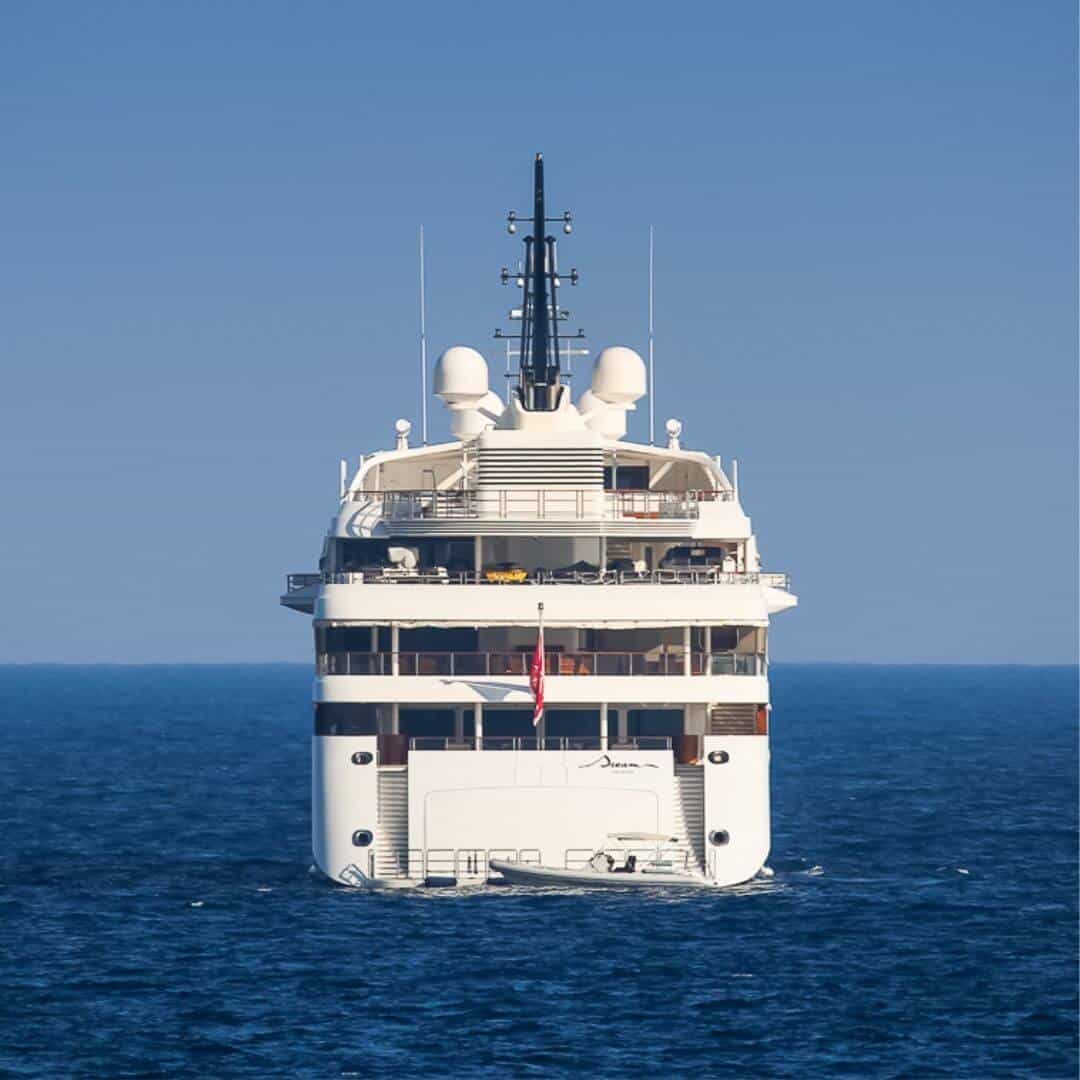 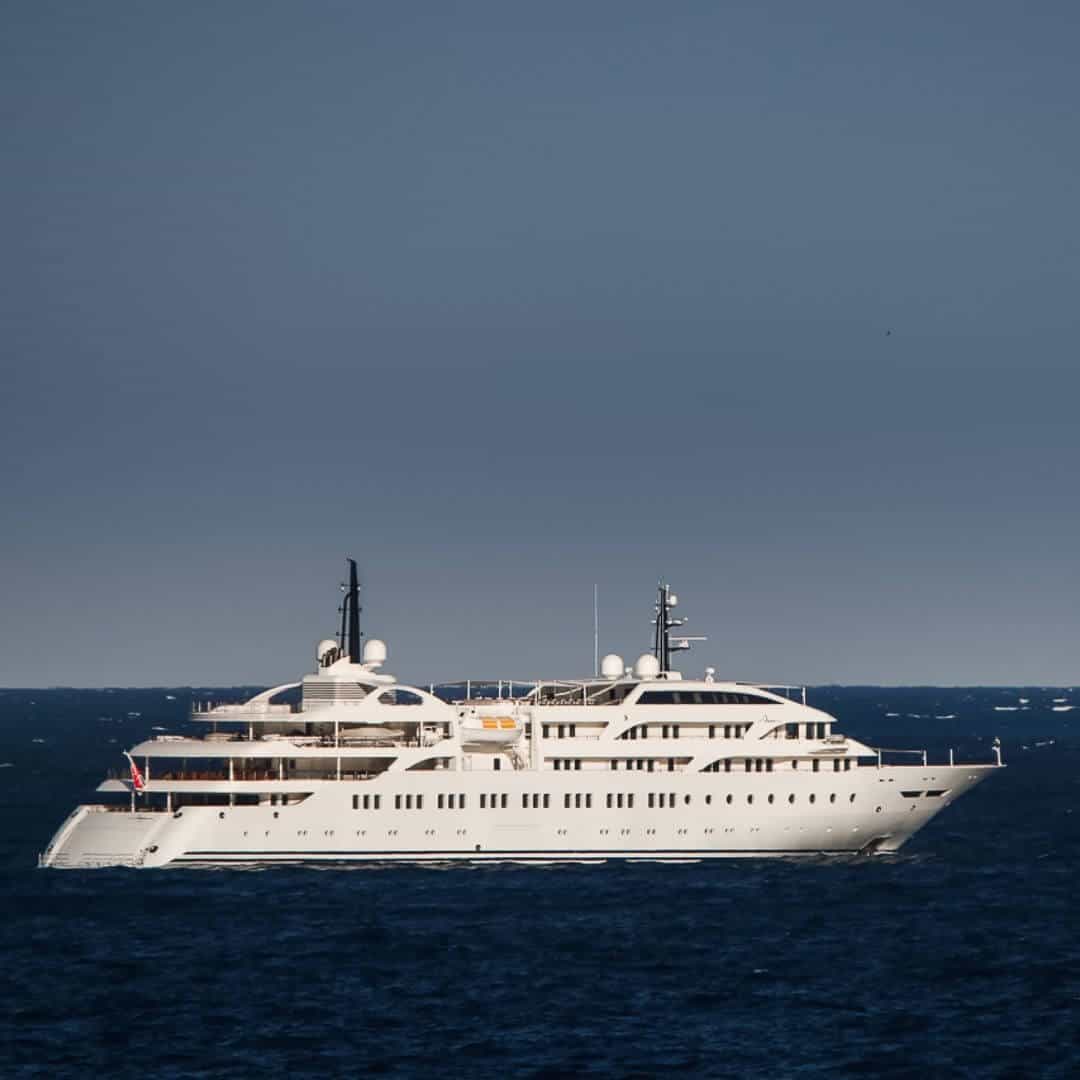 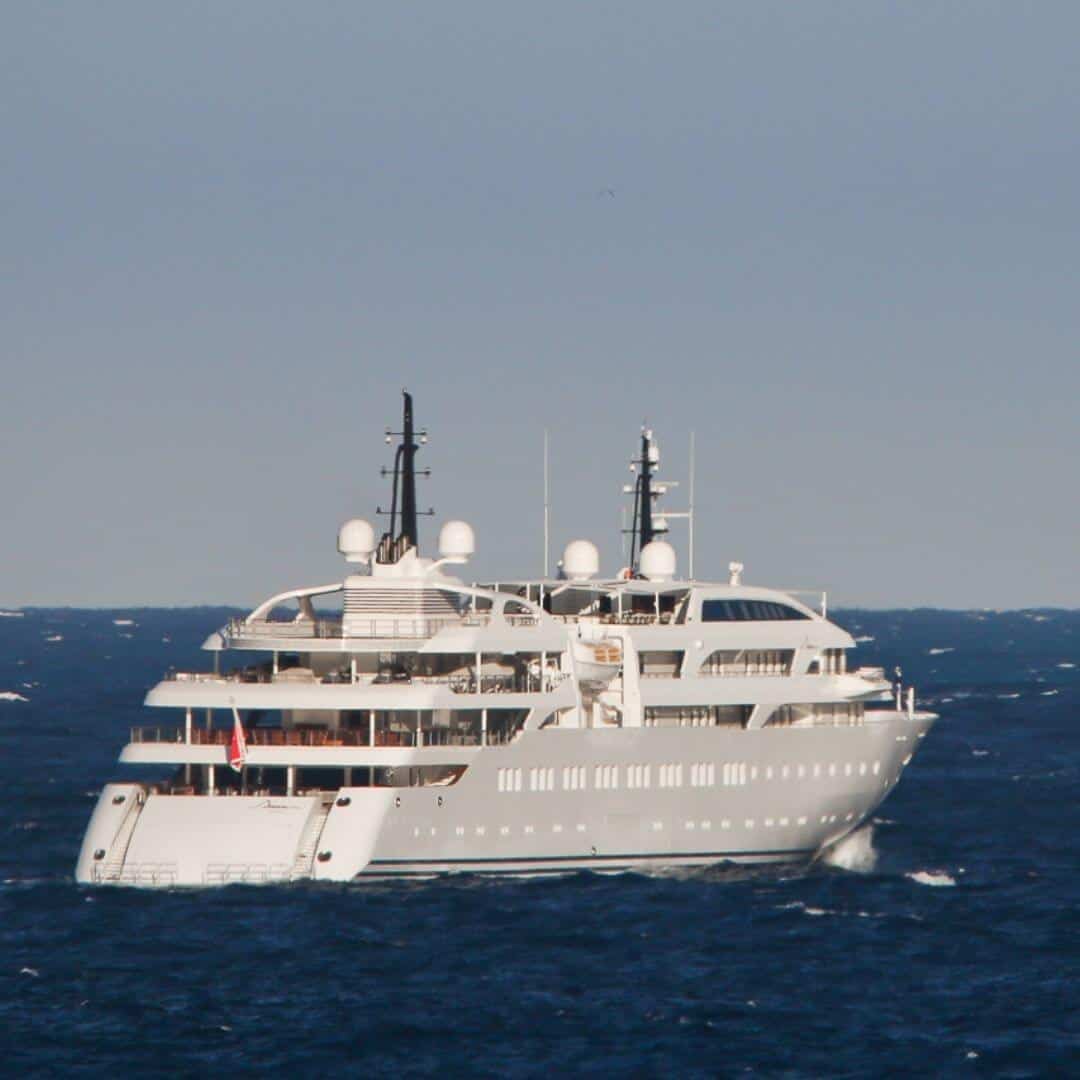 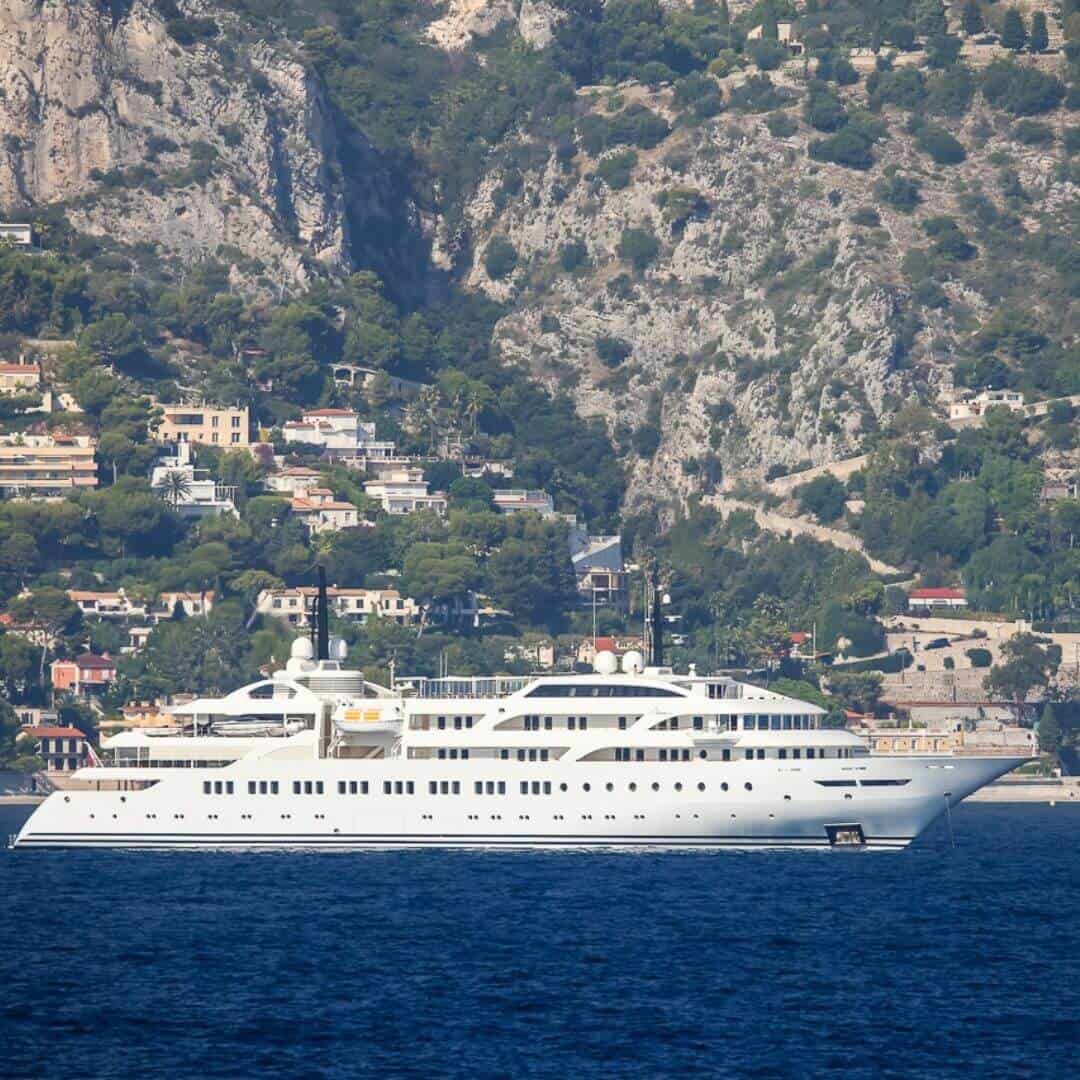 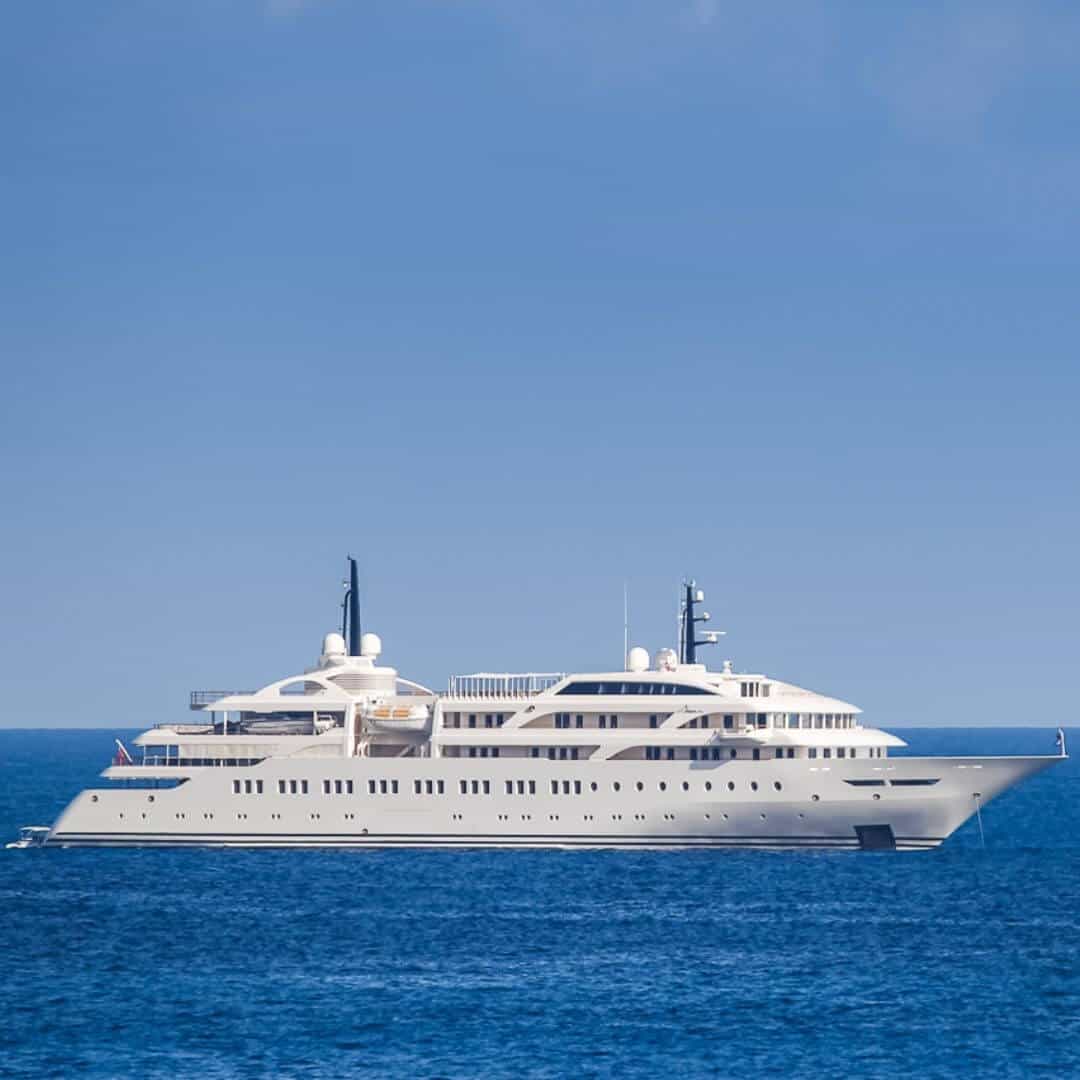 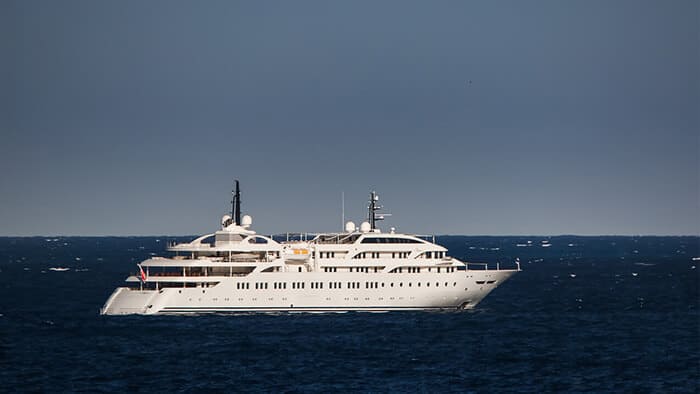 106 metres (347 feet) in length, the superyacht DREAM yacht was built in Turkey by Halic Tersaneleri. Originally it was a passenger vessel but has since been turned into a superyacht.

It was launched in 1997 and can accommodate 44 guests as well as 28 staff members in luxury. Dream is owned by George Prokopiou who purchased the yacht for approximately $150 million. She won the World Superyacht Award in 2019.

To make sure the inside of the Dream met the owner’s exact needs, CQS was hired to design and build the Dream’s custom interior.

There are bright and airy elements inside that match the ship’s overall style. The inside is made very well and polished to a very high standard. Dream has an air-conditioning system that runs through the whole house. She also has a high-tech entertainment system.

He was successful in accomplishing his goal. An aluminium superstructure and steel hull combine to form the Dream, a boat built for love.

Dream has a lot of water toys that guests can use to make the Mediterranean their own private playground. She also has a water slide that allows guests to get from the sun deck to the water in a few seconds.

To keep guests busy, there is a beach club where they can relax on the edge of the water. She also has a hot tub on the deck.

Some impressive features have been seamlessly integrated to help you, such as Wi-Fi, which lets you stay connected at all times if you want to. Also, her exteriors are made to be able to hold a lot of people and to have a lot of room for outdoor lounges on the main deck. There is also a helicopter pad on the lower deck.

The Dream has a total length of 106 metres (347 feet) She has a displacement of 4700 tonnes and can reach speeds of up to 17 knots at its top speed. Her cruising speed is around 12 knots on average.

According to the manufacturer, The DREAM yacht vessel is powered by Wärtsila engines. She can reach speeds of up to 17 knots.

The range is stated as 7200 nautical miles at 12 knots. The Dream’s annual running expenditures are projected to reach $15 million.