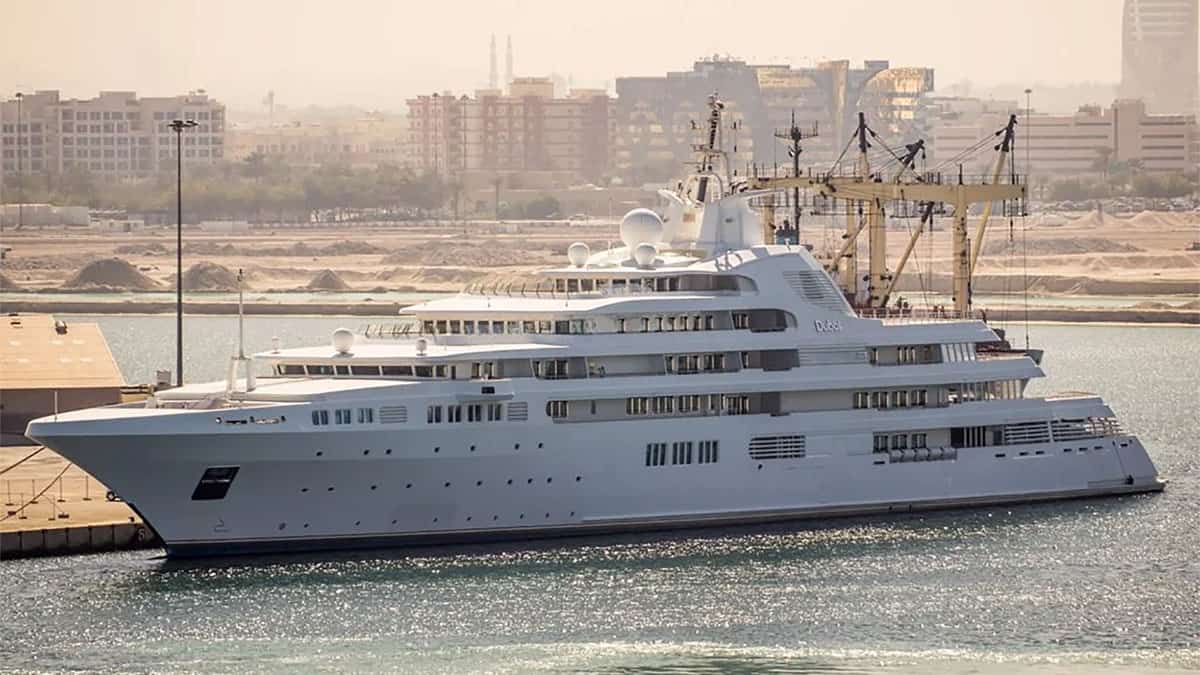 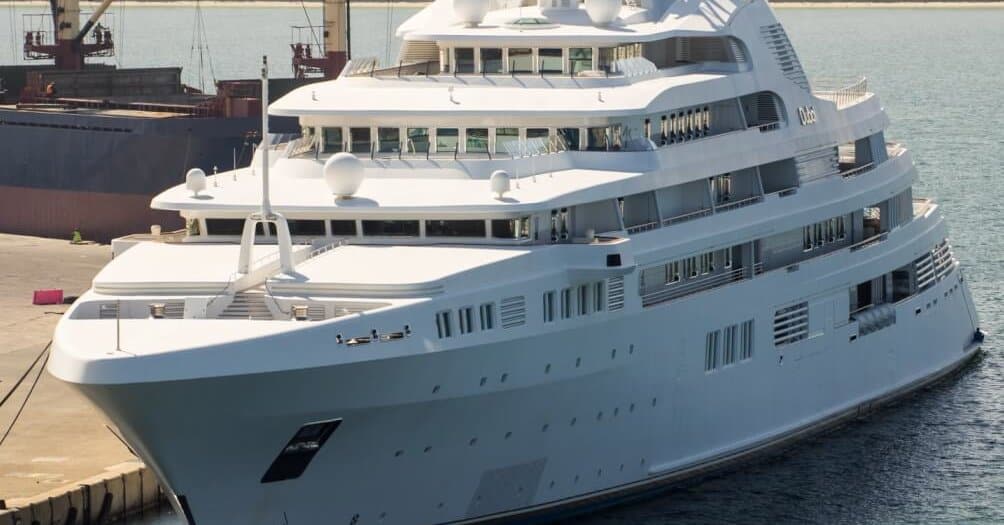 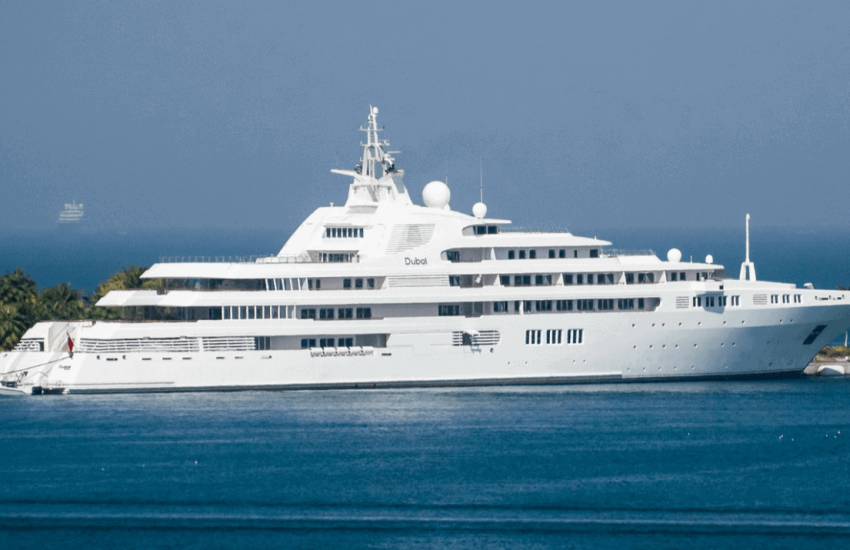 The DUBAI yacht is one of the biggest yachts in the world. The 162-meter vessel was built by Blohm + Voss in Germany and delivered to her owner Sheikh Mohammed bin Rashid Al Maktoum the prime minister of the United Arab Emirates, in 2006.

Andrew Winch is thought to have influenced the design and the renowned studio Platinum Yachts also worked on DUBAI.

The interior of this gigantic vessel is just as you might expect it.

The interior is decorated in bright colors with a great variety of entertainment spaces and salons.

The glass staircase is a central focal point within the yacht and is reminiscent of a cruise ship.

DUBAI can welcome 48 guests in 24 luxurious cabins as well as a sizable crew of 88 members.

There is a nightclub, a spa, a beauty salon, a cinema, and a gym on board DUBAI.

Many rooms are decorated with mosaics or tapestries and only the finest and most expensive fabrics.

Her four diesel MTU engines allow her to reach top speeds of 25 knots with an average cruising speed of 20 knots.

The exterior of the DUBAI yacht was developed by the well-known English yacht designer Andrew Winch.

His international design studio took special care with this project, and it is one of their largest to date.

The DUBAI yacht is an all-white yacht with a massive aluminum superstructure and steel hull.

She has a helipad and a beautiful mosaic swimming pool located aft.

Of course, there is plenty of space reserved for sunbathing on one of the vessel’s seven decks.

Two 10-meter tenders find space on board DUBAI as well as a large selection of water toys.

The sheikh purchased DUBAI for a price of US $500 million in 2006, which makes her one of the more expensive superyachts in her size category.

She generates an estimated US $35 to 50 million in annual running costs.

Originally the owner of DUBAI was supposed to be Prince Jeffrey of Brunei.

Construction for the luxury vessel started in 1996 but ended up taking almost ten years as the prince ran into legal problems and was unable to purchase the yacht.

Finally, in 2006 DUBAI was delivered to her current owner Sheikh Mohammed bin Rashid Al Maktoum who is the prime minister of the United Arab Emirates.

As of 2022 his net worth is estimated to be as high as US $15 billion and he tends to take his yacht for shorter trips not too far from the city of Dubai that gave the vessel its name.