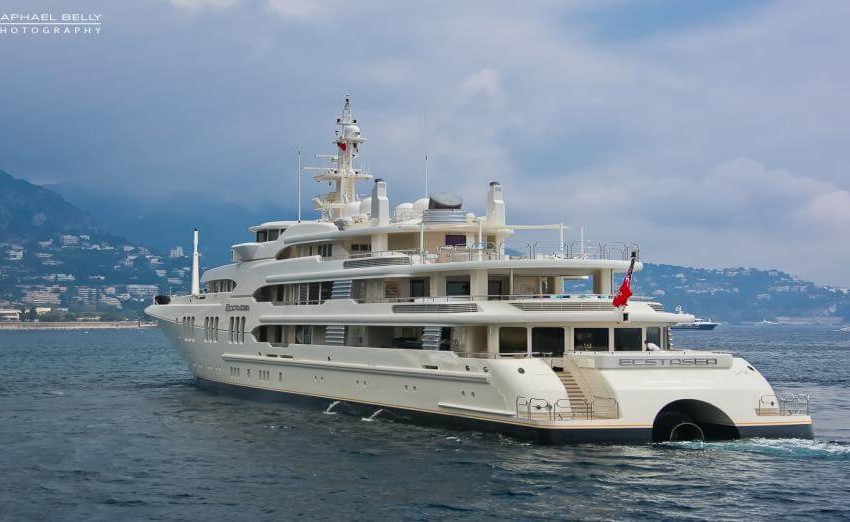 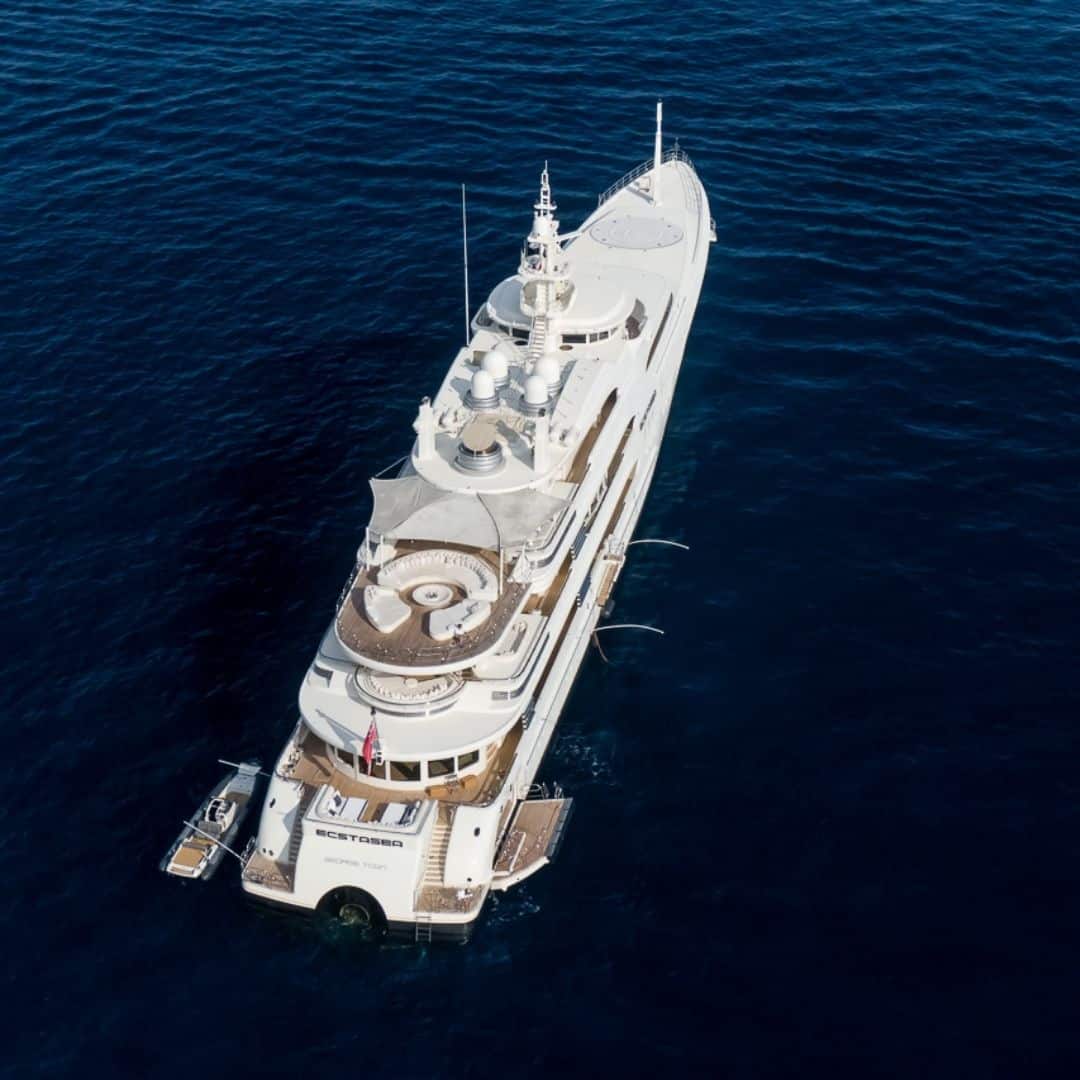 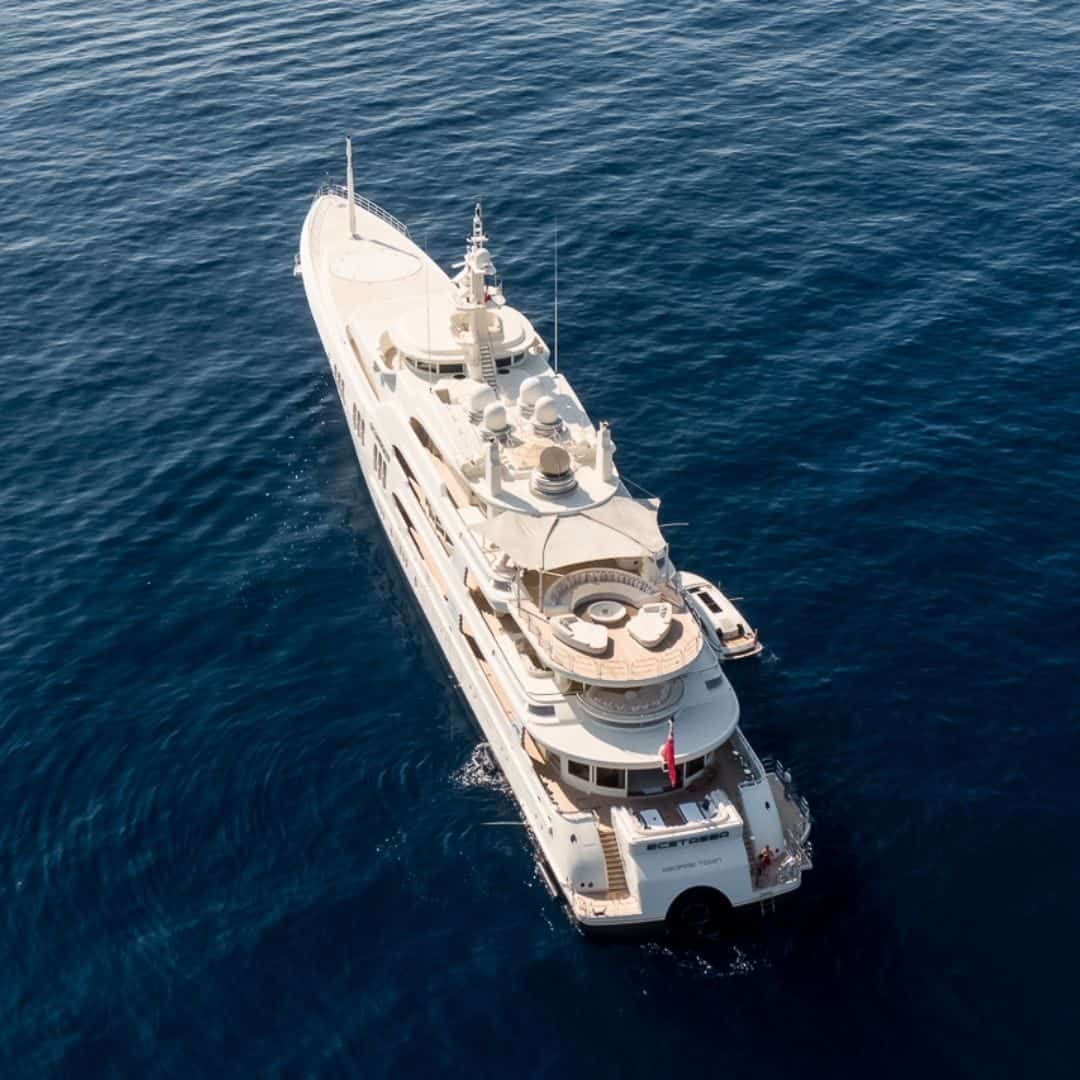 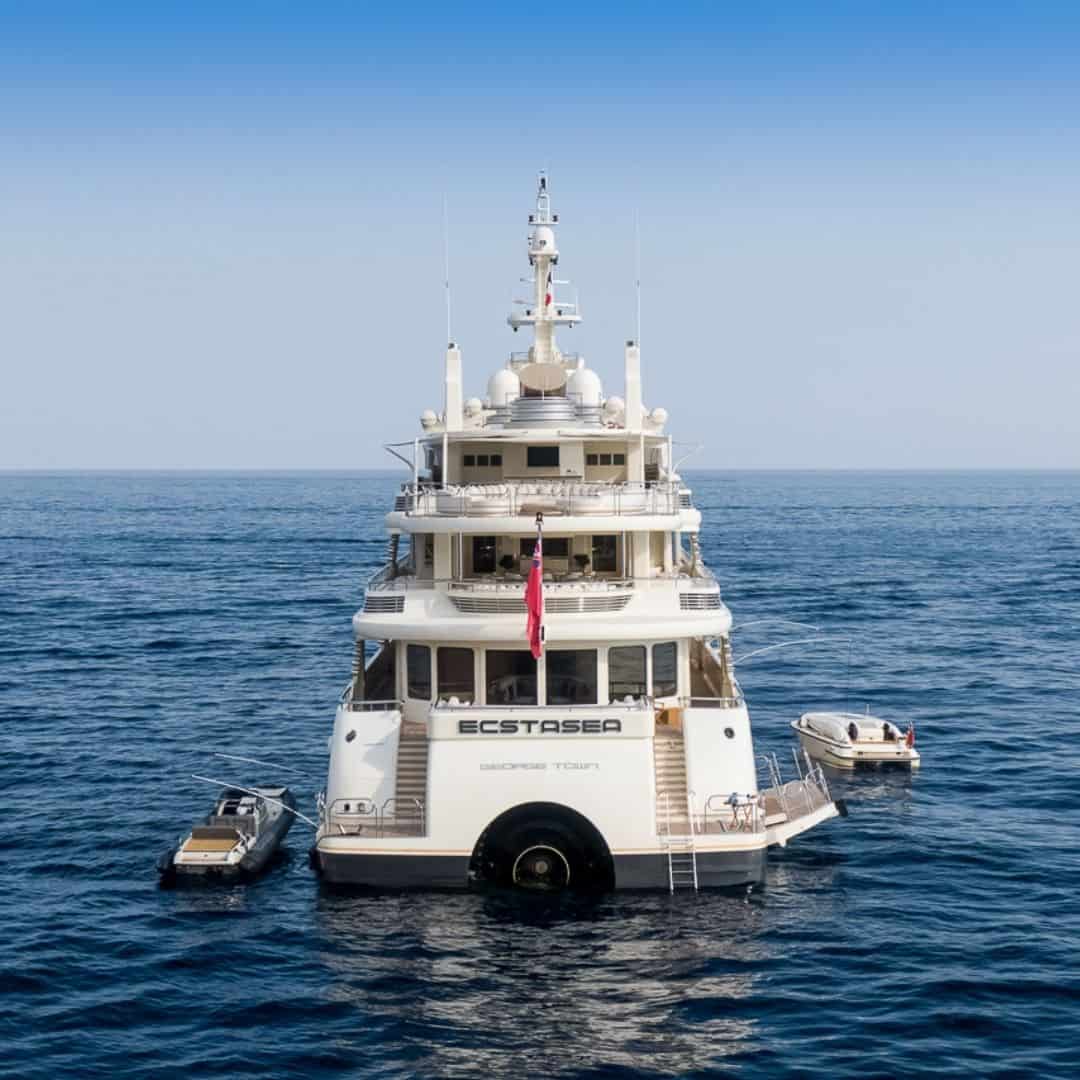 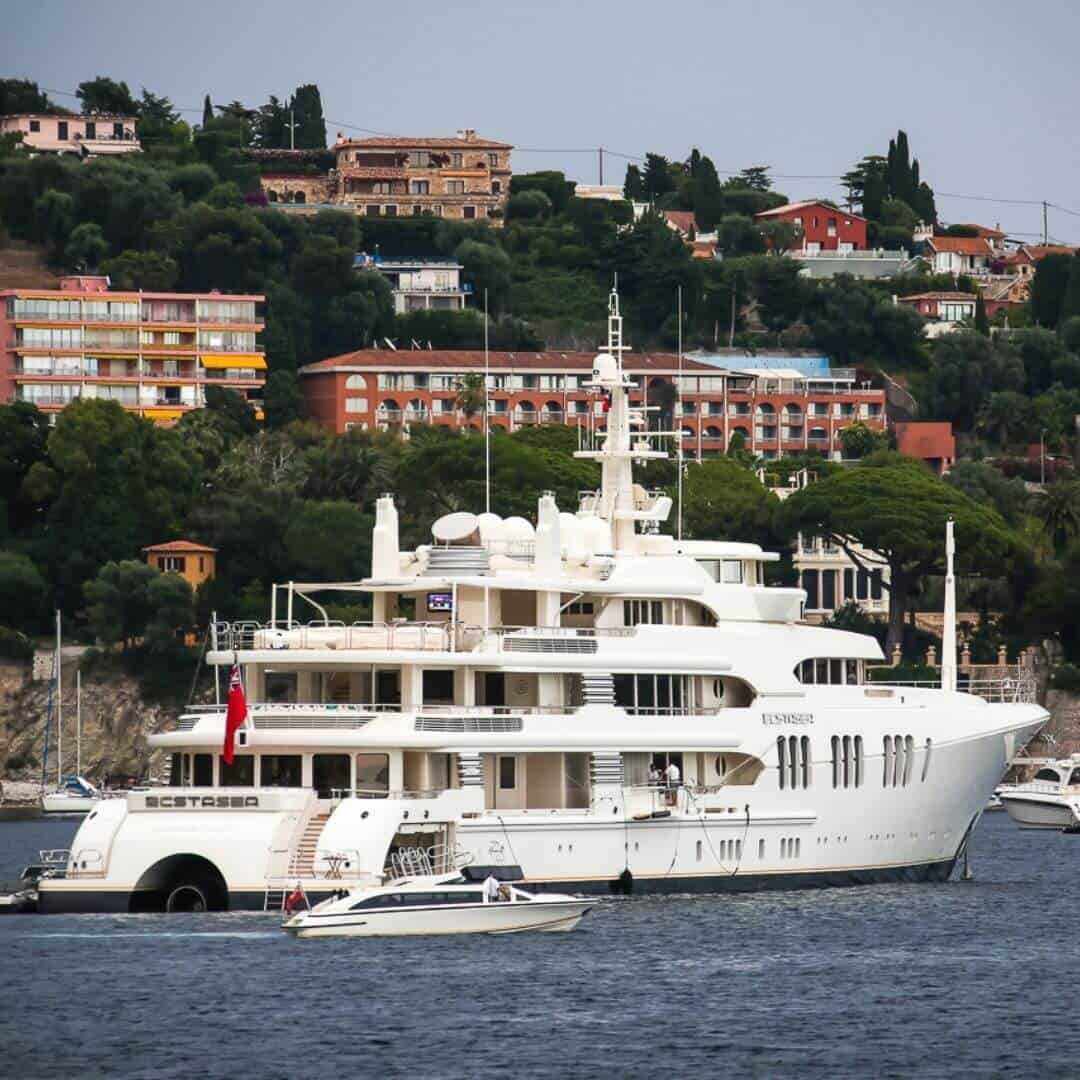 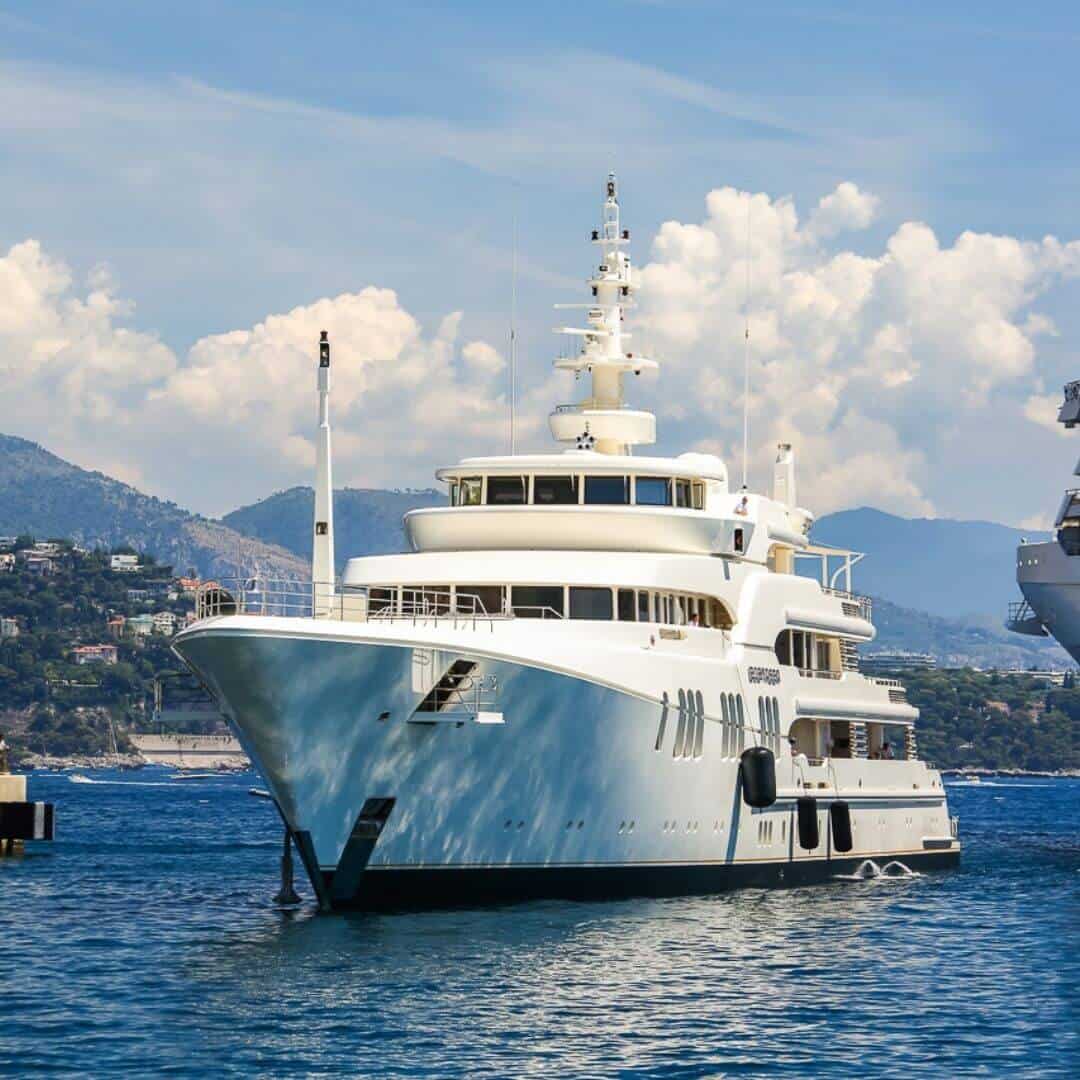 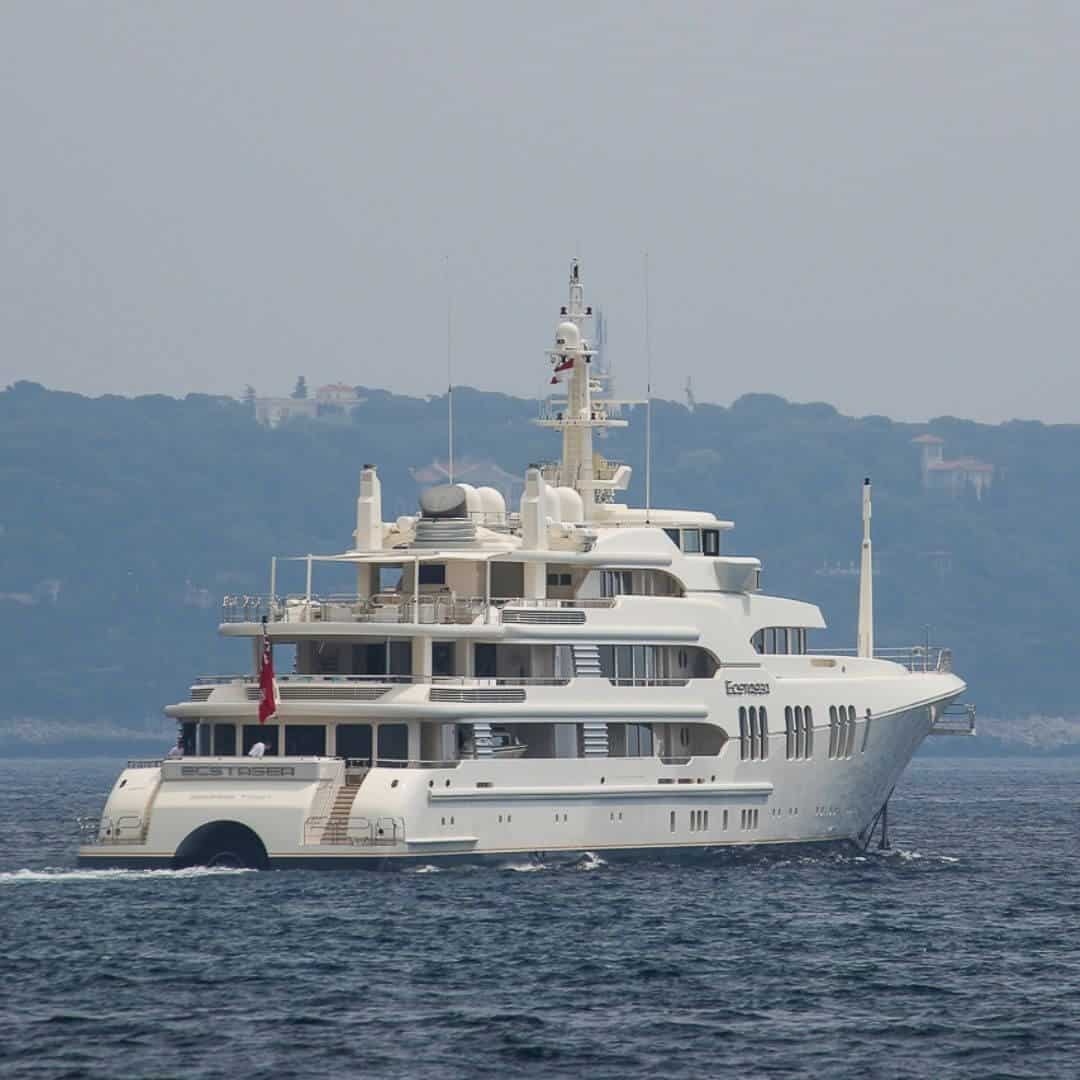 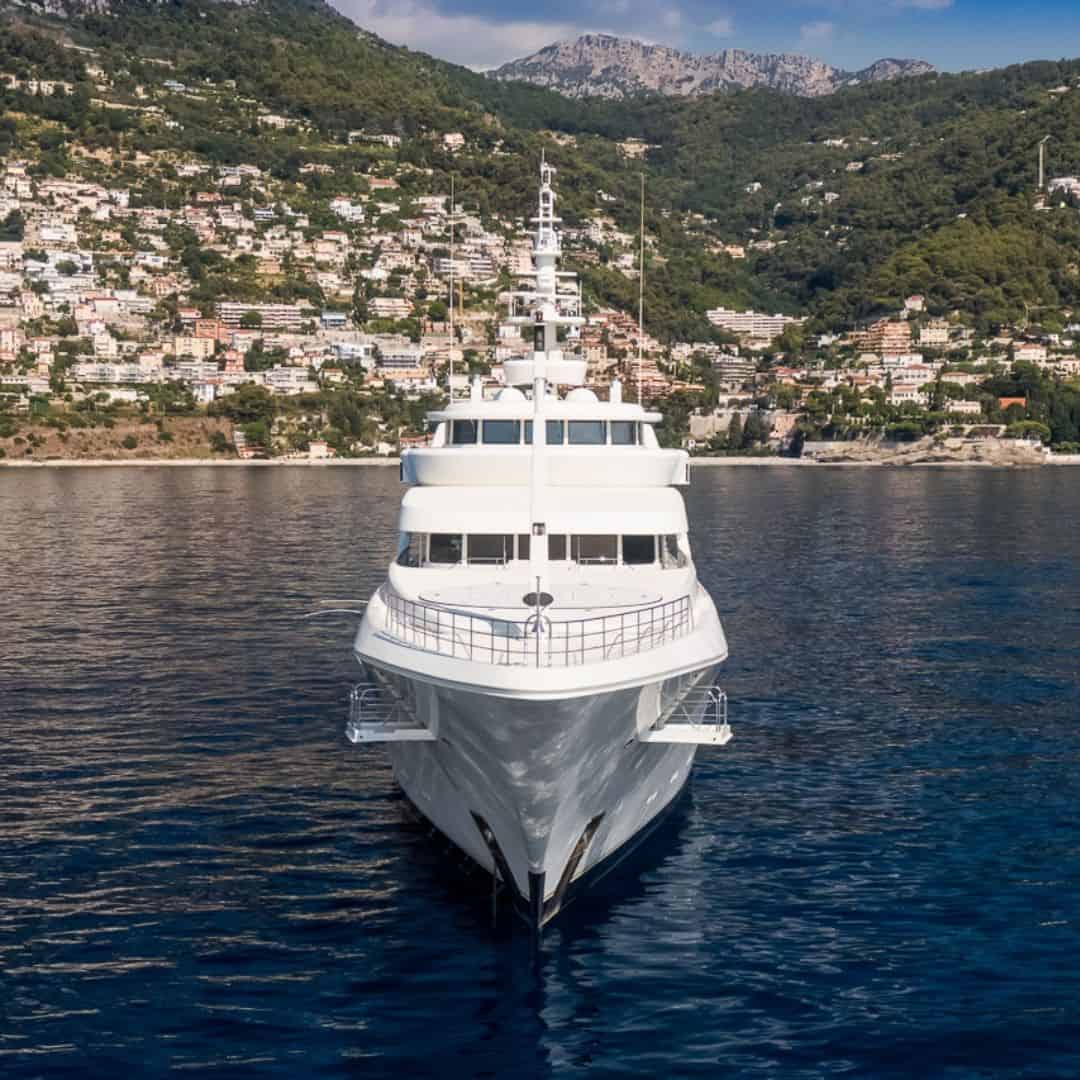 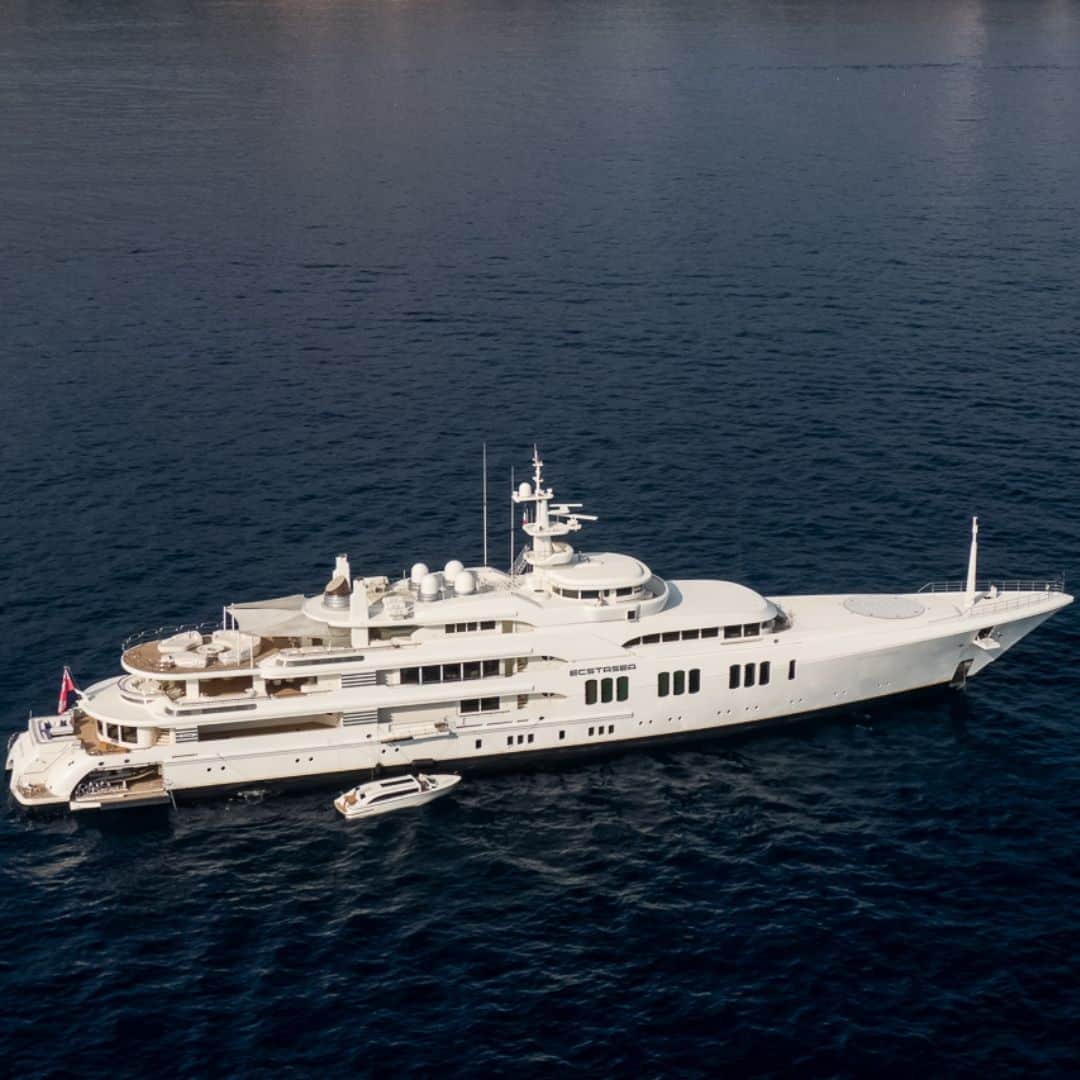 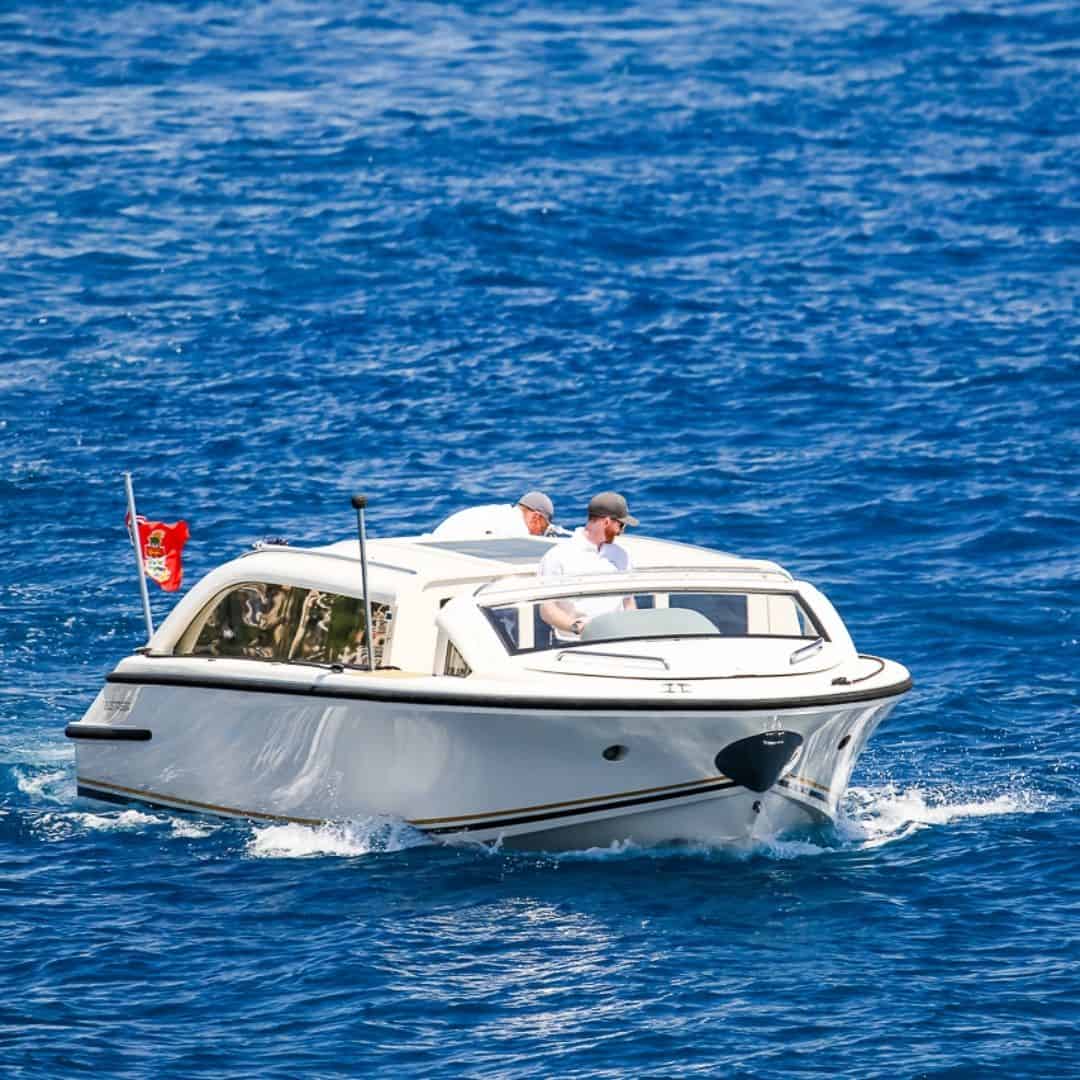 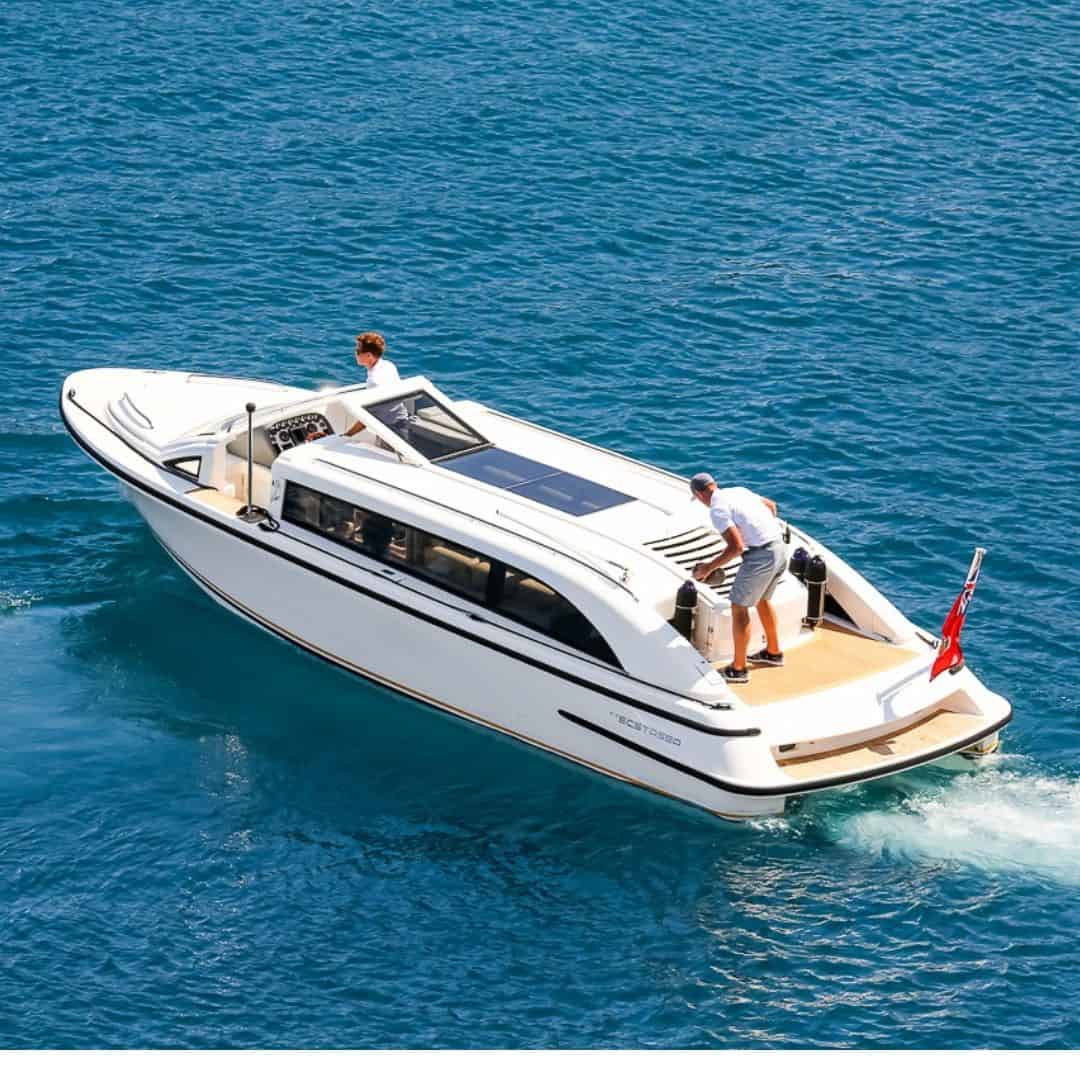 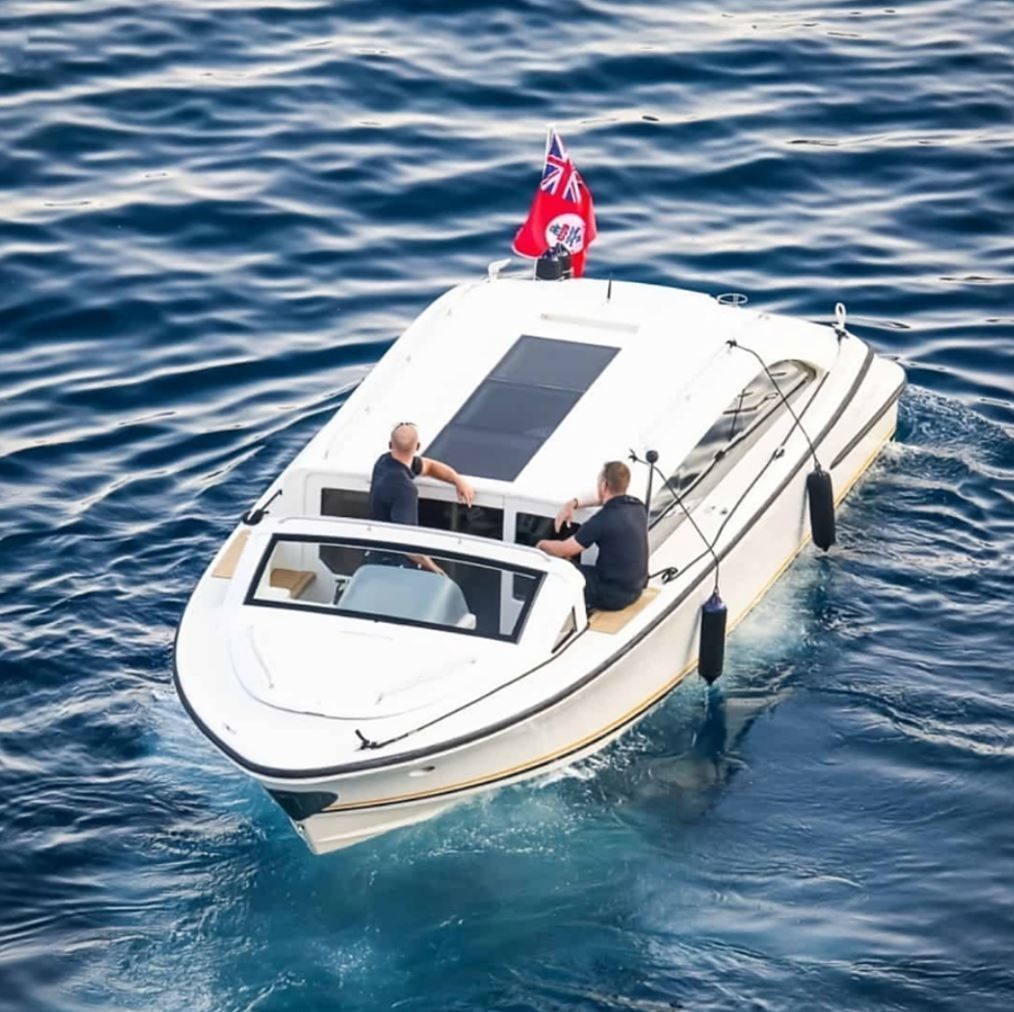 Owned by Belgian entrepreneur Alshair Fiyaz, ECSTASEA yacht is a $75 Million superyacht built in 2004. Her annual running costs are approximately ten to twenty million dollars per year. This gorgeous vessel can comfortably accommodate 14 guests with a crew of 24 on hand to cater to their needs.

ECSTASEA’s interior was designed by Terence Disdale and his team. The yacht was most recently refit in 2011, suggesting she might be redone again soon. ECSTASEA can welcome fourteen guests in seven spacious cabins.

She has a massage room, a gym, a sauna, several indoor and outdoor bars and even a steam room. Twenty-four crew members find space on board to help cater to the needs of guests onboard.

Her gross tonnage is 2,107 tons. ECSTASEA is one of the fastest yachts in her size category and can reach incredible top speeds of 33 knots. She cruises comfortably at an average speed of 14 knots. She is powered by four MTU engines as well as a gas turbine.

Much like her interior, the exterior of ECSTASEA was designed by ​​Terence Disdale, who is based in the UK. He started his career with no formal design training and now owns one of the most well-respected studios in the industry. ECSTASEA is all white with a large helipad on the forward deck and even a small aircraft hangar.

She carries several tenders, including a 9.5 metre (31.1 ft) Vikal Limousine. The superyacht has a beautiful sundeck at the aft with a spacious seating area for guests. ECSTASEA is known for carrying an impressive selection of water toys on board, including inflatables, jet skies, wakeboards, sea bobs and even mountain bikes.

ECSTASEA originally cost an estimated US $125 million, although she reportedly only listed for a price of US $75 million when the Crown Prince of Abu Dhabi sold her to Alshair Fiyaz in 2014. She generates an estimated US $10 to 15 million in running costs every ear.

ECSTASEA was originally built for Roman Abramovic, who bought the yacht in 2004. He also owns famous yachts like ECLIPSE and SOLARIS, both of which are ranked in the top twenty of the largest yachts in the world. Abramovic, who is a Russian billionaire businessman and politician, sold ECSTASEA to the Crown Prince of Abu Dhabi, who in 2014 sold her to Alshair Fiyaz, a Belgian investor.

Fiyaz is the current owner of ECSTASEA and frequently takes her on outings around the Mediterranean. He comes from a wealthy family and founded his own investment company, which helped him acquire a net worth of US $3 billion. Today he is active in the shipping and textile industries.