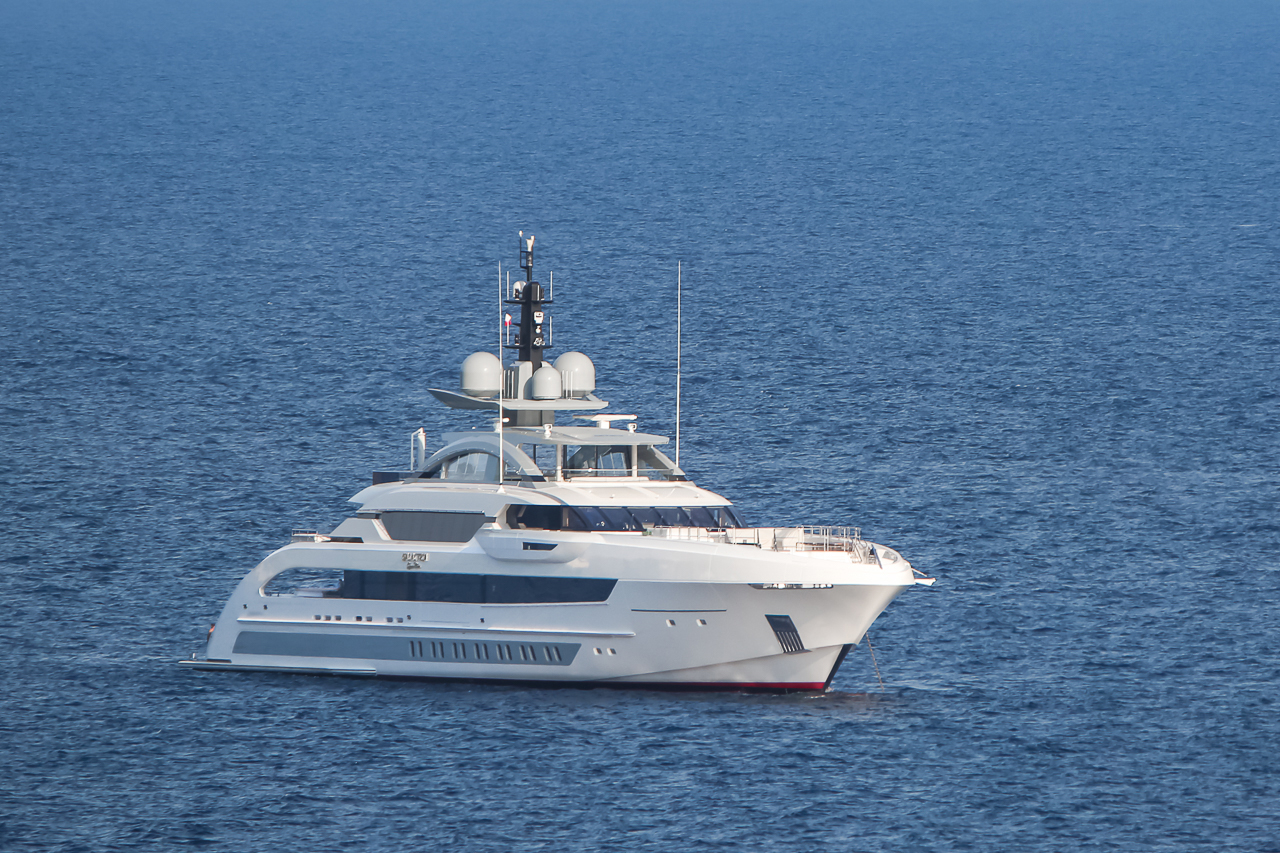 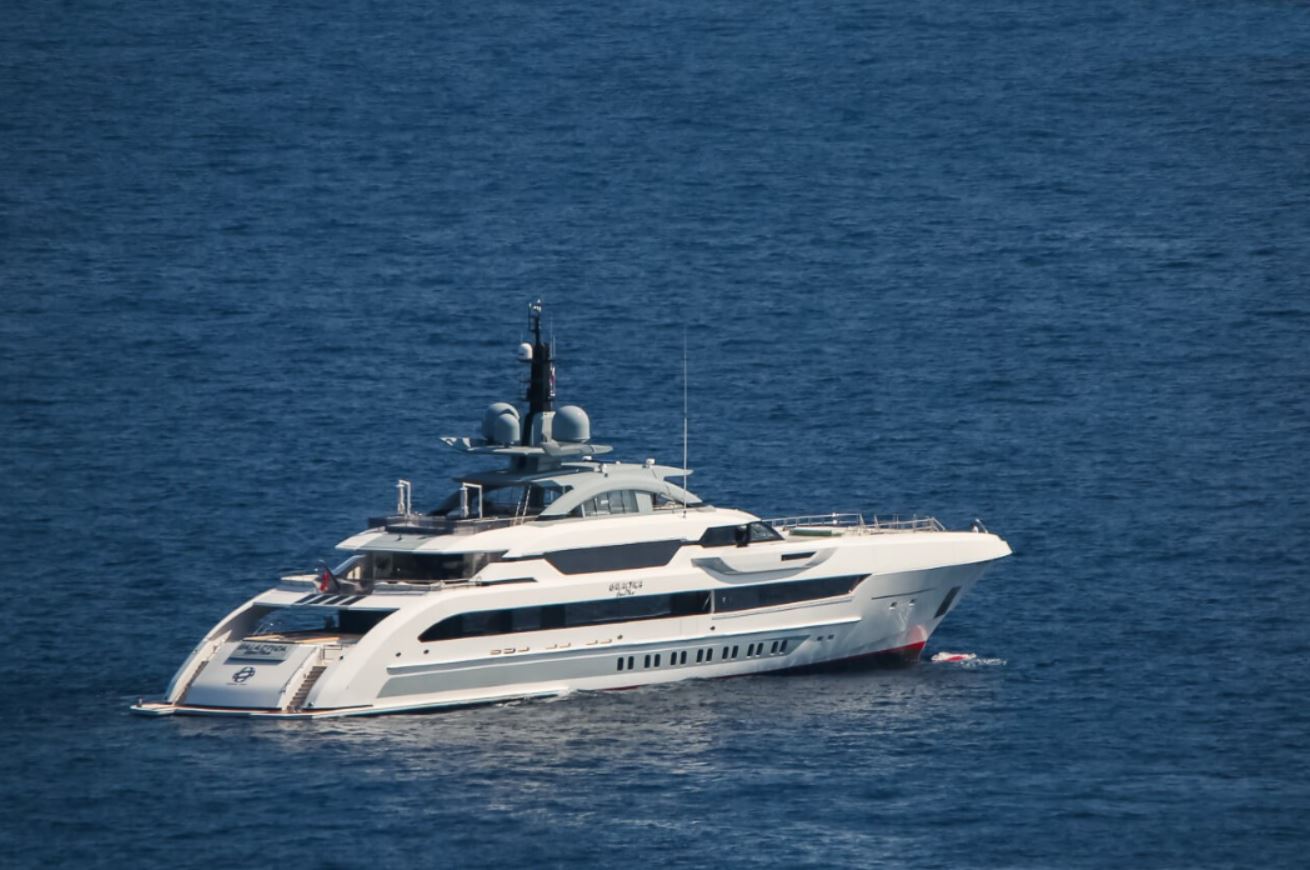 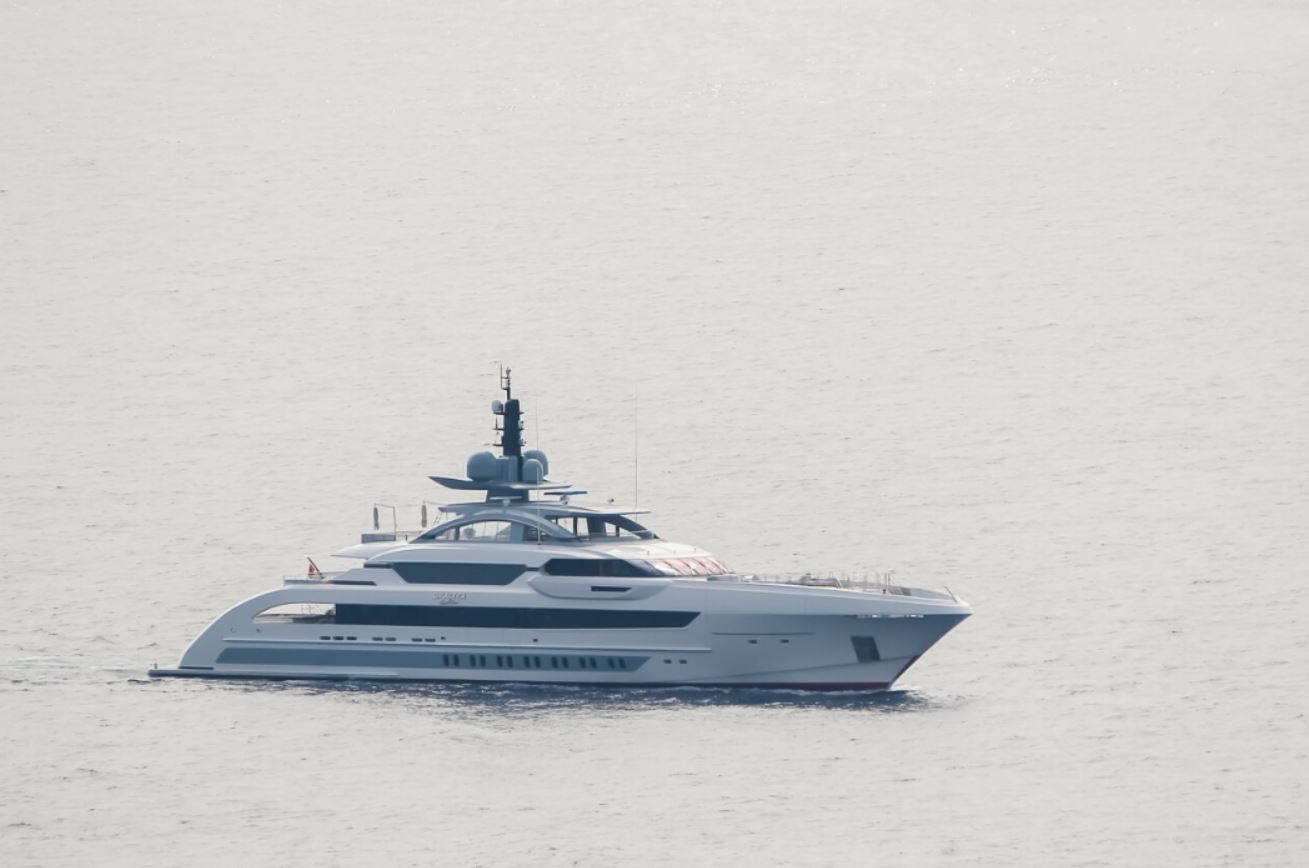 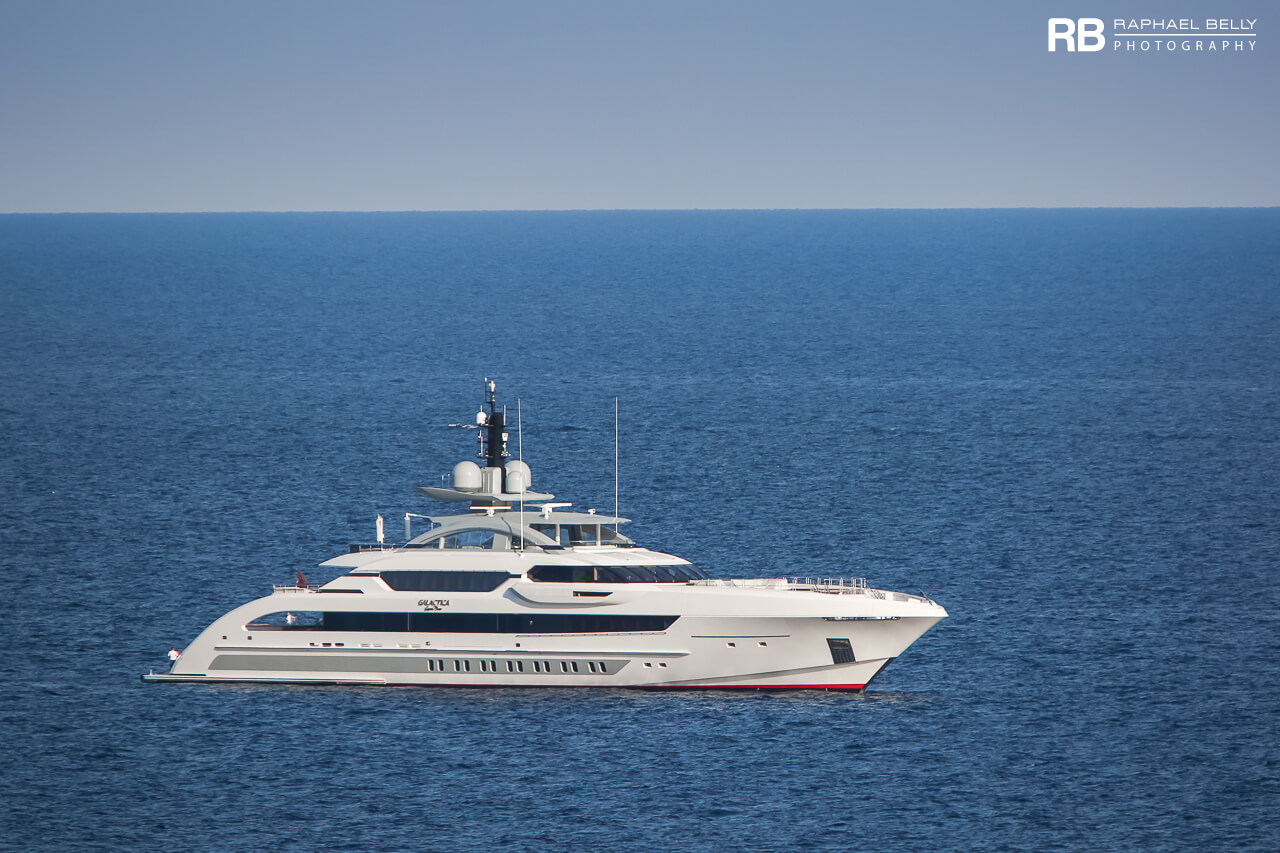 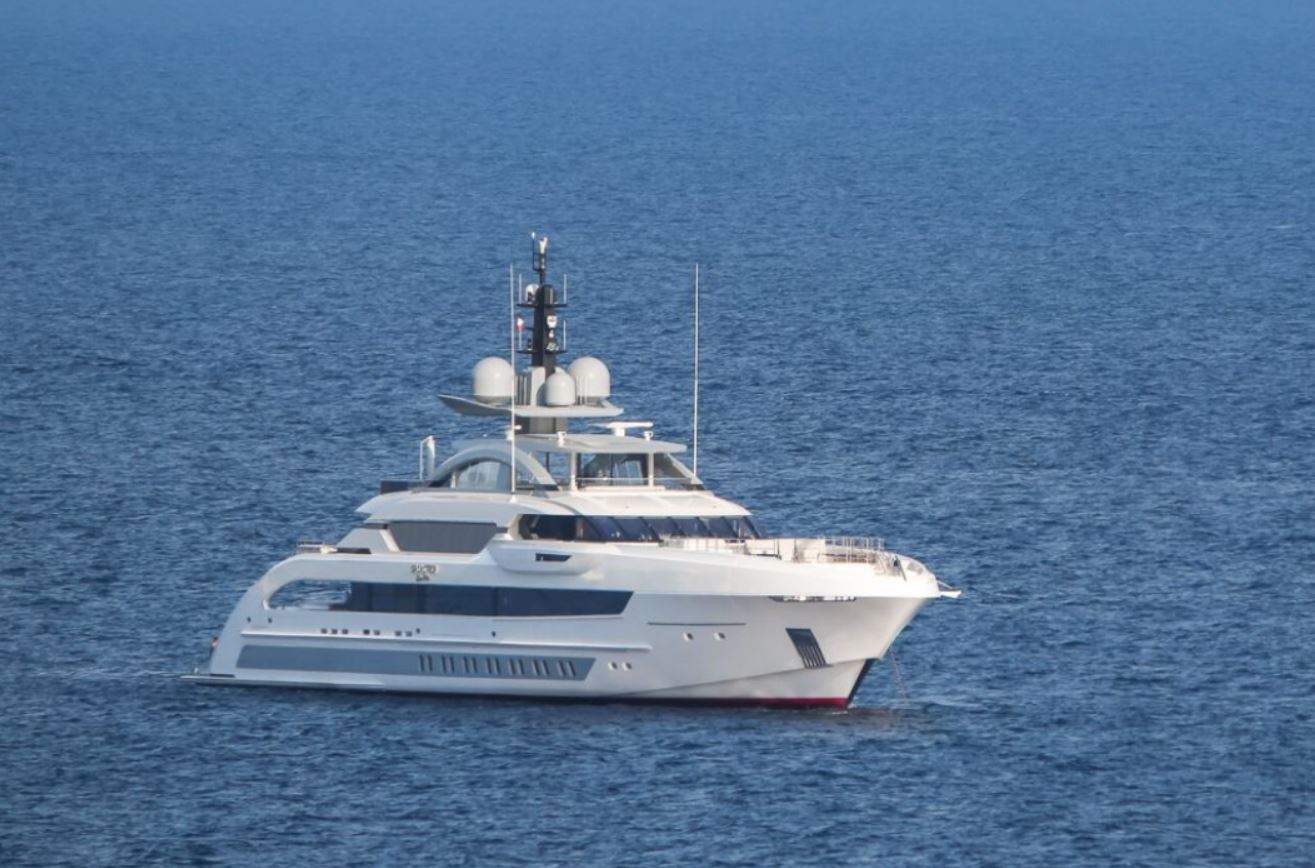 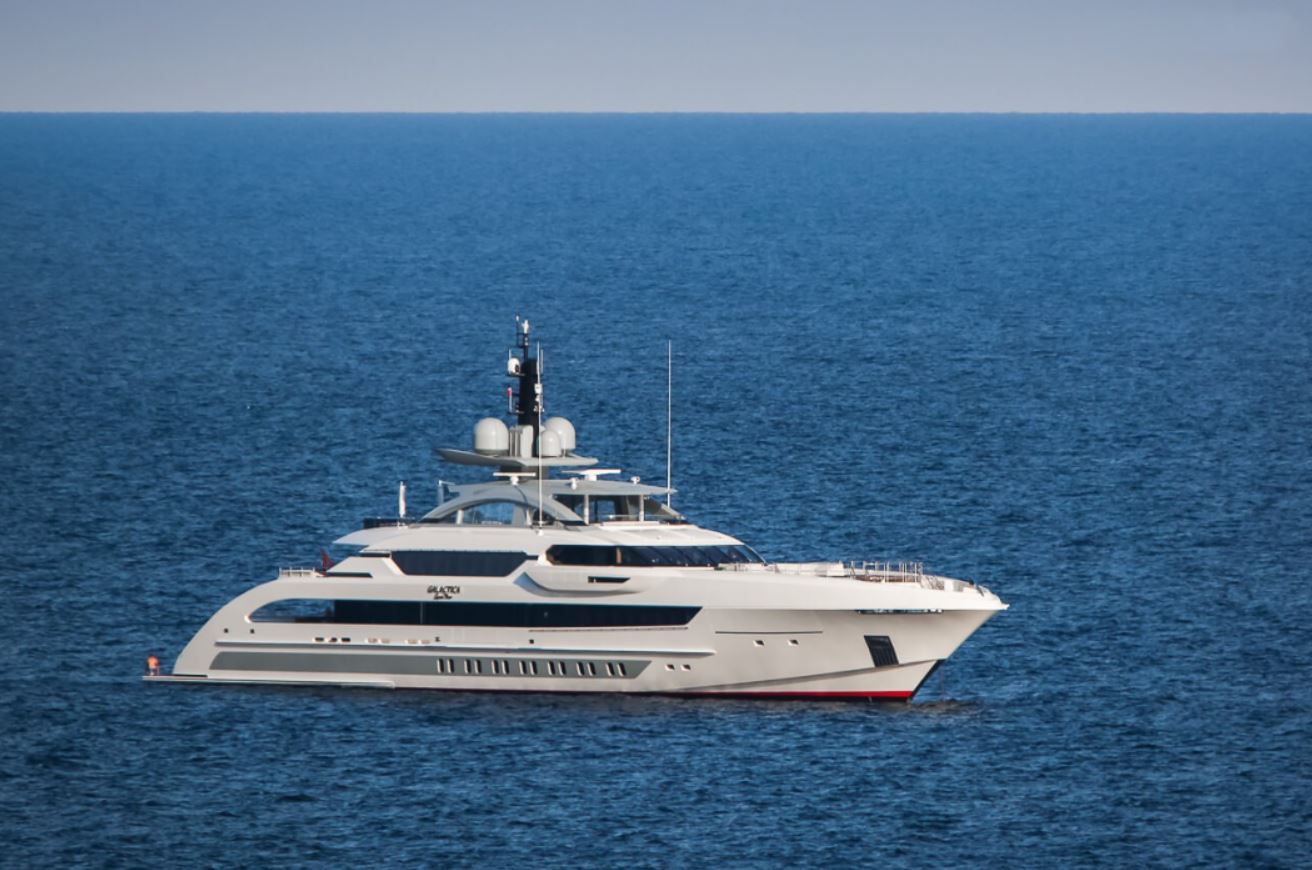 The award-winning GALACTICA SUPER NOVA yacht was built by the Dutch shipyard Heesen Yachts. They specialize in custom-built superyachts and are considered one of the world leaders in the design, construction, and engineering of all-aluminum yachts.

The GALACTICA SUPER NOVA is ranked as the 282nd largest yacht in the world and is considered Heesen shipyard’s second-largest yacht ever constructed.

GALACTICA SUPER NOVA’s interior design is penned by Sinot Yacht Architecture & Design, which prides itself in exclusive interiors designed to the highest standards and customized according to the wishes of our clients.

Her elegant and comfortable interior is a blend of modern and traditional design elements. The architect Sander Sinot collaborated closely with the property’s owners to develop a layout that is aesthetically pleasing and perfectly reflects the owners’ way of life.

Espen Oeino is responsible for the jaw-dropping exterior design of the Galactica Super Nova.

He worked on a previously established technology platform that was supplied by Heesen. Her appearance embodies Heesen’s DNA while also introducing new design elements, which elevates her to the status of one of the most prominent figures in the Heesen galaxy.

Her profile is sleek and aggressive with a curved support arch and a unified aesthetic from top to bottom, inside and out.

Seven suites, including one VIP cabin and two cabins that can be configured as either twins or doubles, have been included in the layout to provide comfortable lodging for a maximum of fourteen passengers.

The incredibly roomy master suite with full beams comes with a dressing room that has plenty of space for storage and benefits from having a bathroom for both the master and the guest.

In addition, she has the capacity to accommodate up to sixteen crew members, which makes for a much more relaxing luxury yacht experience.

She is built with an aluminum hull and aluminum superstructure, with teak decks. She is able to comfortably cruise at 25 knots and can reach a maximum speed of 30 knots with an impressive range of up to 4,000 nautical miles from her 91,240-liter fuel tanks.

She is powered by diesel MTU (16V 4000M 93L) 16-cylinder 4,613hp engines running at 2100rpm. Her at-anchor stabilizers provide an unparalleled level of comfort for her guests to enjoy.

Additionally, she can carry up to 33,000 liters of fresh water in her water tanks.

She was constructed in accordance with the guidelines established by the American Bureau of Shipping (ABS), Commercial Yachting Service (CYS), AMS, and ABCU classification societies.

This beautiful and magnificent yacht costs  $80 million and has yearly operating costs that range anywhere from $5 million to $8 million.

GALACTICA SUPER NOVA yacht is owned by Vagit Alekperov. He is the President of Lukoil and owns 25% of the company’s share. LUKOIL is one of the largest publicly traded, vertically integrated oil and gas companies in the world.

Alekperov is the author of a book called “Oil of Russia: Past, Present and Future.” He is also included in Forbes’ list of Billionaires for 2022.