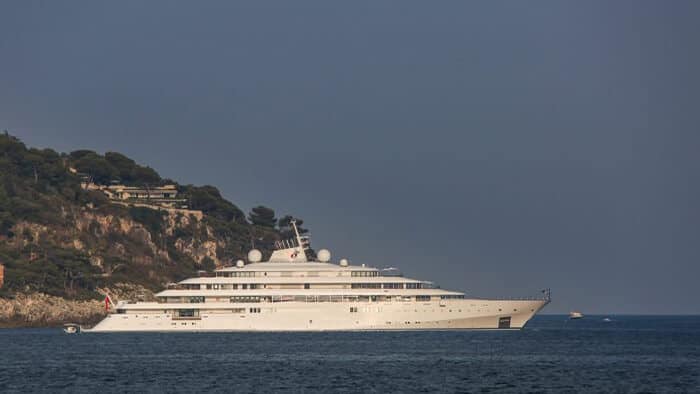 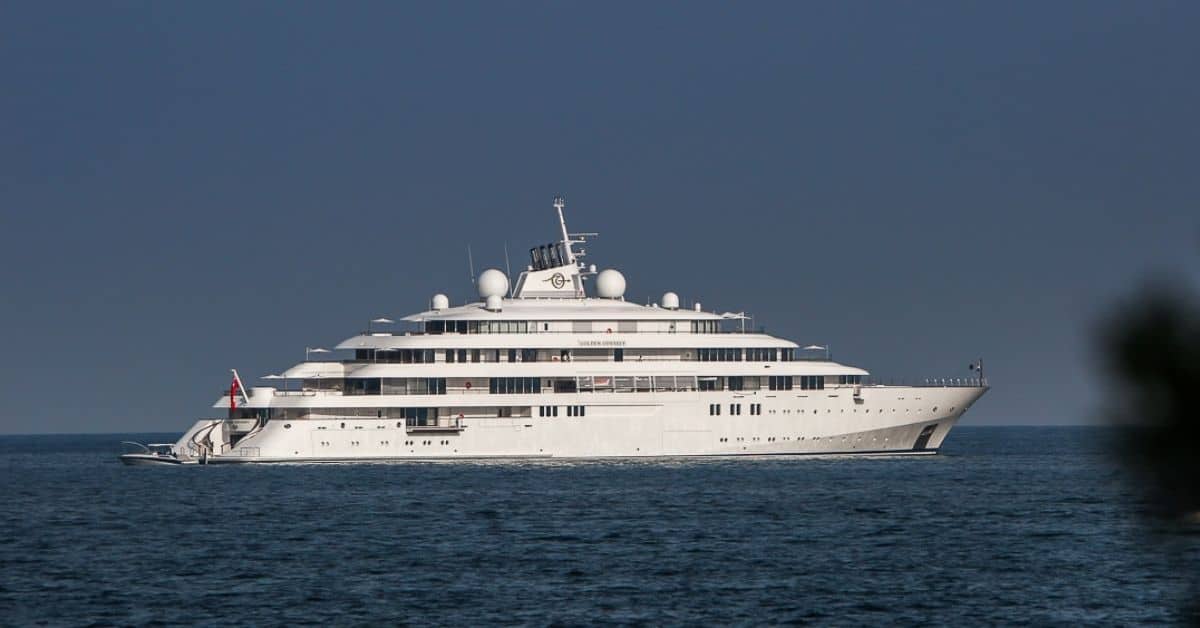 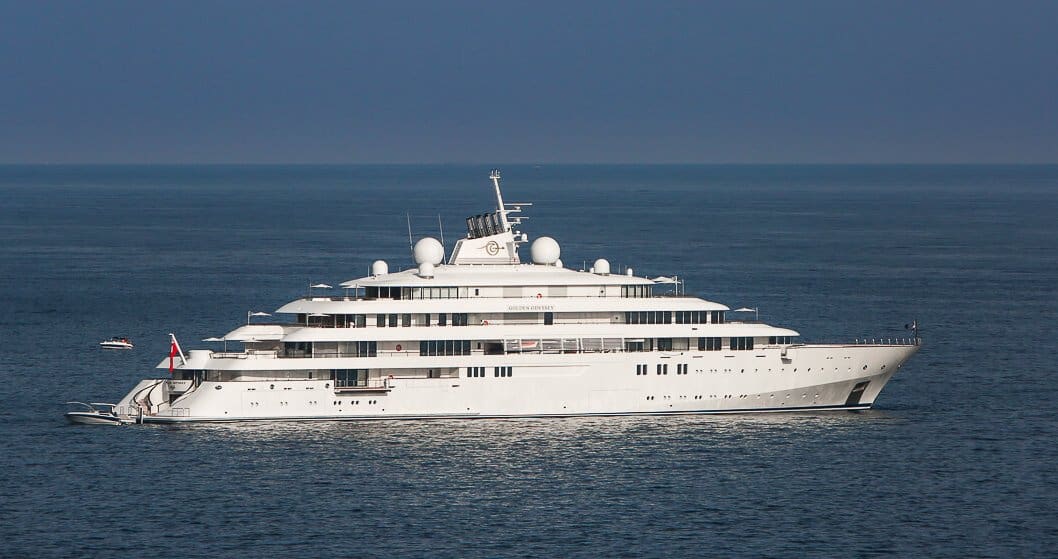 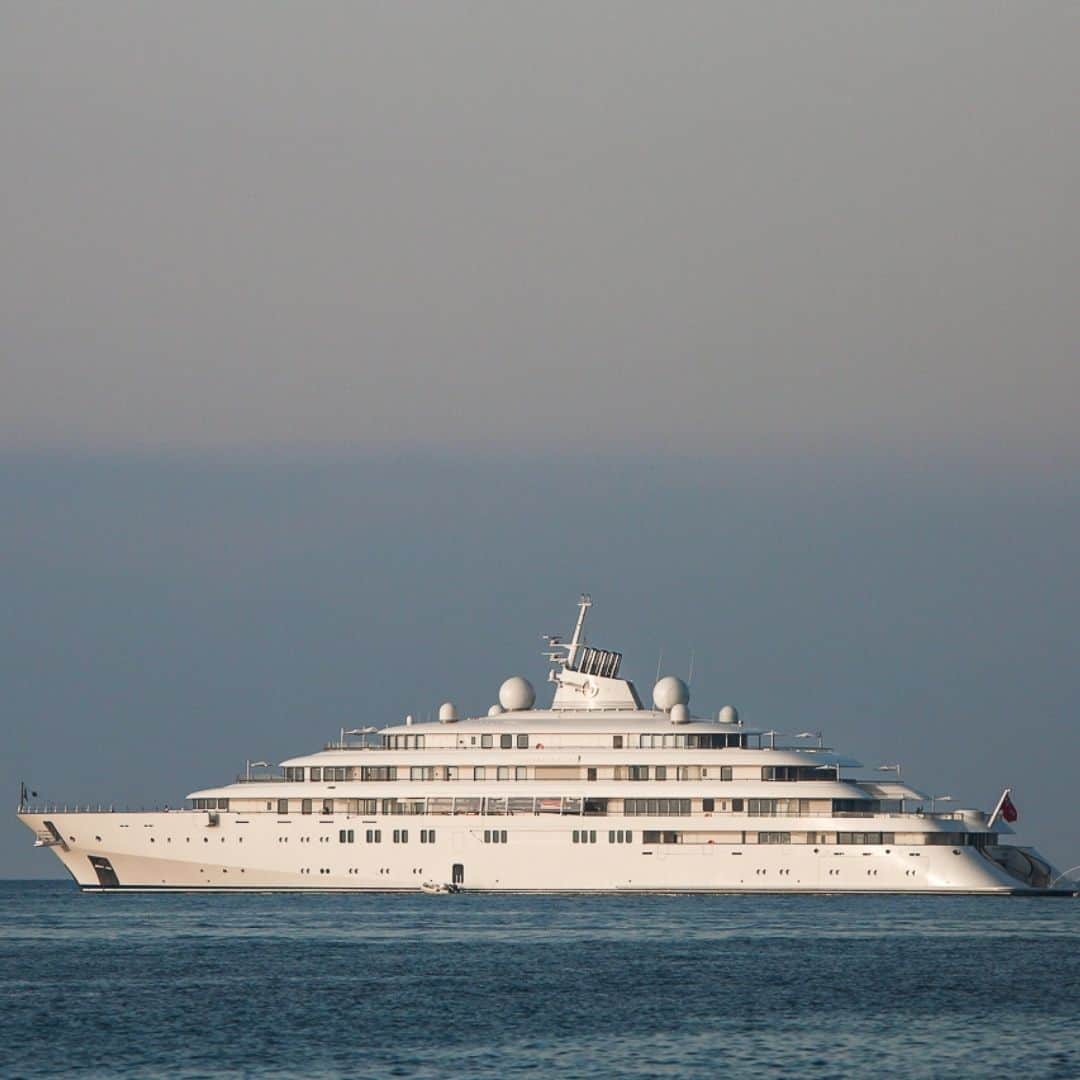 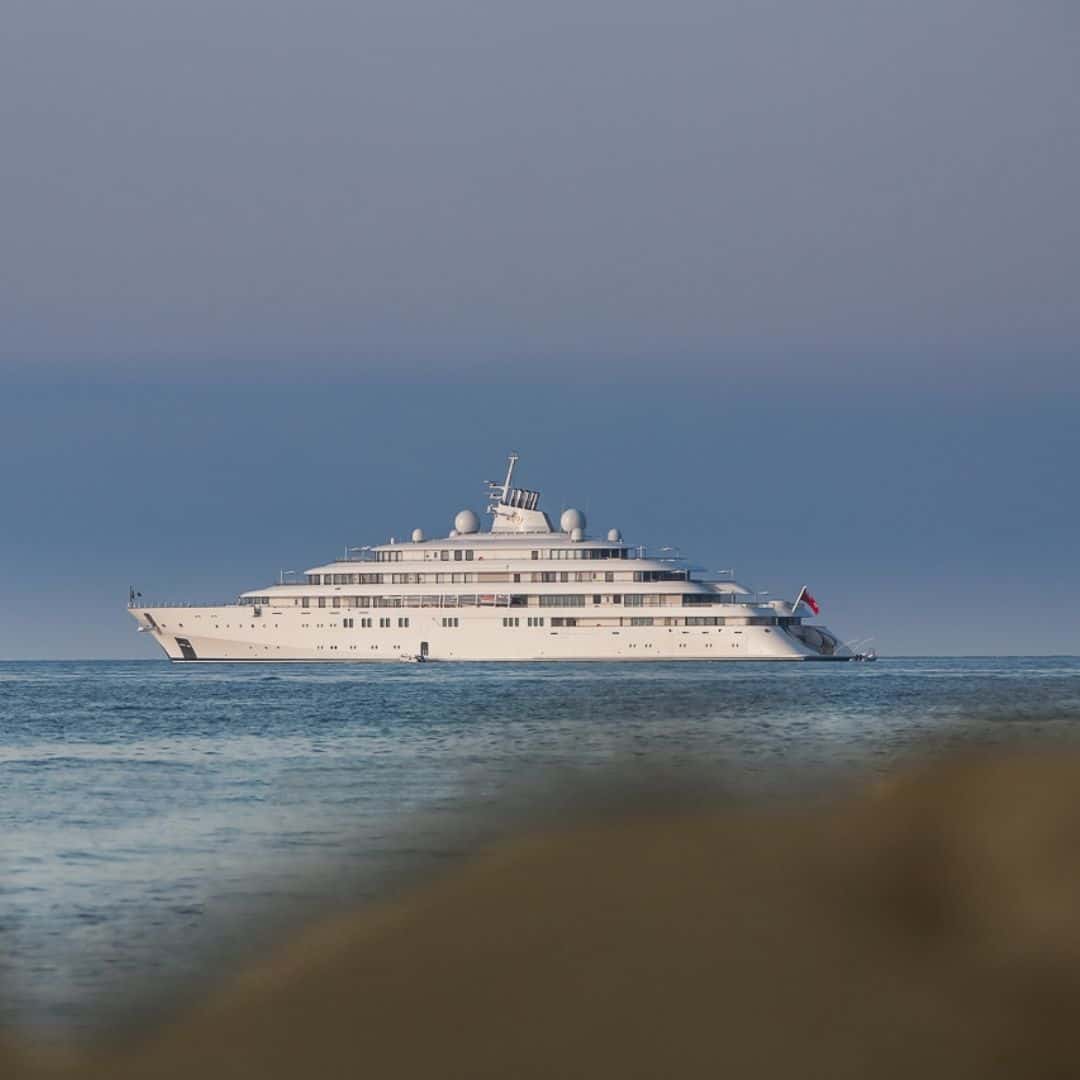 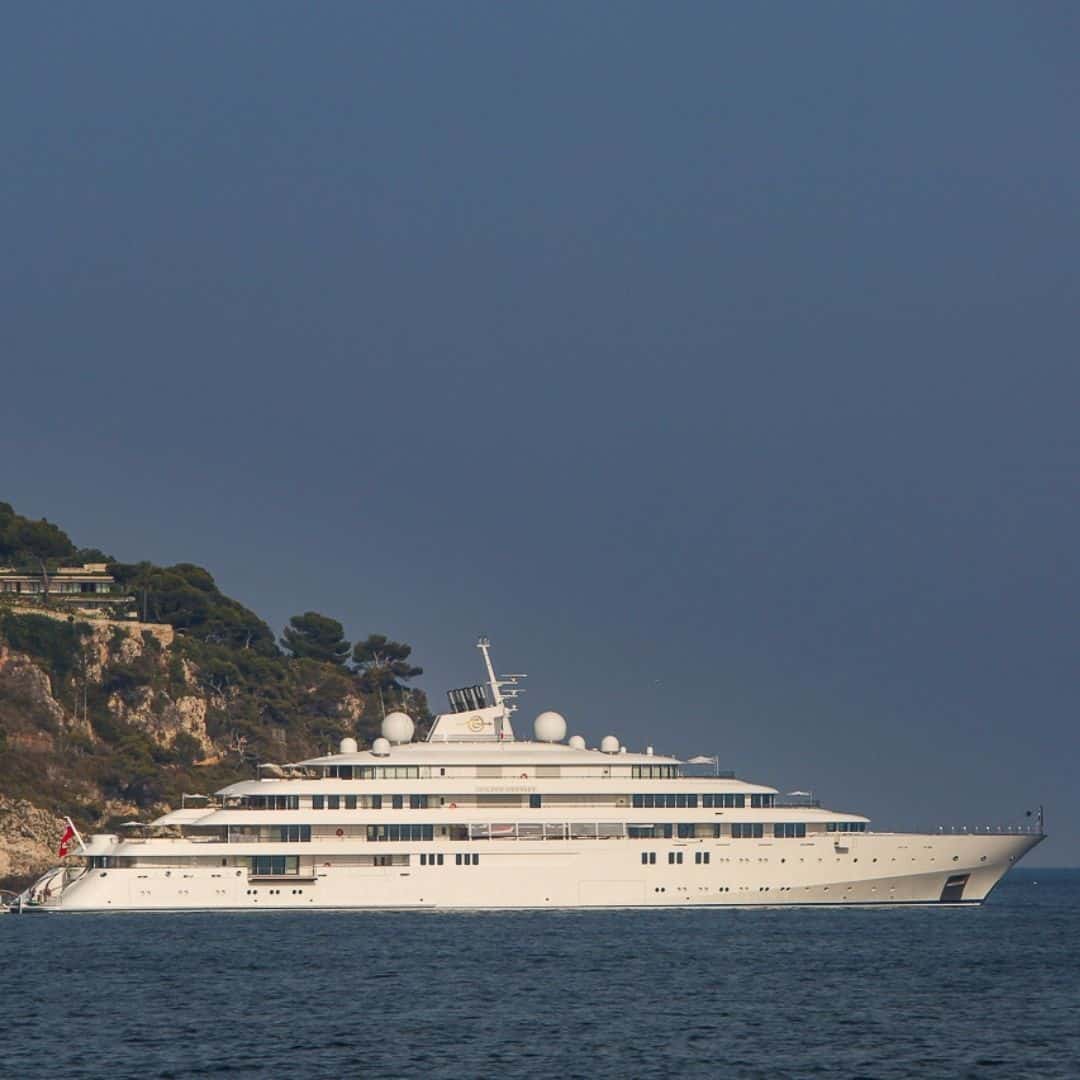 GOLDEN ODYSSEY yacht is a 123 m (404 ft) long superyacht which means it is one of the top 49 longest superyachts in the world.

Its length means it is in the top 49 longest superyachts in the world. GOLDEN ODYSSEY is owned by Prince Khaled Bin Sultan, who purchased the yacht for $400 million. As of 2022, it is estimated that his net worth is $10 billion.

The experienced yacht interior designer Alberto Pinto was tasked with creating and constructing the GOLDEN ODYSSEY yacht’s one-of-a-kind interior, ensuring that it met all of the owner’s requirements to the letter.

The inside of the GOLDEN ODYSSEY superyacht is shrouded in secrecy, although it has been built to seat 32 guests in 16 apartments. A total of 50 people may be accommodated on board, ensuring that they have a pleasant luxury yacht experience.

She is equipped with an elevator, a beach club, a gym, and air conditioning, as well as a beauty shop and a sauna, among other amenities.

The GOLDEN ODYSSEY yacht was designed by Martin Francis Design and his team.

While Martin Francis Design aimed to make the outside of the GOLDEN ODYSSEY appear light and spacious, he also wanted it to be capable of achieving great performance at sea. The achievement of his goal was a resounding success.

The GOLDEN ODYSSEY yacht is a sailing boat built for adoration, with an aluminum superstructure and a steel hull.

The Main Deck features two outdoor levels that are exclusively for owner use, including a private owner’s deck, retractable balcony extensions, and a sundeck. The Main Deck also contains a sundeck.

The GOLDEN ODYSSEY yacht has a total length of 123 meters (403 ft). She has a displacement of 7690 tonnes and can reach speeds of up to 21 knots at its top speed.

According to the manufacturer, she is powered by twin MTU diesel engines that give her a range of up to 6500 nautical miles at a speed of 32 in 16 cabins knots.