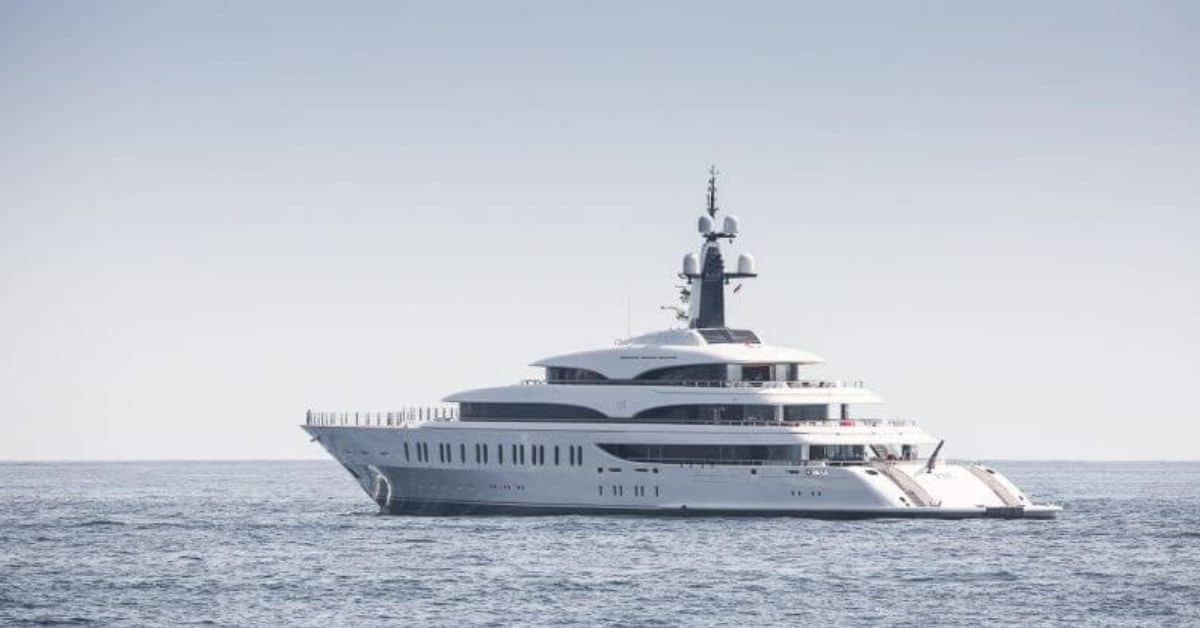 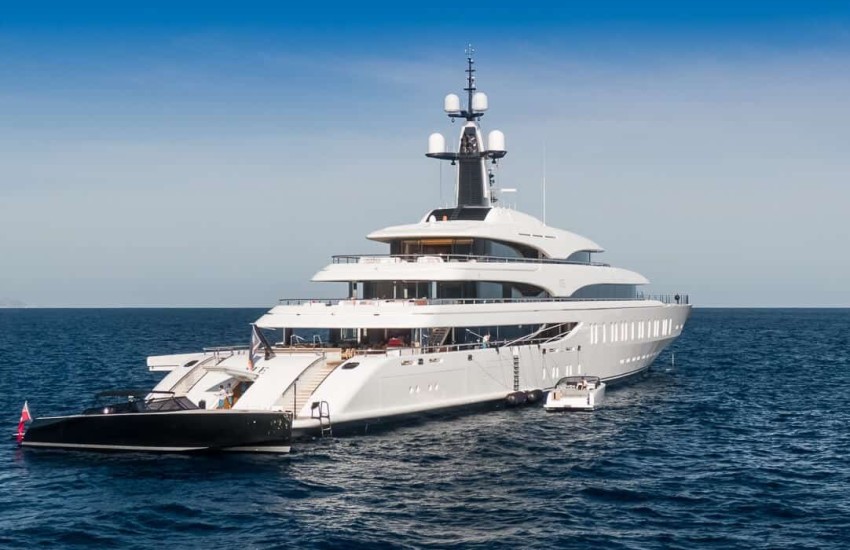 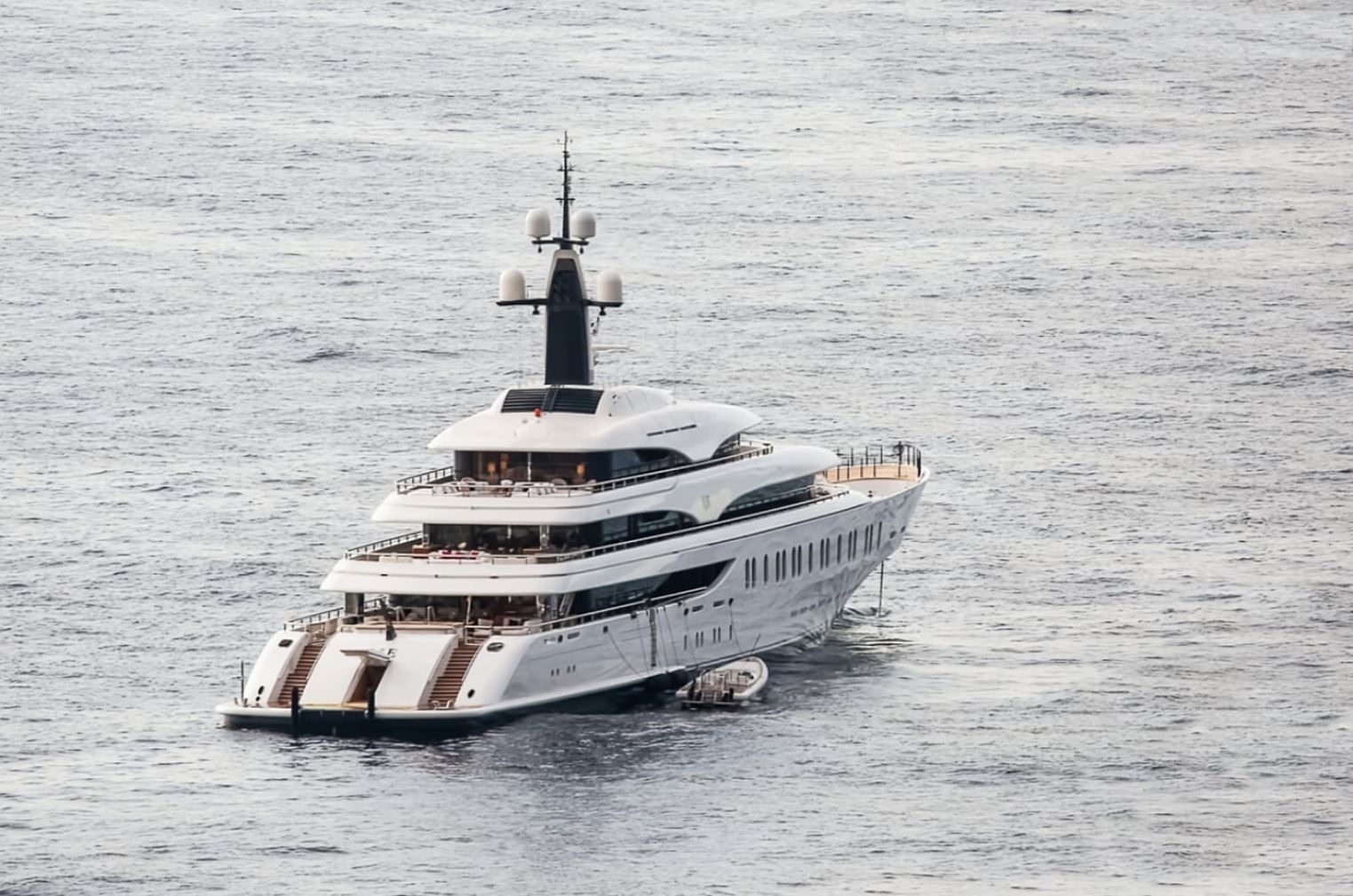 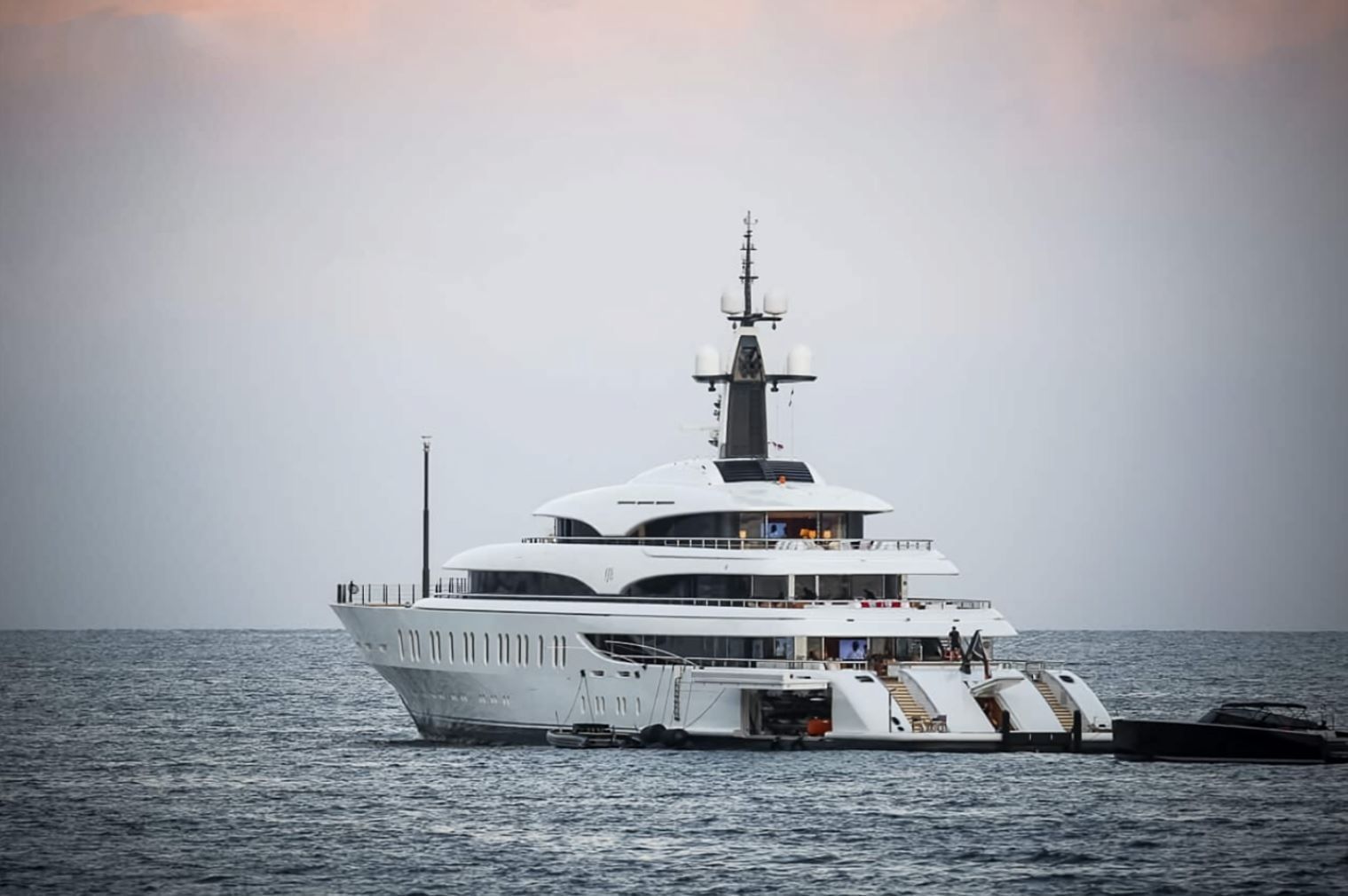 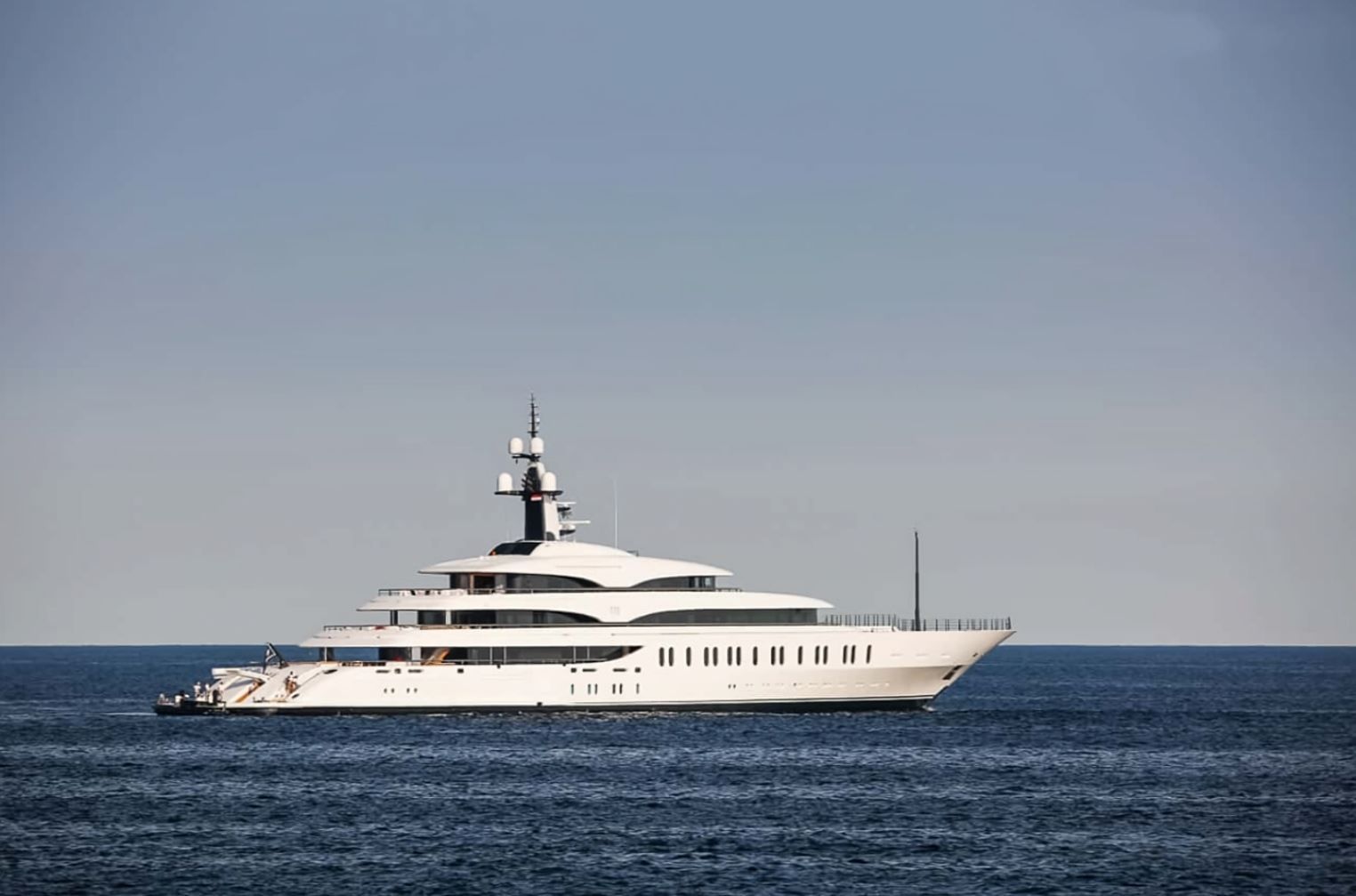 IJE yacht was built by the well-known Italian ship and boat building company Benetti and delivered in 2019. With her 108 metres (354 ft) length, she currently ranks 34th on the list of largest yachts in the world. She is also the longest yacht ever built by Benetti.

Benetti not only built IJE, but they also worked on designing the yacht interior. The layout is reminiscent of a cozy beach house with luxurious elements that take the design to the next level. There is a private owner’s deck onboard IJE with access to a separate side deck.

Twenty guests can stay on board IJE in ten luxurious and spacious suites. The yacht has a dedicated movie theatre, nightclub, and an elevator between the four decks. The gym is not only equipped with the latest equipment, but it is also a real eye-catcher and is located in the lower deck of IJE.

One side wall folds down completely to double the size of the gym, and a ladder into the water invites you to cool off after your workout. A well-trained crew of up to 28 people takes care of everything in and around the vessel.

Two MTU twin engines power IJE with 2,880 kW each. She achieves top speeds of 21 knots and can reach distances of over 6,500 nautical miles at a cruising speed of 16 knots. The 108-meter yacht is also equipped with an additional system from Schottel, which allows low-noise and low-vibration auxiliary propulsion that guarantees better maneuverability.

IJE has a fuel tank of up to 365,000 litres and a freshwater tank of 85,000 litres, which is an advantage for longer distances.

The exterior of IJE was designed by world-renowned ship designer RWD, whose goal is to create each yacht with “exceptional beauty and elegance.” There is space for two tenders up to 12 meters long that can be launched by crane on the foredeck.

A fireplace was installed as a focal point on the bridge deck, and on the main deck, a pool surrounded by spacious open-air dining with an additional lounge and bar welcomes guests. A side garage opens up and becomes a berth for four jet skis.

IJE was transferred from Benetti to her owner James Packer for a price of approximately US $200 million in 2019. The superyacht is currently listed for sale at a price of US $175 million.

IJE is owned by Australian billionaire investor and entrepreneur James Packer who has a net worth of US $3.5 billion. He took over from his parents in the management of the casino company Crown Limited, one of Australia’s largest gambling and entertainment companies.

Packer has three children with his ex-wife and model Erica Baxter, who are named Indigo, Jackson, and Emmanuelle. The first letters of their names form the abbreviation IJE.

In 2019 Packer was engaged to the famous singer Mariah Carey, but the engagement was annulled in the same year.