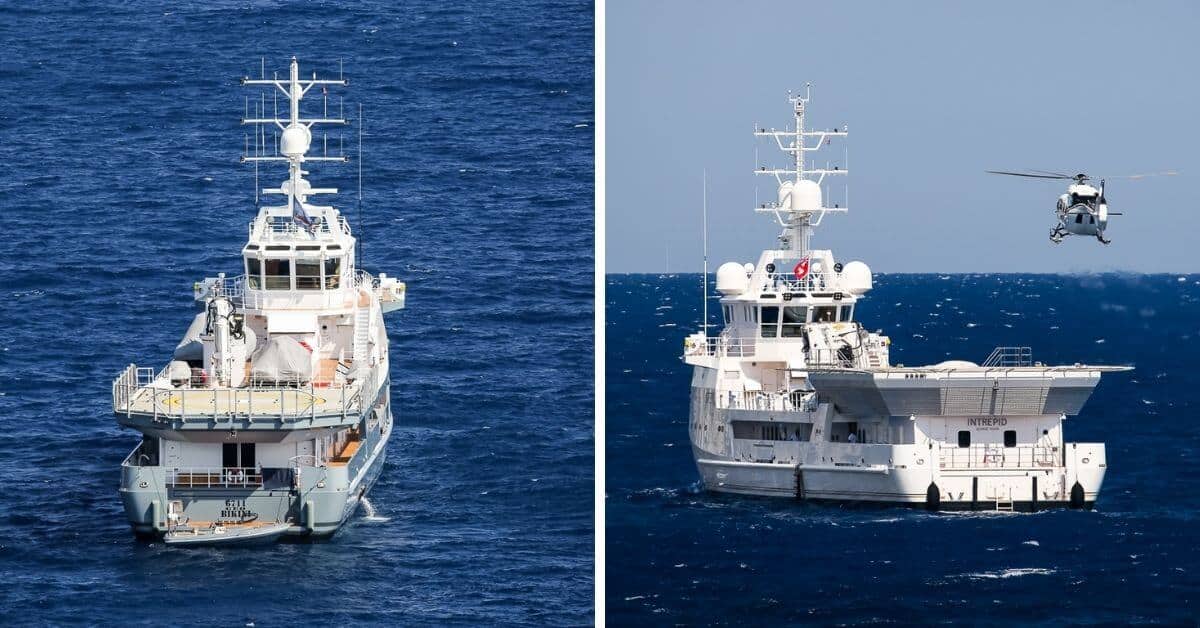 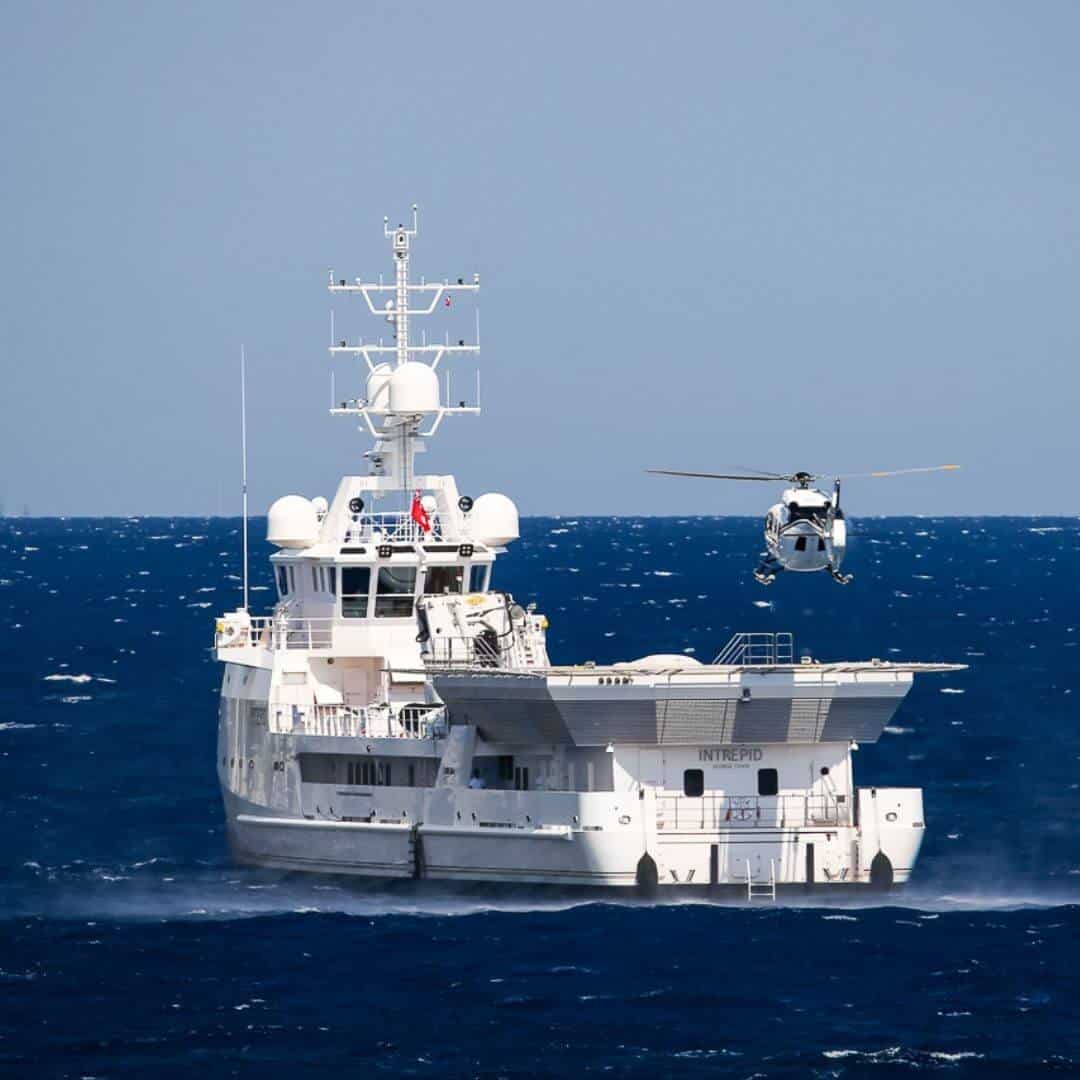 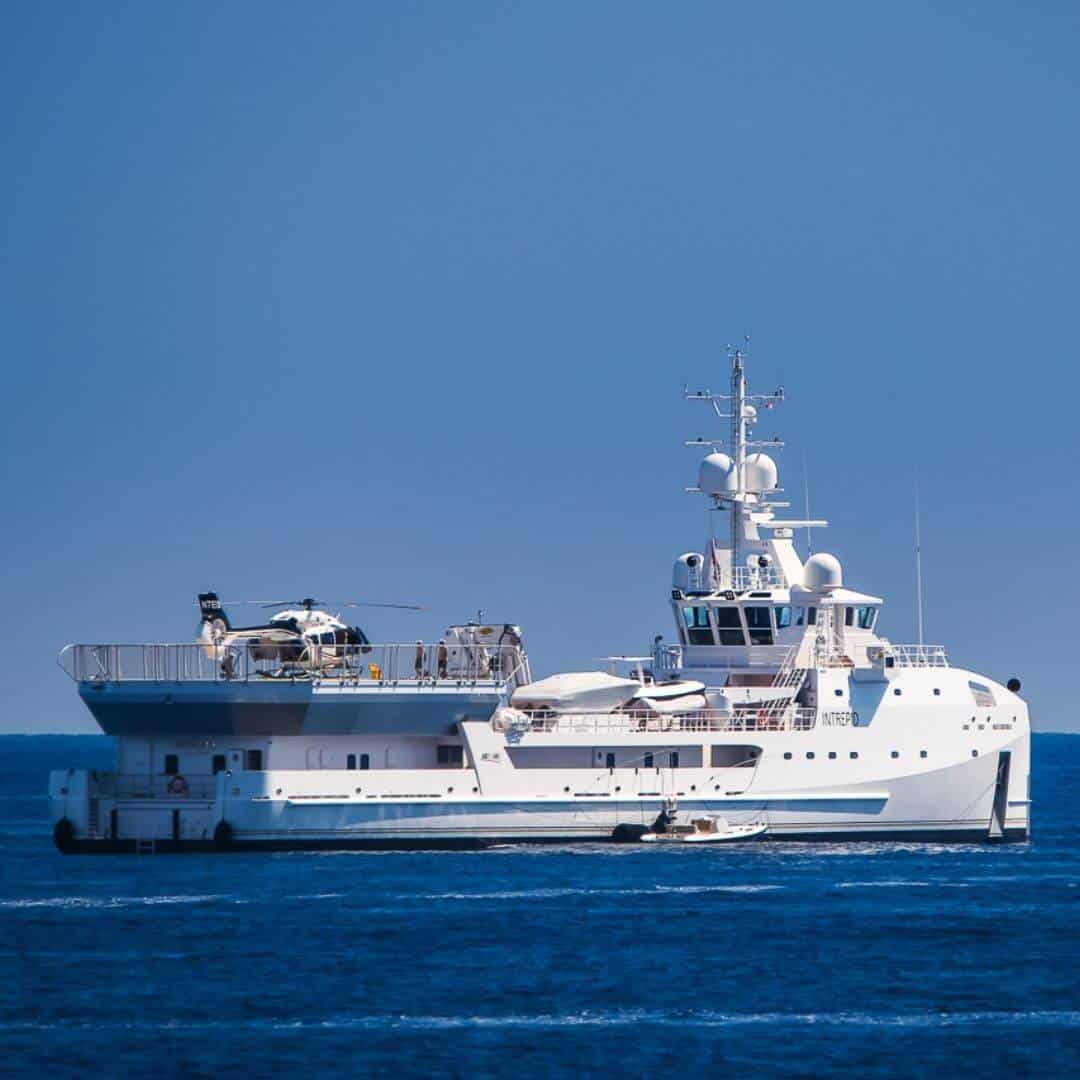 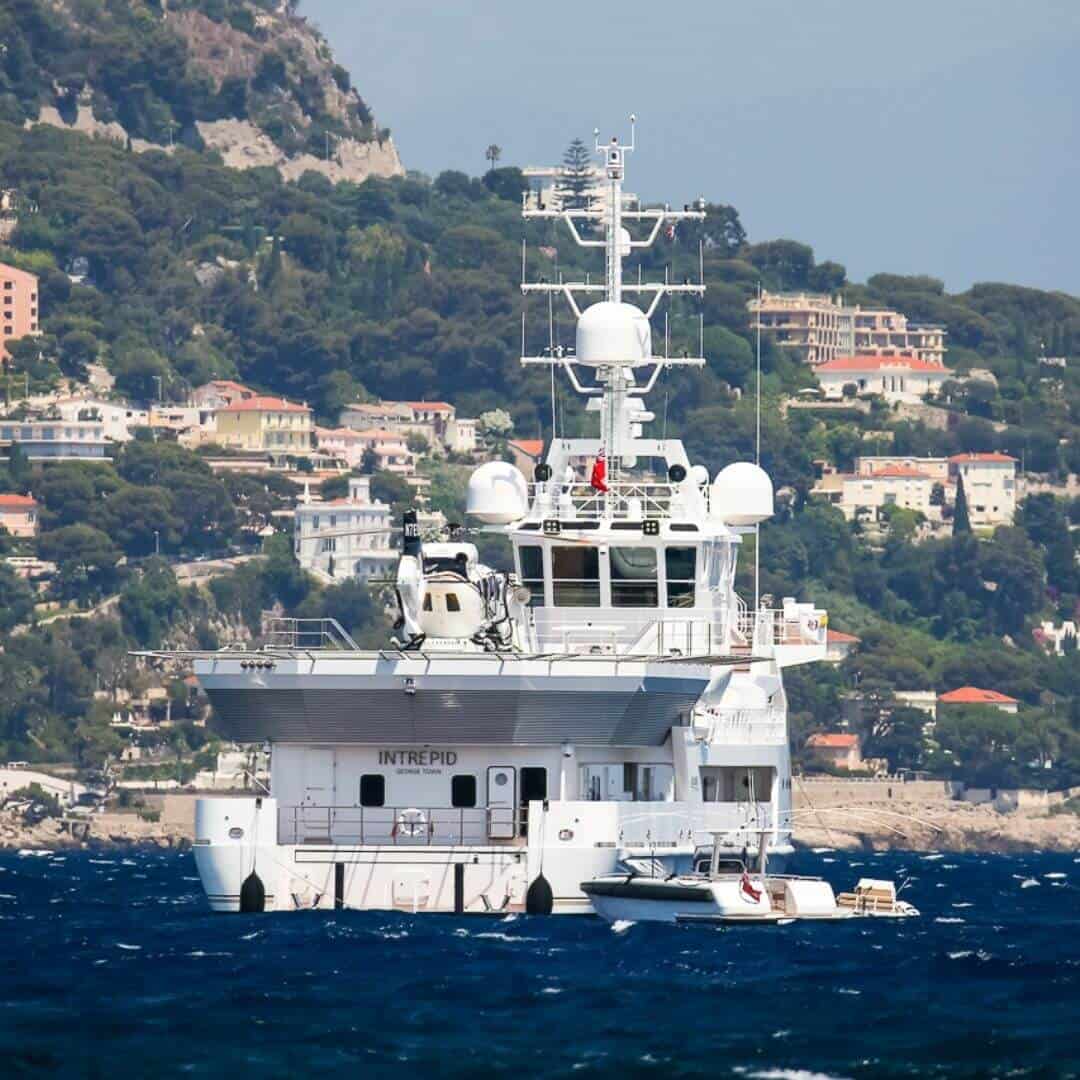 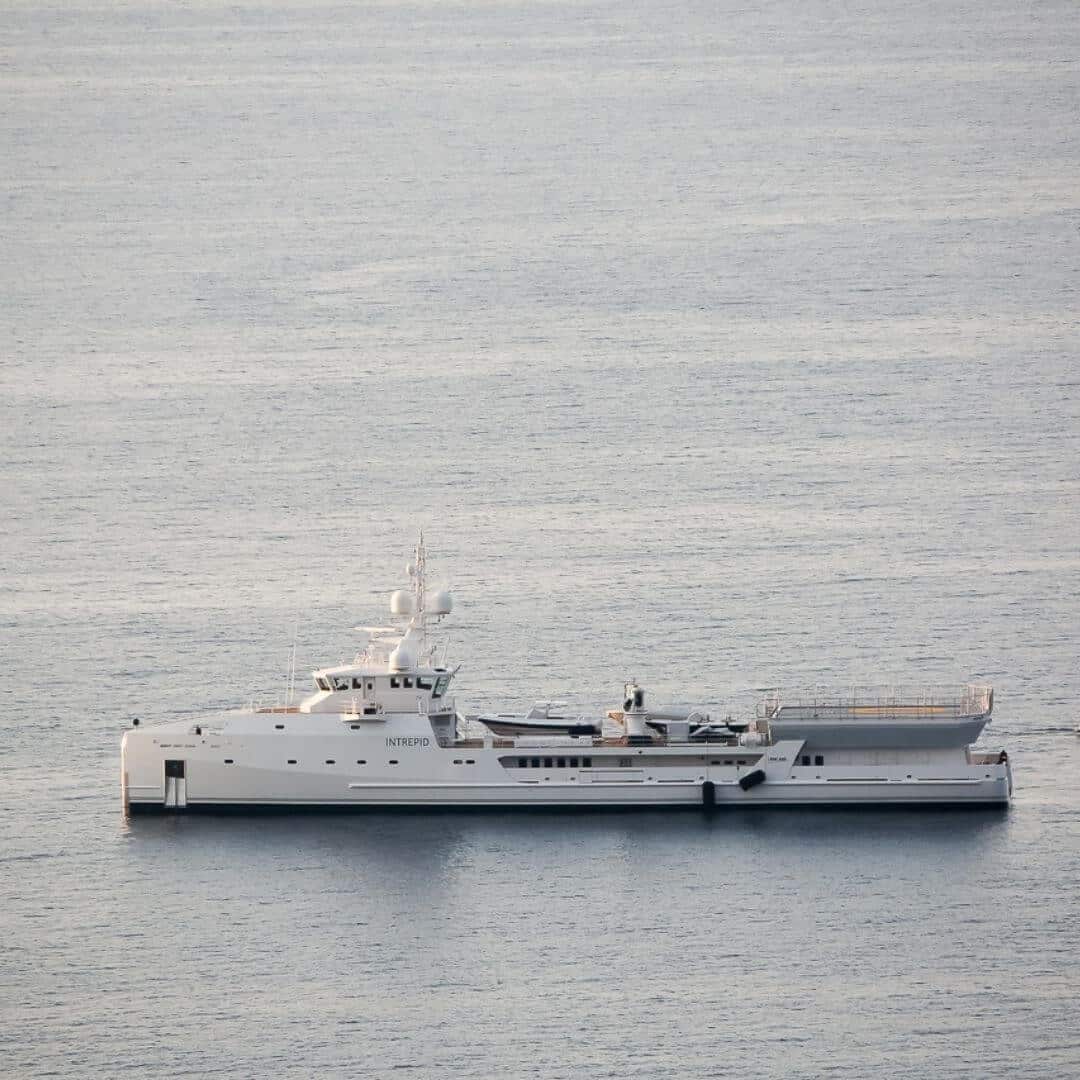 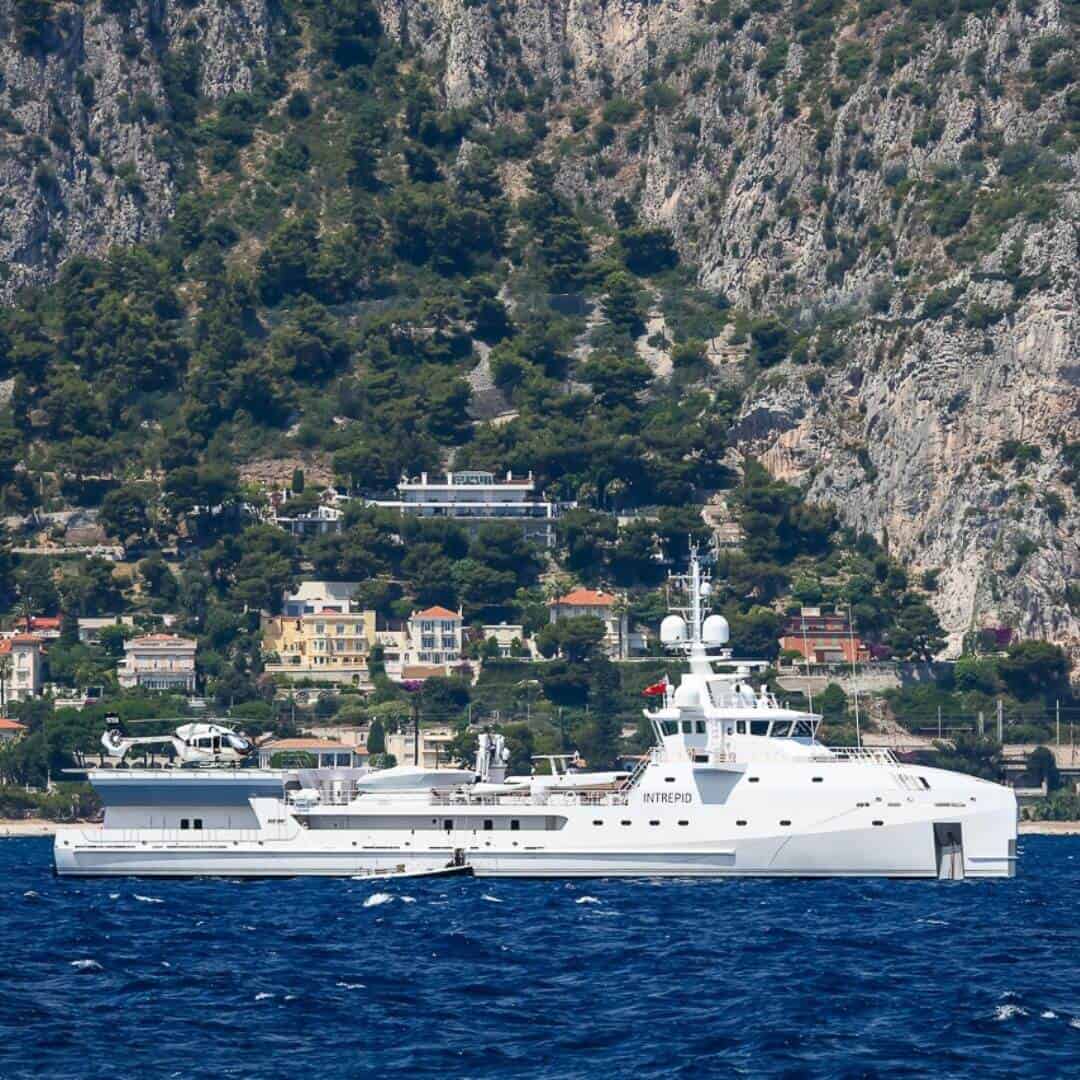 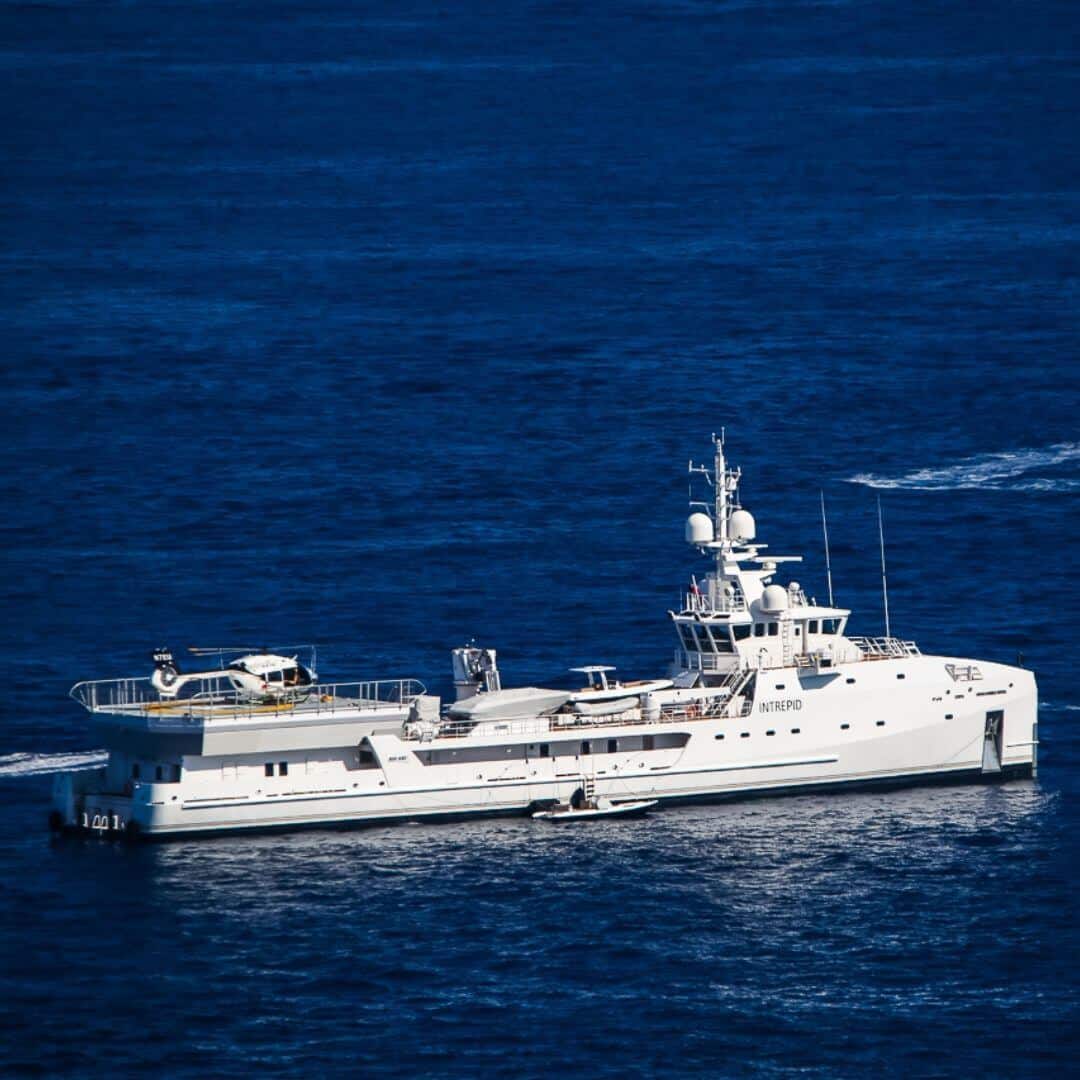 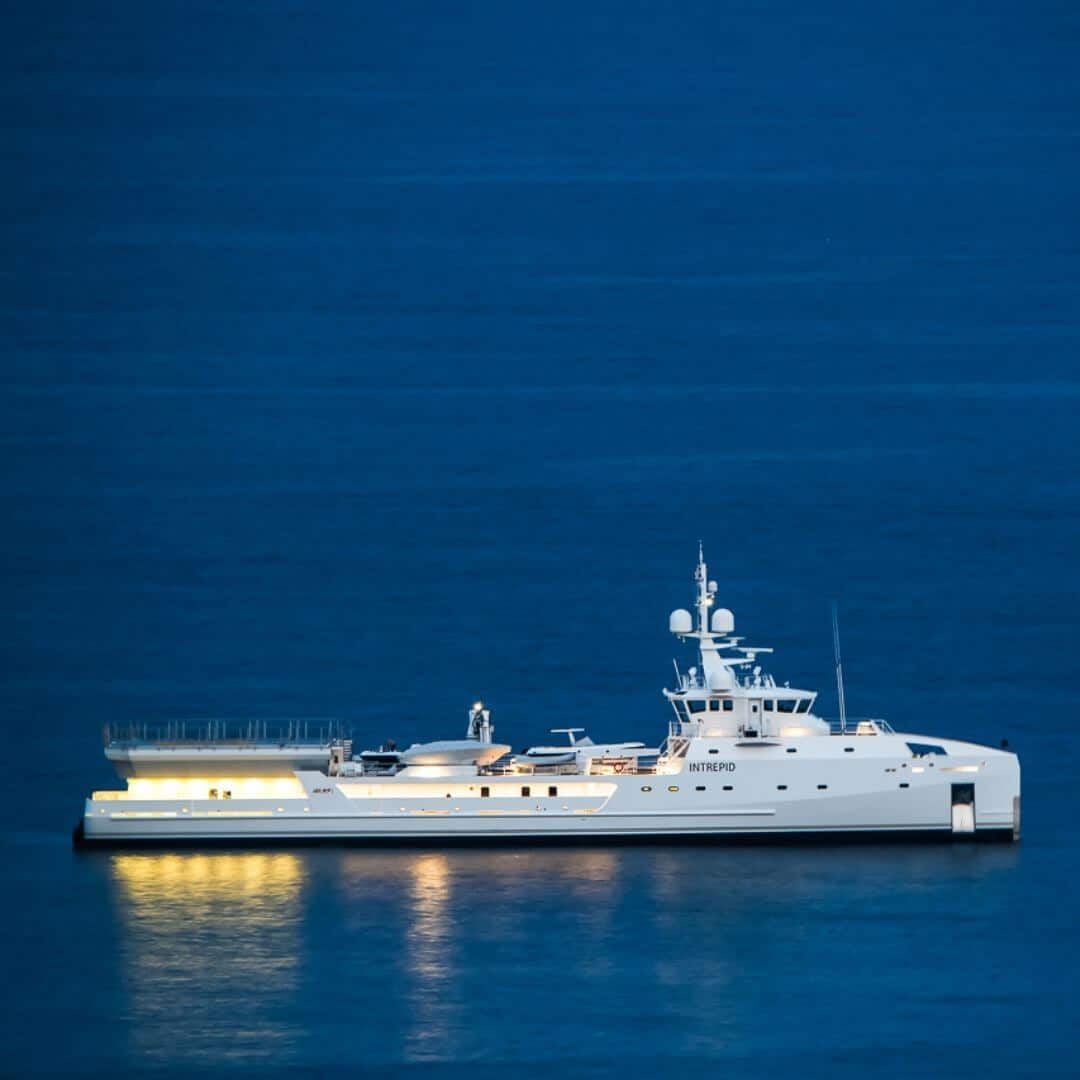 INTREPID yacht is a $40 million superyacht owned by Eric Smidt. Damen Yachting designed the naval architecture, interior, and exterior. She was delivered from Damen Yachting’s Netherlands-based shipyard in 2016 and later refitted in 2021.

INTREPID acts solely as a support ship to the INFINITY yacht, also owned by Eric Smidt. INFINITY is an 88.5m superyacht that accommodates 14 guests and 27 crew members.

The INTREPID yacht features interior design from the Damen Design Team. The INTREPID has no guest accommodations, as she is used as a support vessel for the INFINITY yacht. She has accommodation for 21 crew members and staff members.

The deck can receive a Eurocopter AS365 or Augusta Westland AW109 helicopter on board. The helicopter can then be lowered through the hangar into the below deck, where there is a helicopter workshop.

Along with the accommodations for the crew, she has 110 square meters of space concealed inside the yacht and 250 square meters of storage space for tenders and toys, as well as a dive center. The yacht has a fully equipped hospital on board.

The INTREPID yacht is one of two Sea Axe 6911 models built by Damen Yachting. She was delivered in 2016 from their shipyard in the Netherlands.

The shipbuilders penned the naval architecture and exterior design for INTREPID. She is the third-largest boat to be built by Damen Yachting, and she was last refitted in 2021.