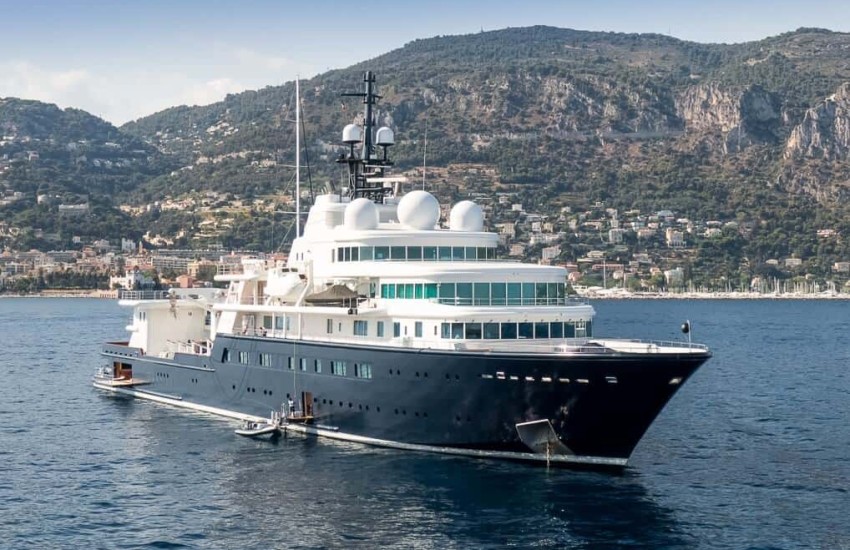 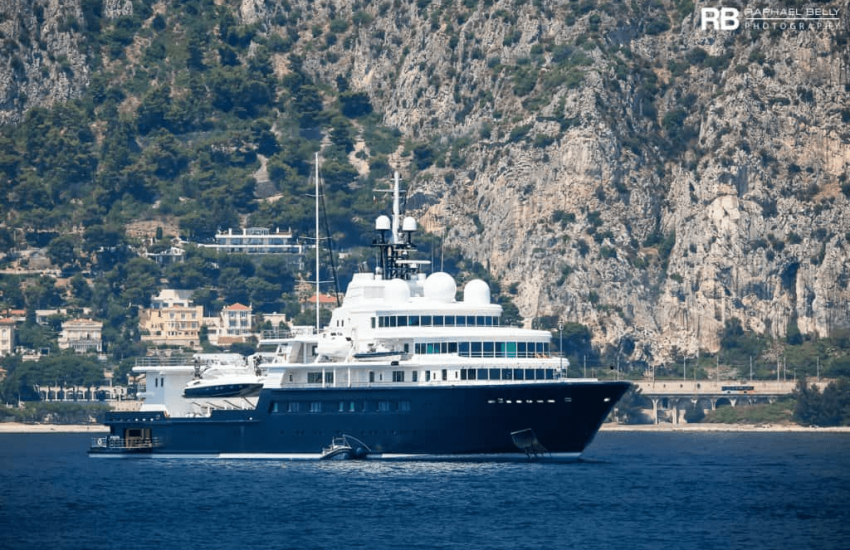 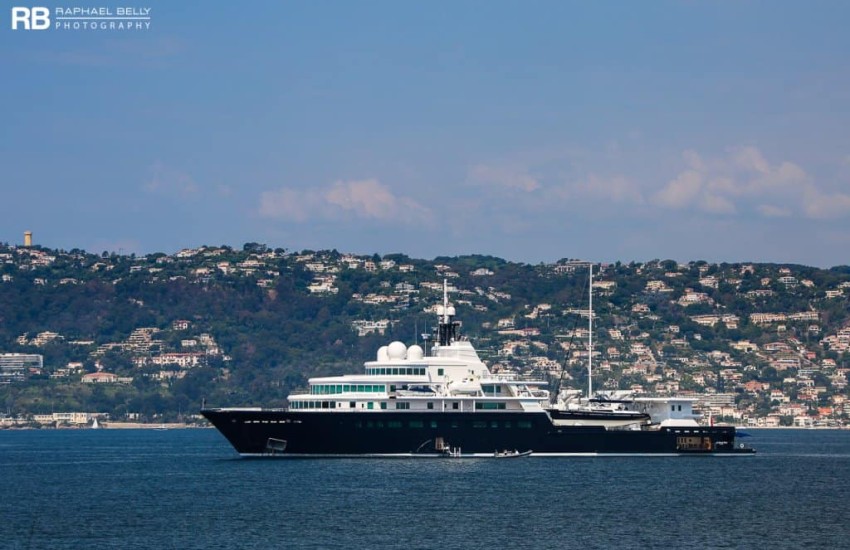 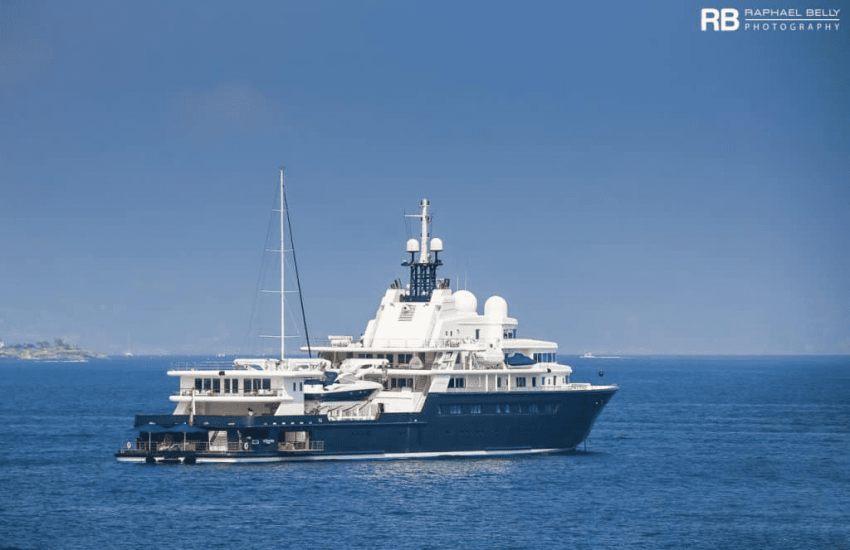 LE GRAND BLEU Yacht was first built in 2000 by Bremer Bulkan Shipyard and has had a few updates since then.

Despite her age, she continues to be a trailblazer in the superyacht industry. To this day, LE GRAND BLEU is still one of only 58 motor yachts that measure longer than 100 meters.

This vessel has seen a few different owners over the years. Originally built for John McCaw, she was sold to Roman Abramovich who added a 16-foot swim platform to the ship.

Some sources say that LE GRAND BLEU was then transferred to his friend Eugene Shvidler in 2006. There is no word of if Shvidler continues to own this boat or not, but LE GRAND BLEU is still up and sailing.

Measuring a grand 112 meters long, there is no wonder the LE GRAND BLEU yacht is known for its massive size. Her large size can house up to 20 guests and 35 crew members. Two Deutz engines power the superyacht, giving a max speed of 17 knots.

LE GRAND BLEU has an aluminum superstructure and a steel hull. One of the most notable changes in LE GRAND BLEU over the years was her refit in 2008.

While docked in Florida, they added a wastewater treatment system to LE GRAND BLEU to reuse wastewater and not dump it into the ocean.

Wastewater from ships is a huge source of water pollution, so it is great to see these changes.

Pastrovich is known in the superyacht industry as one of the best designers for both the interior and exterior of yachts. He definitely proved that with this ship.

Some of the water toys include a 22-meter Dubois sailing yacht, a Sunseeker motor yacht, two Buzzi sports boats, and a landing craft that carries a 4×4 Land Rover. The garage does not only hold all of these tenders, though.

It also houses the superyacht’s own aquarium, so visitors can see the marine life of the ocean without having to go diving.

If that is not enough excitement, a new beach club was installed on LE GRAND BLEU for guests to enjoy the ocean view from the best spot on the ship.

This superyacht has withstood the test of time and continues to defeat records. Over the years, the LE GRAND BLEU yacht has only become better with age and grown to become what it is today.

It has been fascinating to see the many changes and additions to this vessel, and it will be exciting to see how it can top itself in the future.