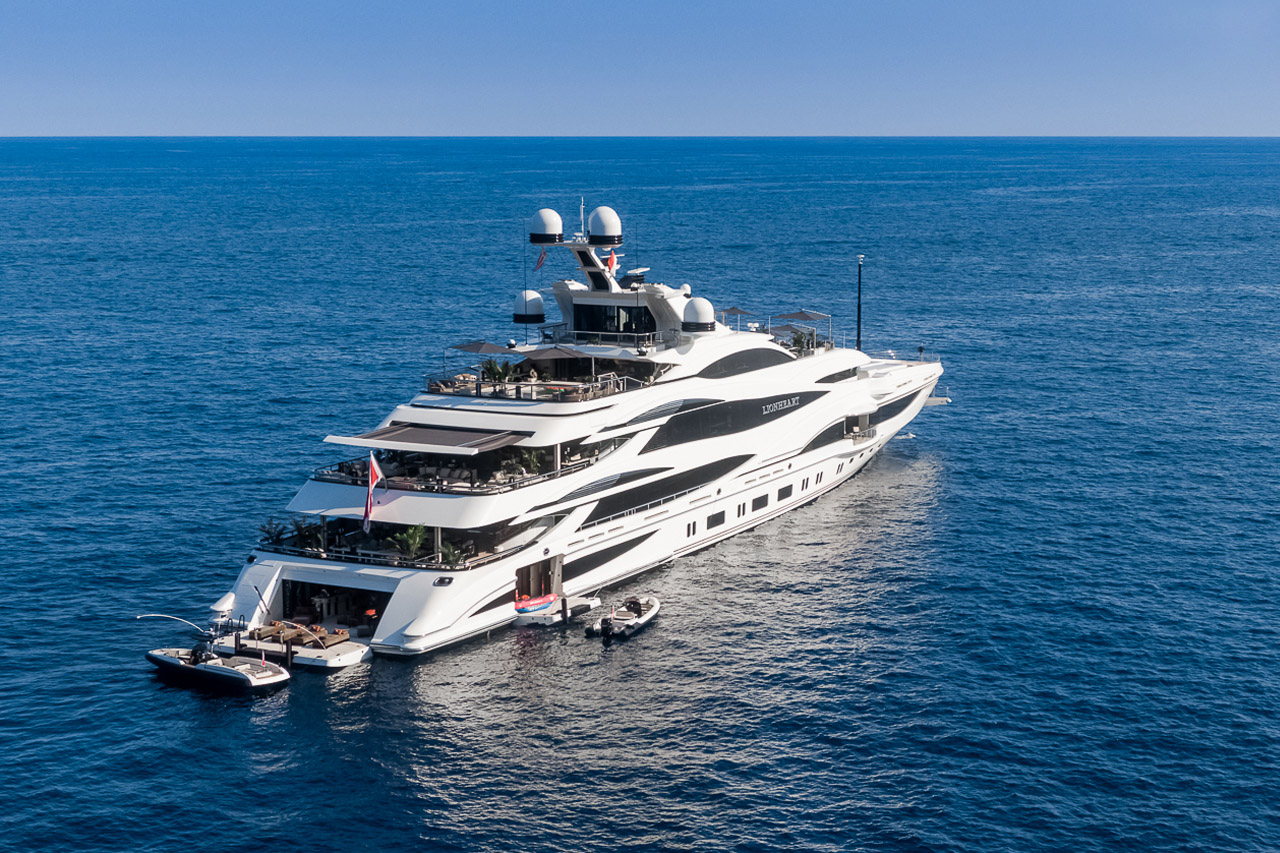 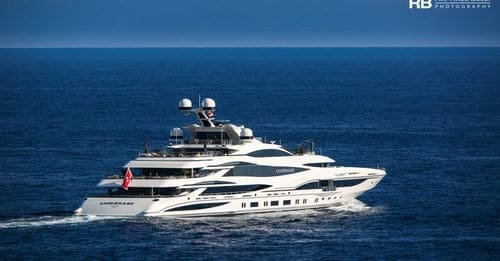 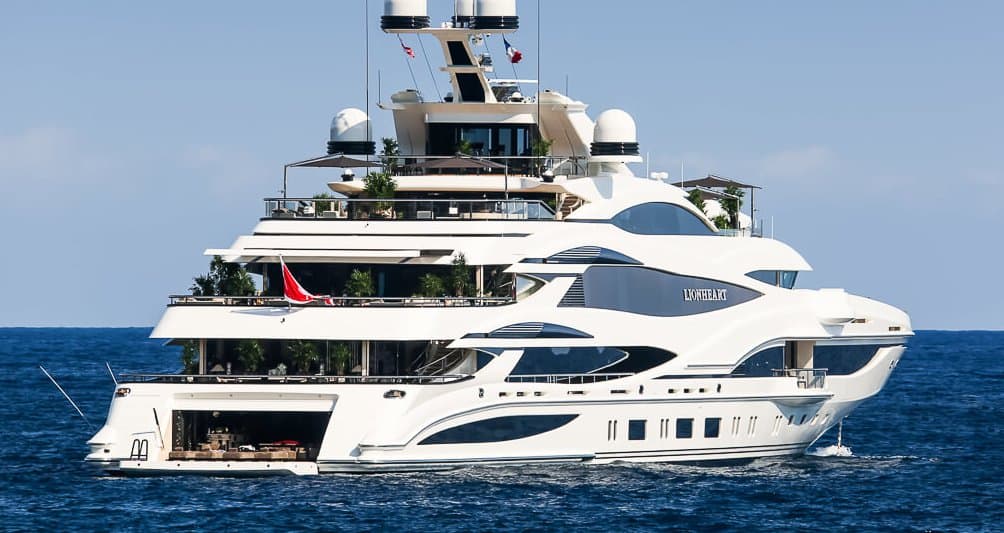 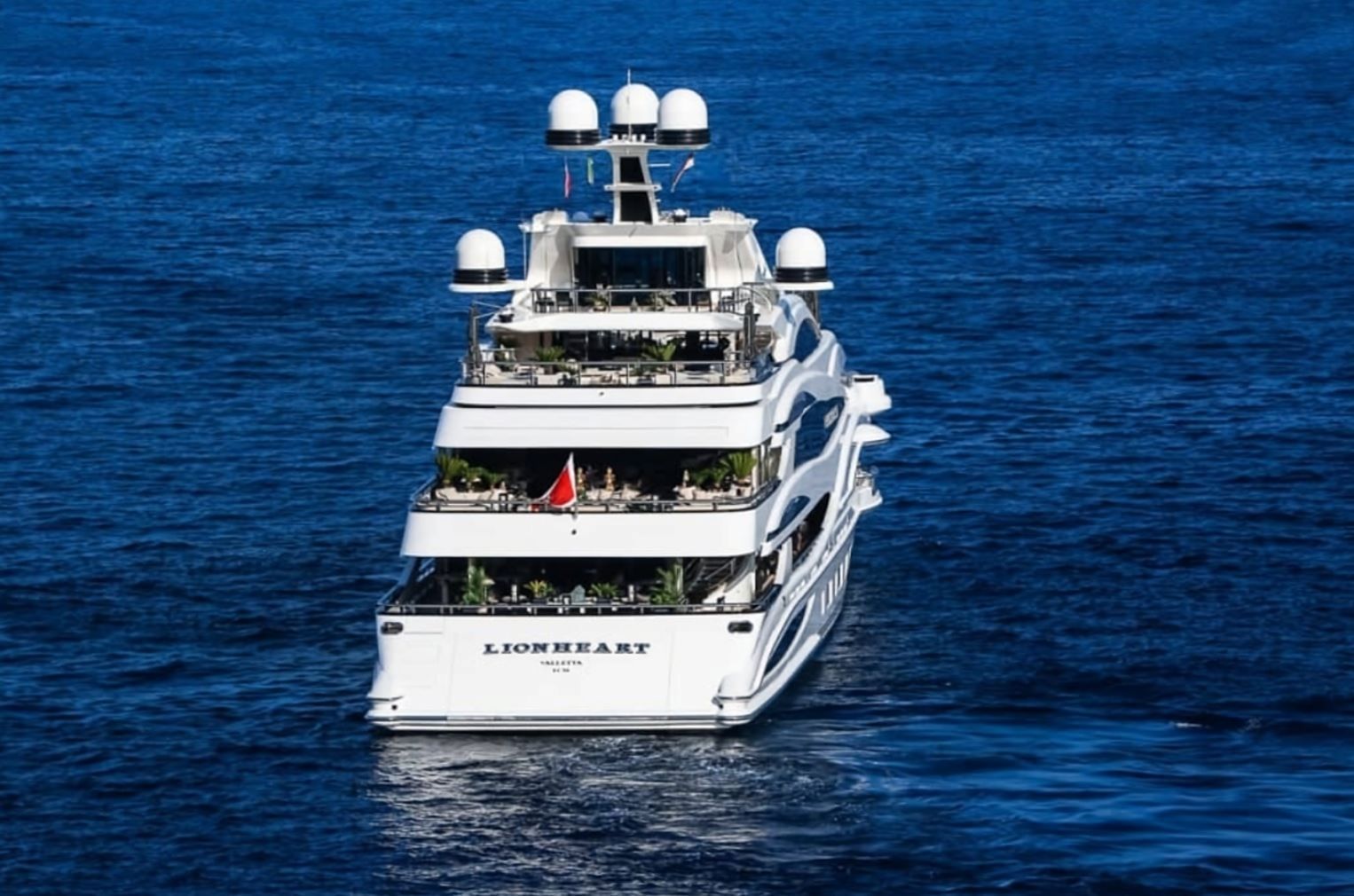 LIONHEART yacht is a 90-metre (295 ft) motor yacht built by Benetti in Italy. She was delivered in July of 2016 to the current owner.

LIONHEART features a sleek and modern design with space for up to 12 guests and 30 crew members. Her home berth lies in Monaco, which is where Green and his family spend most of their time.

The yacht features a lot of intricate details in her design that makes her stand out from other comparable vessels on the market. The owner had many custom pieces made for this yacht which is what makes her so unique even down to things like pillows and fabric choices.

The interior of this yacht had exceptionally high-quality materials used in her construction, which gives her an elegant look and feel throughout all the different spaces on board.

The design house Green & Mingarelli is responsible for the luxurious interior design of LIONHEART. LIONHEART can welcome 12 guests in her six cabins as well as a crew of 30 members of staff.

The interior of the yacht features a beach club, a beauty salon as well as expansive health and wellness facilities that include a spa, a hairdressing salon, a gym with a personal trainer and a massage room with a masseur available at all hours.

The different floors of the yacht are connected by an elevator, and of course, the yacht has several pools, two of which are located on the upper decks.

A grand staircase is situated in the centre of the yacht, which gives the vessel the likeness of a luxury hotel. The interior is furnished with exclusive furniture with dark wood and cream upholstery.

The yacht features several sizable chandeliers and other extravagant lighting fixtures. Everything about the interior of LIONHEART is lavish and luxurious, flaunting the US $150 Million price tag that this incredible vessel bears.

At the time, LIONHEART was Benetti’s flagship and the largest yacht they had ever produced, overtaking NABILA (later TRUMP PRINCESS owned by Donald Trump).

Her gross tonnage lies at 2,990 GT, reaching cruising speeds of 15 knots and maximum speeds of 16 knots. She is definitely not the fastest yacht in her size category, but her caterpillar engines are reliable and robust.

LIONHEART has an immense aluminium superstructure, and her hull was constructed from premium steel. Her traditional teak decks nicely contrast her white exterior.

LIONHEART costs US $150 million and has annual running costs of US $10-$15 Million. She is not currently available for charter or for sale, although Green’s other yachts are.

The exterior of LIONHEART was designed by Stefano Natucci, who was also responsible for LIONESS V, Green’s previous yacht by Benetti. Natucci has designed a total of 45 yachts, LIONHEART being the largest of his past projects.

The yacht is fitted with a sophisticated stabiliser system that ensures a comfortable experience for guests when at anchor or underway. She has a total of four decks featuring generous outdoor spaces.

The front of the bow has room for a small helipad where aircraft can land to pick up or drop off guests. The top deck has an outdoor bar and jacuzzi, and behind the flybridge, there is a large pool.

All decks have luxurious outdoor seating with cream upholstery which is also the colour of the crew uniforms aboard LIONHEART. At the aft, the yacht has a sizable beach club and extendable swimming platform where water toys can be launched.

She also has several smaller, shaded decks with ample space for dining or parties. On both her port and starboard sides, Lionheart has small balcony decks which are attached to two of the suites.

LIONHEART carries several tenders, although her most memorable is a VanDutch 55 named Lioncub. This tender has a black and white photograph of a lion painted on its side, making it stand out from traditional tenders and attracting yacht spotters.

LIONHEART also has a Pascoe Limousine, a Pascoe Beachlande and a Pascoe Outboard Shuttle giving her passengers a wide selection of transportation options for shore leave or excursions.

Although exact details aren’t known, the yacht carries a large number of water toys, including jet skies and water bobs. With a large swimming platform at the back of the vessel and an attached beach club with a lounge area, any luxury that might be desired is available to her guests.

Construction for LIONHEART began in 2012 after Sir Philip Green commissioned his third yacht from Benetti. The two previous vessels were also named LIONHEART but have since been renamed LUMIERE and LIONESS V.

Interestingly all three vessels can welcome the same number of guests, and only their amenities and length changed over the years. This yacht is available for charter.