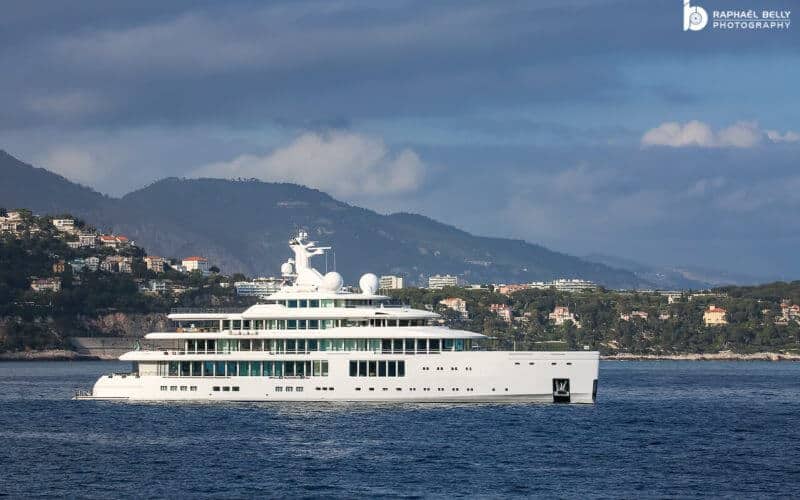 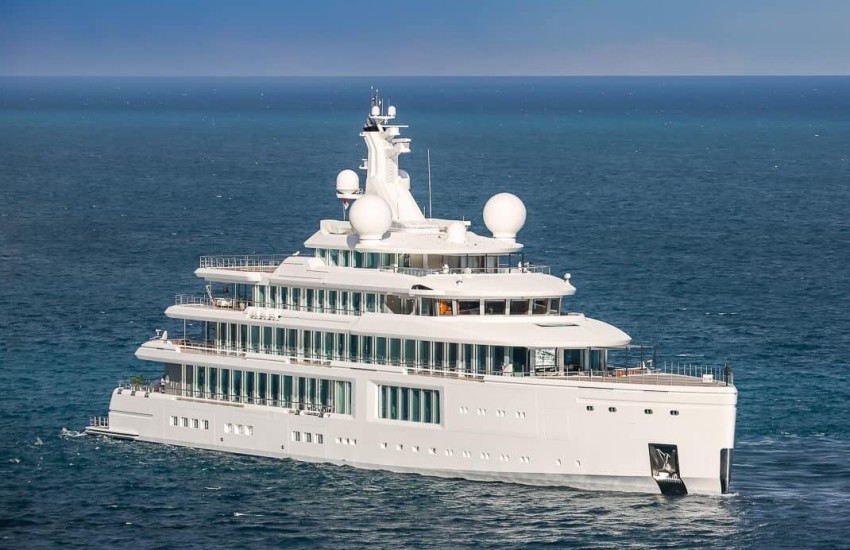 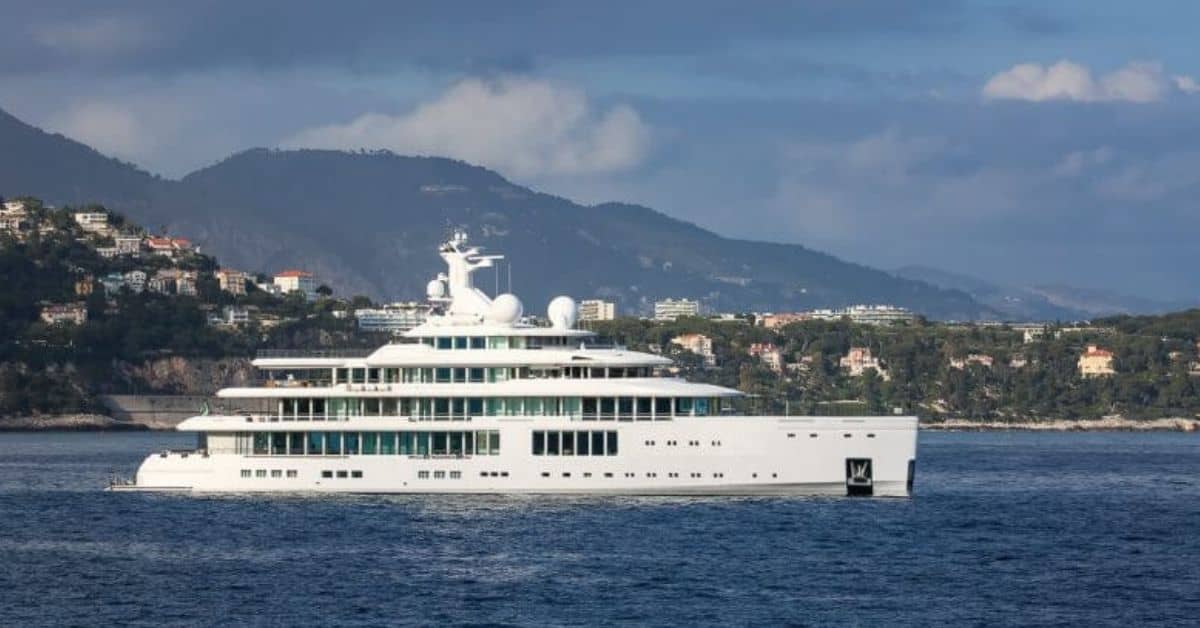 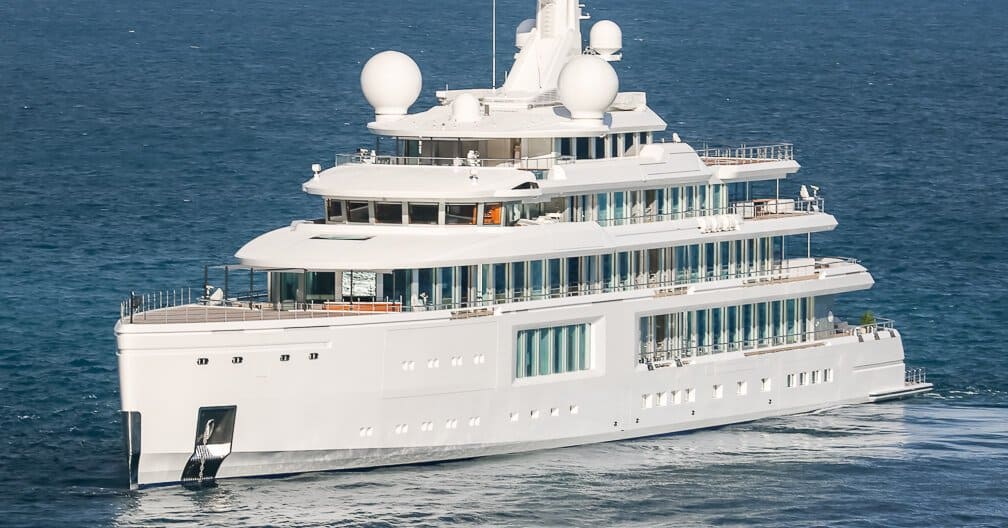 LUMINOSITY yacht is currently the 43rd largest yacht in the world at a total length of 107.6 m (353 ft). She was built by Benetti in Italy at their Livorno shipyard and delivered to her owner, the Kuwait-based Kutayba Alghanim, in April of 2020.

LUMINOSITY has won several design awards, including the “Outstanding Lifestyle Feature” at the Design and Innovation Awards for her exceptional beach club.

The interior of LUMINOSITY was developed by the high-profile design house Zaniz Jakubowski Design. Onboard there are twelve cabins that have space for up to twenty-seven guests.

This includes one master, eight doubles, three twins and an additional three Pullman berths. Thirty-seven crew members also find space onboard LUMINOSITY to cater to every need of her guests.

The interior of this massive yacht is luxurious and furnished with unique and custom-made items. The large glass staircase with an interactive video wall is one of the highlights in the central part of the vessel. The style is opulent yet tastefully minimalist, with clean lines and inviting layouts.

A large pool with glass sliders perfectly combines indoor and outdoor living, and the yacht’s innovative spa is one-of-a-kind. LUMINOSITY has spacious entertaining areas which invite the owners to host elaborate celebrations and events on board.

Her range of 8,000 nautical miles is more than impressive, although her average cruising speed of 10 knots is relatively slow. She can, however, reach top speeds of 17 knots if needed.

LUMINOSITY has been described as a “glass palace”, which refers to her many windows allowing the yacht to feel open and bright. The exterior of the yacht was designed by the Rome-based architect ​​Giorgio Cassetta who has worked on over 400 nautical projects in the past.

LUMINOSITY is an all-white yacht with a large aluminium superstructure and a steel hull. She features a helipad on the top deck and a spacious beach club on the aft with an extendable swimming platform.

Her owner Kutayba Alghanim bought LUMINOSITY for a total price of US $275 million, and she has been listed for sale for only US $225 million. The yacht incurs annual running costs of US $25 million.

The official owner is the Kuwait billionaire Kutayba Alghanim. However, he is rumoured to have rejected the delivery of the luxury vessel for unknown reasons and put her up for sale shortly after. The new yacht was meant to replace his previous luxury vessel SAMAR.

Alghanim is the Chairman of Alghanim Industries, which was founded by his late father. He is active in the automotive and electronics industries and has a reported net worth of US $1.3 billion. He is currently the richest man in Kuwait.