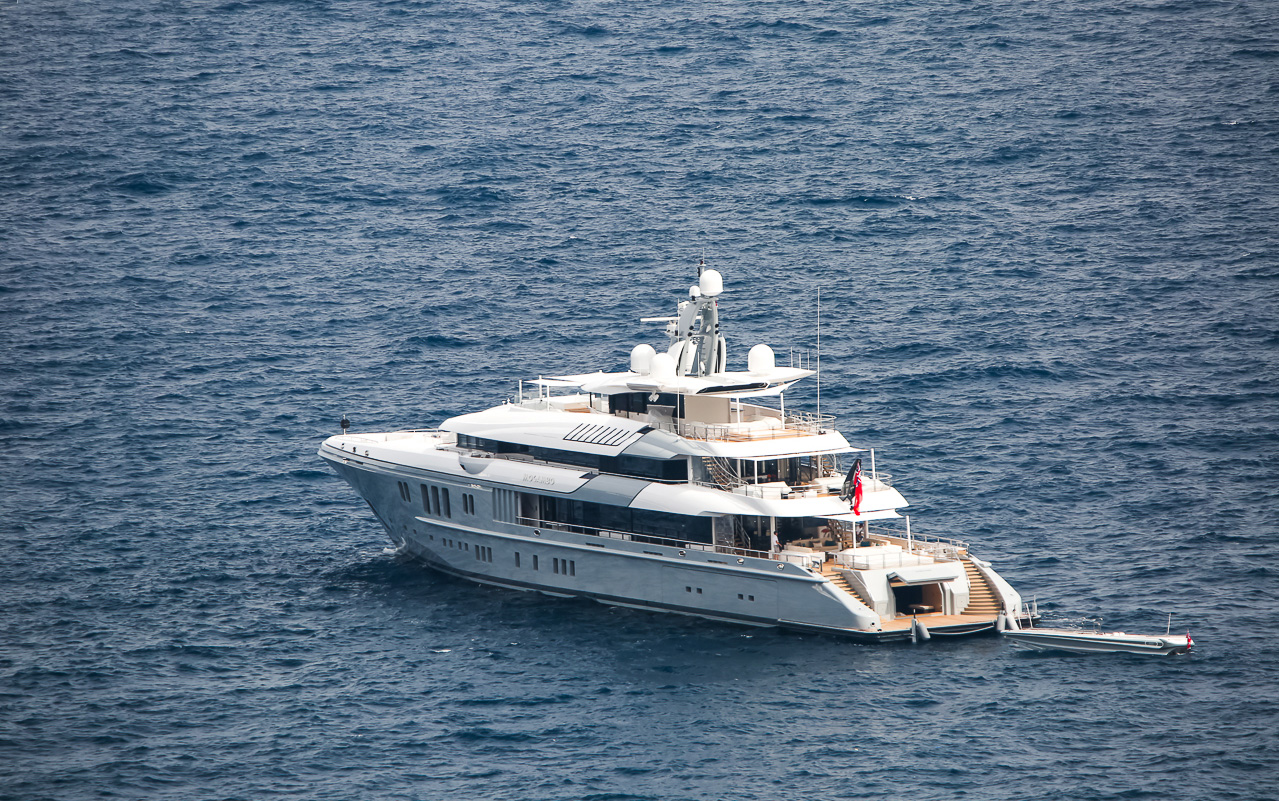 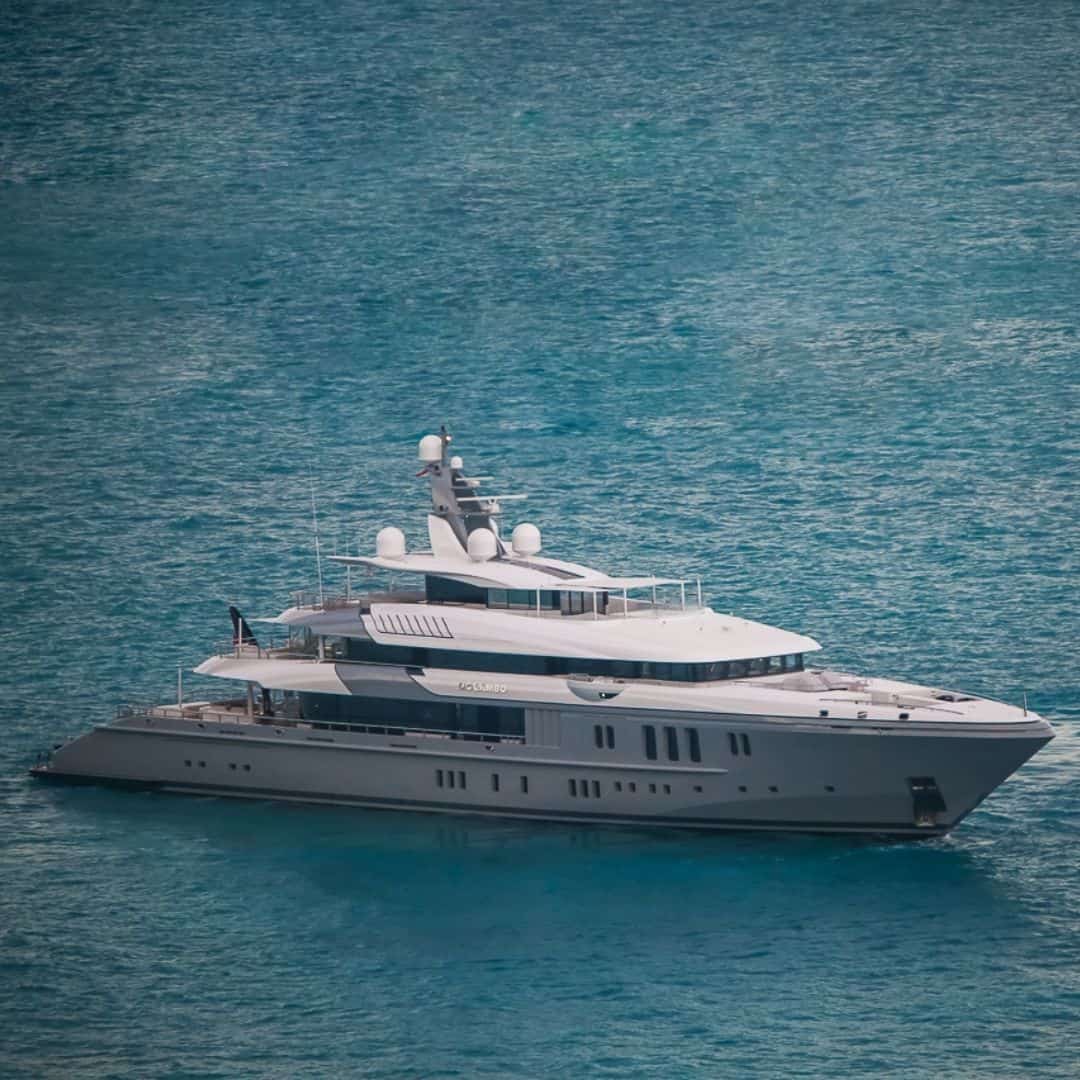 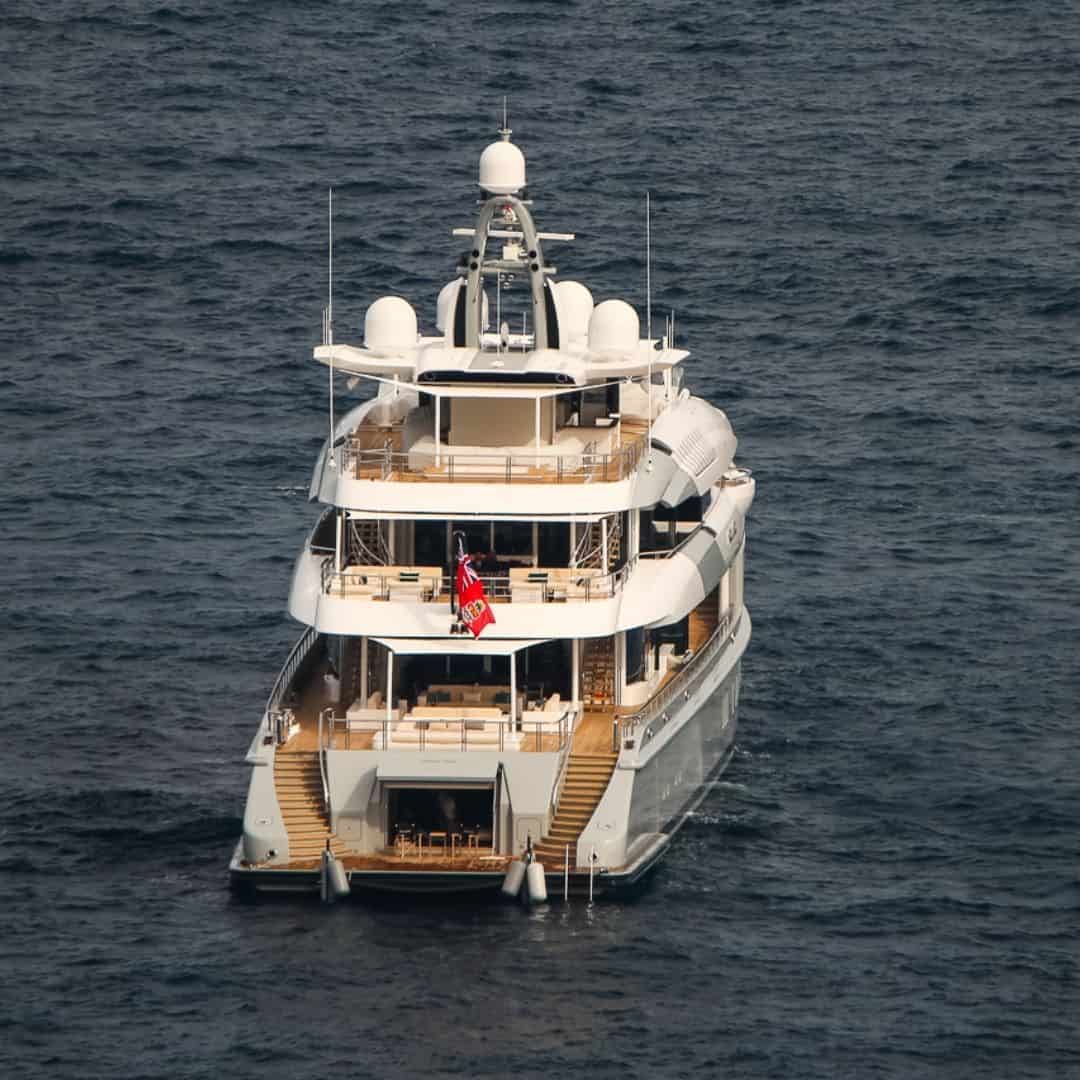 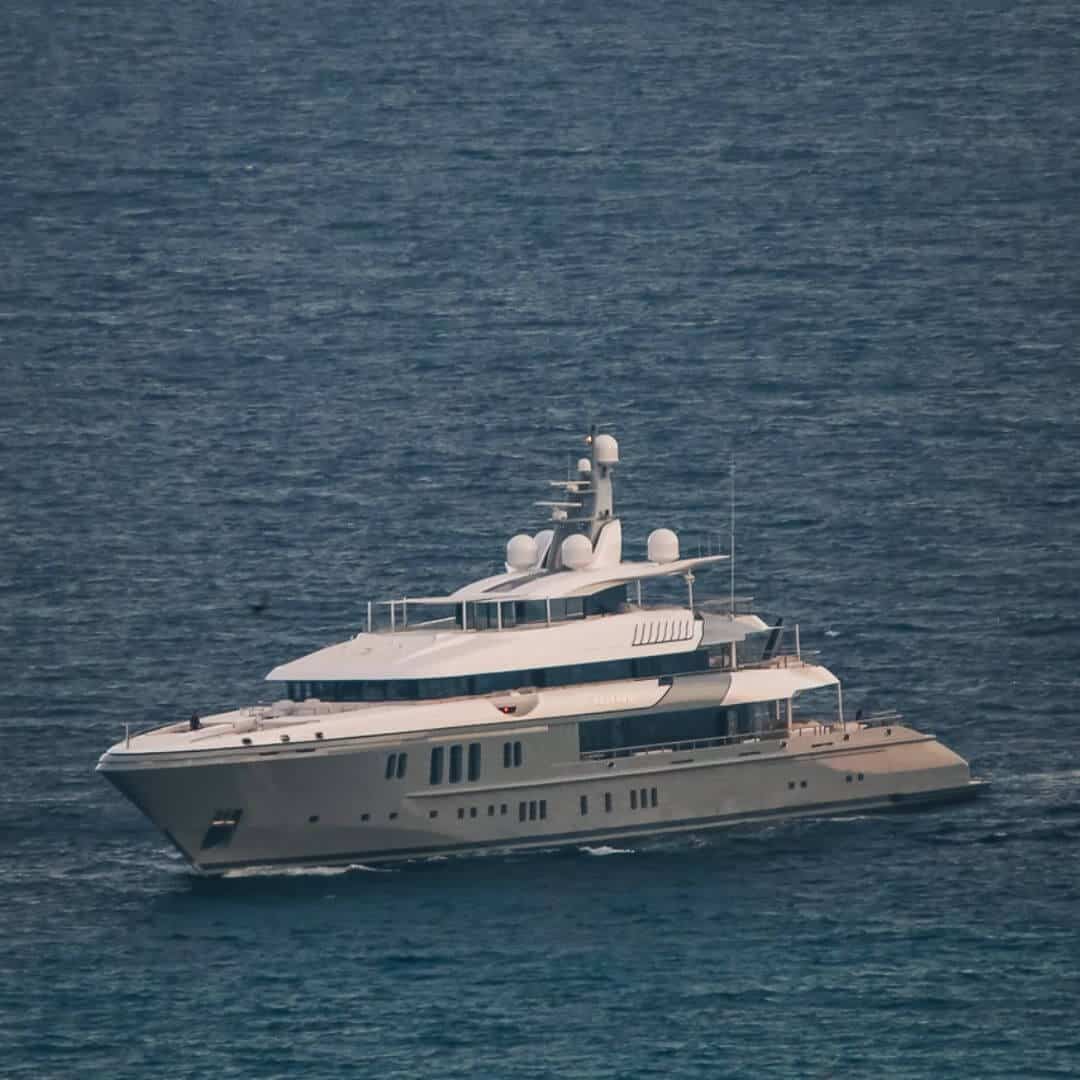 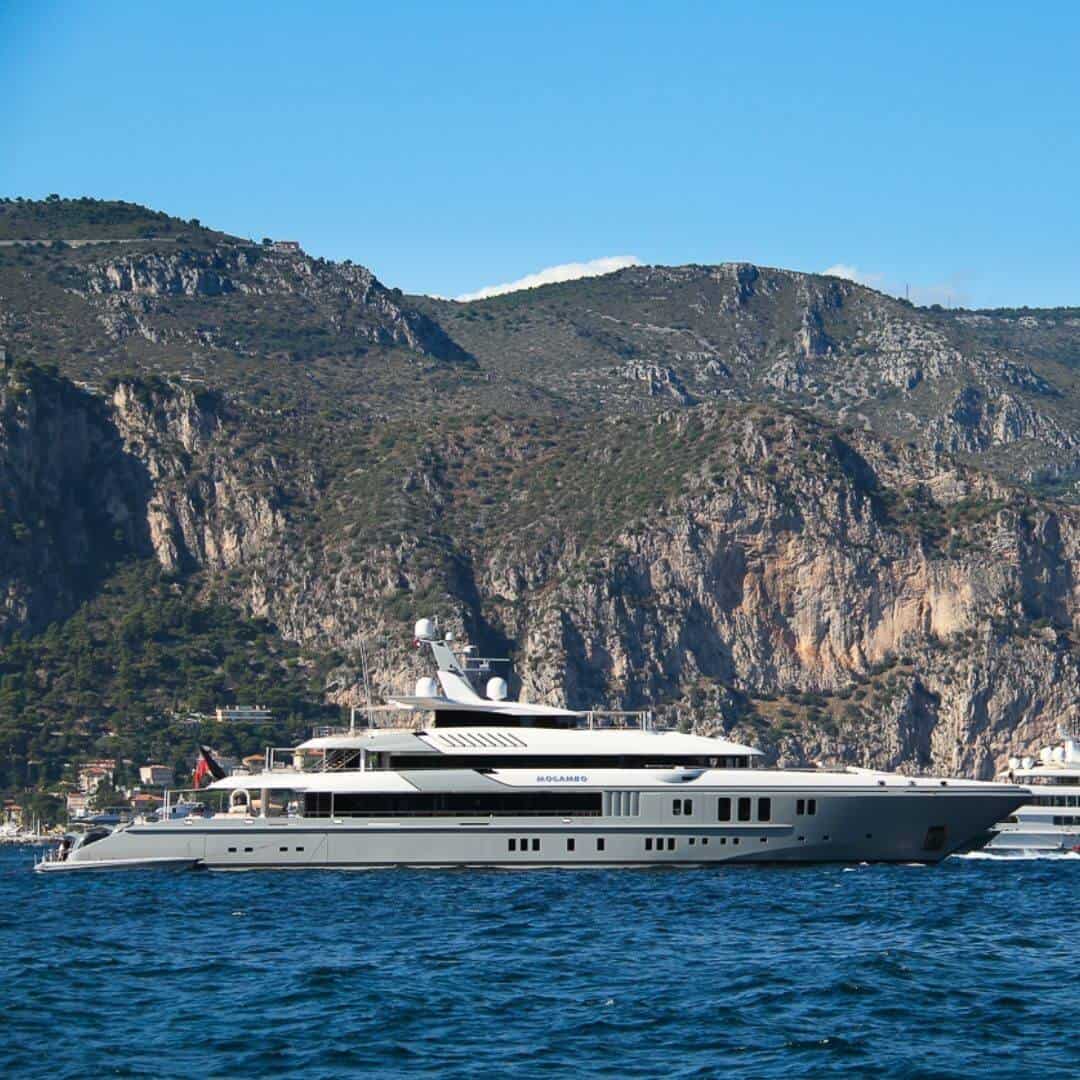 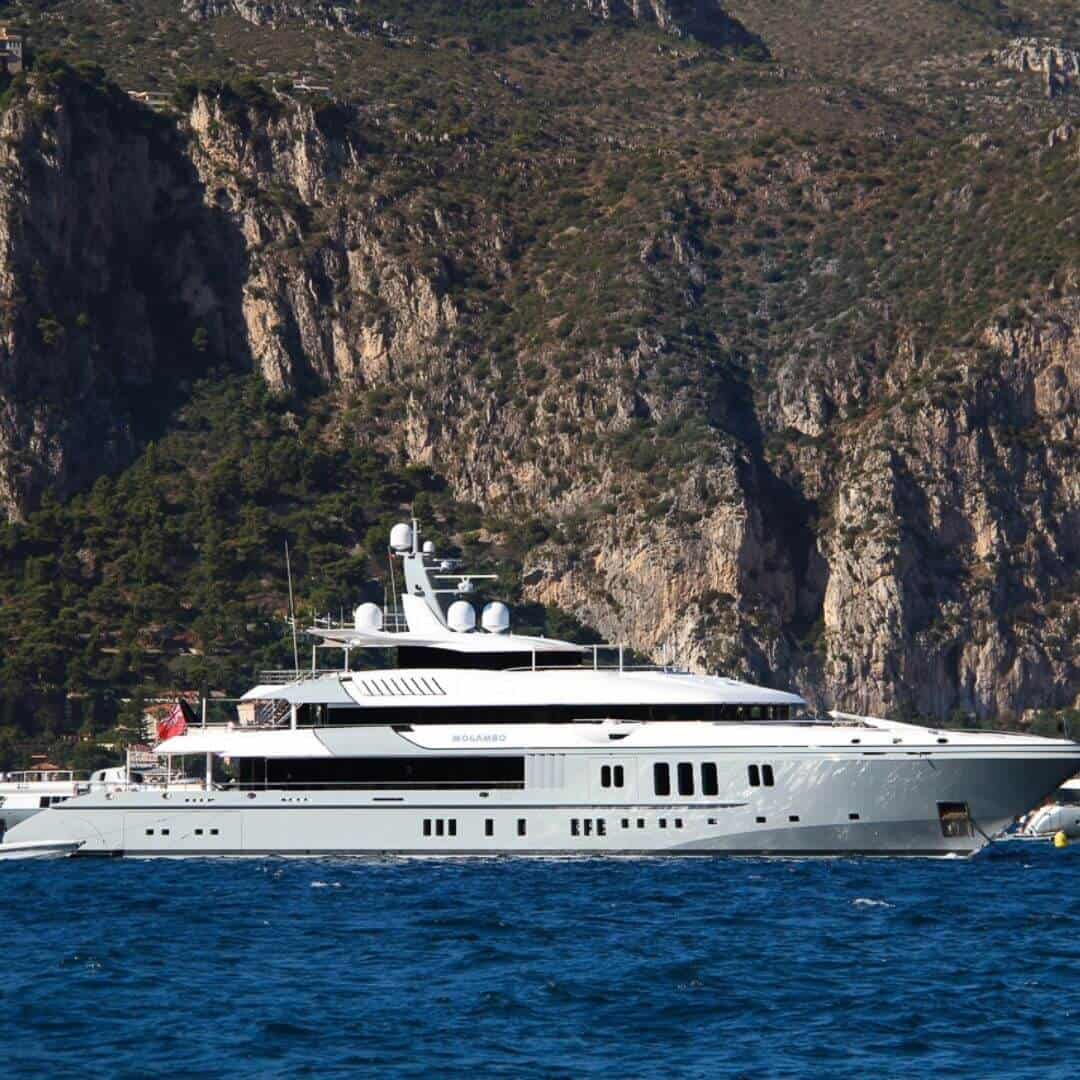 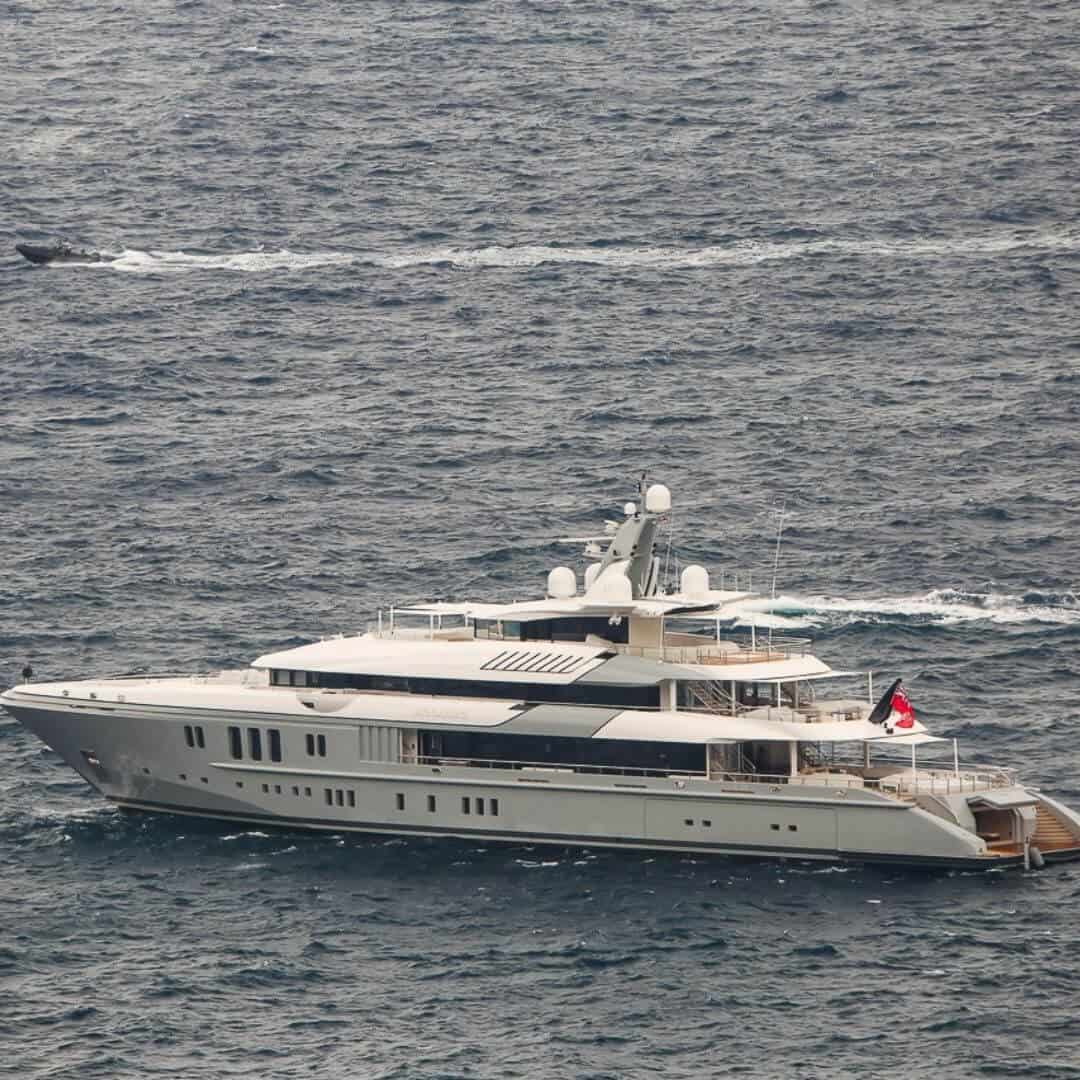 MOGAMBO yacht is a 73.55-meter yacht capable of hosting up to 12 guests in her seven cabins and can fit 17 qualified onboard crew members.

She was custom-built back in 2012 by Nobiskrug and was refitted four years after her completion. She weighs 1,682 gross tons and can cruise at speeds of 14 knots and caps out at 17 knots.

MOGAMBO yacht’s interior was designed by Reymond Langton Design, a design studio founded by Pascale Reymond and Andrew Langton in 2001. They are an international award-winning design studio with decades of experience in the yacht design industry.

They have tons of design experience with their involvement in over ten yachts. One of these is AVIVA yacht, a 98.4-meter yacht capable of welcoming up to 16 guests in her eight cabins and fitting 35 qualified crew members. She weighs 4,999 tons, can cruise at speeds of 14 knots, and can go up to 20 knots.

Another is the KISMET yacht, a 95.2-meter superyacht capable of welcoming up to 12 guests in her seven cabins, which can be attended to by 28 qualified crew members. She weighs 2,928 tons and can cruise at speeds of 12 knots and go to speeds of 17 knots.

Aboard the MOGAMBO yacht, guests can have full access to the yacht’s amenities. These include her tender garage, a beach club, a spa room, a jacuzzi, a gym, exercise equipment, an elevator, and several dining areas. She has wifi access and has complete air conditioning.

Hosting guests is also not a problem as she has seven cabins with specifications of 1 Master, 1 VIP, 2 Doubles, 2 Doubles /Twin, and 1 Pullman. She can also board 17 qualified crew members.

MOGAMBO yacht spans an overall length of 241.4 feet or 73.55 meters, a beam of 41 feet or 12.5 meters, and a draft of 12.2 feet or 3.7 meters. She was built by Nobiskrug and completed in 2012 and was both exteriorly and interiorly designed by Reymond Langton Design.

She was engineered to have a teak deck, a steel hull, and an aluminum structure. She weighs 1,682 tons and is powered by 2 x MTU 16V 4000 M60 engines, which power her twin-screw propulsion system allowing her to cruise at speeds of 14 knots and can go to a top speed of 17 knots.