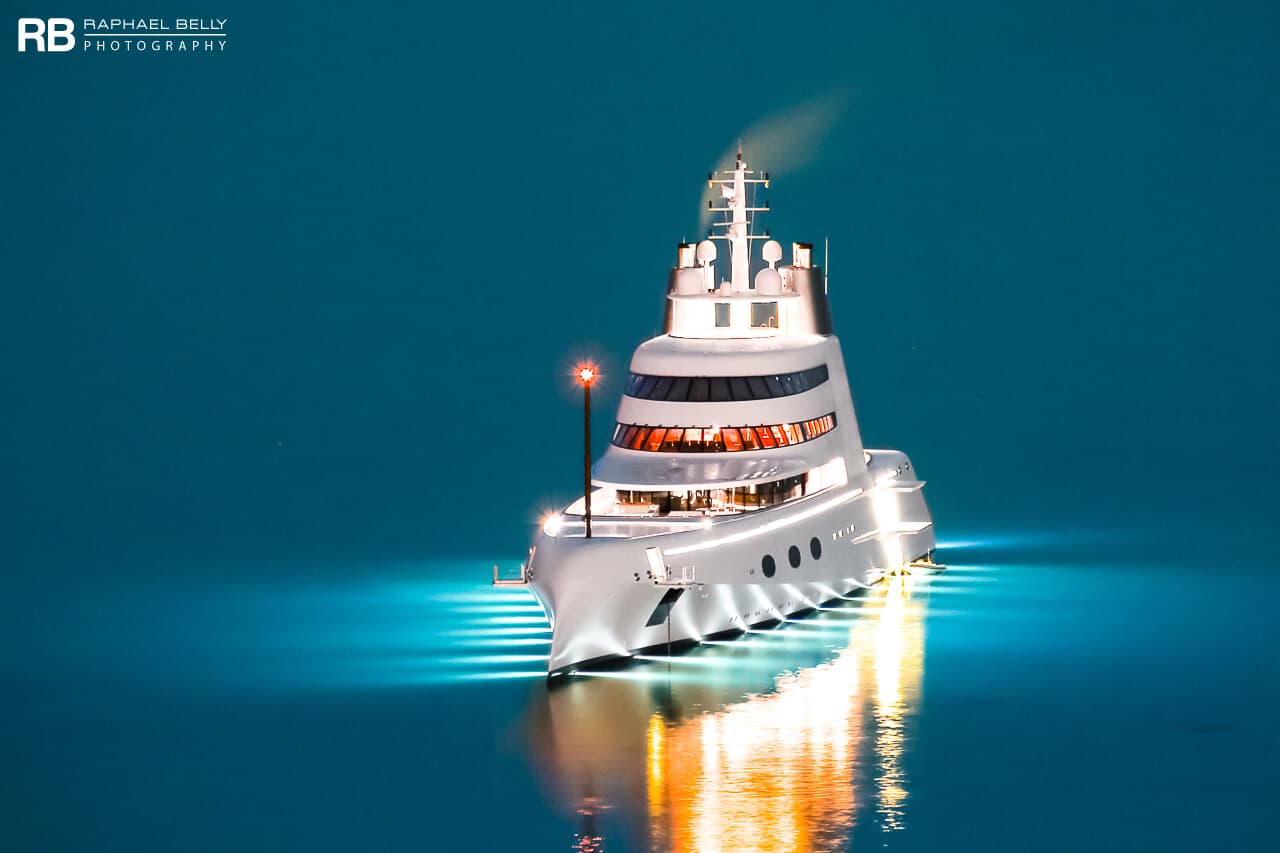 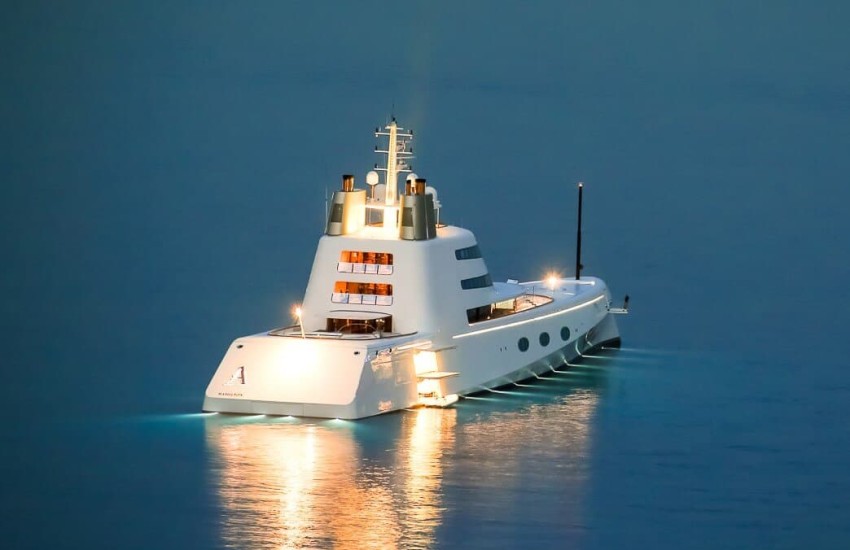 MOTOR YACHT A is one of the largest privately-owned megayachts in existence, measuring 119 meters (390 ft) in length. It is currently ranked the 27th biggest yacht in the world and sails under the flag of Bermuda.

A was built by the famous shipyard Blohm & Voss in Kiel, Germany and after four years of construction, she was handed over to her new owner, the Russian oligarch Andrey Igorevich Melnichenko in 2008.

The interior of the 119 meters (390 ft) long A offers plenty of natural light and elaborate wooden furniture, providing a luxurious and comfortable ambiance.

The interior design is by Philippe Starck, a renowned French architect, and designer who helped develop the private rooms of the Élysée Palace in Paris.

MOTOR YACHT A features a beautiful master suite and an additional six state-of-the-art guest cabins. A crew of 35 members is able to stay on board to take care of up to 14 guests.

Two diesel engines power MOTOR YACHT A with an output of 9,000 kW each. A full tank of over 750,000 liters provides her with an impressive reach of up to 6,500 nautical miles.

Her cruising speed lies at 19 knots, but the vessel can reach maximum speeds of up to 23 knots.

A is equipped with the latest technology and control systems, which aid the crew in maneuvering the gigantic vessel. She has a width of 18.87 meters (61.90 ft) and weighs in at an impressive 5,500 tons.

Philippe Starck also created the exterior design of A in collaboration with naval architect Martin Francis and the shape of the yacht strongly resembles a US Navy destroyer. A has a total of three swimming pools distributed on the different decks.

The pool on the front deck is the largest of all and is equipped with a jet nozzle that can simulate currents.

Furthermore, A features a spacious beach club as well as three tenders housed in their own garages.

She also has her own helicopter landing pad located on the forward main deck while three elevators make it easy for guests and crew to reach the different levels of the vessel. Of course, A is equipped with a high-quality gym and a spacious spa area.

The price of MOTOR YACHT A is estimated at about US $300 million, which the owner, Russian billionaire Melnichenko paid for the vessel in 2008. The annual costs amount to US $12 to $15 million depending on use.

The owner of MOTOR YACHT A is Russian billionaire Andrei Igorevich Melnichenko who has an estimated net worth of US $19.3 billion.

He is considered one of the richest men in all of Russia and earned the majority of his fortune in the financial sector.

Melnichenko holds stakes in the coal and electricity group SUEK and in the fertilizer manufacturer Eurochem which continue to help his net worth grow.