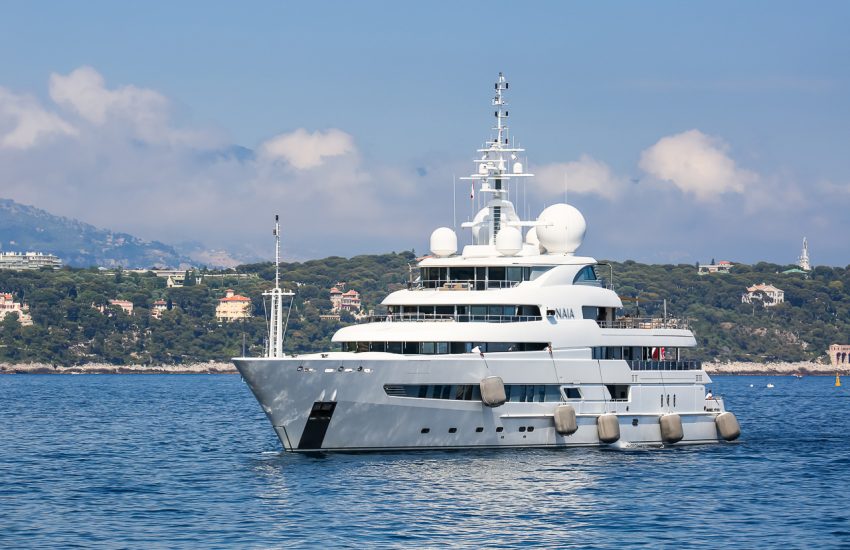 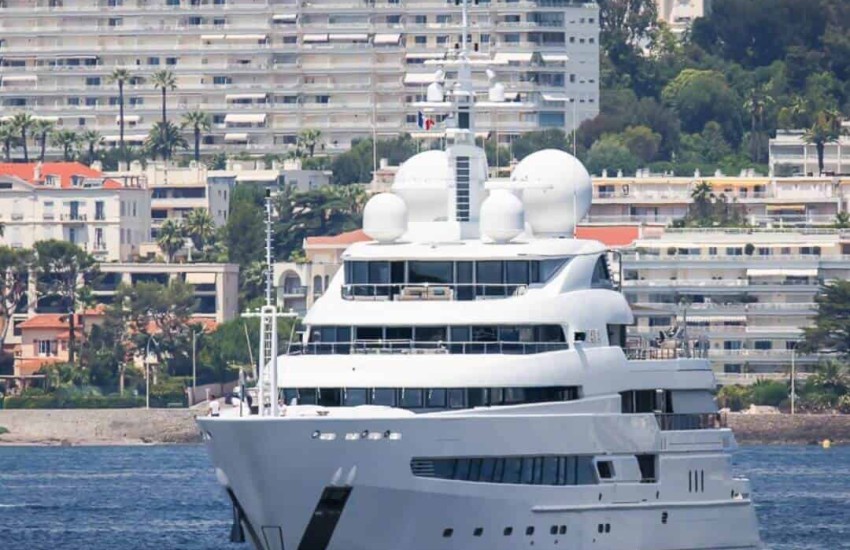 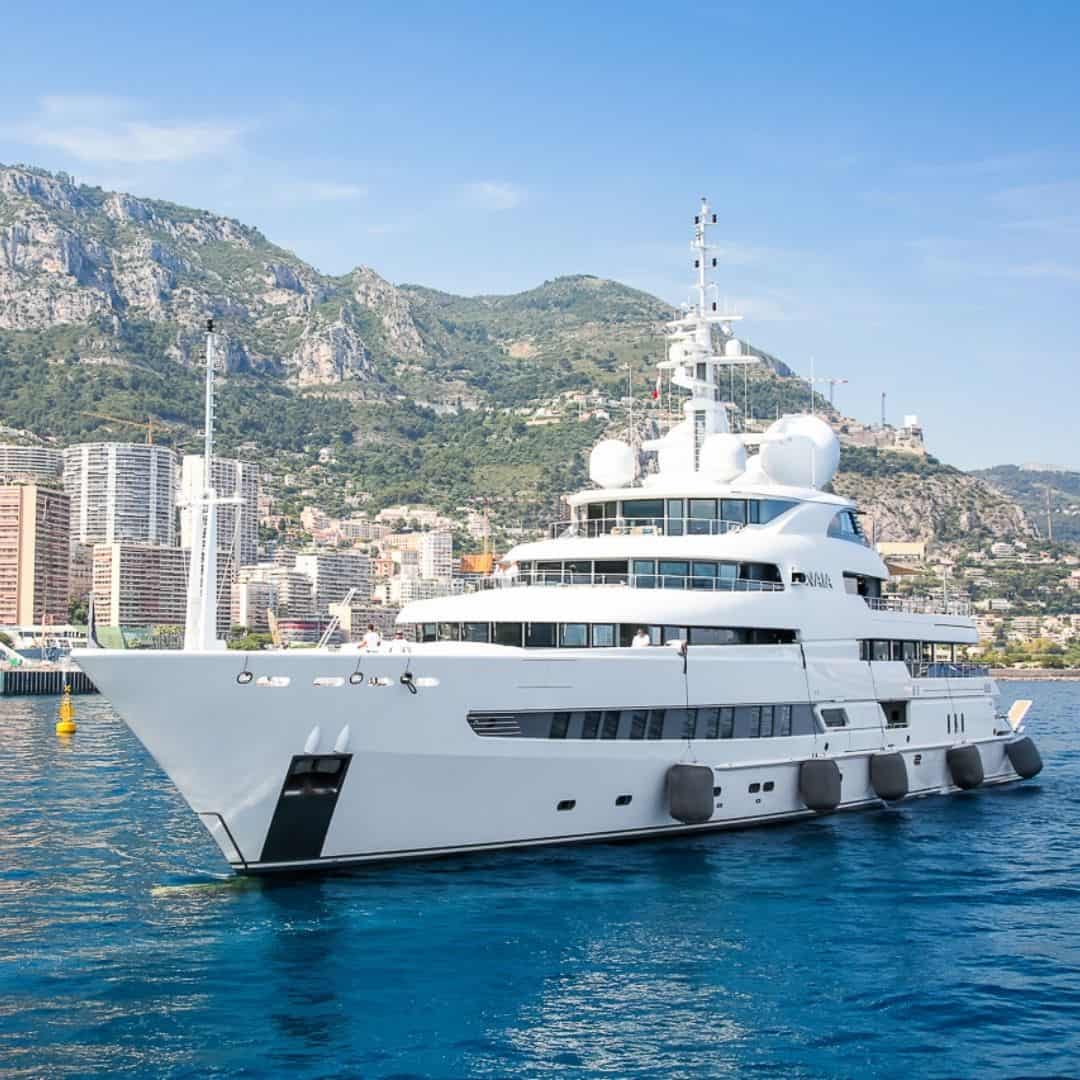 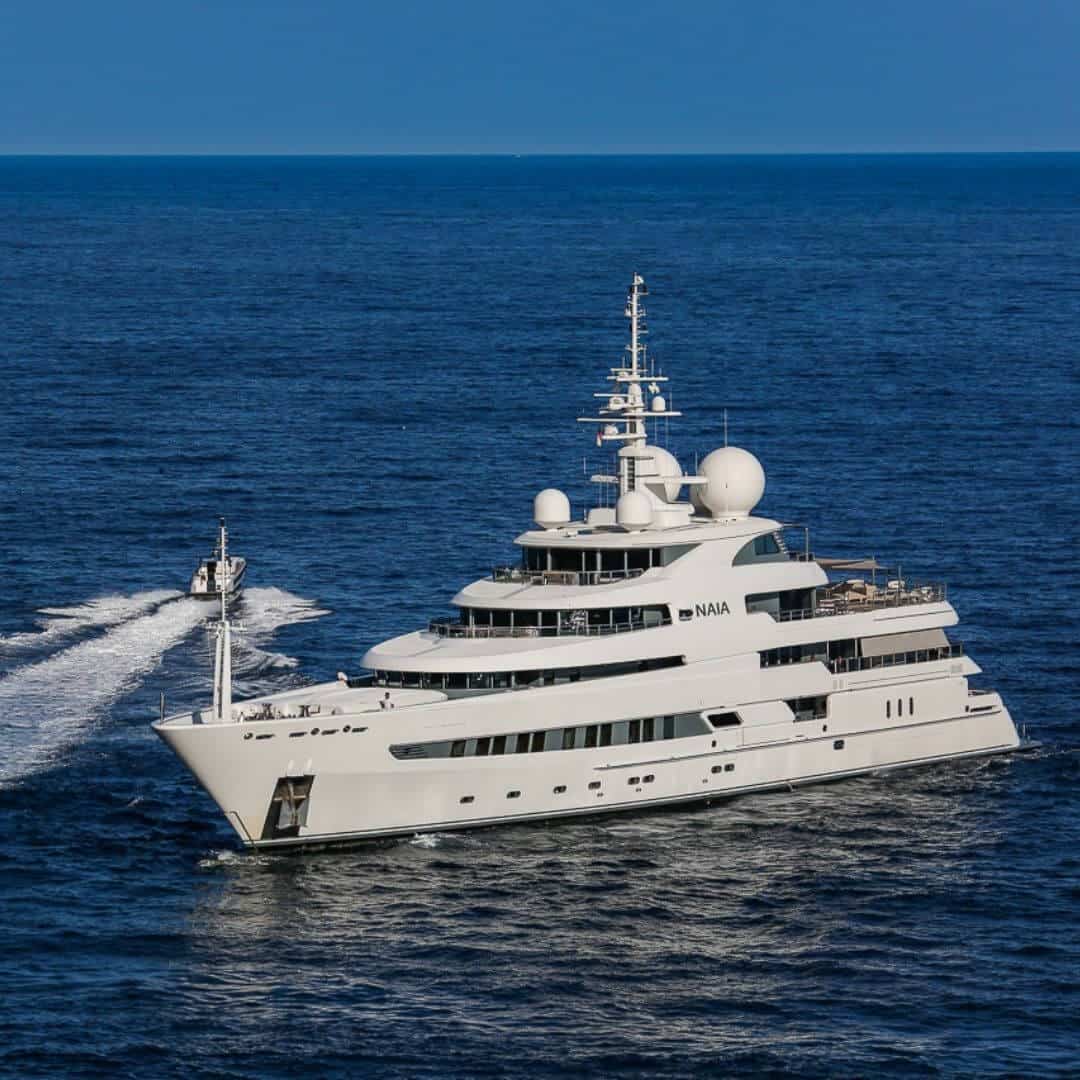 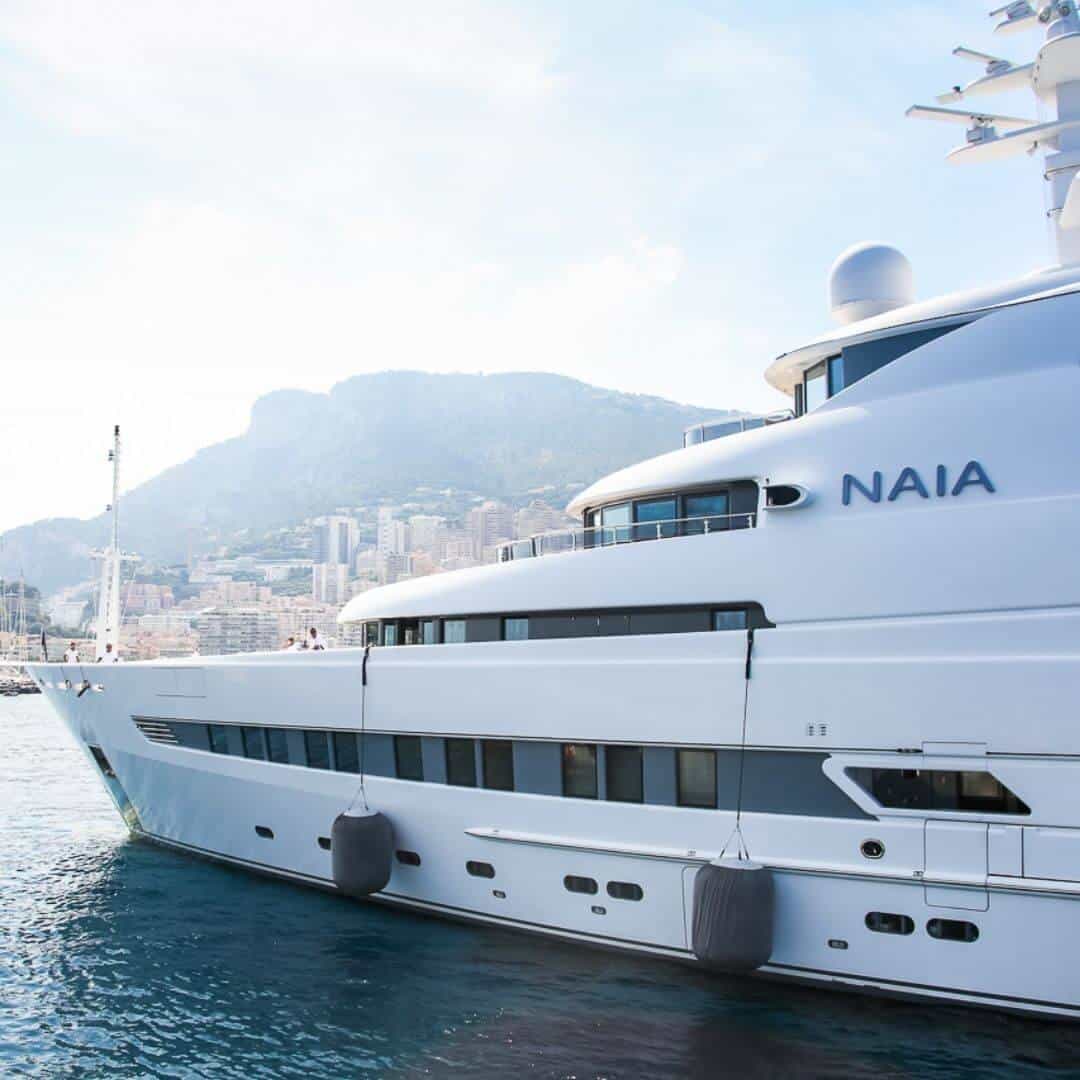 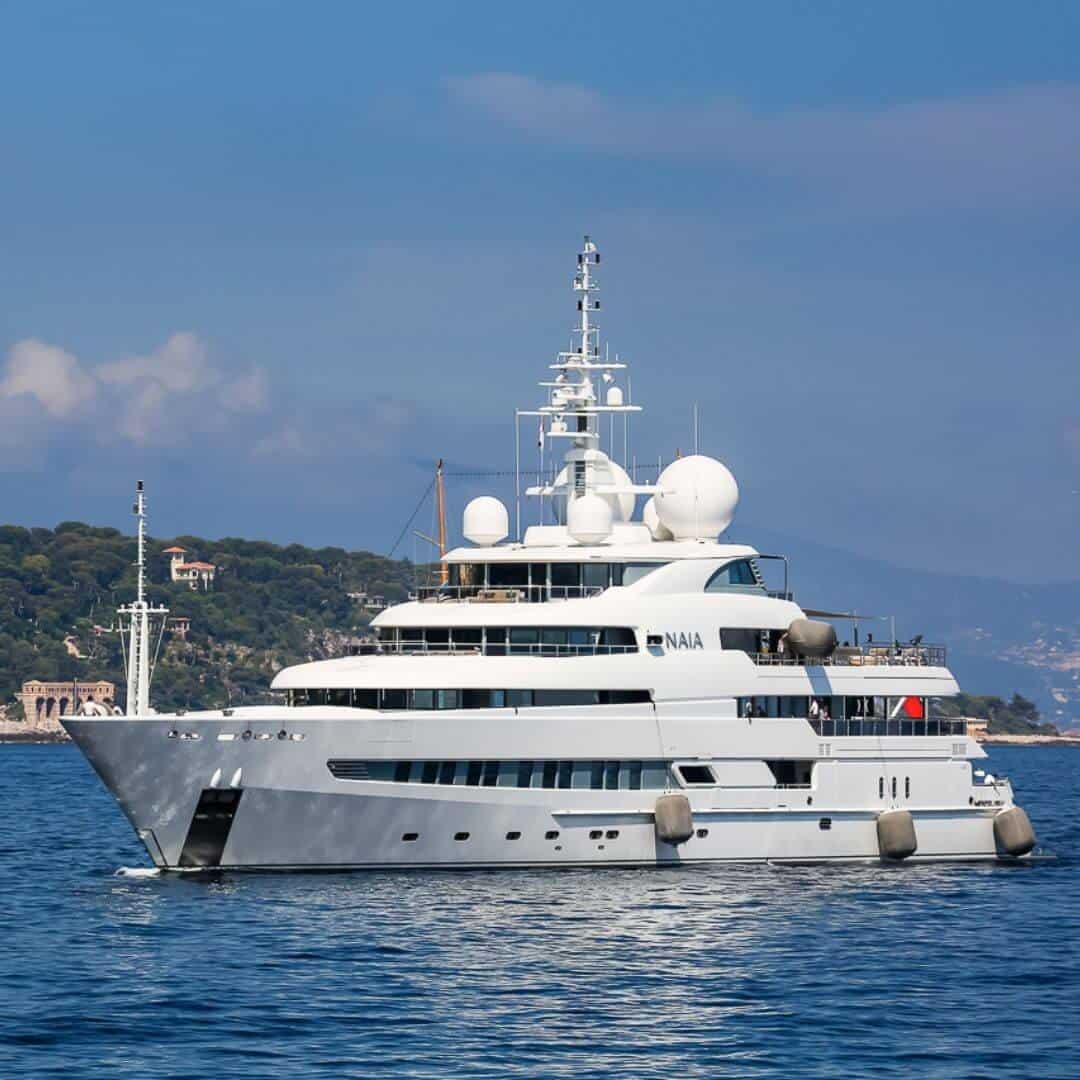 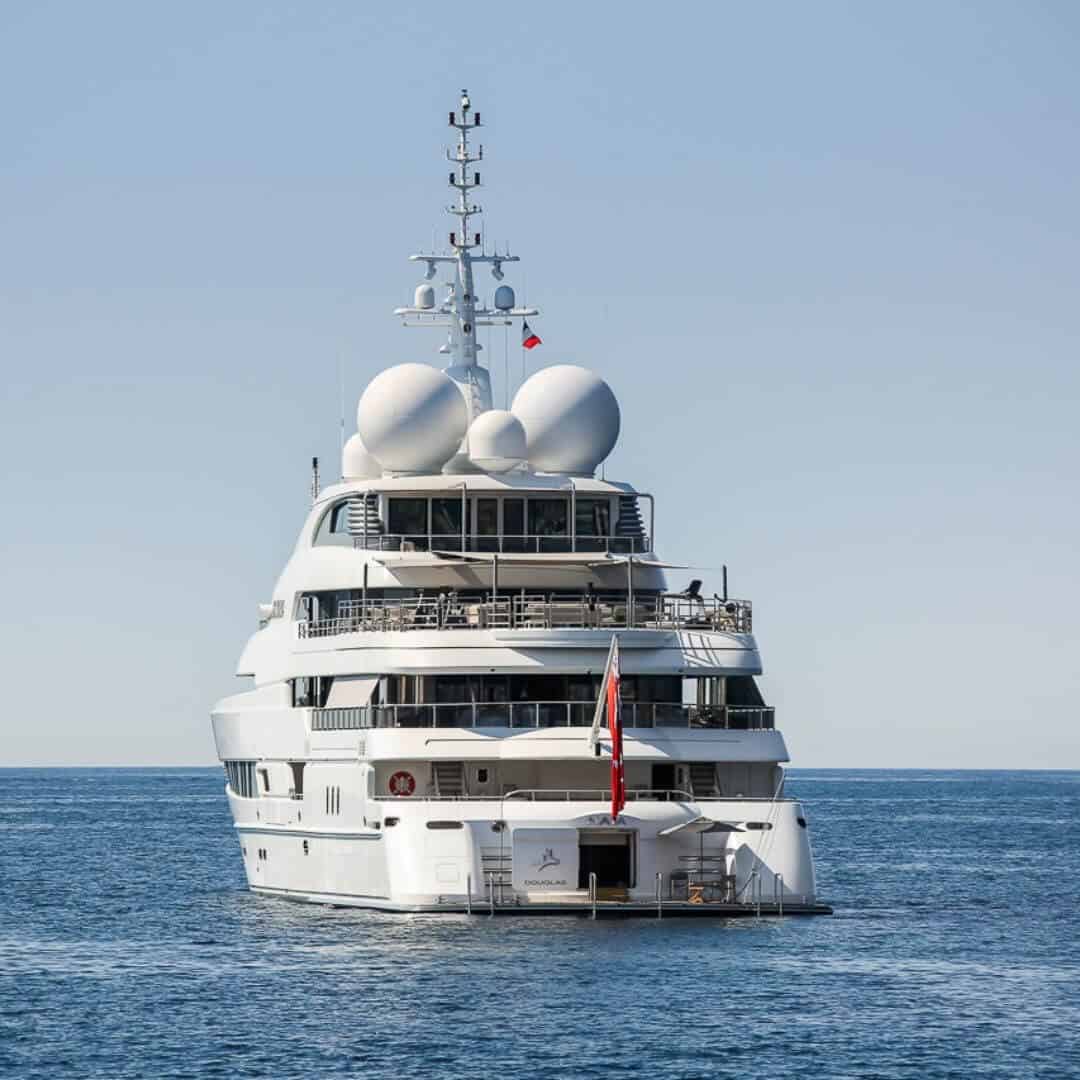 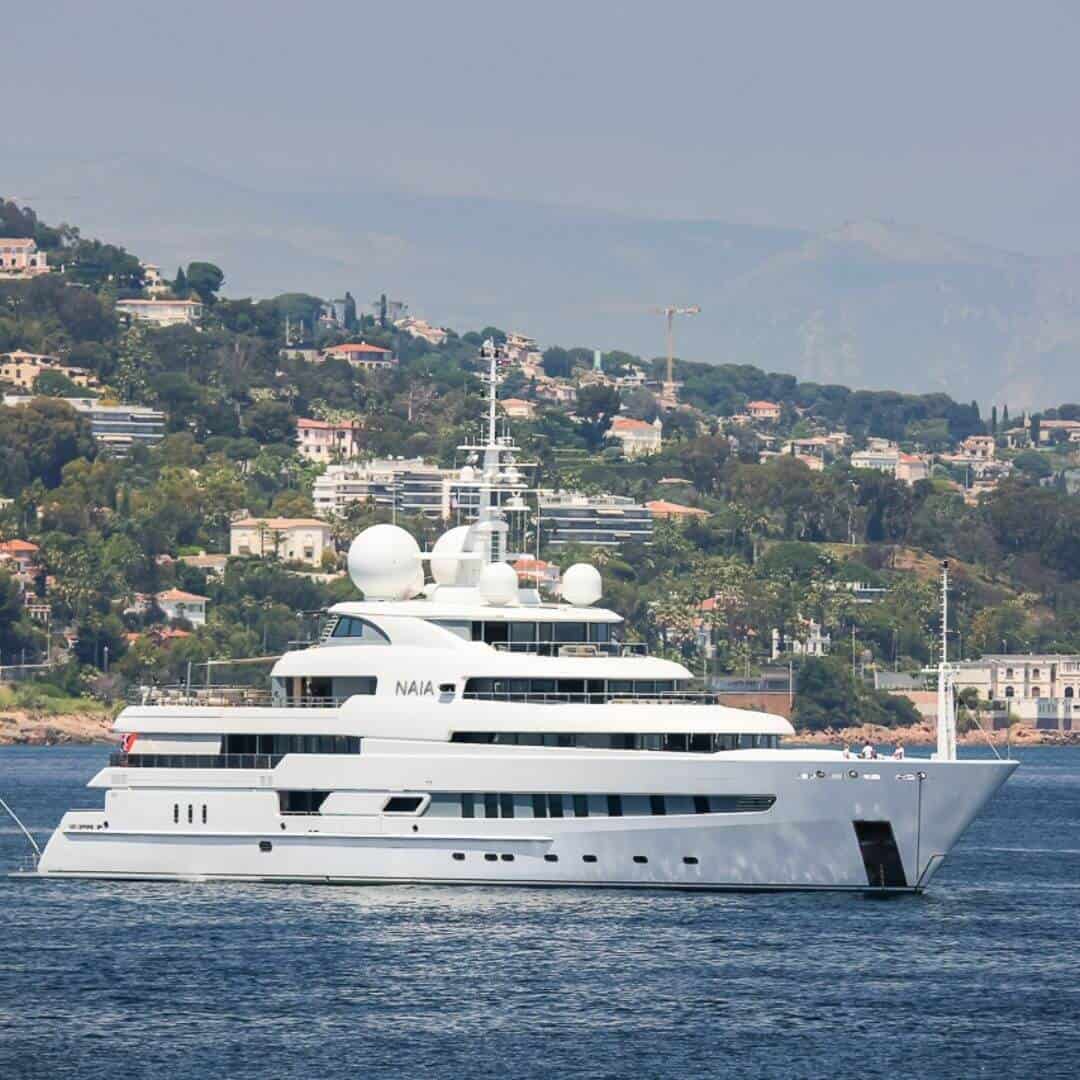 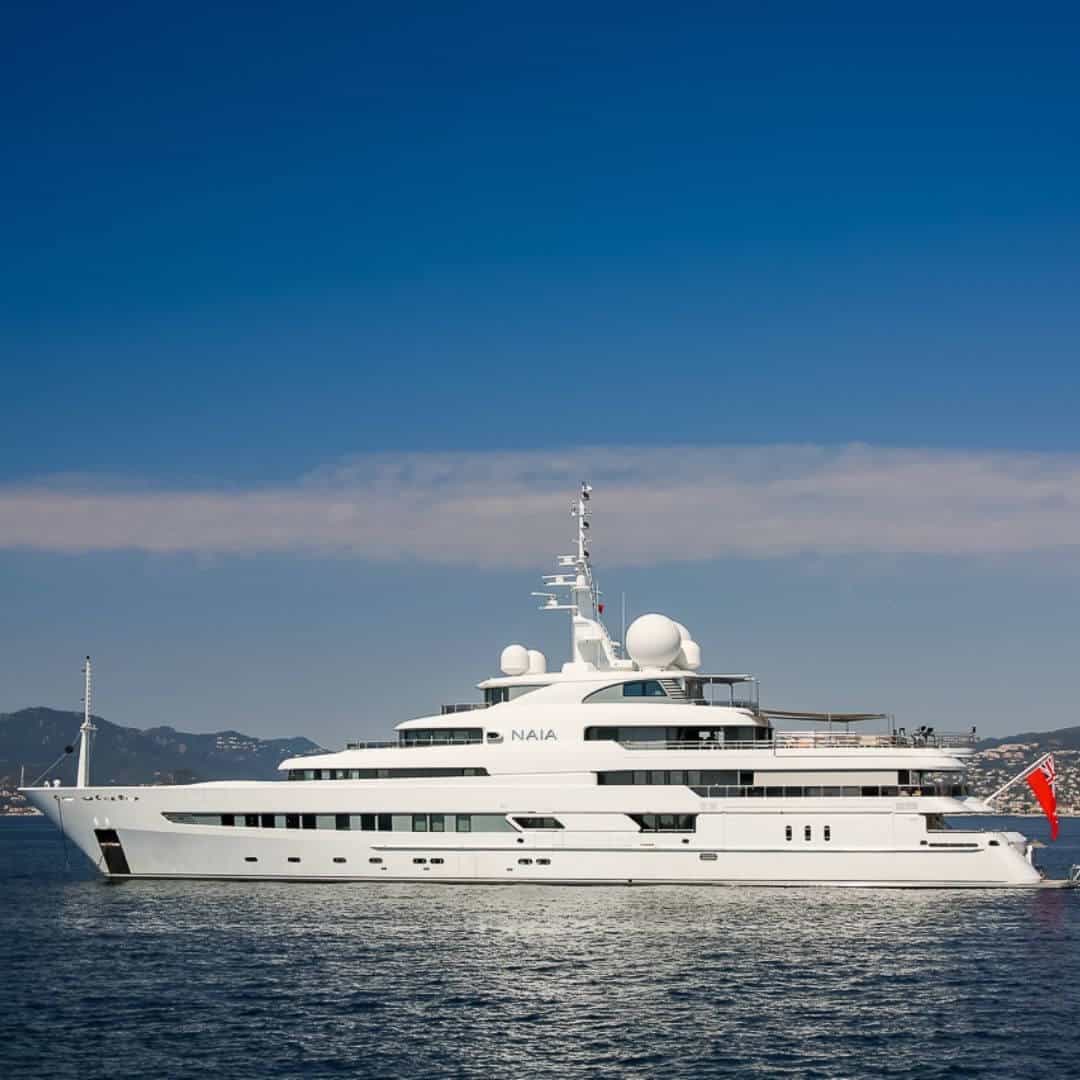 NAIA yacht is a 73.6-meter yacht capable of welcoming 12 guests in her eight cabins and 22 qualified onboard crew members. She was built back in 2011 by Freire Shipyard and was refitted three years after its completion. She weighs 2,059 gross tons and is capable of cruising at speeds of 14 knots and going to a top speed of 16 knots.

NAIA yacht’s interiors were designed by Mark Berryman Design, a company geared towards their client’s preferences and wants. They pride themselves on their iconic in-house contemporary style, along with their subtle Asian accents.

They also have tons of experience in the yacht design industry with their involvement in yacht projects such as FLYING FOX, an award-winning 136-meter superyacht capable of hosting up to 25 guests in her 11 cabins along with 55 qualified crew members.

Another is the H Yacht, formerly known as the INDIAN EMPRESS yacht, capable of hosting up to 32 guests in 16 cabins and can be attended to by 42 qualified crew members. She was custom built by OceanCo, completed in 2000, and was refitted 15 years after.

Aboard the NAIA yacht, guests can have full access to the yacht’s onboard amenities such as her inflatable water slide, a jacuzzi, a commercial helipad, a deck jacuzzi, and an elevator. She also has complete air-conditioning, access to wifi, and video in-demand.

She also has tons of toys to play with, such as a submarine, wakeboards, mountain bikes, wave runners, water skis, and an inflatable trampoline.

Hosting guests is also not a problem as she can easily fit 12 guests in her eight cabins with specifications of 1 Master, 1 VIP, and 4 Convertibles. She can also fit up to 22 qualified crew members.

Lastly, she has at-anchor stabilizers to keep guests steady and safe when going out to the rough seas.

Owning the NAIA yacht was Saleh Abdullah Kamel, a 78-year-old Saudi billionaire businessman who passed away on  May 18, 2020.

He was also the chairman and CEO of Dallah Al-Baraka Holding Company (DBHC), a Saudi Arabian-based company. And he was also a chairman for the Islamic Development Bank who focuses on Islamic finance.