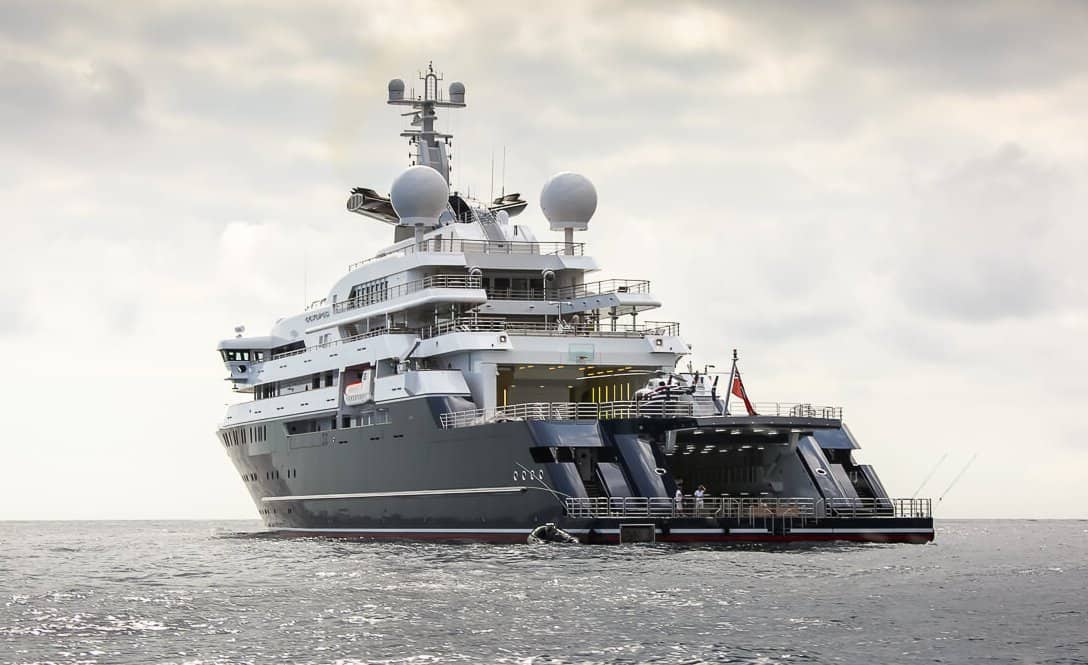 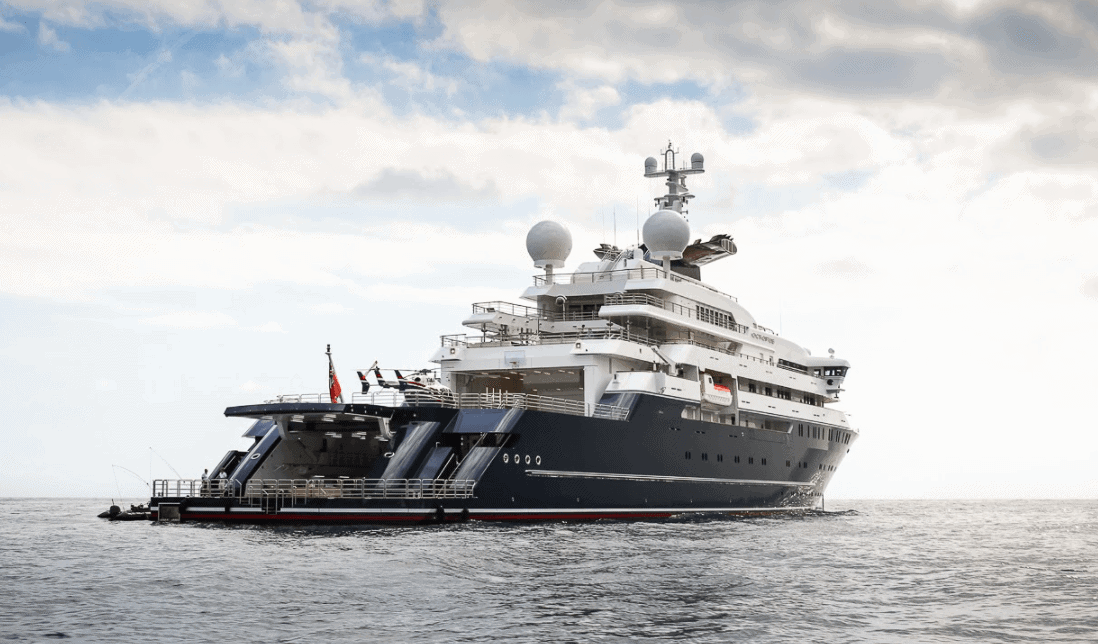 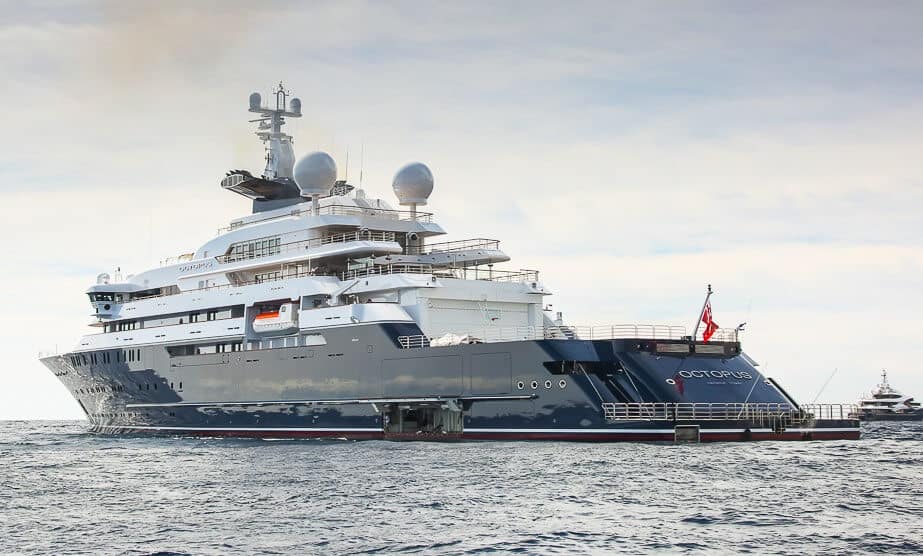 Measuring in at an impressive length of 126.2 meters the OCTOPUS yacht is the 21st largest yacht in the world.

With an estimated worth of $285 million, her owner is currently unknown.

This stunning vessel can comfortably accommodate up to 26 guests while having a crew of 57 on hand to cater to their needs.

Powered by Mercedes Diesel engines she can reach speeds up to 20 knots.

The OCTOPUS yacht inter offers space for up to 26 guests in 13 cabins, including a spacious owner’s cabin and deck.

A well-trained crew of up to 63 crew members provides 5-star service onboard this luxury vessel.

OCTOPUS’ interior has several bars distributed across the different decks, a fully equipped spa, a cinema, a gym, a library, and even a basketball court.

The interior was designed by Jonathan Quinn Barnett, a well-known superyacht designer from Seattle, Washington.

Her maximum speed lies at 19 knots, while her relatively slow cruising speed of 12 knots allows her to have a range of 12,500 nautical miles.

OCTOPUS is also equipped with the latest anchor and steering technology, which helps to maneuver the vessel.

OCTOPUS yacht has two helipads, one at the stern with its own hangar and one at the bow.

She has a total of seven tenders, one of which is 13 meters long and can almost be considered its own yacht.

The OCTOPUS superyacht also has two submarines on board, one of which is remotely controlled while the other can accommodate eight people.

The internal dock of the megayacht can be used to dry lay vessels of up to 20 meters for possible repairs.

The mega yacht also has a large pool on deck as well as a jacuzzi and a spacious beach club.

The onboard elevator system ensures that guests and crew can move quickly between the eight decks.

For the entertainment of the guests, the yacht carries scuba diving equipment, jet skis, and other water toys.

The former owner of the OCTOPUS superyacht Paul Allen paid a price of US $200 million for the yacht in 2003 and she generates annual running costs between US $20 and 35 million.

As of 2022, OCTOPUS is available for charter for the first time ever since her launch. She costs approximately 2.2 Million Euro’s per week.

For 2023 she will be located in the Mediterranean and the weekly rate is expected to remain the same.