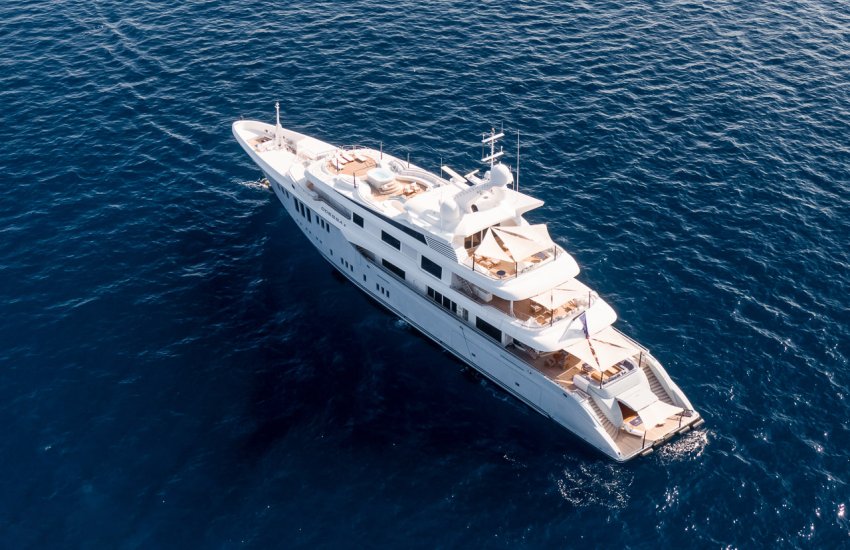 ODESSA II yacht weighs approximately 1,767 tons and cruises at speeds of 13.5 knots and can go up to a top speed of 18 knots.

ODESSA II yacht’s interior was designed by H2 Yacht Design, a design studio established back in 1994 by Jonny Horsfield.

He always had a passion for interior designing and has been in the industry for over 30 years, making him very known in the community for his involvement in more than 100 yachts.

One of the yachts with which H2 yacht design was involved was the GRACEFUL yacht, built by Blohm & Voss is an 82-meter superyacht capable of cruising at speeds of 16 knots and can go to a top speed of 18 knots.

Inside the ODESSA II yacht, guests can spend their time using her amenities such as a beauty salon, spa, sauna room, a beach club, a full gym, exercise equipment, and a deck jacuzzi.

She also features complete air conditioning and has access to Wifi.

Hosting guests is also not a problem; she can welcome up to 12 guests using her cabins with specifications of 1 Master, 2 Doubles, 2 Twins, 1 Single, and 1 Convertible.

She can also fit up to 19 qualified onboard crew members.

He was originally from Ukraine and made his fortune by selling his Russian oil company for 7 billion US dollars in 2013.

He also has multiple investments via Access Industries, Inc., which focuses on real estate, natural resources, and media and telecommunications.

He is known as the wealthiest man in the United Kingdom with an estimated net worth of $34.1 billion as of 2022.

She has a teak deck built by Nobiskrug back in 2013 and has not been refitted since.

With her massive fuel tanks and her incredible efficient engines, she can cover distances of up to 4,500 nautical miles.