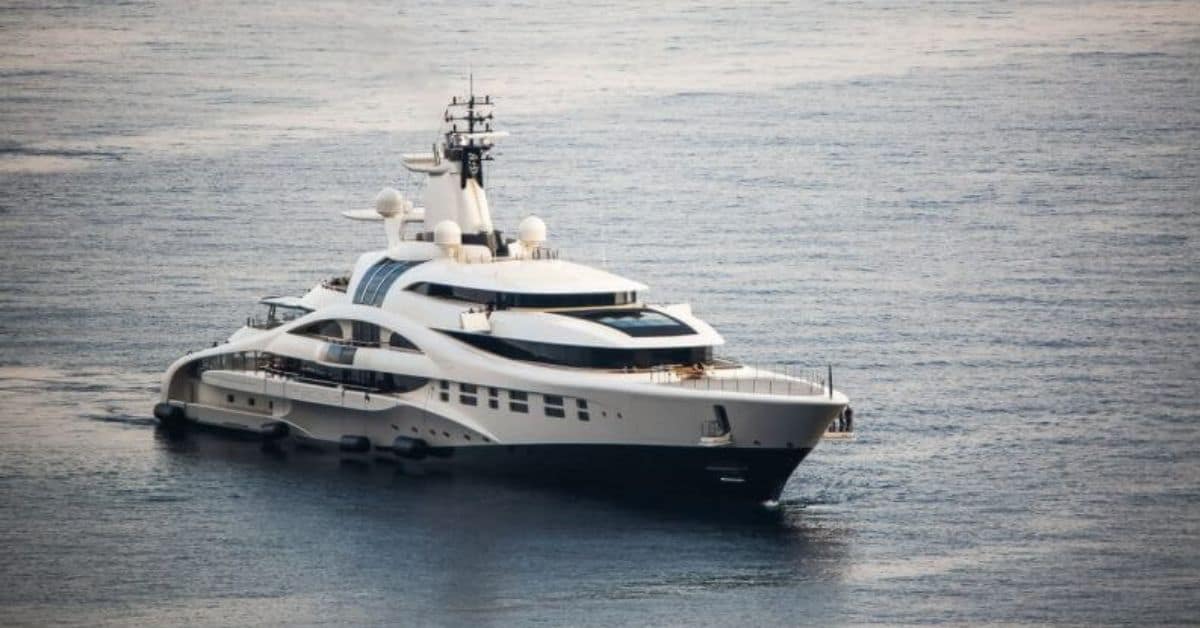 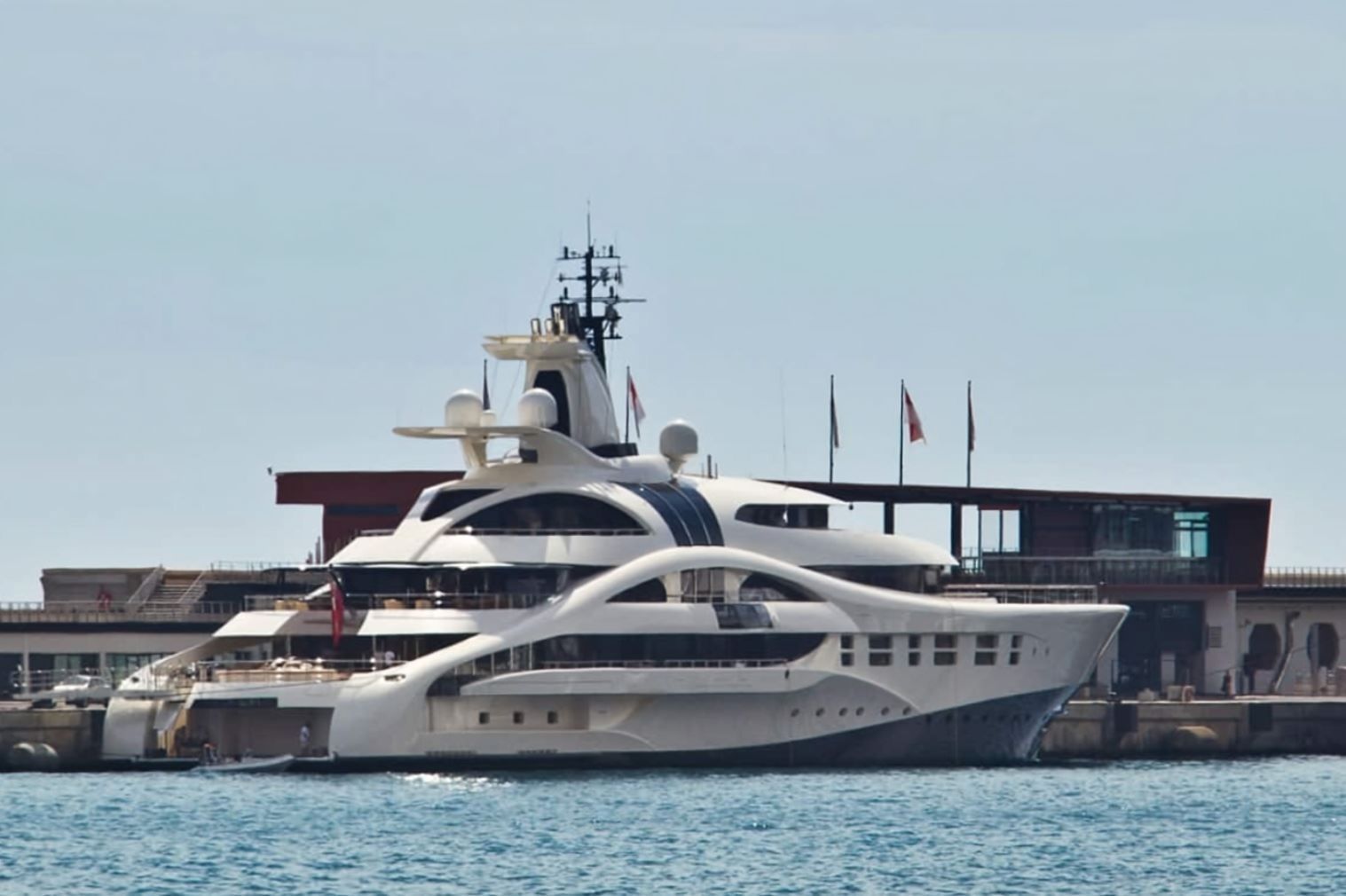 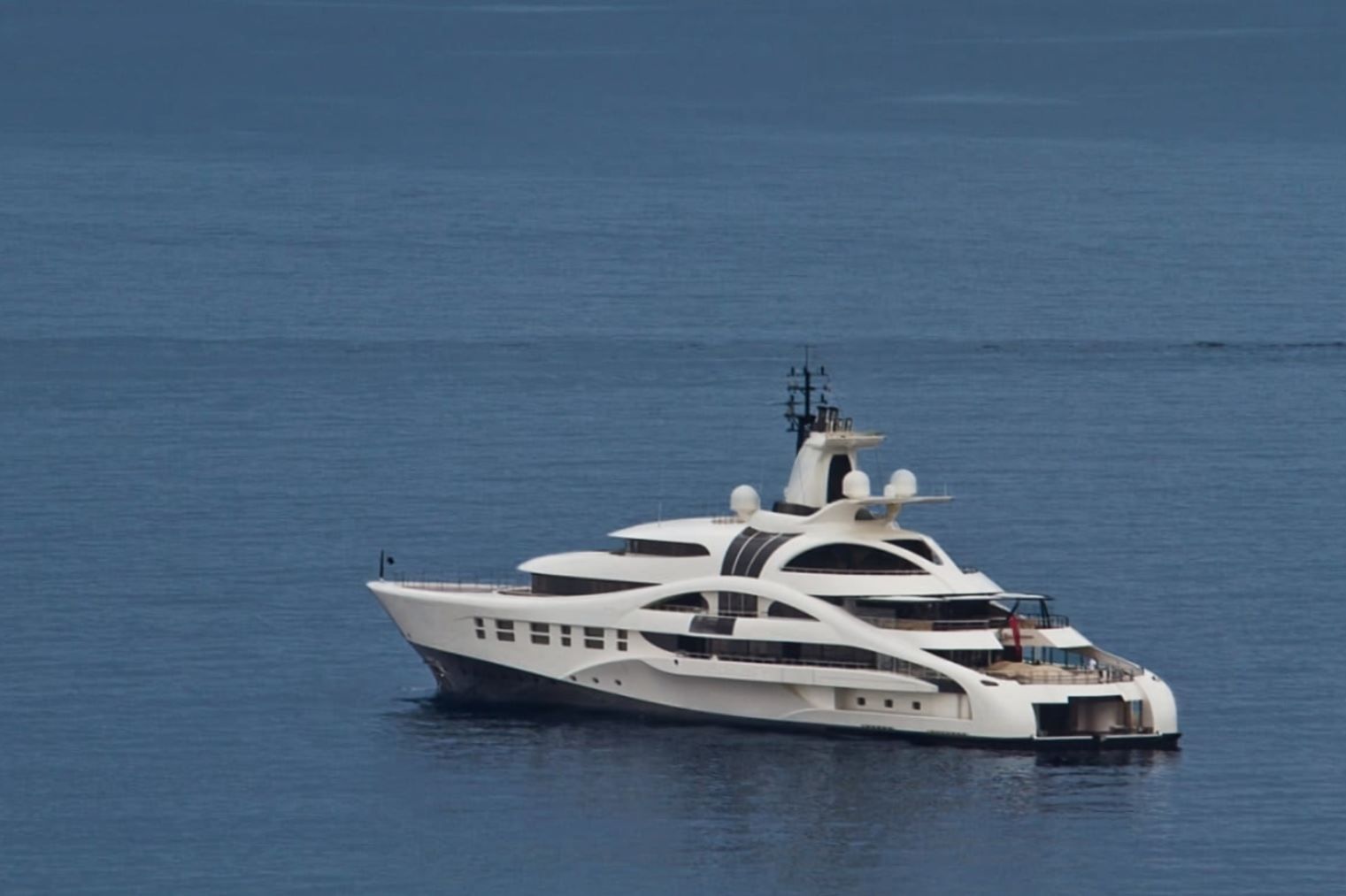 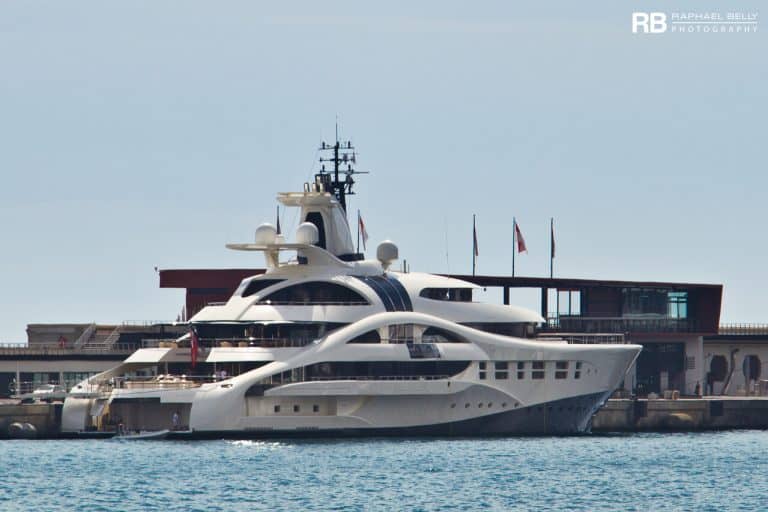 PALLADIUM yacht is a multi-award-winning 95.1m/312′ motor yacht built by The Blohm + Voss shipyard in Hamburg, Germany. Her luxurious interior and elegant exterior were both penned by the renowned Michael Leach Design and she was delivered to her new owner in September 2010.

PALLADIUM was designed by Michael Leach, an award-winning superyacht designer with a combined 60 years of experience and has worked with the best shipyards in the world such as Feadship, Blohm & Voss, Amels, Damen Yachting, and Pendennis, just to name a few.

She can comfortably accommodate up to 24 guests in 12 cabins and a total of 34 crew in 16 cabins to provide guests with a relaxing luxury yacht experience. She is equipped with a beauty salon, an elevator, a gym, and air conditioning among her many amenities.

This superyacht boasts a teak deck, a steel hull, and an aluminum superstructure that is constructed to last a lifetime.

Her aft deck has a big swimming pool, which is one of her most notable features. She also features a private theater, a jacuzzi jet pool, and custom-built yacht tenders.

PALLADIUM yacht has a steel hull, an aluminum superstructure, teak decks, and powerful twin MTU (16V 959 TE70L) 16-cylinder 4,600hp diesel engines operating at 1750rpm. Her cruising speed is at 16 knots and she can achieve a top speed of 19 knots, providing a range of up to 5,000 nautical miles from her 480,000-liter fuel tanks at 16 knots. Her freshwater tanks have a capacity of around 102,000 liters and she was constructed in accordance with the Lloyds Register classification society rules.

This beauty is a 96.0-meter motor yacht with a total of 4440.0 GT of gross tonnage and a 16-meter beam. She was built in Germany by Blohm & Voss, who is renowned for quality and reliability, delivering projects worldwide on time and on budget.

PALLADIUM Yacht was bought for US$ 200 million by a Russian oligarch, Mikhail Prokhorov, a Russian businessman who wielded his wealth in the wake of the Soviet Union’s collapse by buying shares in formerly state-run corporations. The yacht has an estimated annual running cost of US $10-20 million.

Mikhail Prokhorov owns the PALLADIUM yacht as well as the Solemar yacht. He is a Russian billionaire and former owner of the Brooklyn Nets basketball team. He also owns the Norilsk Nickel, a company that is considered the world’s largest producer of nickel and palladium.

Prokhorov established The Mikhail Prokhorov Foundation, a private charitable organization that assists in the establishment and development of new cultural institutions and projects throughout Russia. The organization also works to promote Russian culture in the global intellectual community.