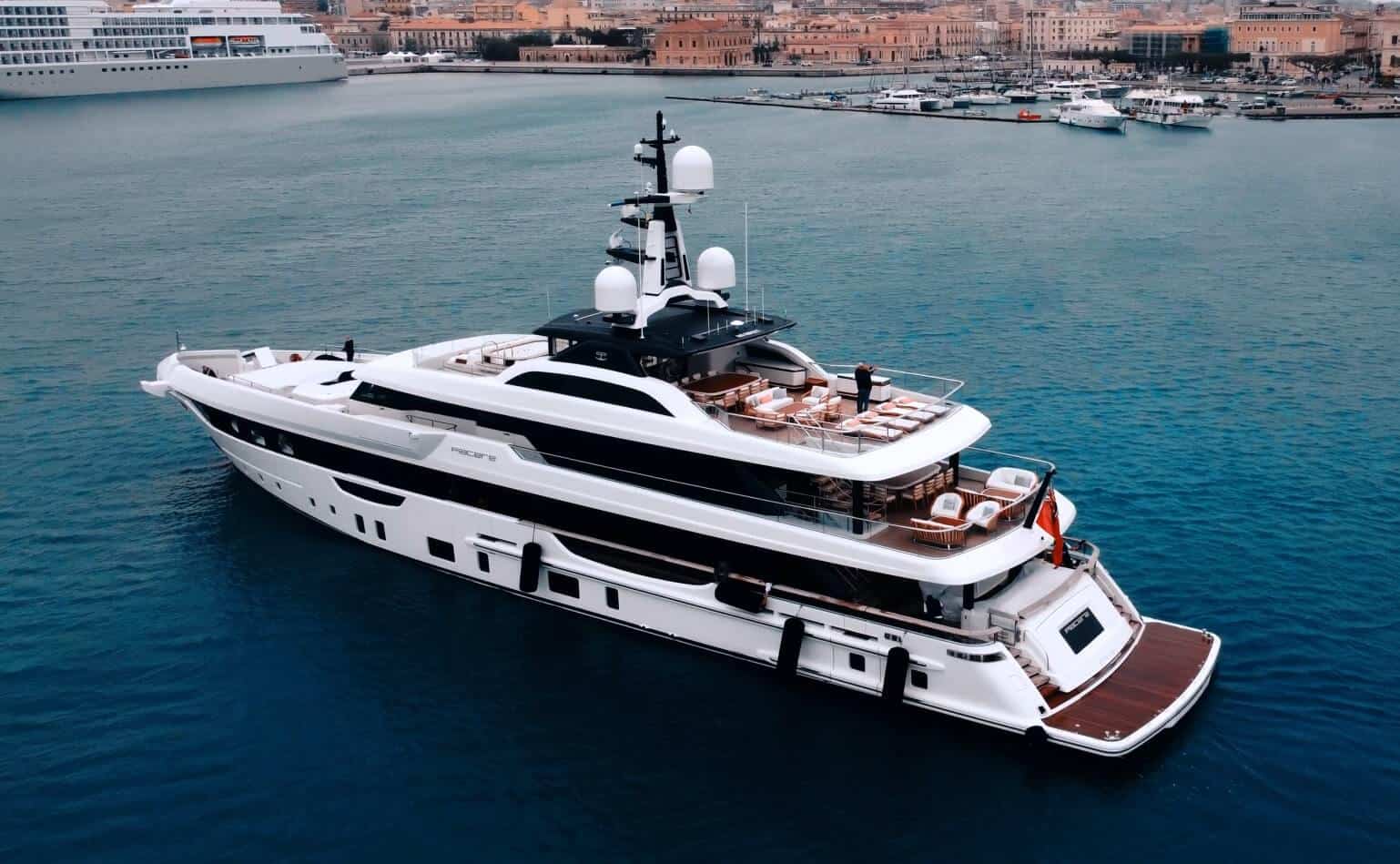 The interior of the PIACERE yacht was carefully designed by Enrico Gobbi. She was designed by using a combination of walnut with a matte finish. Throughout the vessel, there are white lacquered surfaces with marble accents to maximize feelings of spaciousness.

On board PIACERE there is room for 11 guests and 11 crew with the accommodation on the lower deck.

Other noteworthy amenities include the beach club which is in the stern of the vessel as well as a large tender garage.

Exteriorly designed by Horacio Bozzo Design, the PIACERE yacht offers optimal space for guests to relax and dine. The main aft deck is shaded by the upper deck while stairways connect the lower deck and the beach club.

PIACERE has plenty of room for lounging and sunbathing offering gorgeous panoramic views.

Similar to other superyachts PIACERE has a steel hull and an aluminum superstructure. Powered by 2 x Caterpillar engines she cruises at a speed of 12 knots while having the power to reach a maximum speed of 15 knots.

PIACERE has a range of 3,800 nautical miles and is in the top 10% LOA in the world. She sails under the Cayman Islands flag which is the second most common flag for superyachts of this magnitude.

The price of the PIACERE yacht has been kept discrete and as she was newly launched in 2021 she has never been listed for sale.

A rough estimate based on C yacht, which was launched in 2020 and is of a similar size would be between $40 – 55 million.