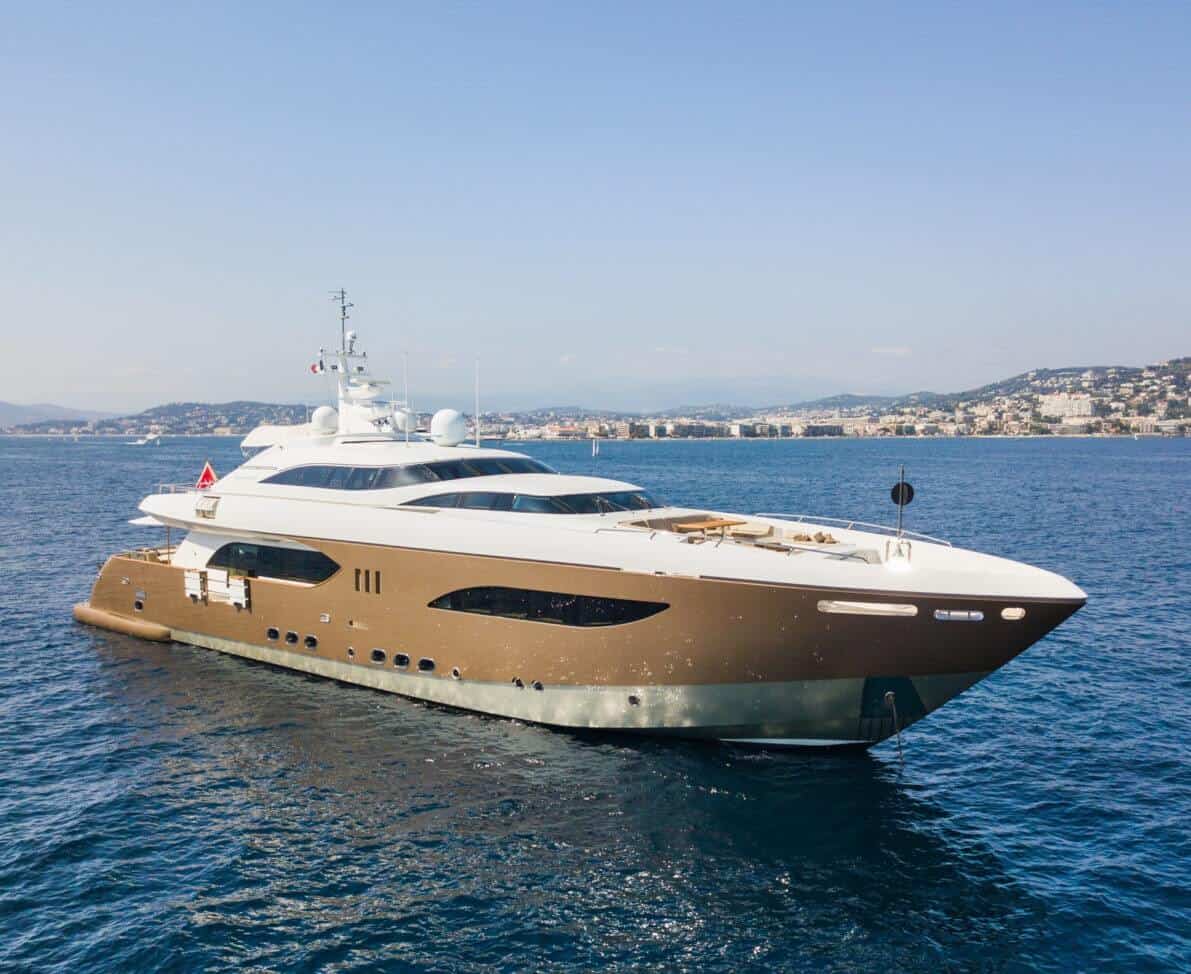 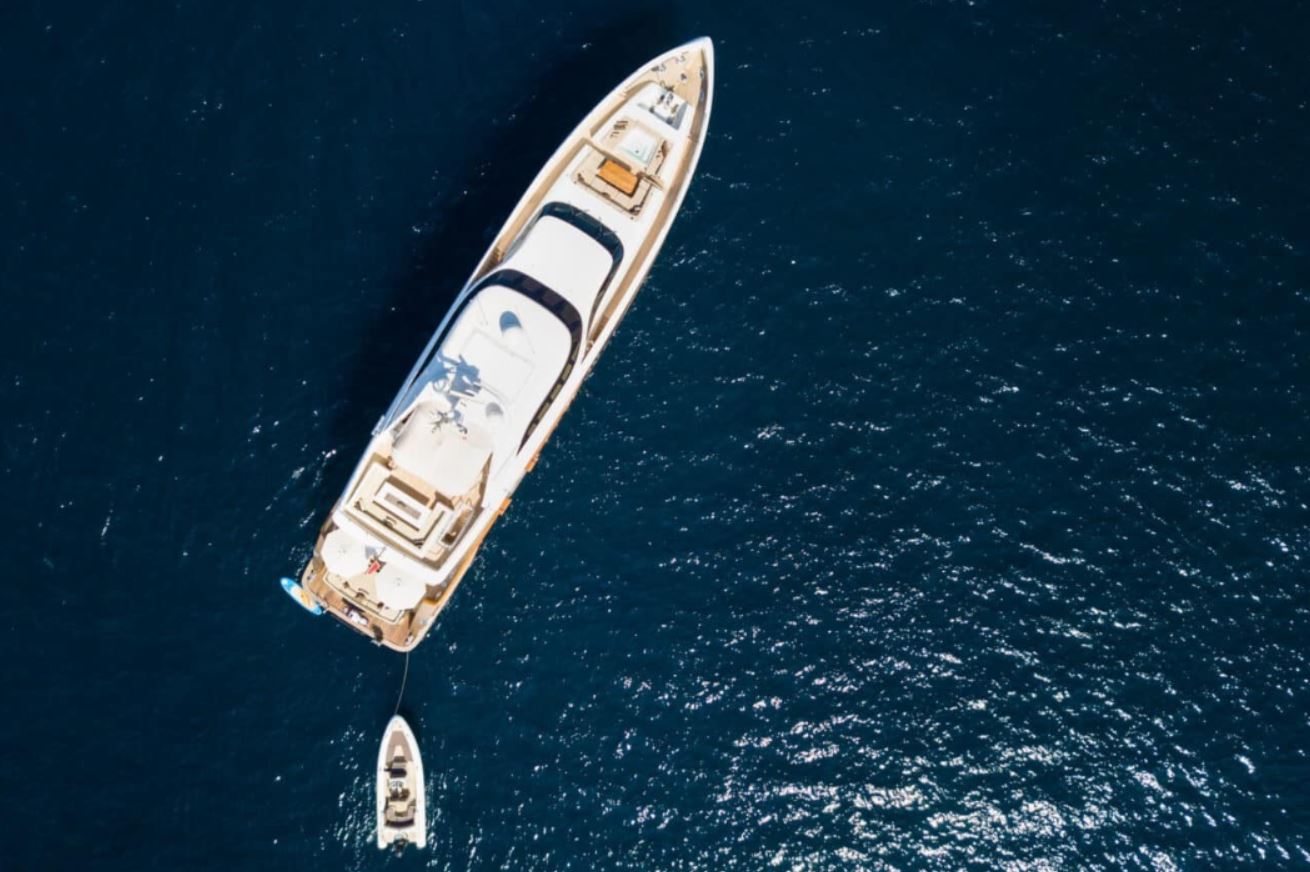 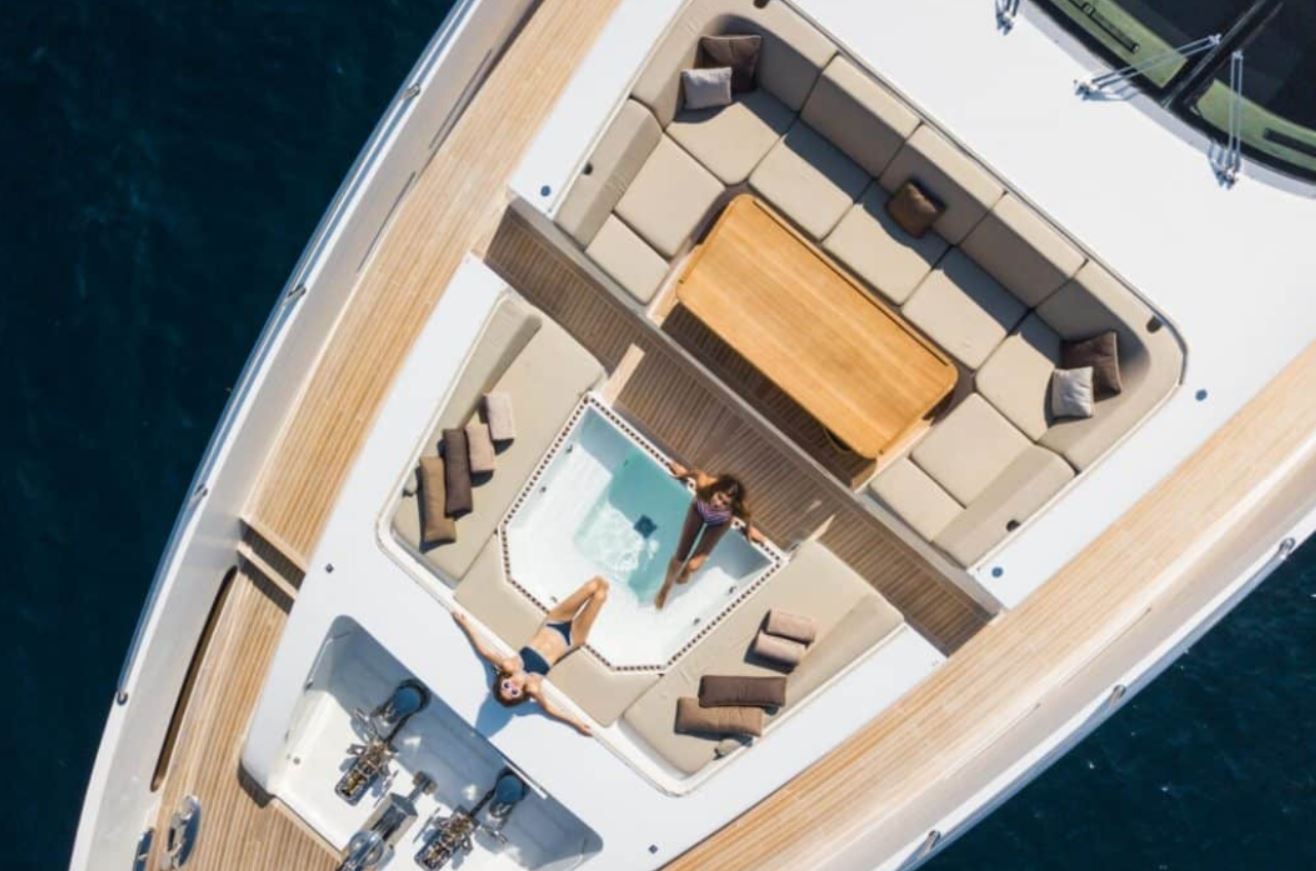 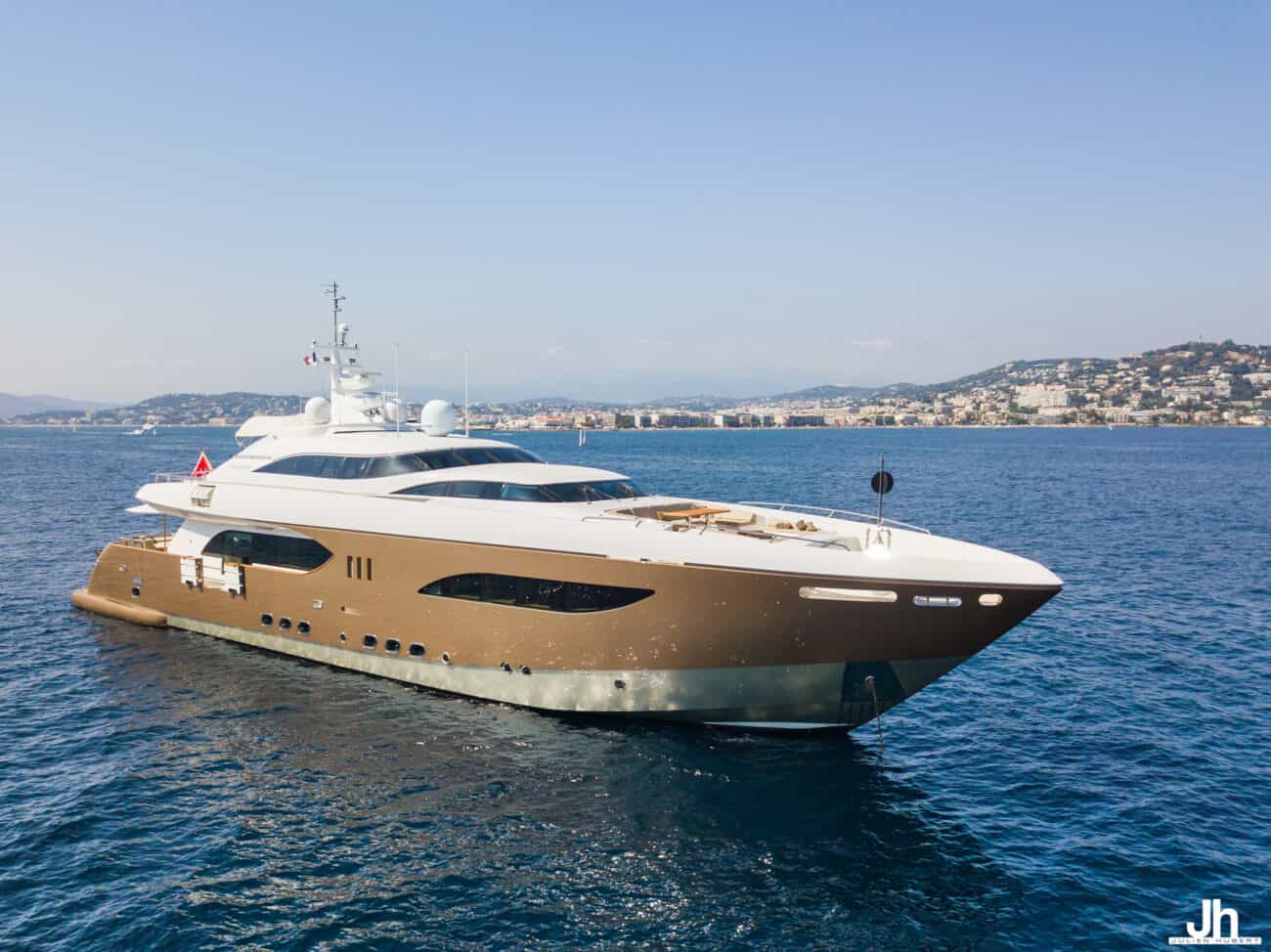 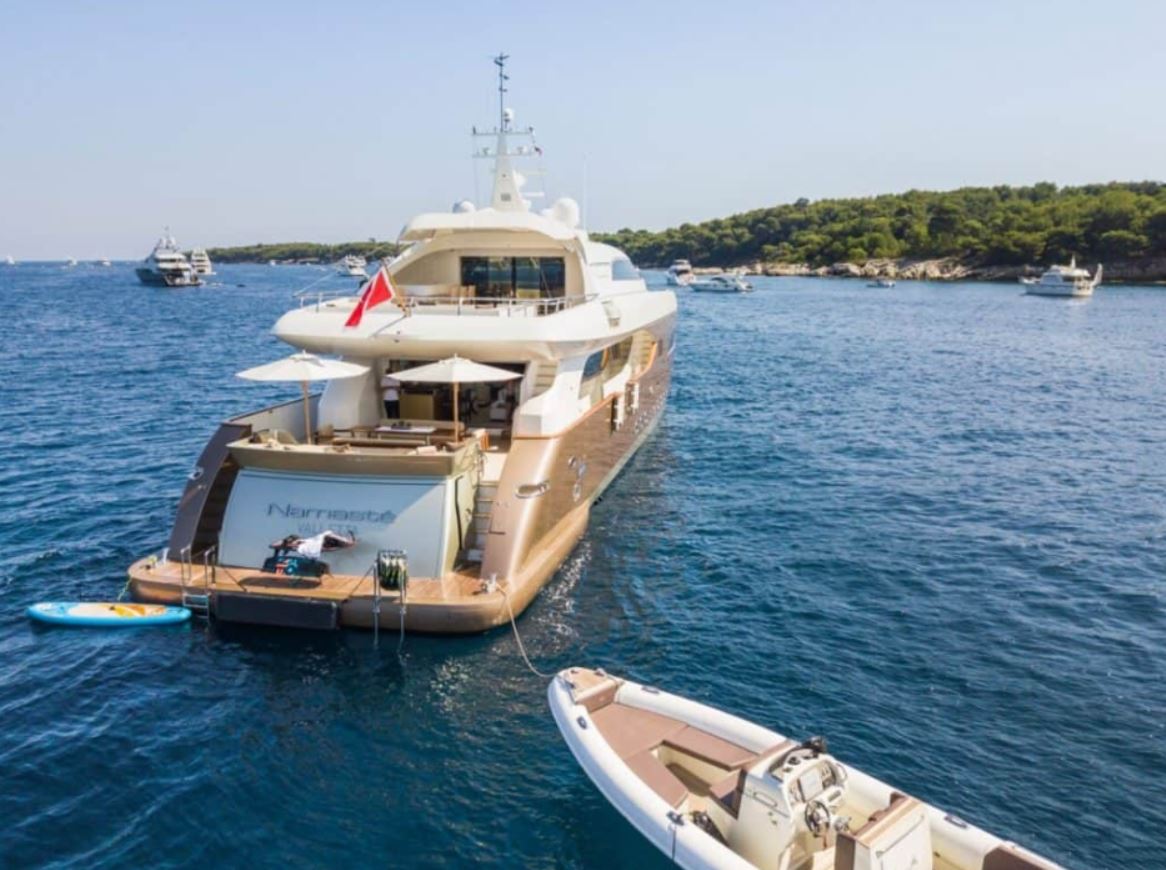 QUANTUM H yacht, ex NAMASTE 8 is a charter yacht that spans over 40 meters in length and can welcome up to 12 guests and seven qualified crew members.

She was built back in 2008 by Tamsen Yachts and was refitted eight years after her completion.

She weighs approximately 360 tons, can cruise at speeds of 14 knots, and can go up to 16 knots.

Her interior was designed by Tamsen yachts, a company based in Kampen (Sylt), Schleswig-Holstein, Germany.

They are a company founded back in 1998, making them relatively new in the yacht design industry.

Regardless, they have been involved in many superyacht interior design projects, such as the TATII yacht, a 40.5-meter charter yacht built back in 2009.

Aboard the QUANTUM H Yacht, guests can indulge themselves in the yacht’s onboard amenities such as her standard-sized jacuzzi, sun deck, another deck jacuzzi, a gym, exercise equipment, complete air conditioning, and wifi.

Guests also have access to the yacht’s onboard toys and entertainment equipment such as a Stand-up Seabob, Water-Skis, Fishing Equipment, Snorkelling Equipment, Jetsurfs, and Wake Boards.

Welcoming guests is also not a problem as she can comfortably accommodate 12 guests in her five spacious cabins with specifications of 1 Master, 3 Doubles, and 1 Twin.

And, guests can also be attended to by seven qualified crew members.

Because of how beautifully crafted QUANTUM H is, she was a finalist for The World Superyacht Awards in 2009 in the Best Semi – Semi-Displacement category for yachts over 40 meters in length.

She currently weighs approximately 360 tons, but her twin MTU engines allow this behemoth to cruise at 14 knots and can go up to a maximum speed of 16 knots.

She can carry up to 30,000 liters of fuel in her massive fuel tanks, which allow her to cover distances of over 1,200 nautical miles.

And her at-anchor stabilizers ensure that guests can relax easily even when traveling through the rough seas.

The QUANTUM H yacht is available for charter in the summer and winter seasons.