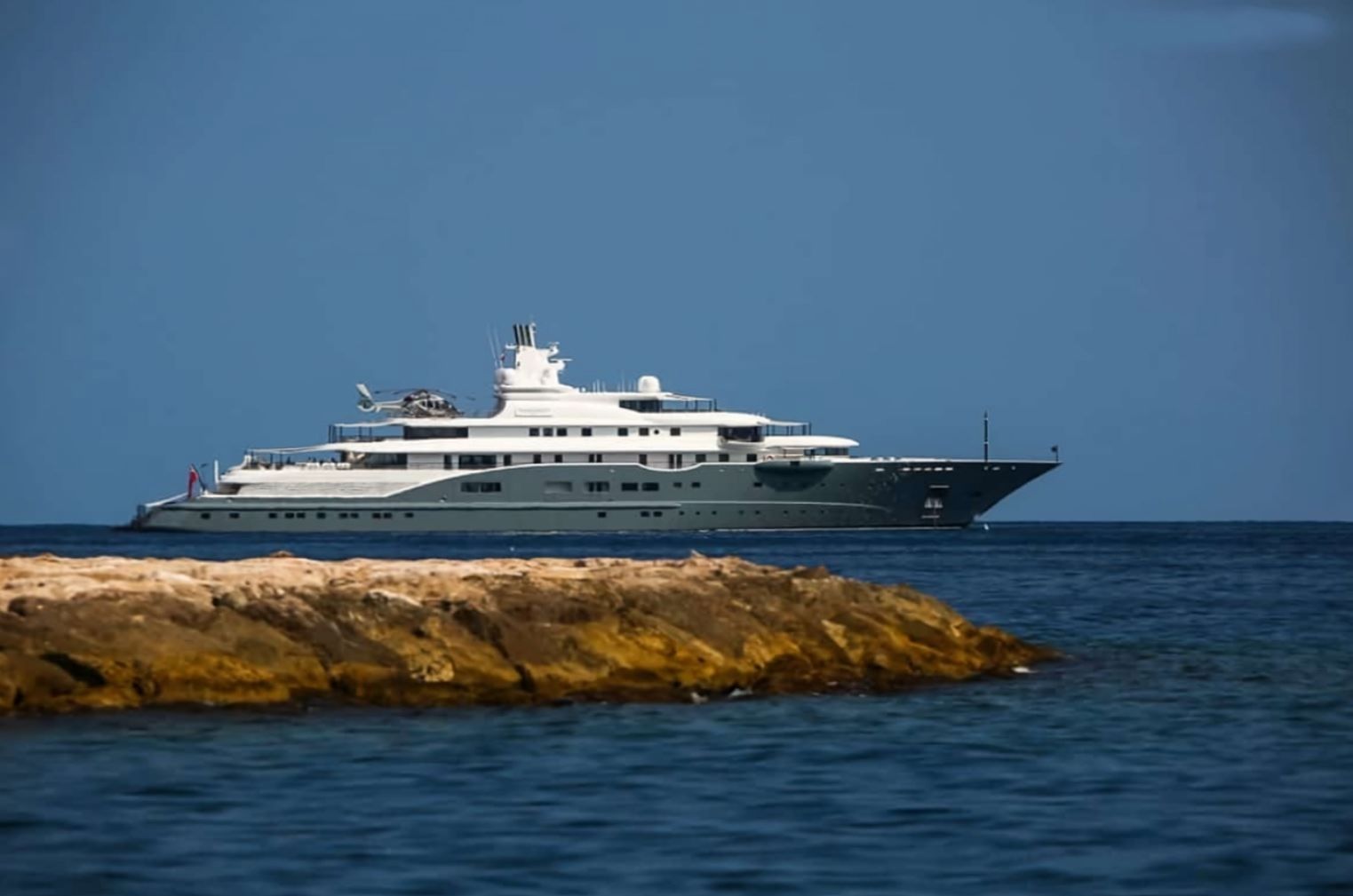 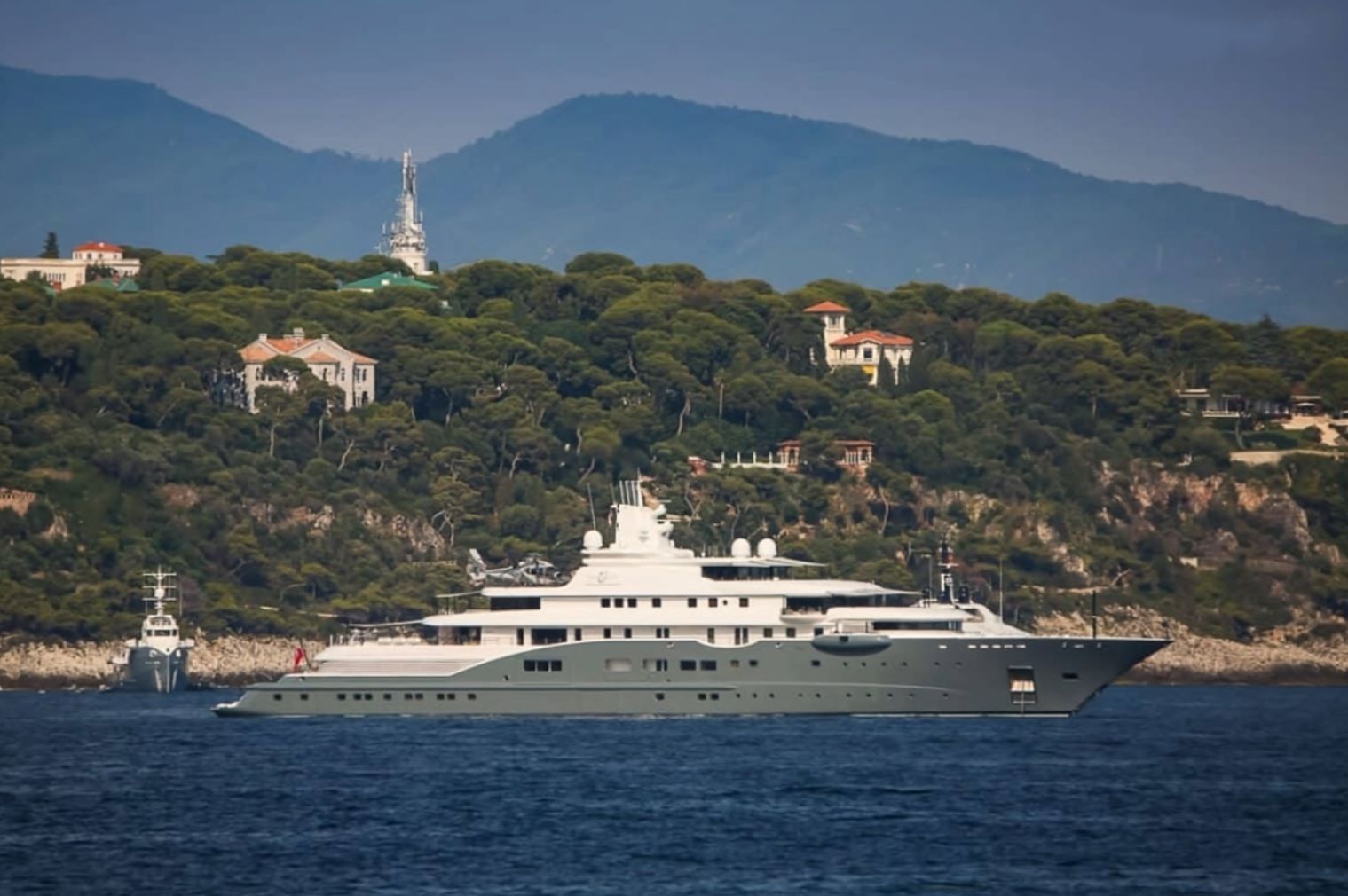 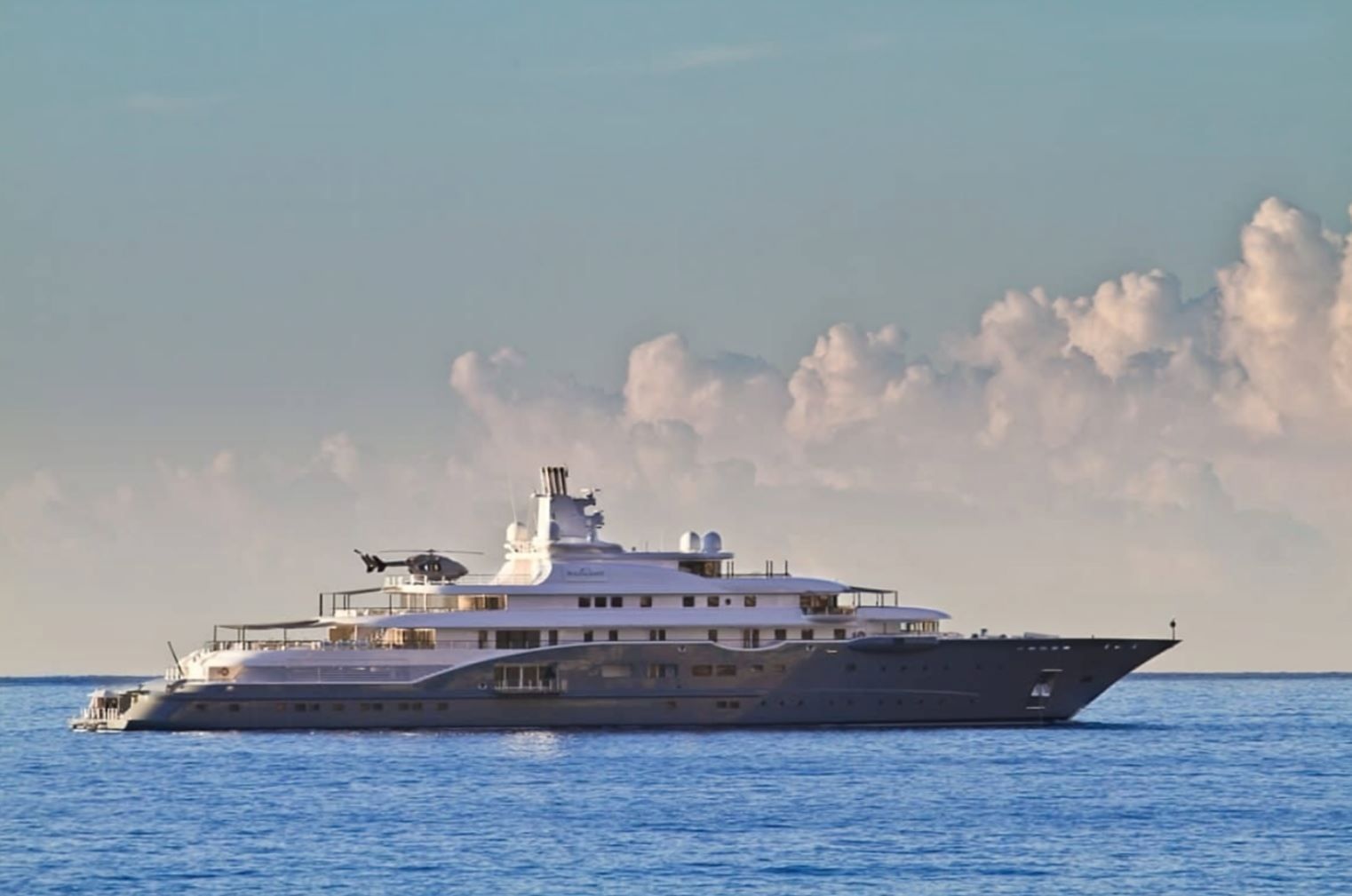 Delivered to her owner, businessman Abdulla Al Futtaim from the United Arab Emirates, in 2009, RADIANT yacht is a 110-metre (260.1 ft) luxury yacht. She is currently the 38th largest yacht in the world, closely followed by KAOS, AL RAYA and ANNA, who have the same lengths.

The interior of the RADIANT yacht was designed by Glen Pushelberg, who co-founded the high-profile studio Yabu Pushelberg. Their portfolio mainly consists of boutiques and expensive hotels, although they have worked on several luxury yachts in recent years.

The interior layout and design of RADIANT have been kept a secret from the public although it is rumoured to be very modern and tasteful with contemporary design choices rather than traditional.

The yacht can welcome twenty guests in ten cabins as well as 44 crew members. She has a cinema, an indoor pool, elevators and a spa onboard.

Her weight lies at 5,082 tons, making her a relatively heavy yacht. Her average cruising speed is 16 knots, although she can accelerate to a top speed of 22 knots if required using her twin diesel MTU engines.

Her water tanks can carry up to 100,000 litres of freshwater allowing her to take guests on longer trips.

Tim Heywood and his renowned design studio worked on the exterior of RADIANT in collaboration with Luerssen. The British designer specialises in large vessels and has worked on yachts like DILBAR and PELROUS in the past. RADIANT is one of his most notable design projects.

She has a somewhat unconventional exterior which isn’t all-white like most superyachts but features a light grey lower half. She has a helipad on the top deck, although it can only support smaller aircraft.

The bow, which is usually where a helipad would be placed on a large yacht, is instead a spacious sun deck with storage facilities for smaller tenders and water toys such as jet skis. The aft of the vessel has several decks with comfortable seating areas.

The RADIANT yacht was sold to her owner Abdulla Al Futtaim for an estimated price of US $300 million. She generates an additional US $20 to 30 million in annual running costs.

The owner of the RADIANT yacht is Abdulla Al Futtaim, a businessman and conglomerate from the United Arab Emirates. He is part of the Al Futtaim Group, which has partial ownership in more than 65 companies.

Al Futtaim Motors is one of the most prominent parts of the business and a significant source of income for the billionaire. His estimated net worth lies at US $2 billion. The Futtaim family previously owned a 52-metre (170.6 ft) yacht called AMELS RADIANT that has since been sold and renamed LIGHTNING.

Al Futtaim is 81 years old and has passed on most of his business affairs to his son Omar.