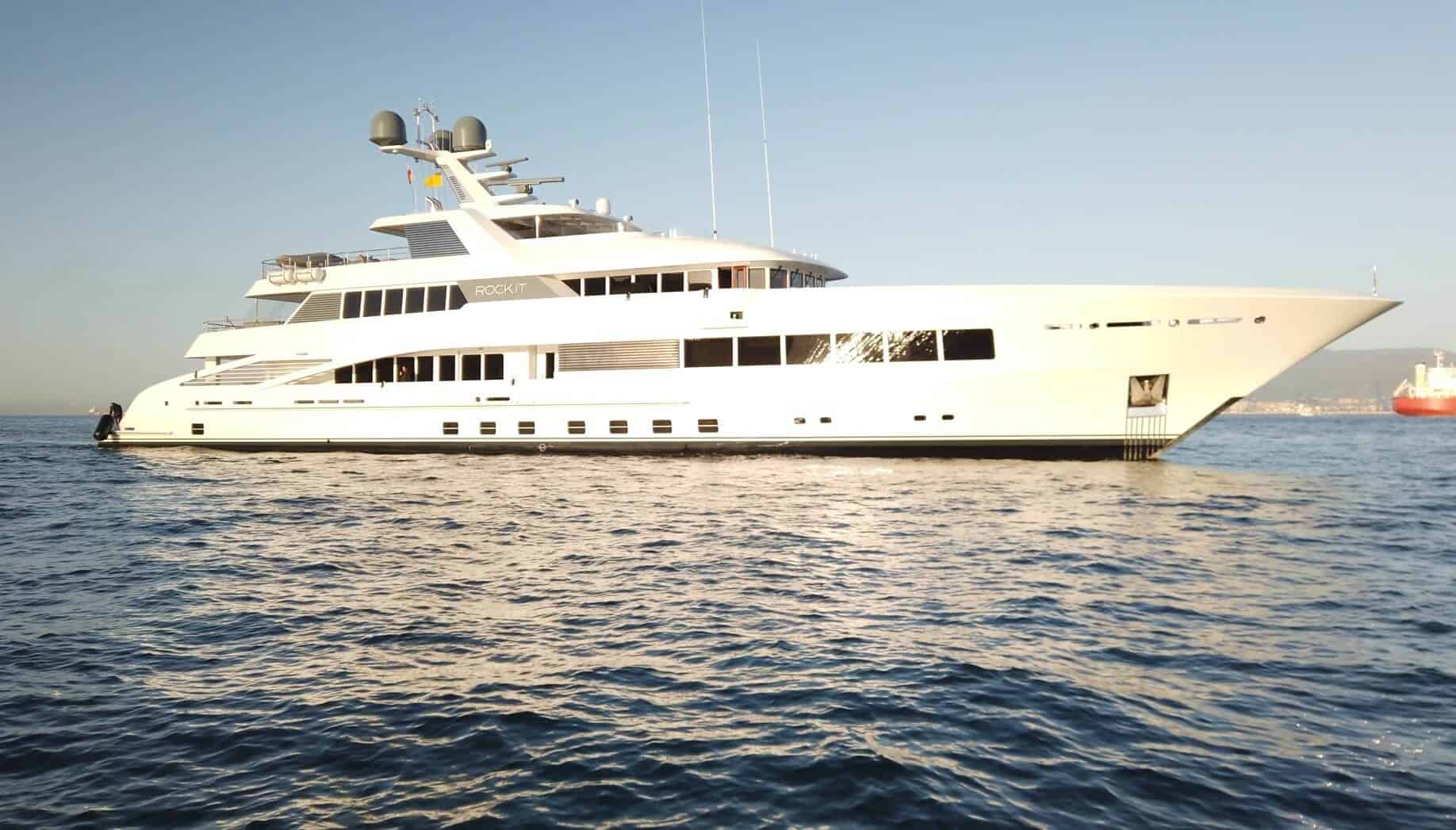 The ROCK.IT yacht was launched by Feadship in 2014 and measures an impressive 60.35 meters. Dutch design company Sinot Exclusive was responsible for both the interior and exterior design of this magnificent vessel.

The ROCK.IT yacht was interiorly designed by Sinot Yacht Design to comfortably accommodate 10 guests and 13 crew members. She has four staterooms in addition to the owner’s luxurious stateroom.

Measuring an impressive 60.35 meters, the ROCK.IT yacht has a beam of 10.8 meters as well as a draught of 3.3 meters. It has a steel hull with an aluminum superstructure.

The exterior is laid with stunning teak decks that perfectly contrast the standard yacht’s white color with the black windows further adding to the aesthetics.

ROCK.IT has three bars and multiple outdoor spaces for lounging. She has a gorgeous sun deck and a jacuzzi.

As of 2022 ROCK.IT was listed for sale at an asking price of $US 68,500,000. Based on this valuation it is estimated that the annual running cost is between 4 and 6 million dollars per year.