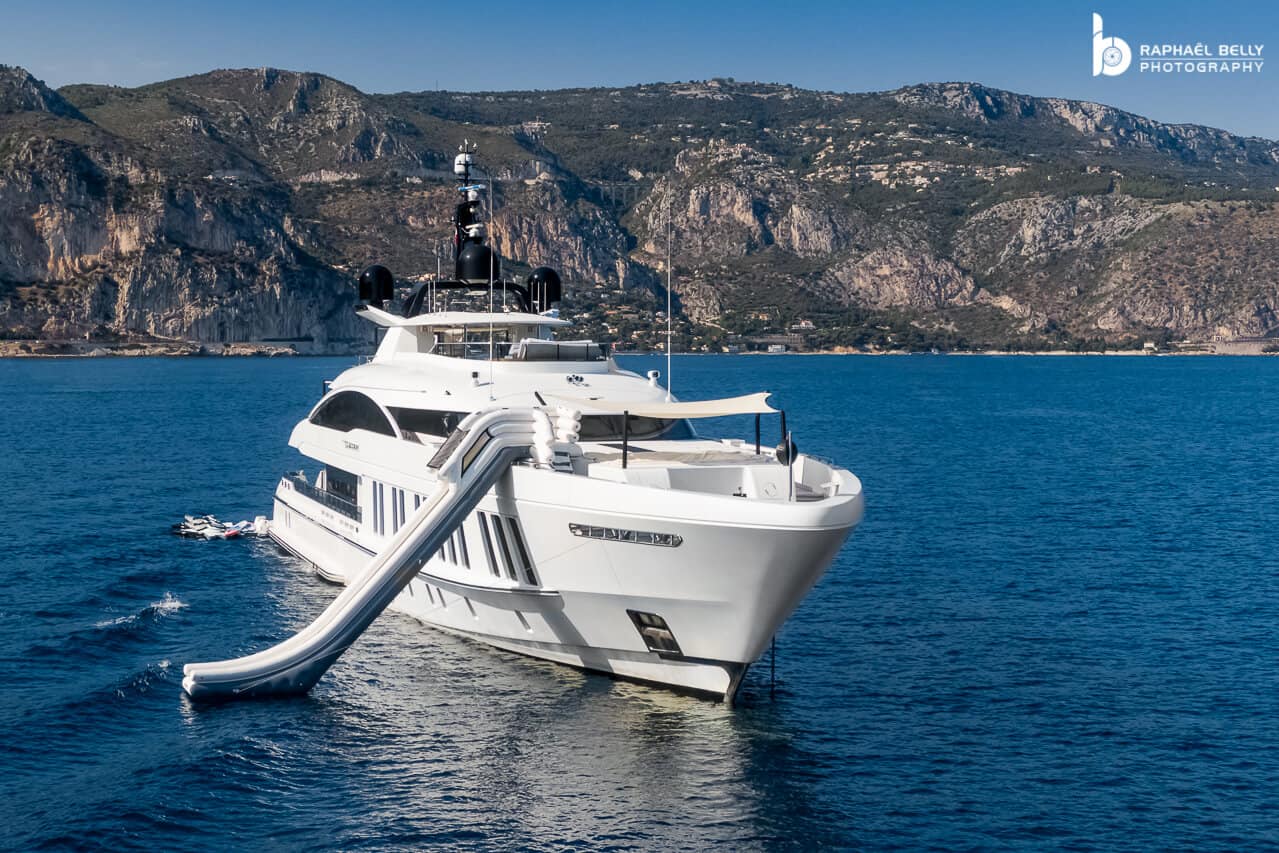 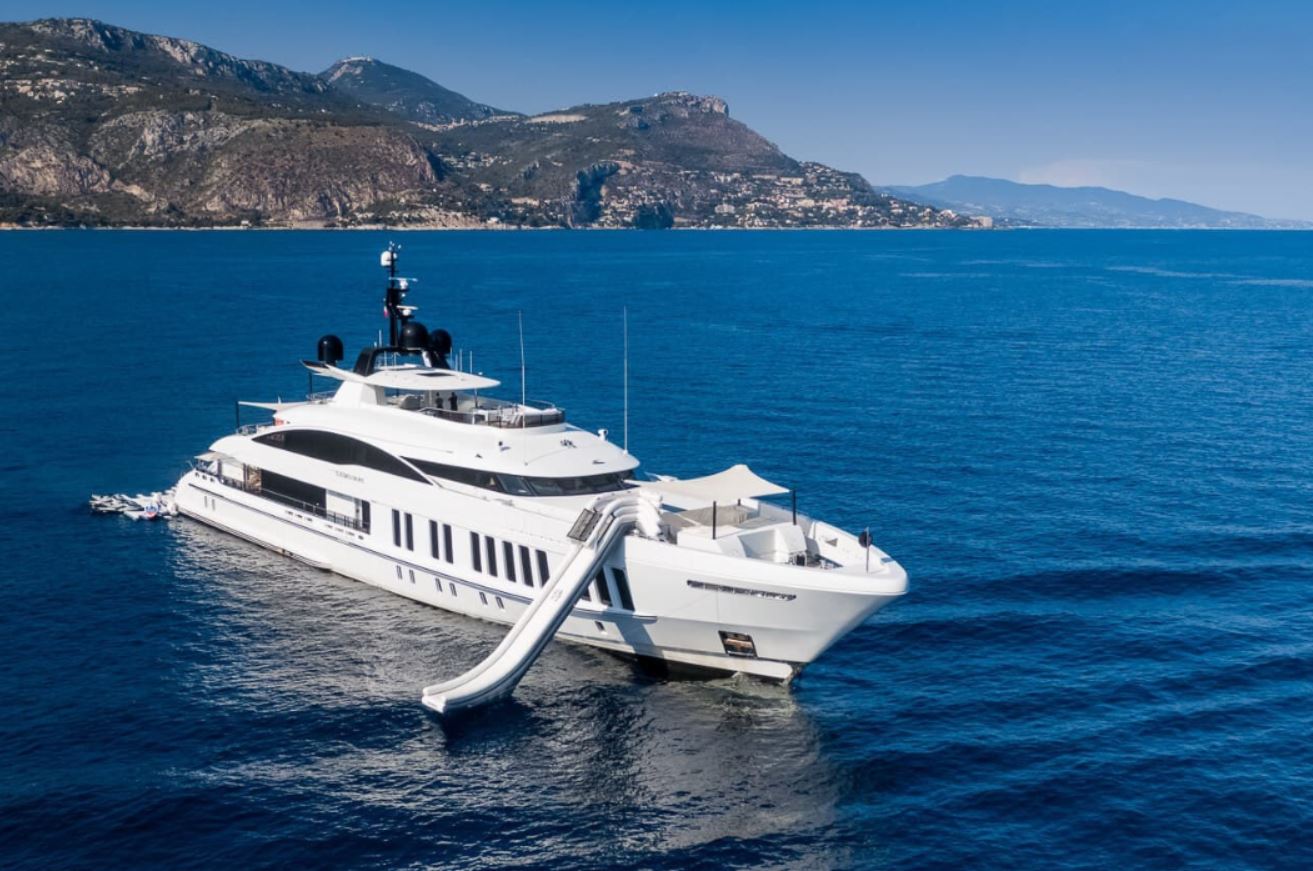 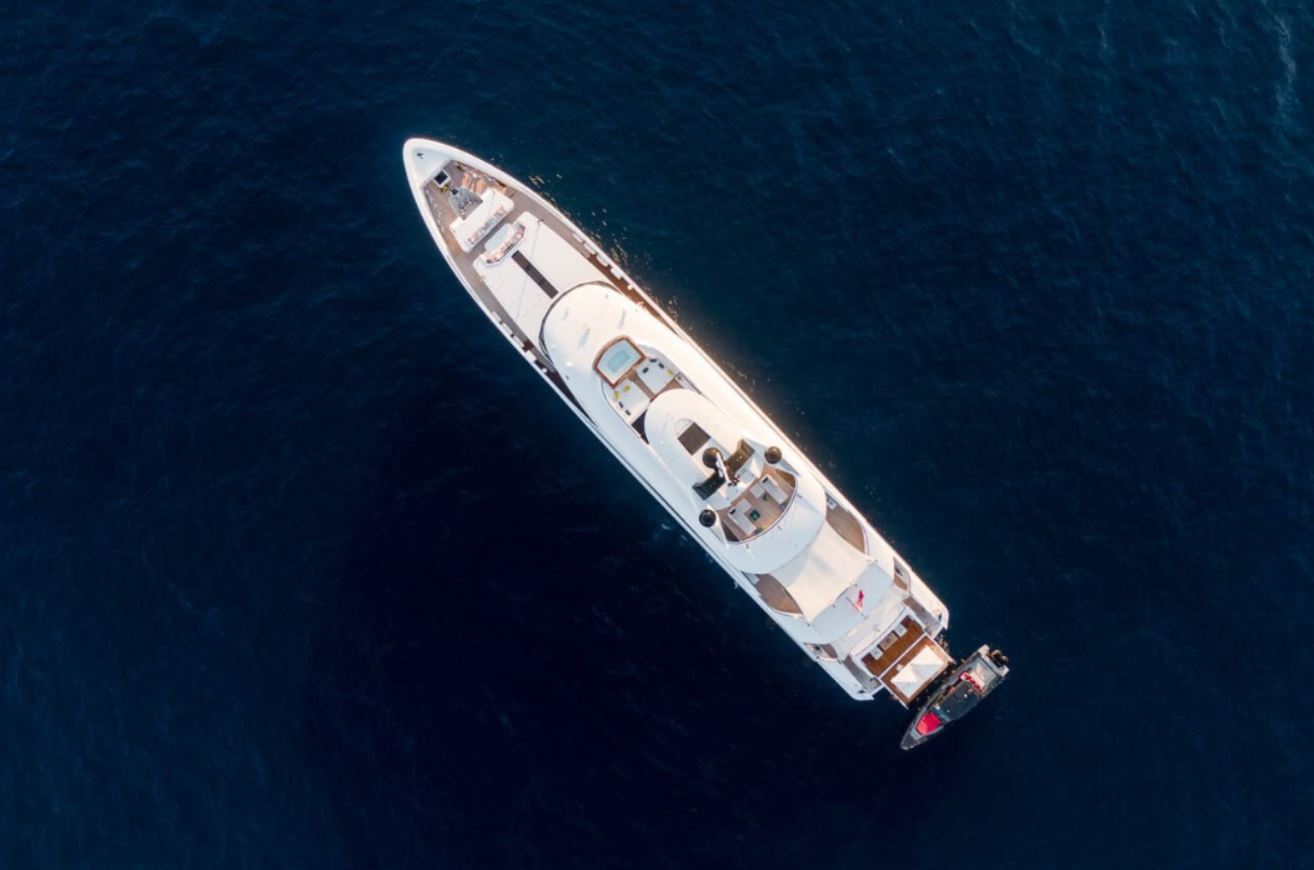 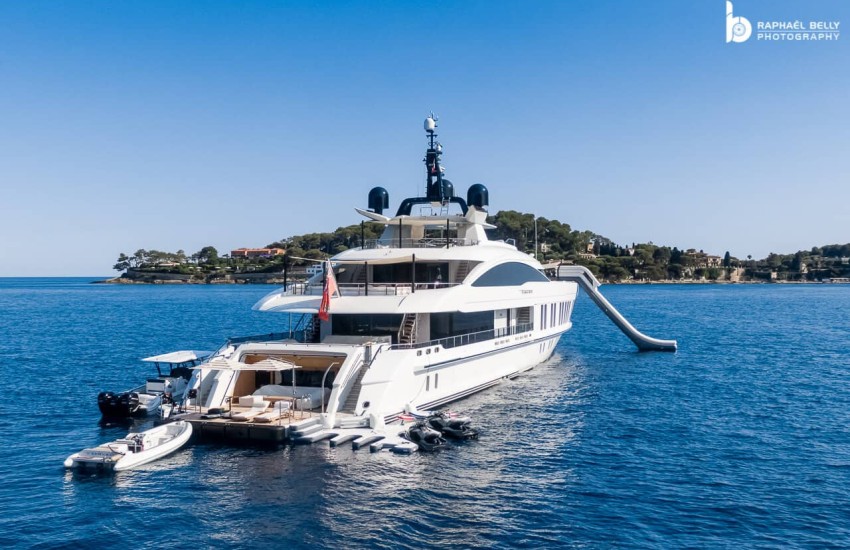 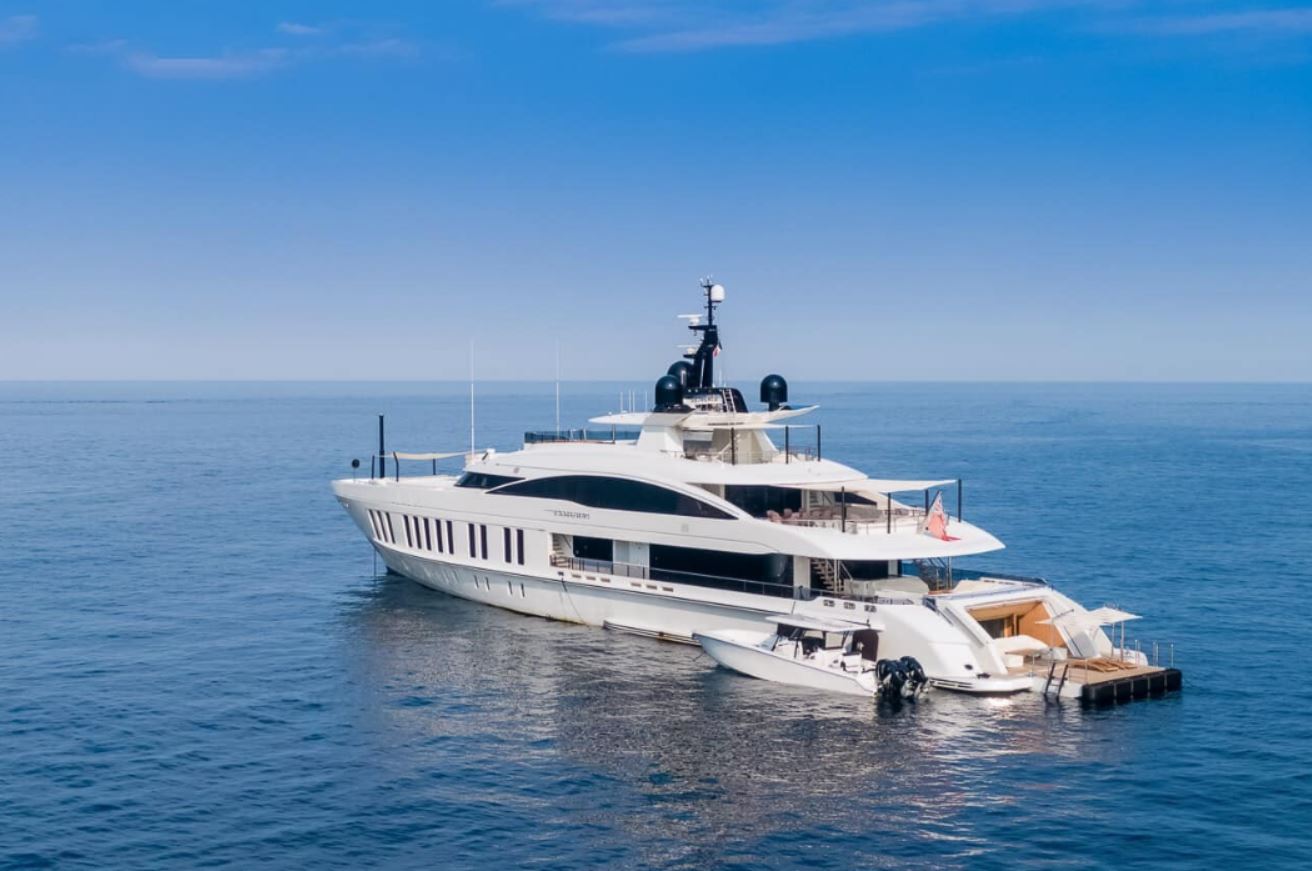 The SAMURAI yacht was built in 2016 by the Turkish shipyard Alia Yacht and delivered later that same year.

She is the largest yacht built by Alia, and was nominated by The ShowBoats Design Awards for Best Naval Architecture in 2017.

An exotic Asian-inspired décor and a creative combination of neutral and bold shades of color are what decorates the inside of the vessel.

SAMURAI features a stylish and artistic interior that can be seen throughout the yacht, especially in the main saloon, which is wrapped in panoramic windows to enjoy the view.

She accommodates 12 guests in six beautiful cabins, comprising a master suite and four guest cabins located on the main deck, and one guest cabin on the bridge deck.

The owner’s suite features a lounge area and architectural skylight. She can also carry 15 crew members on board.

The SAMURAI yacht includes some special features to make the experience on the superyacht even more enjoyable, like a jacuzzi, foredeck seating with a table, air conditioning, a beach club, and a very well-equipped gym.

She also has a Portuguese bridge, a sheltered sun deck, a wet bar, and a barbecue.

The vessel’s beautifully clean and horizontal lines give this superyacht a modern and bold aesthetic.

She has an aluminum superstructure and a steel hull, the latter was built with the Fast Displacement Hull Form, developed by Van Oossanen Naval Architects.

The SAMURAI yacht is available for charter and her main cruising regions are the Mediterranean and the Caribbean, in places like France, Italy, Monaco, and the Bahamas.

However, she offers some hot spots such as Amalfi Coast, Corsica, French Riviera and Sardinia.