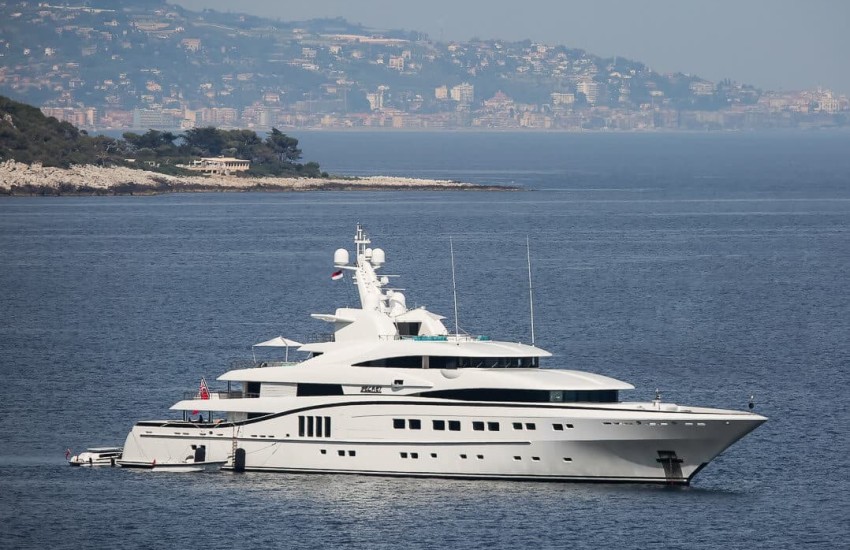 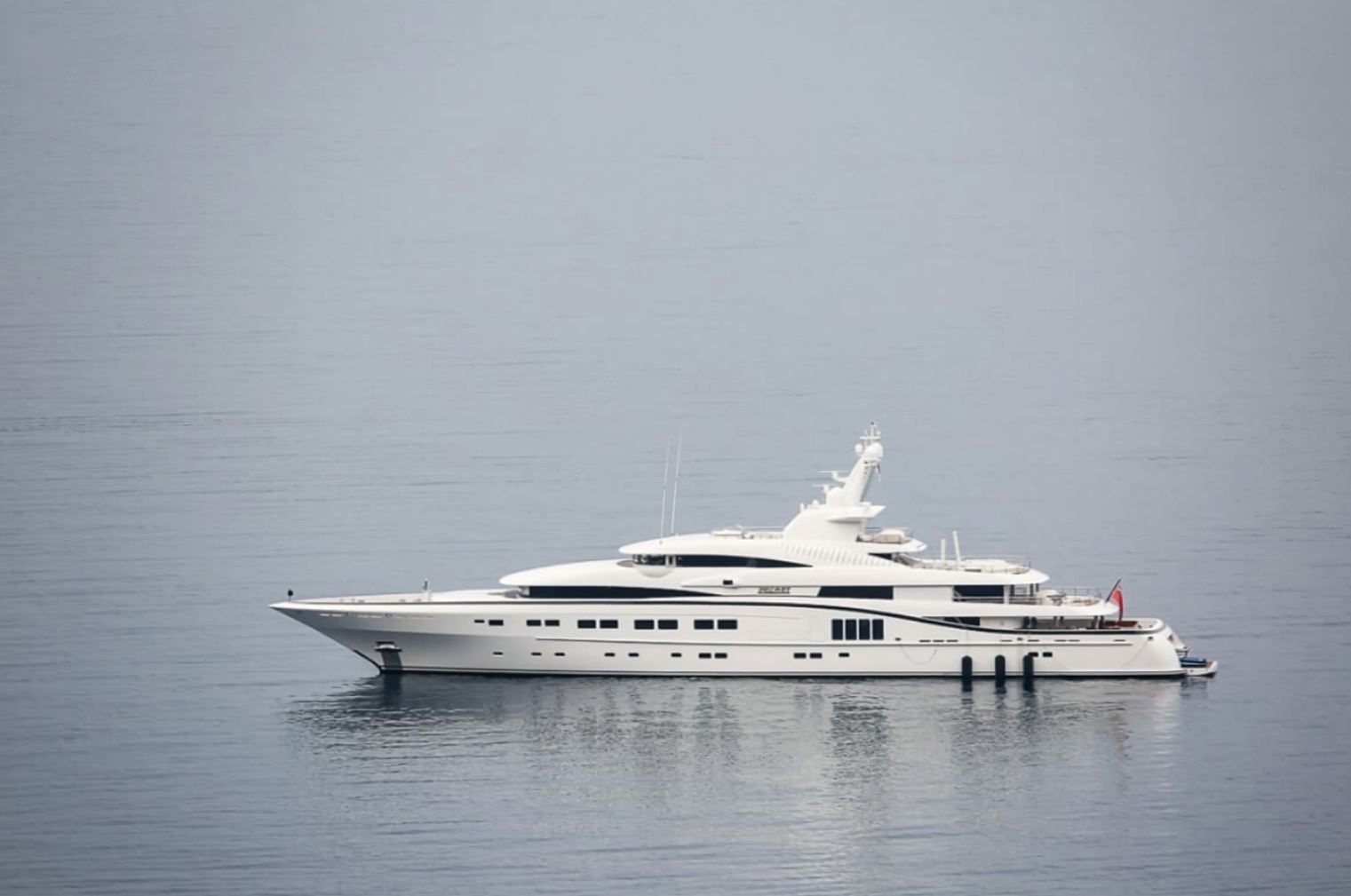 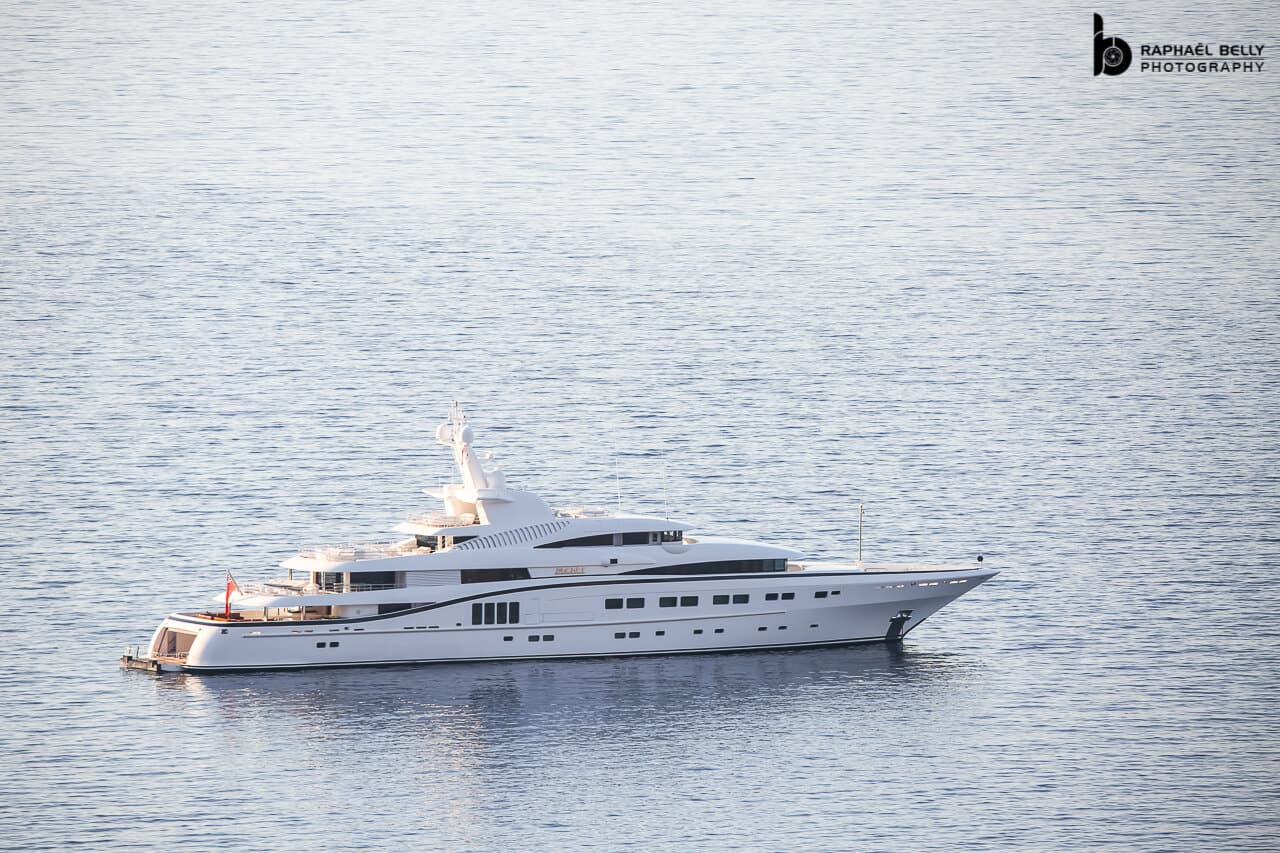 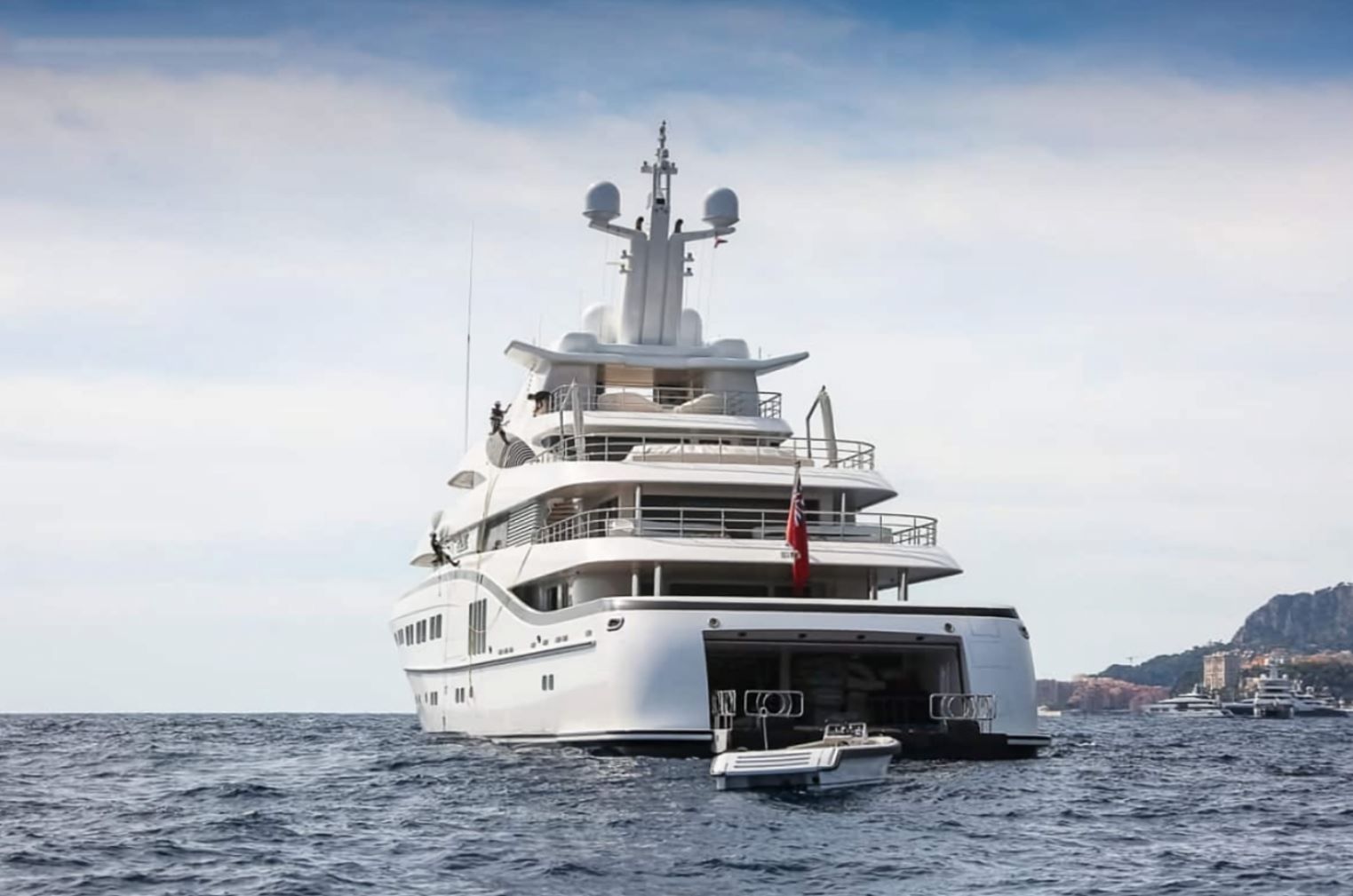 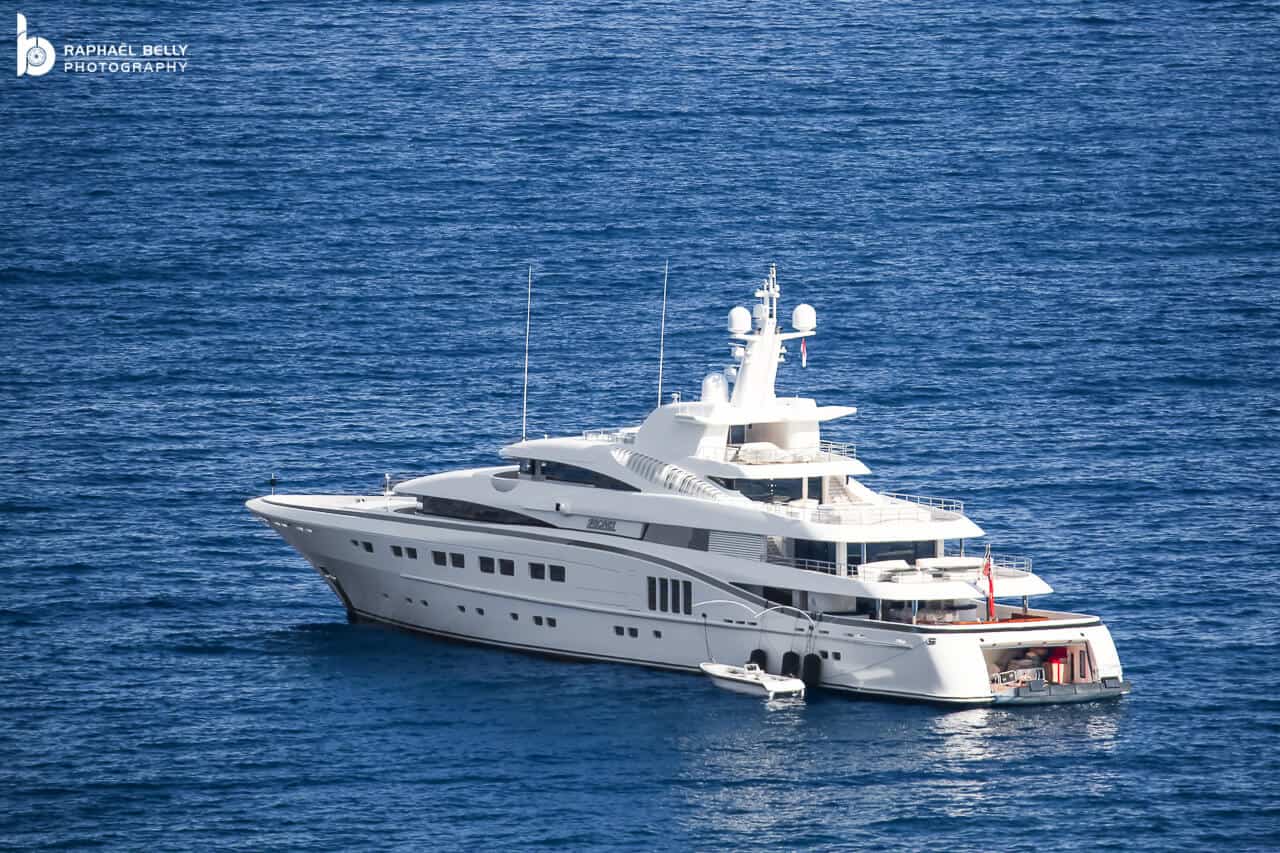 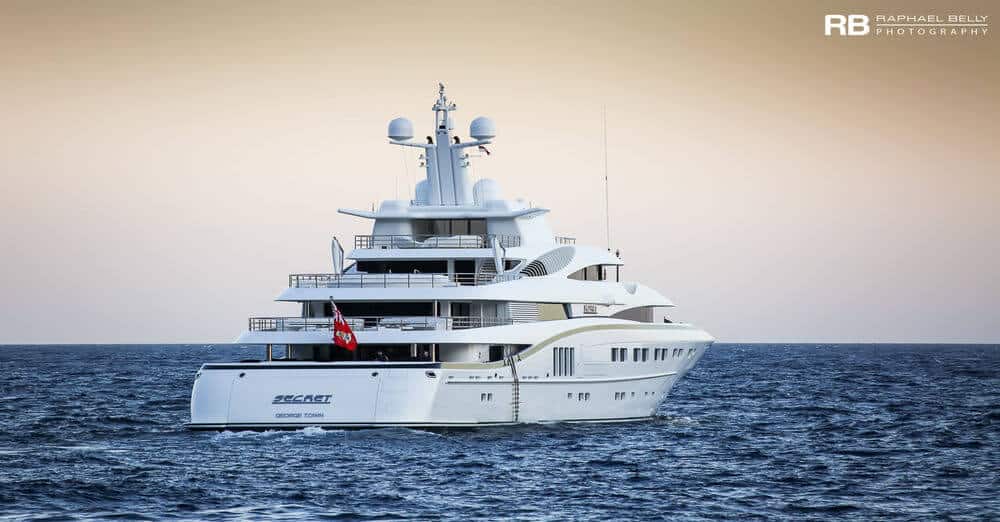 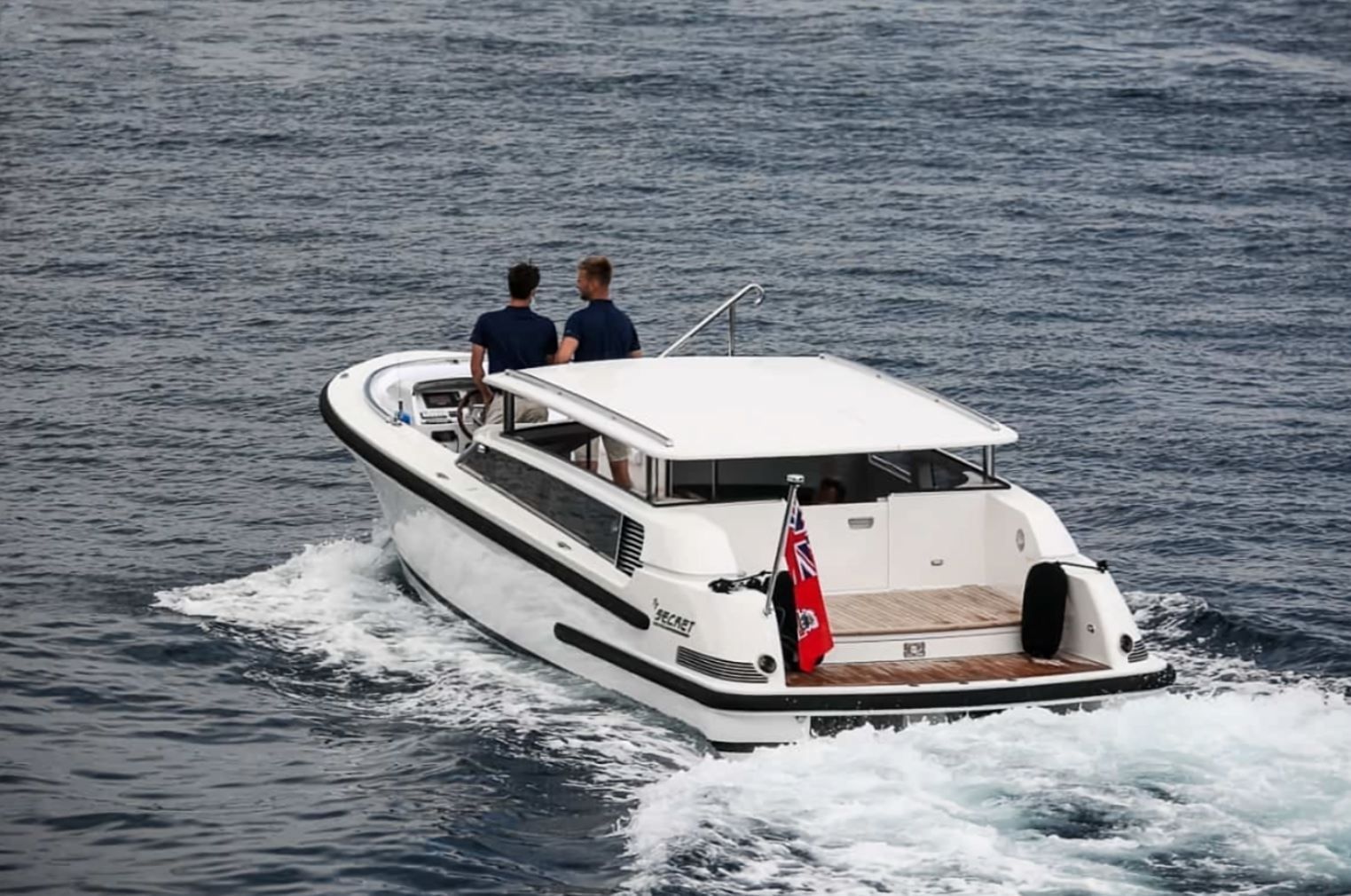 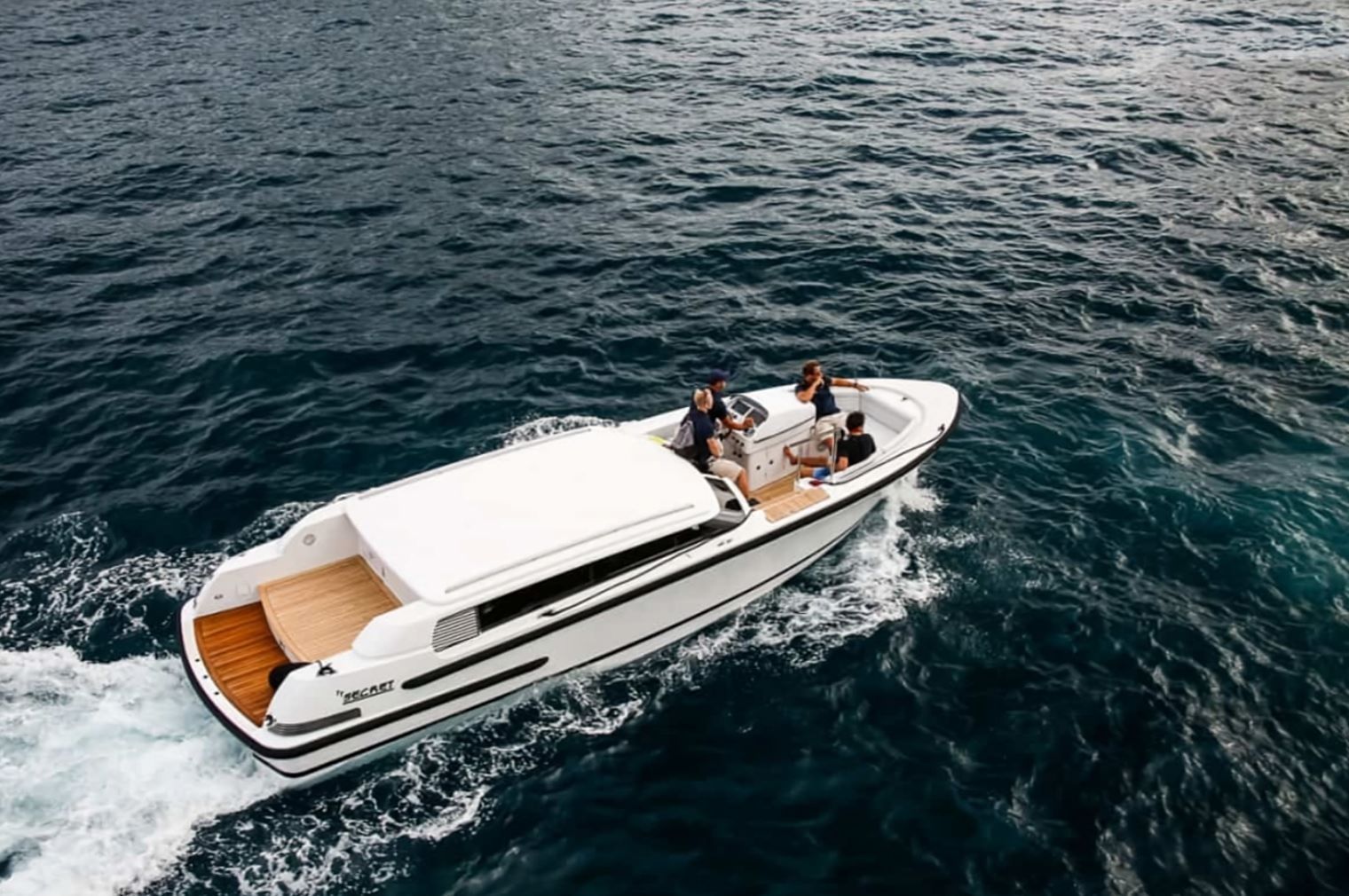 The SECRET yacht is Nancy Walton Laurie’s $100 million superyacht. Walton Laurie is an experienced yacht owner and an heir to the Walmart fortune.

The SECRET yacht interior was designed by J.W HARRIS INC and built by Abeking & Rasmussen in 2013. The luxury designer Sam Sorgiovanni penned the exterior design of the lavish yacht.

The interior styling of the SECRET yacht is executed by Jim Harris from J.W HARRIS INC. The yacht offers luxury spaces for guests to enjoy throughout the vessel. She has accommodation for 12 guests in 1 master suite, 1 VIP suite, four doubles, and one triple suite.

The SECRET has a capacity for 23 highly trained crew. The yacht has an elevator that makes getting between the five decks of the vessel accessible and a state-of-the-art movie theatre for guests to enjoy.

Guests can enjoy a fully equipped gym on the bridge deck and a massage room on the main deck. The deck spaces are versatile and can be used for several activities to enjoy while sailing.

There is an impressive tender garage, and scuba diving equipment is on board. The yacht is capable of global cruising and ensures the most luxurious experience while onboard the SECRET.

The exterior of the SECRET yacht was designed by Sam Sorgiovanni, an exclusive luxury designer based in Australia. Her naval architecture was penned by Abeking & Rasmussen and delivered from their shipyard in 2013.

The exterior has sleek lines, with a steel hull and an aluminum superstructure. The SECRET also features an impressive underwater light display when night falls. The $110 million superyacht has an annual $10 – $15 million annual running cost.

Her maximum speed is 16.5 knots, with a range of 5000 nautical miles. SECRET has a Lloyd’s Classification and was last refitted in 2021.

Nancy Walton Laurie is the owner of the SECRET. She is an heir to the Walmart fortune. Walton Laurie inherited her fortune from her stake in the company that her father Bud Walton and her brother developed.

When Bud died in 1995, she became a billionaire from the stock that she inherited in Walmart. According to Forbes, Walton Laurie has a net worth of $7.8 billion. She is also the owner of the KAOS yacht, an Oceanco yacht previously named Jubilee. Walton Laurie listed SECRET for sale in 2019.