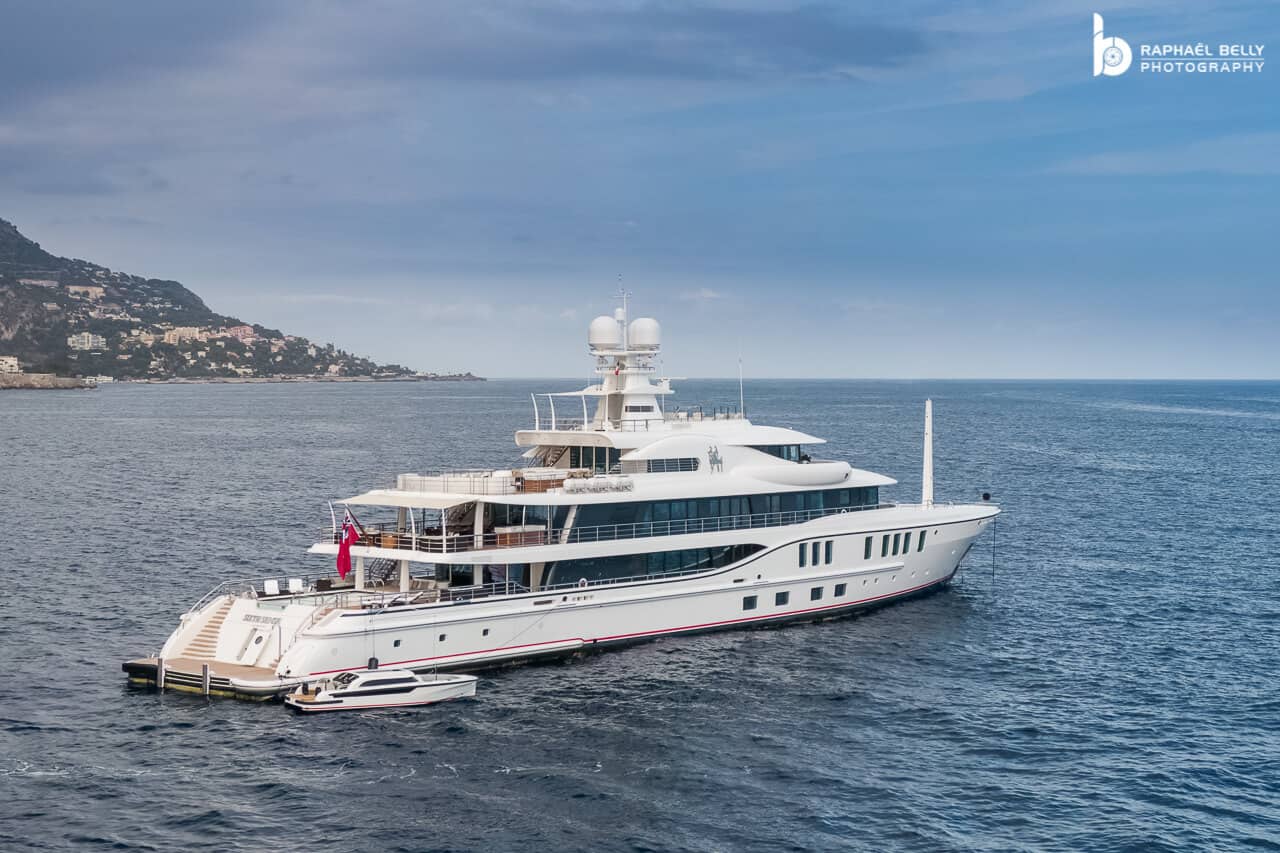 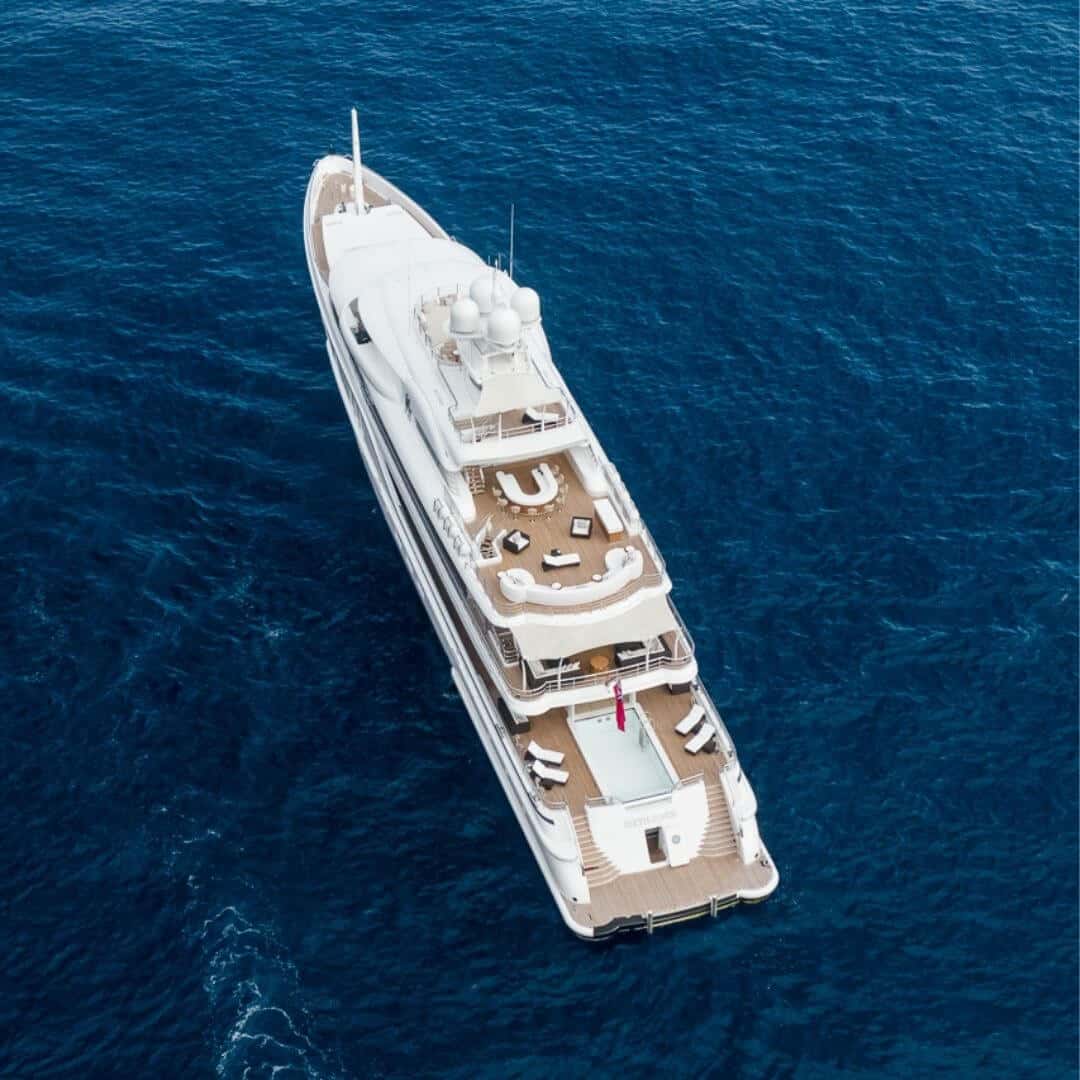 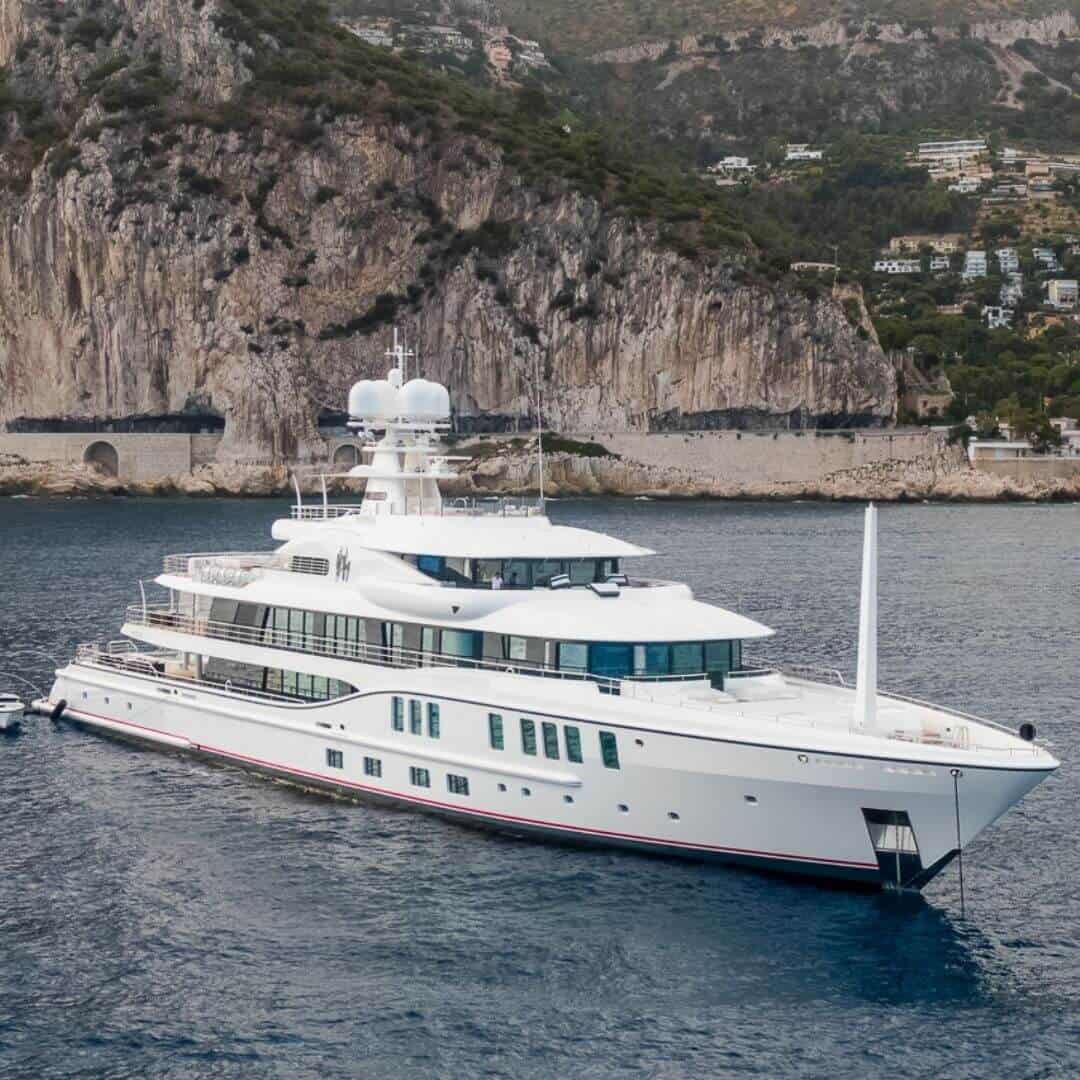 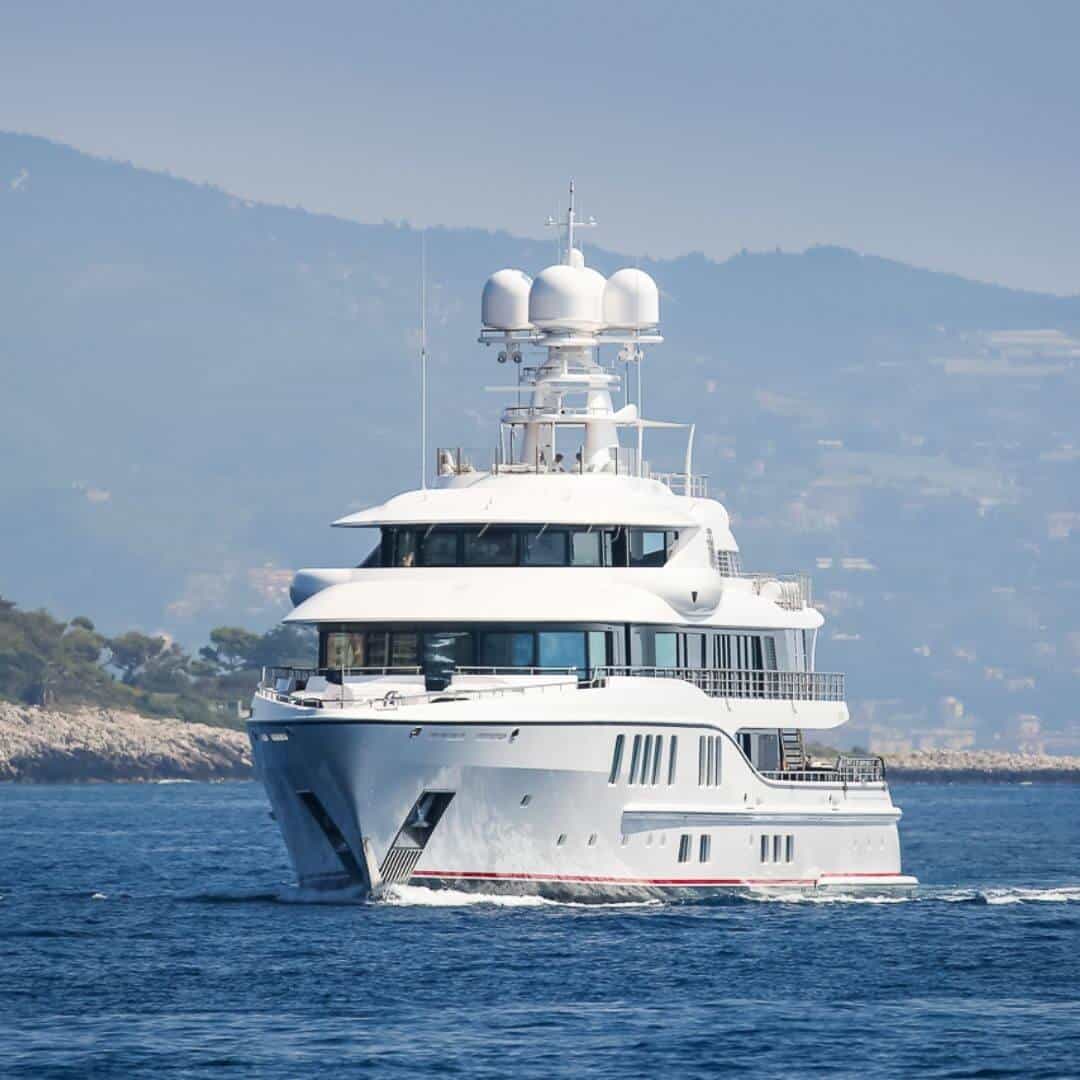 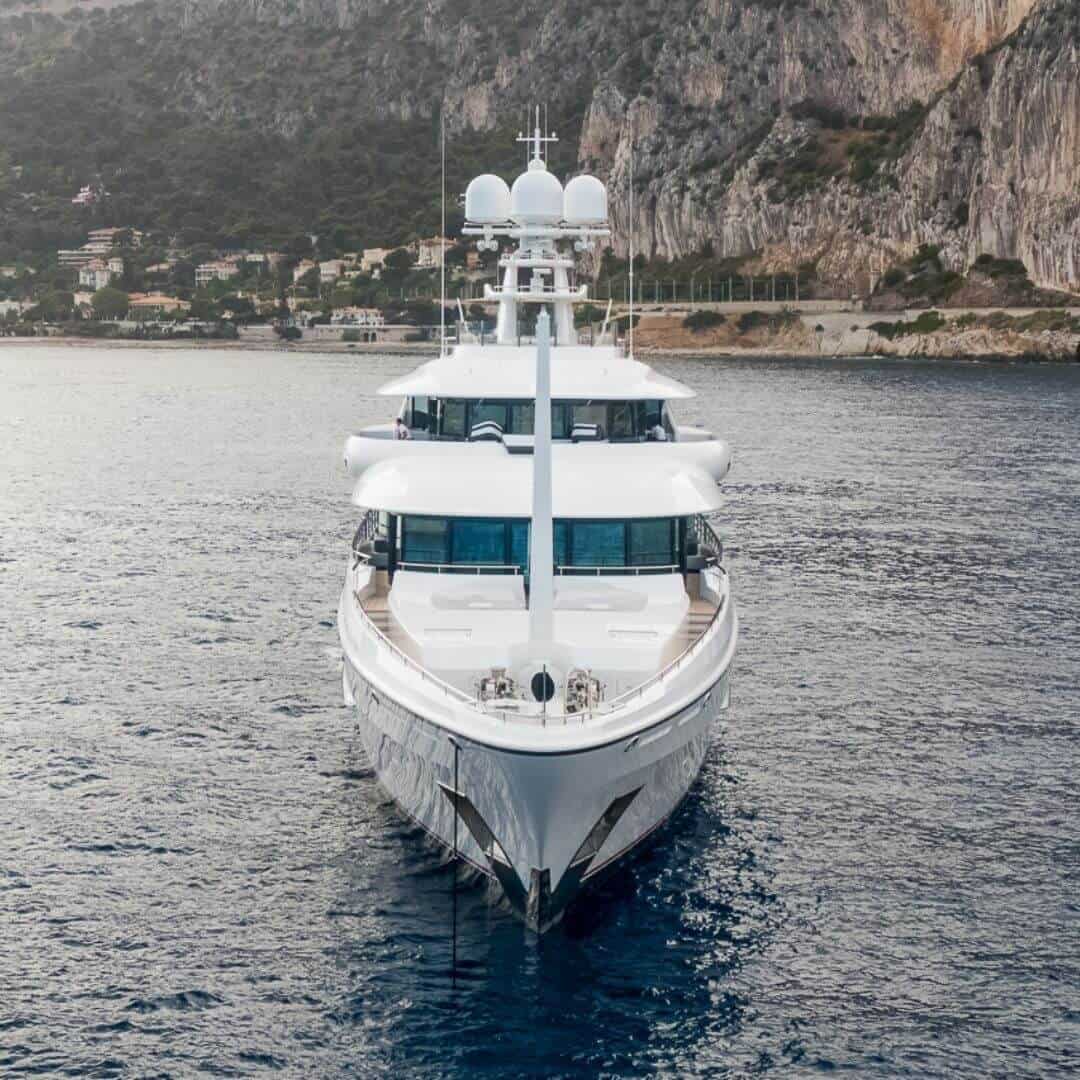 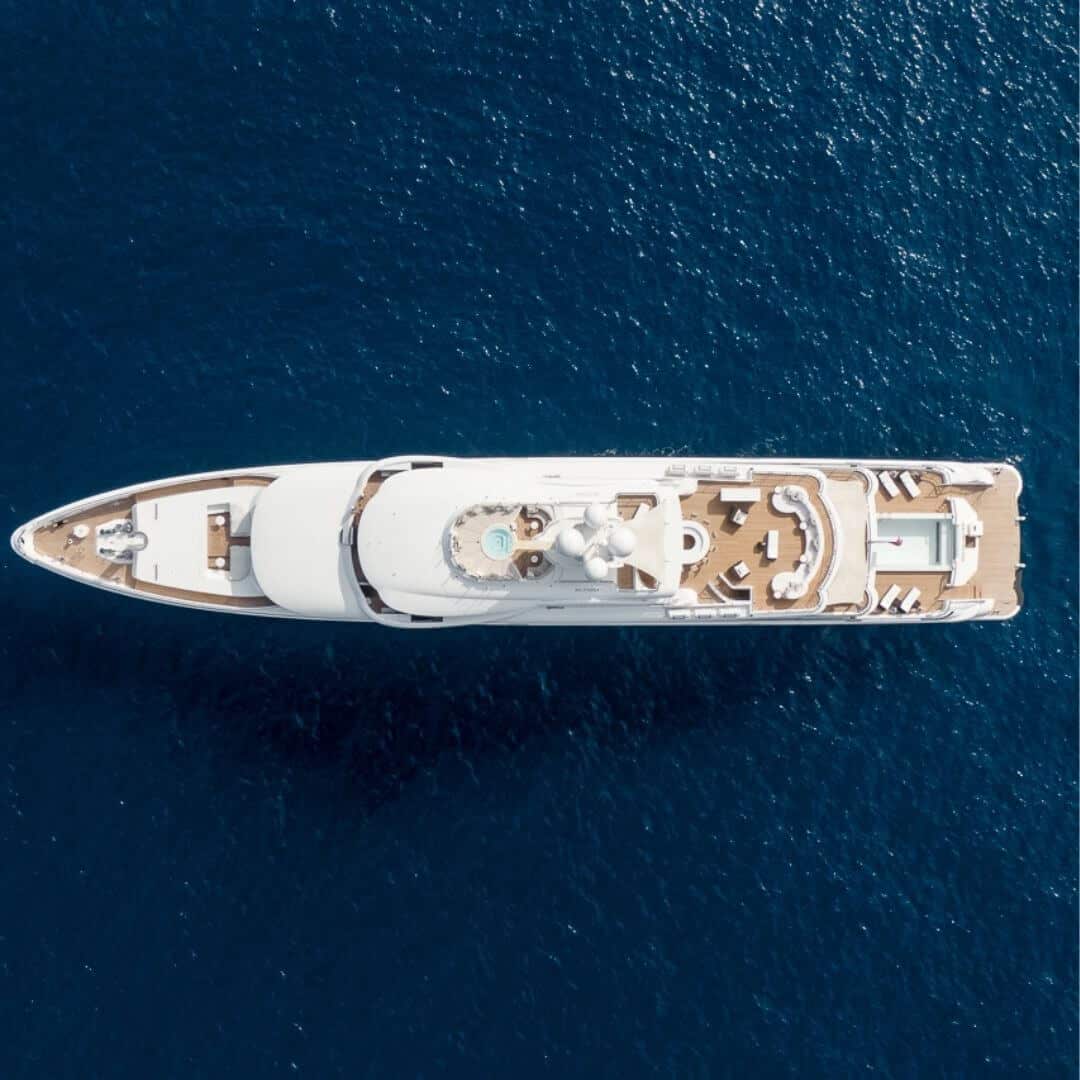 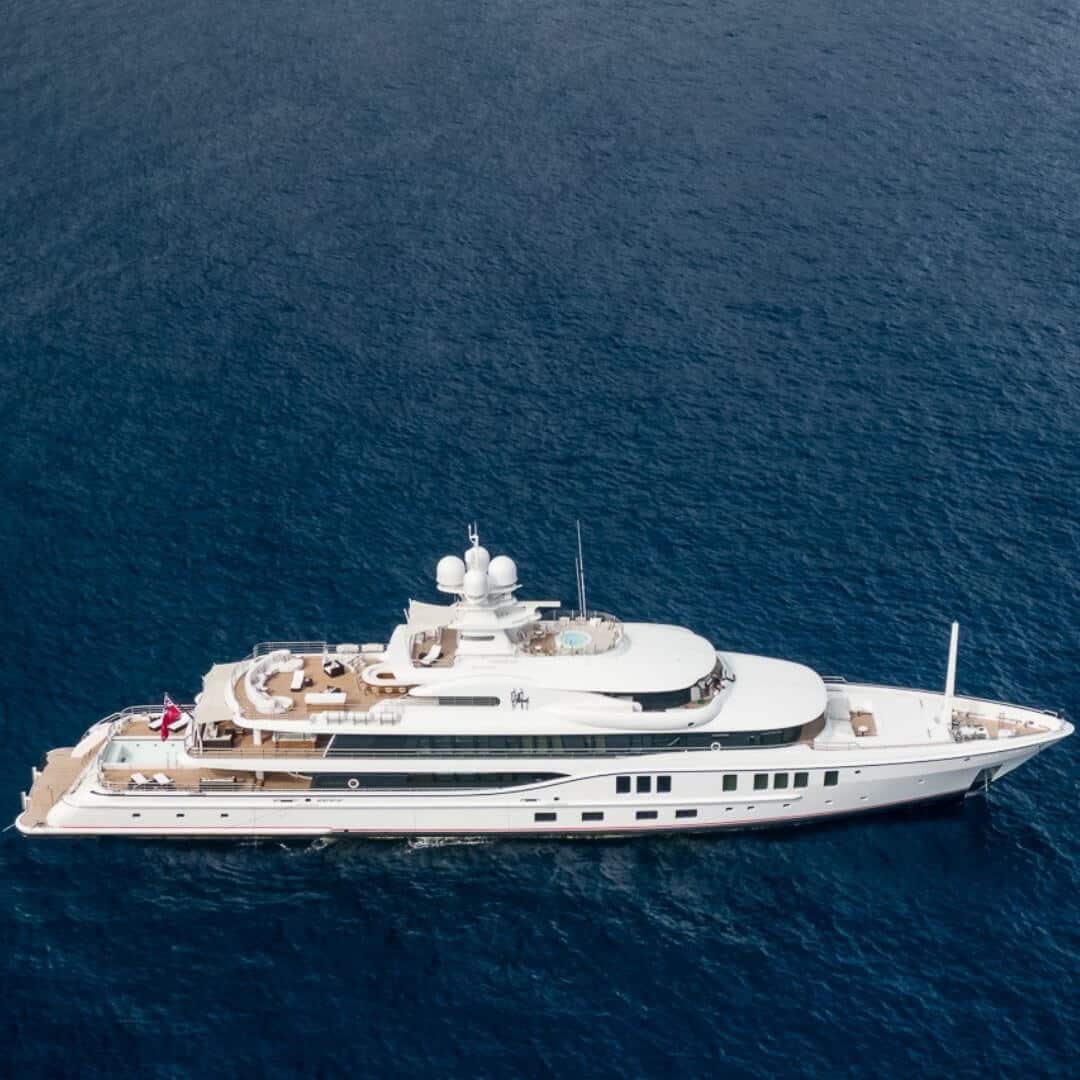 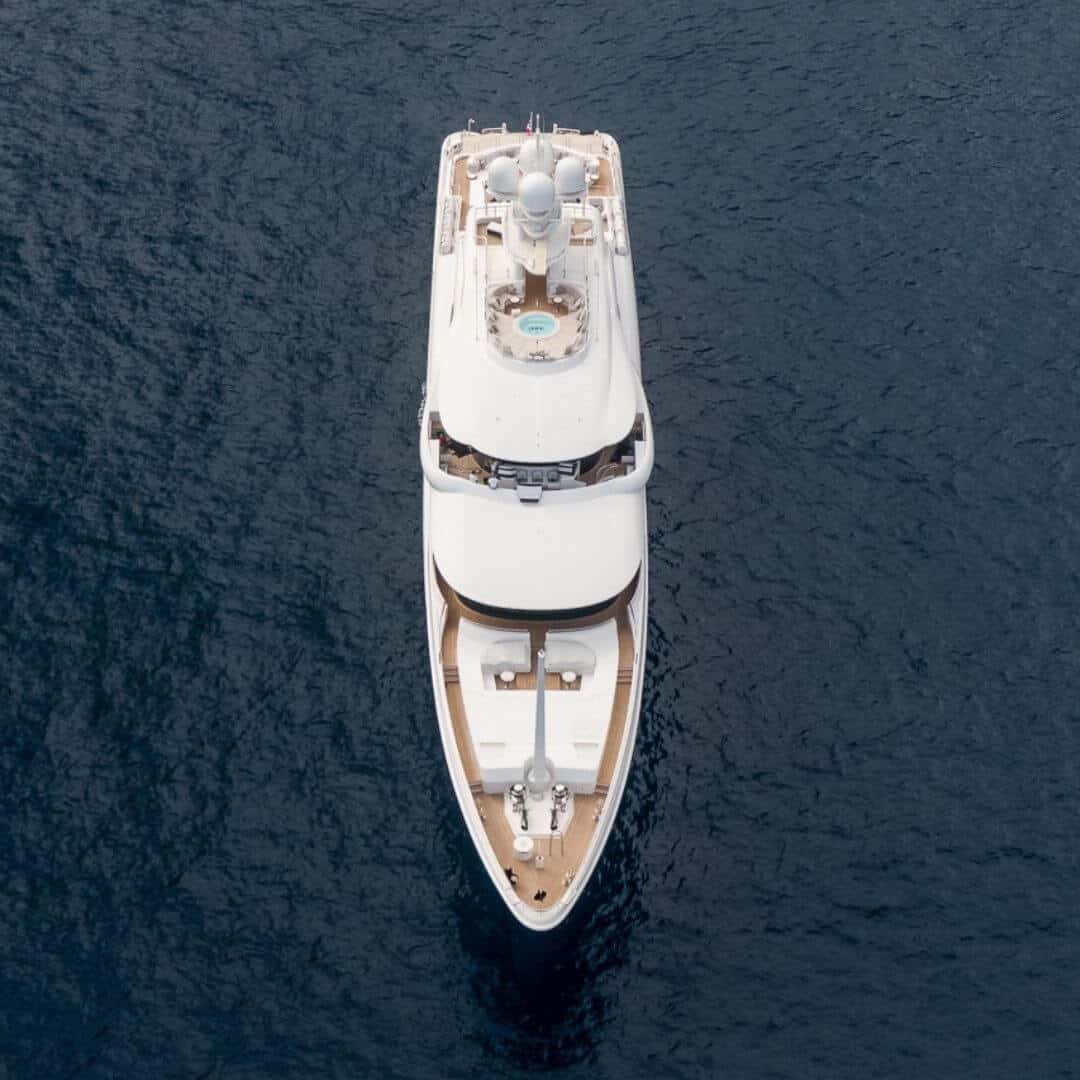 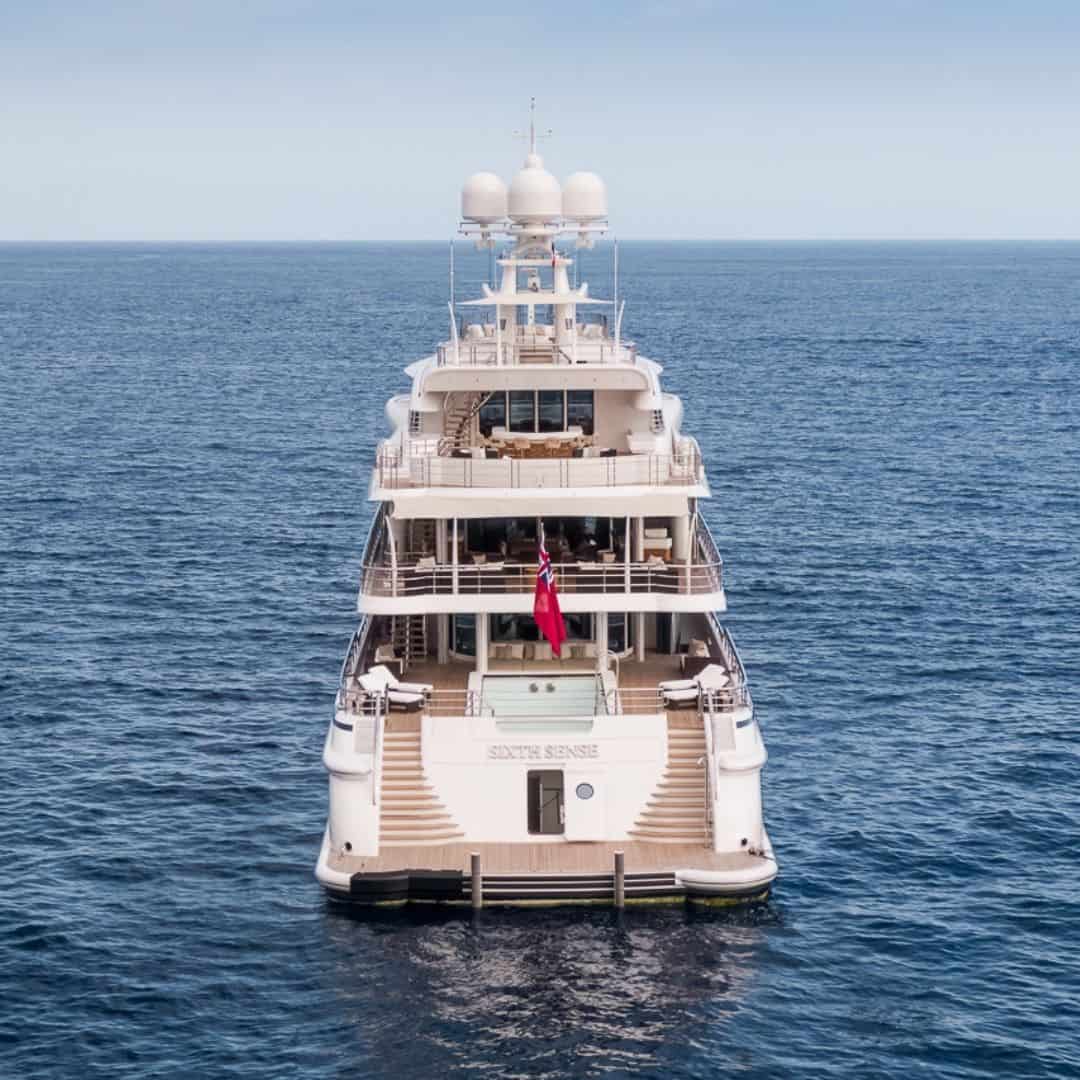 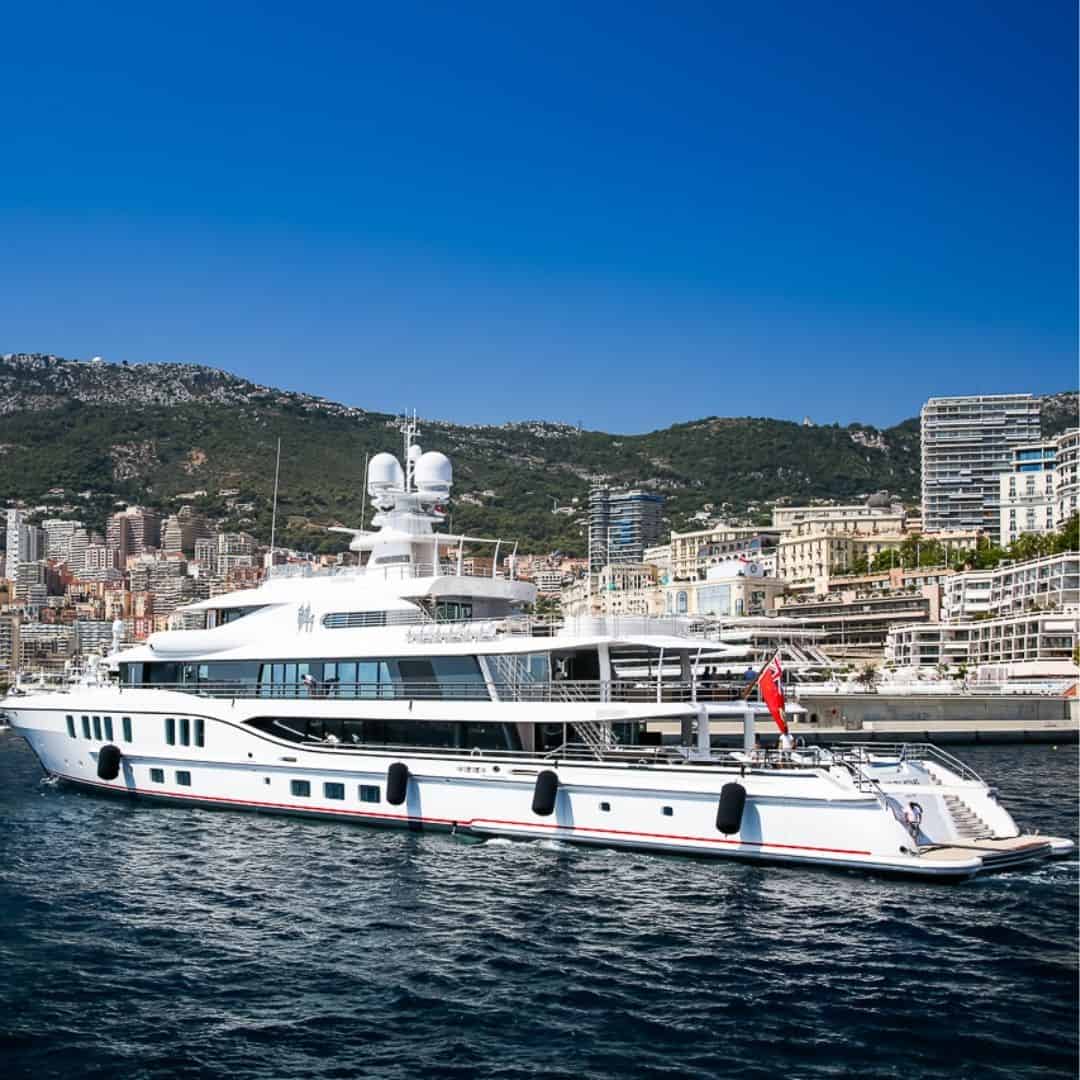 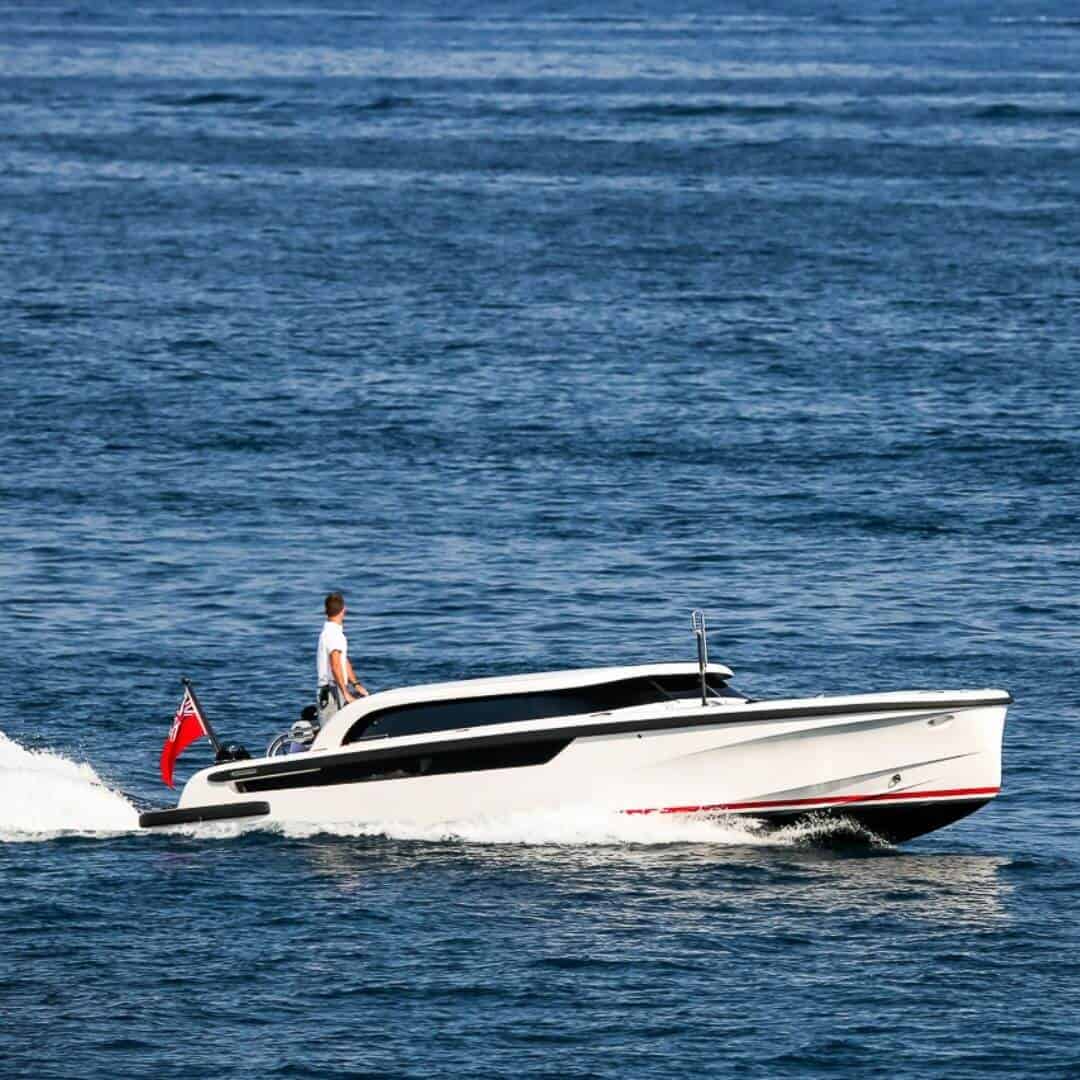 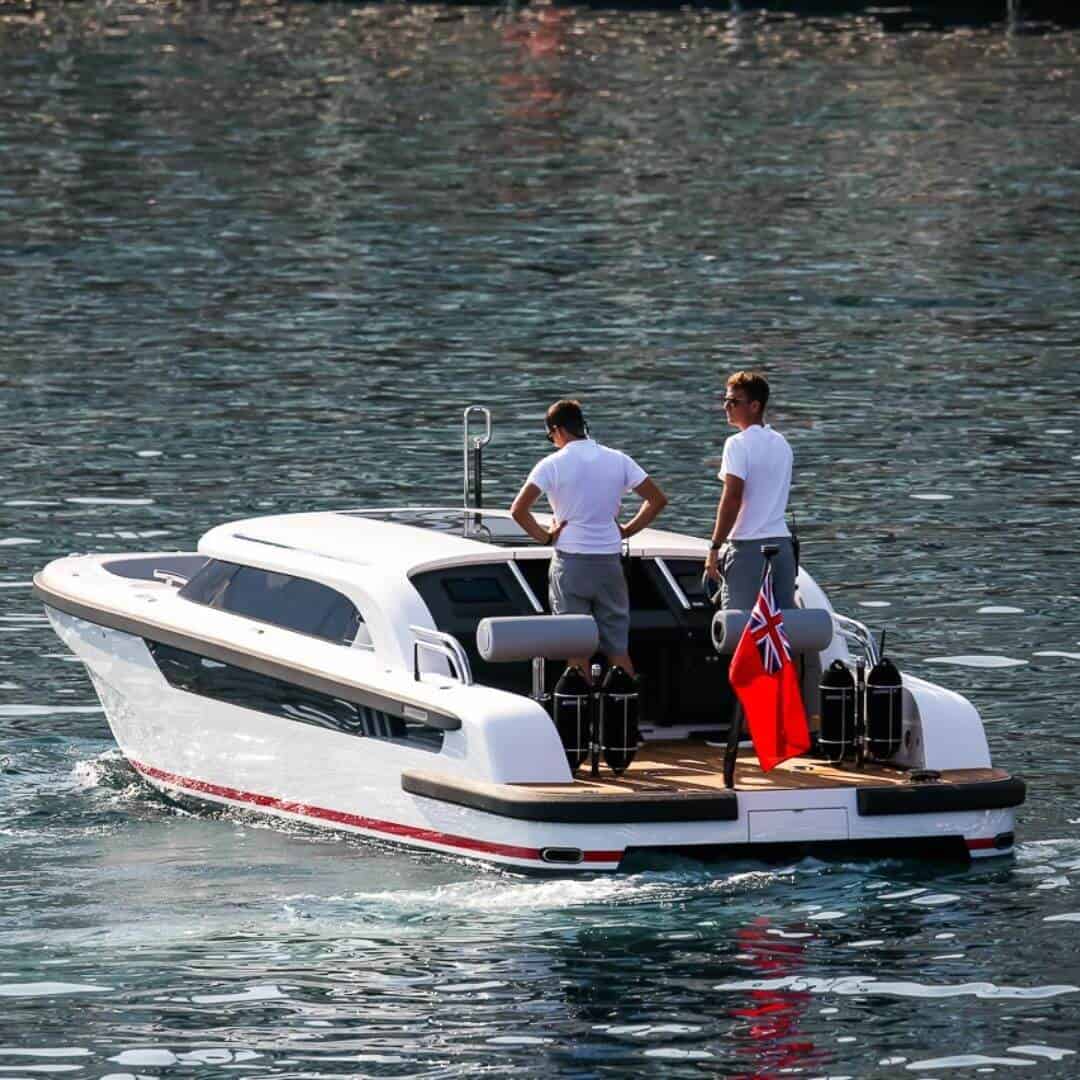 SIXTH SENSE yacht is a 74-meter yacht capable of welcoming 12 guests in her six spacious cabins and can also fit 19 qualified onboard crew members. She was built back in 2019 by Amels in the Netherlands and was designed by Tim Heywood Design. She weighs 1,787 tons and can cruise at speeds of 15 knots and go to a top speed of 16 knots.

SIXTH SENSE yacht was designed by Tim Heywood Design., a design studio started by Tim Heywood and his business partner Vanessa Reville in 1996 after working with Jon Bannenberg. He won several awards and has over 40 years of experience, along with over 70 hand-sketched designs.

He has worked with over 60 yachts and prides himself on his iconic flowing lines and timeless designs. One of these yachts that he has worked on is the M/Y A+ Yacht, previously known as TOPAZ yacht. She is a 147-meter superyacht weighing approximately 12,532 gross tons, powered by engines capable of outputting 7990 hp, which allows her to cruise at 22.9 knots and can go up to 25.5 knots.

Another is the SEA RHAPSODY yacht, a 64.7-meter yacht capable of hosting 12 guests using her six spacious cabins and can also fit 18 qualified crew members. She weighs 1,503 tons and can cruise at 13 knots and caps out at 17 knots.

Aboard the SIXTH SENSE yacht, guests can have full access to her amenities such as her onboard deck swimming pool, a Touch-n’-go helipad, a sun deck jacuzzi, a deck bar, an outside dining area, and outdoor lounges. She also has complete air conditioning and wifi access.

She can also host up to12 guests in her six cabins which can be attended to by up to 19 qualified onboard crew members.

She was built with a teak deck, a steel hull, and an aluminum superstructure. She weighs 1,787 tons and is powered by 2xCAT 3516 engines capable of outputting 2719 hp, which allows her to cruise at 15 knots and caps out at 16 knots.