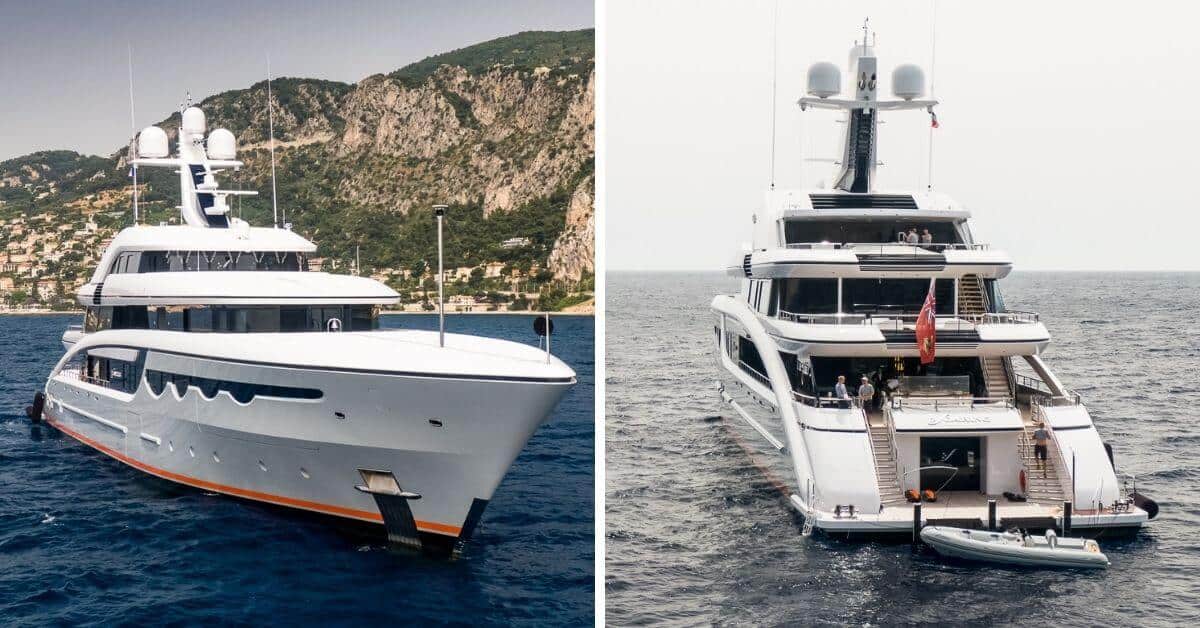 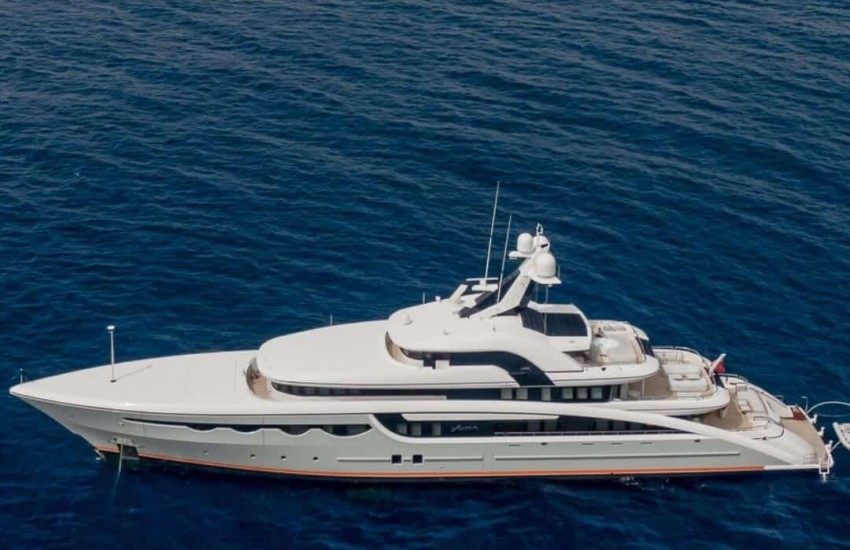 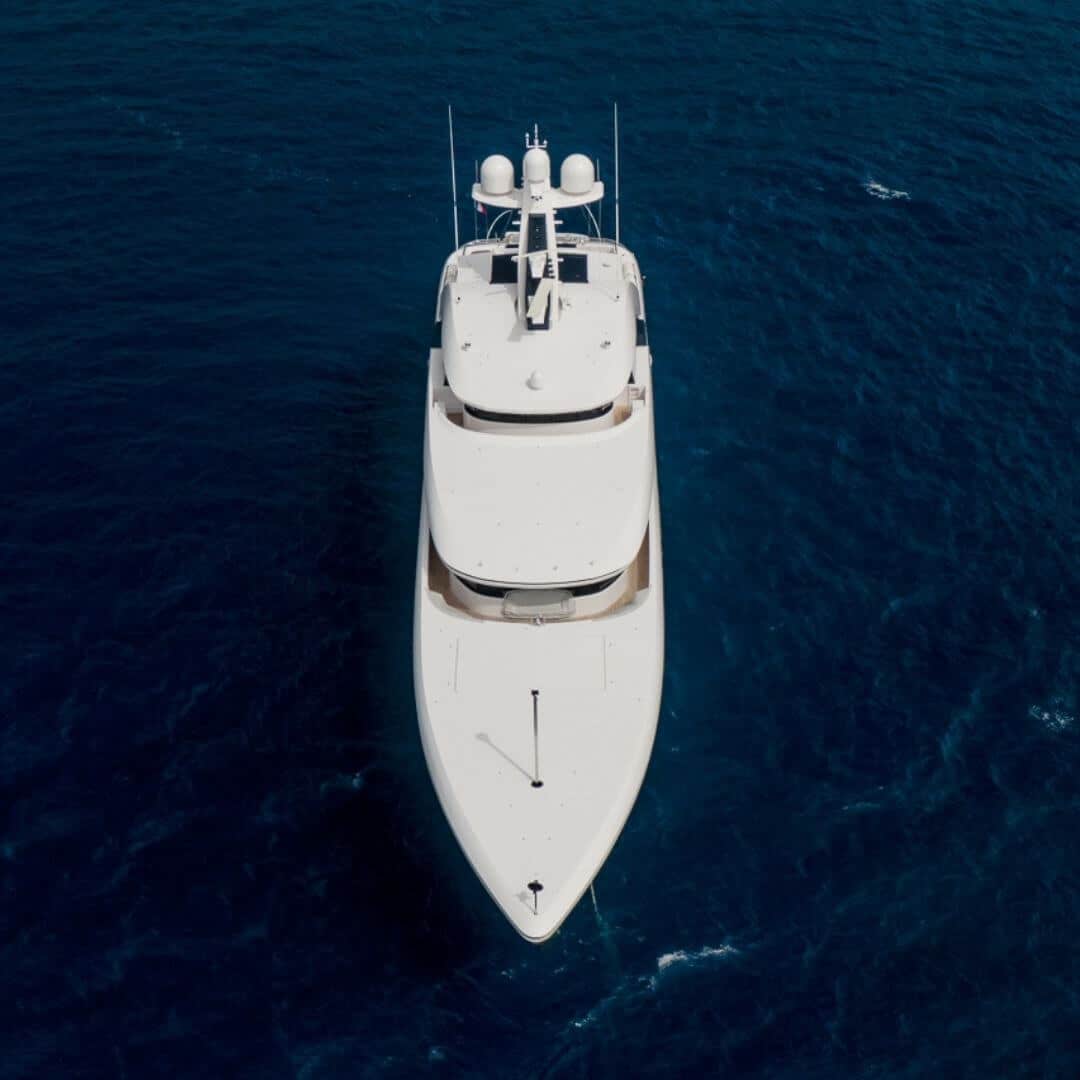 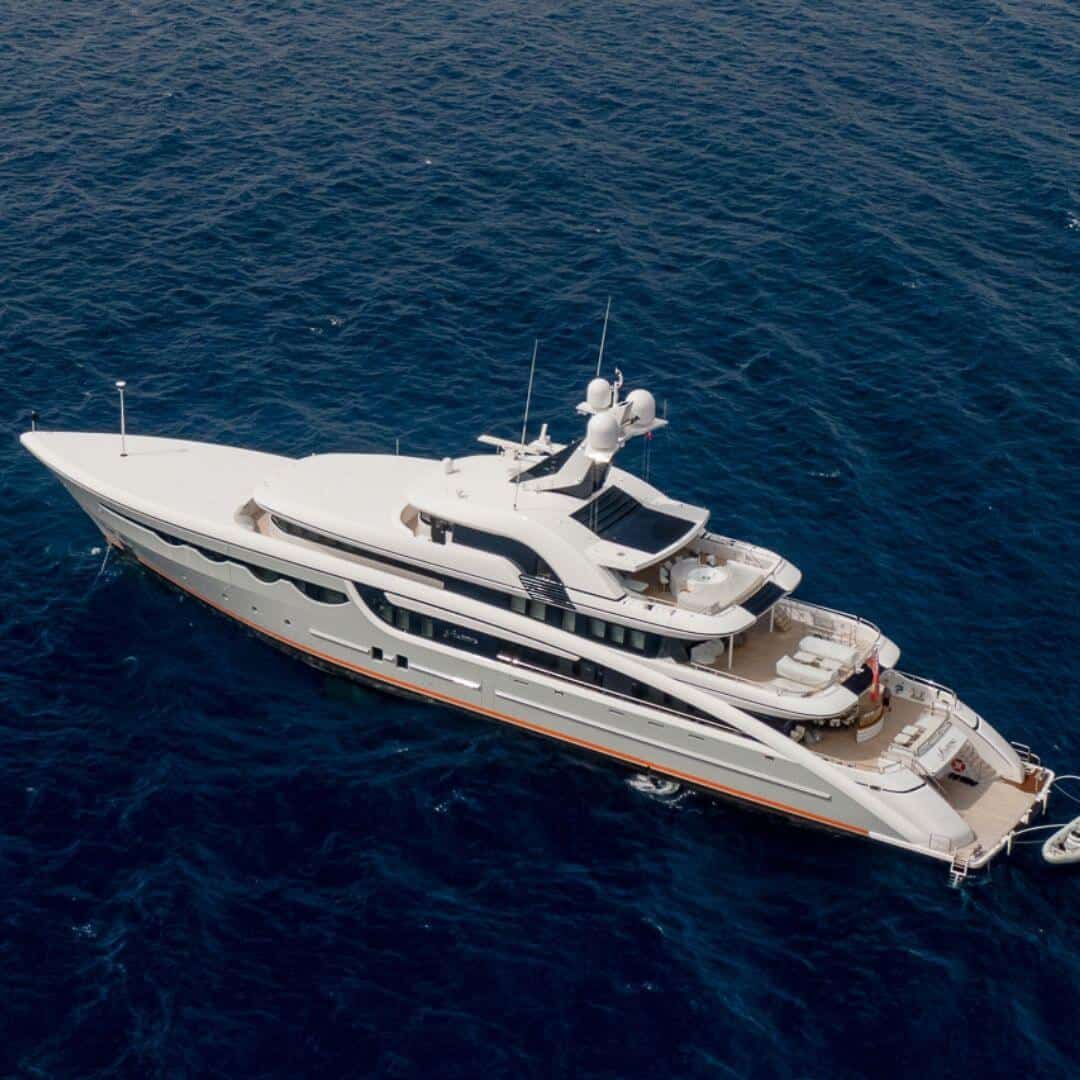 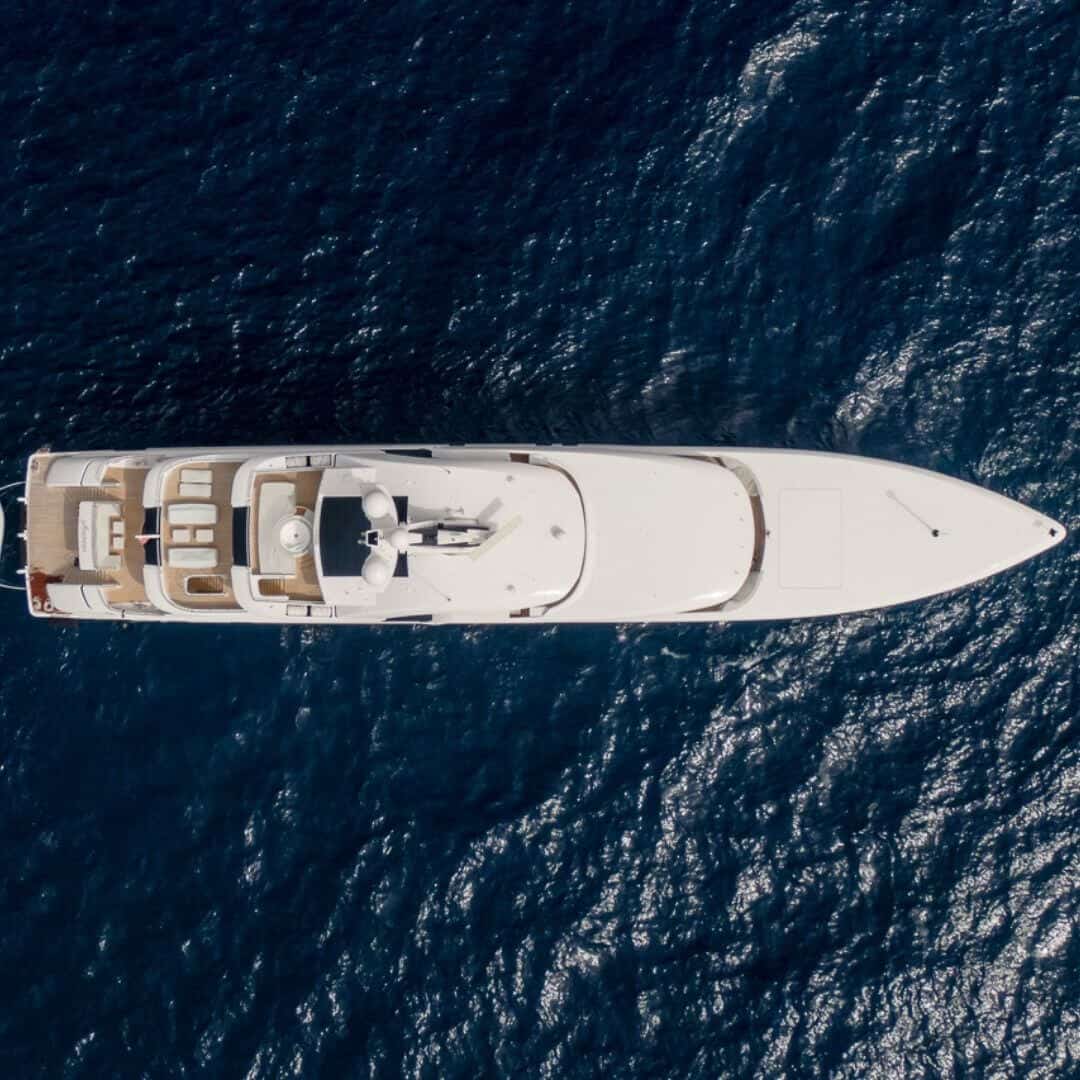 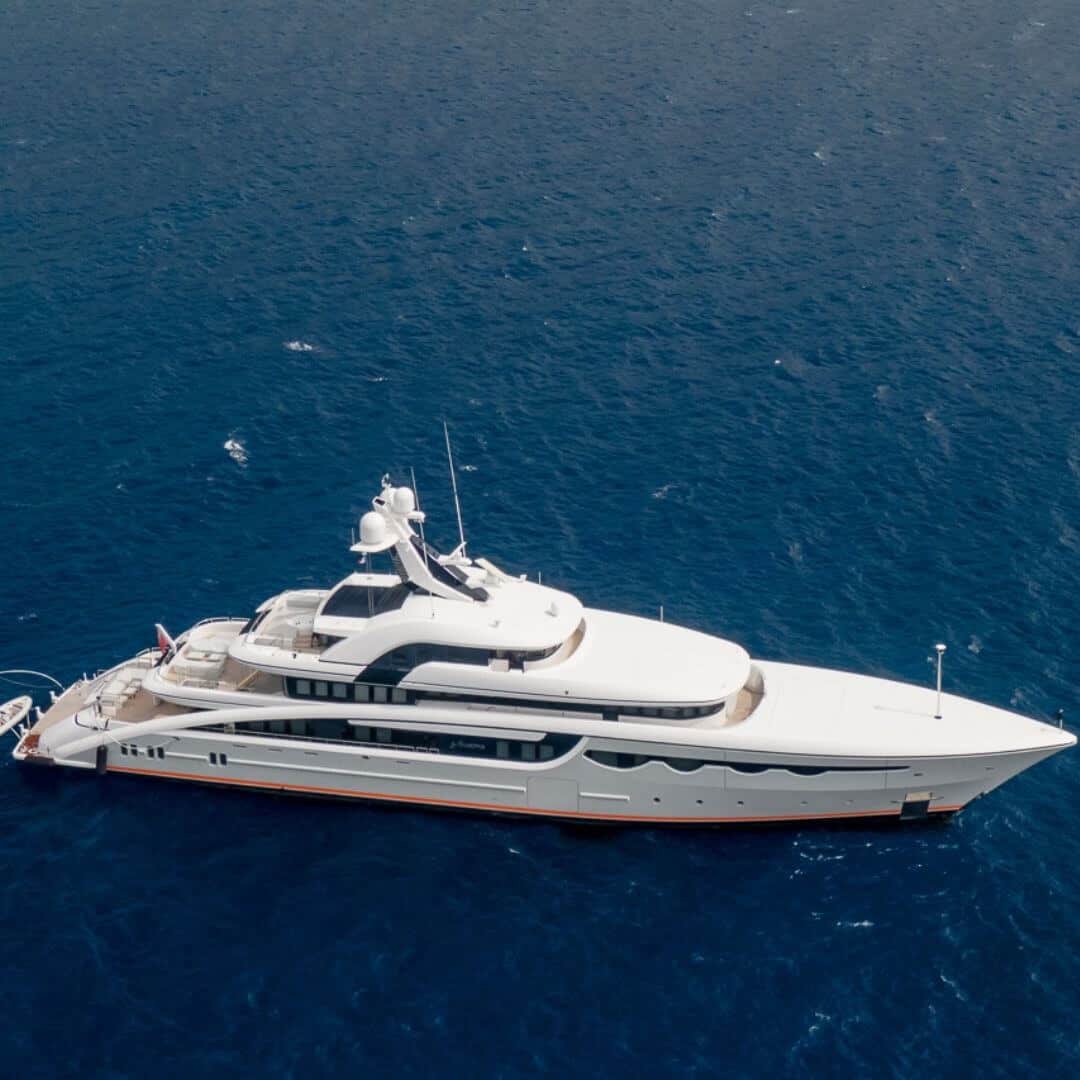 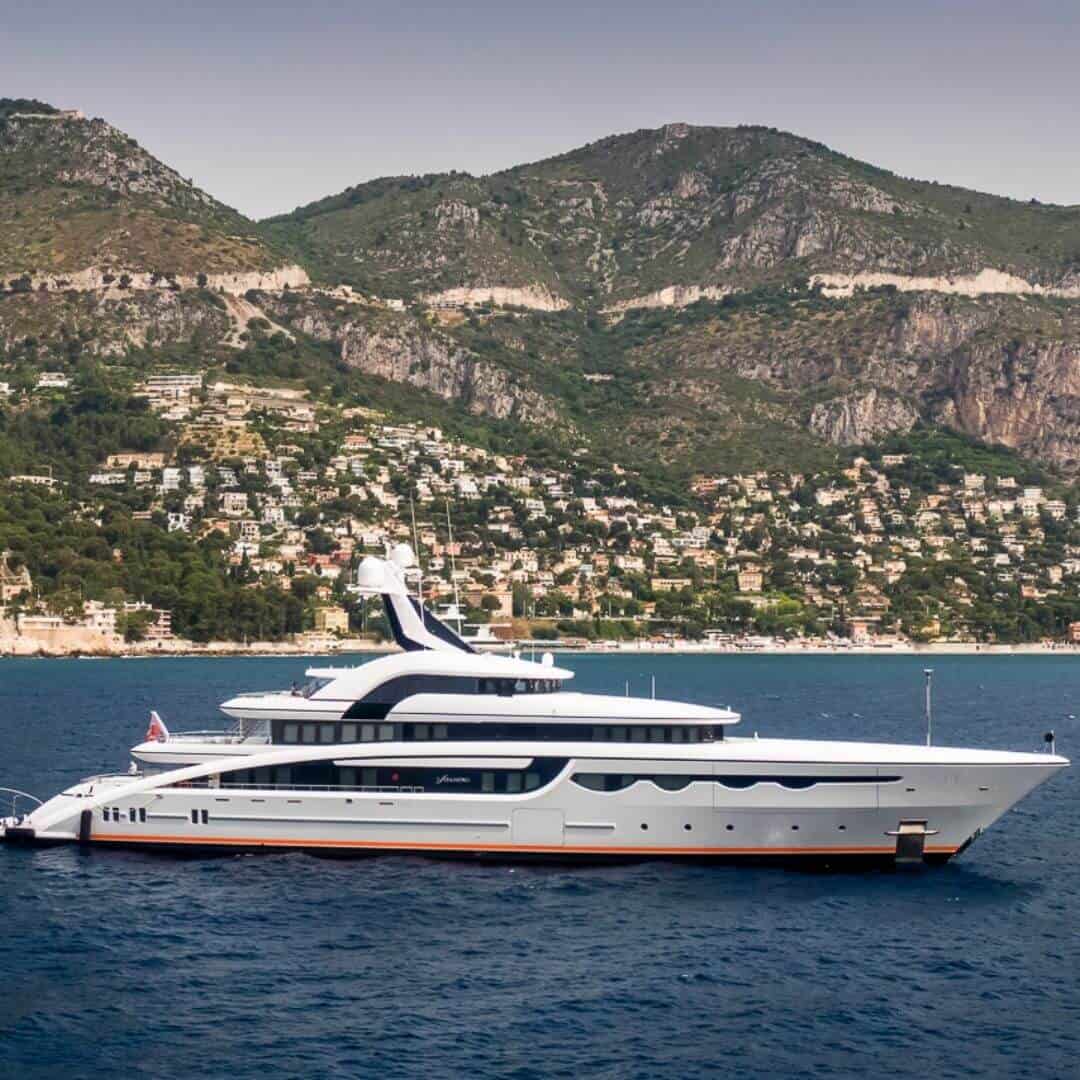 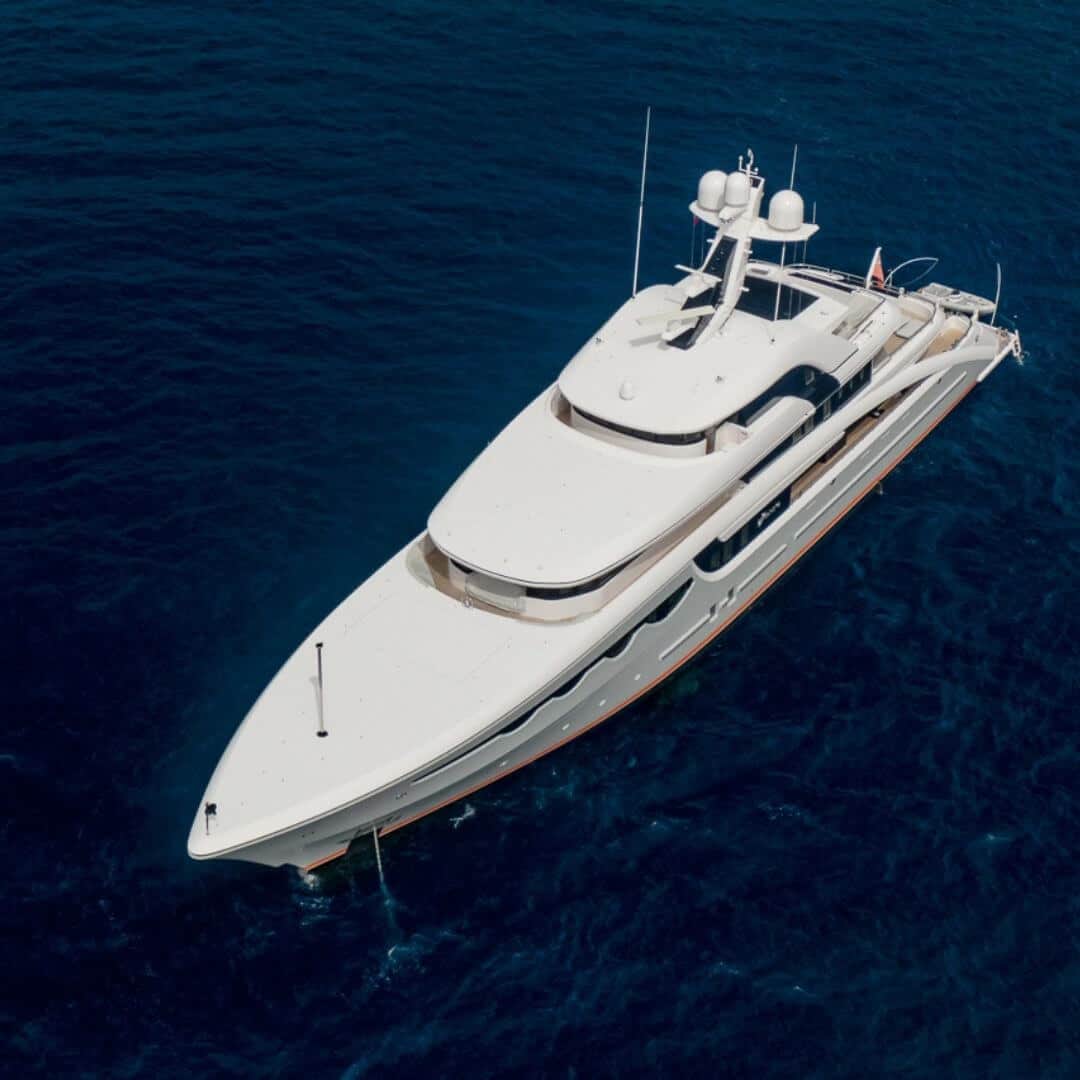 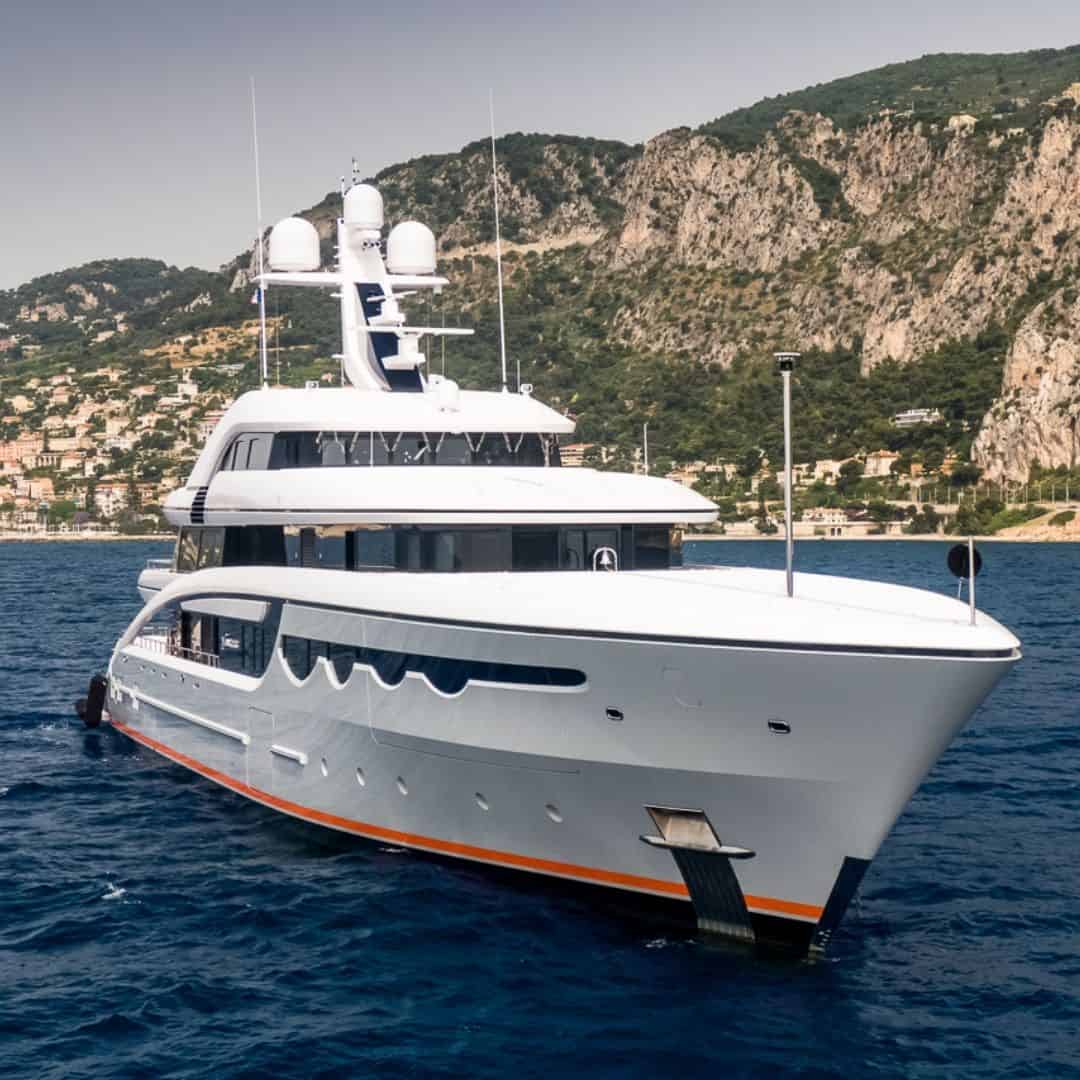 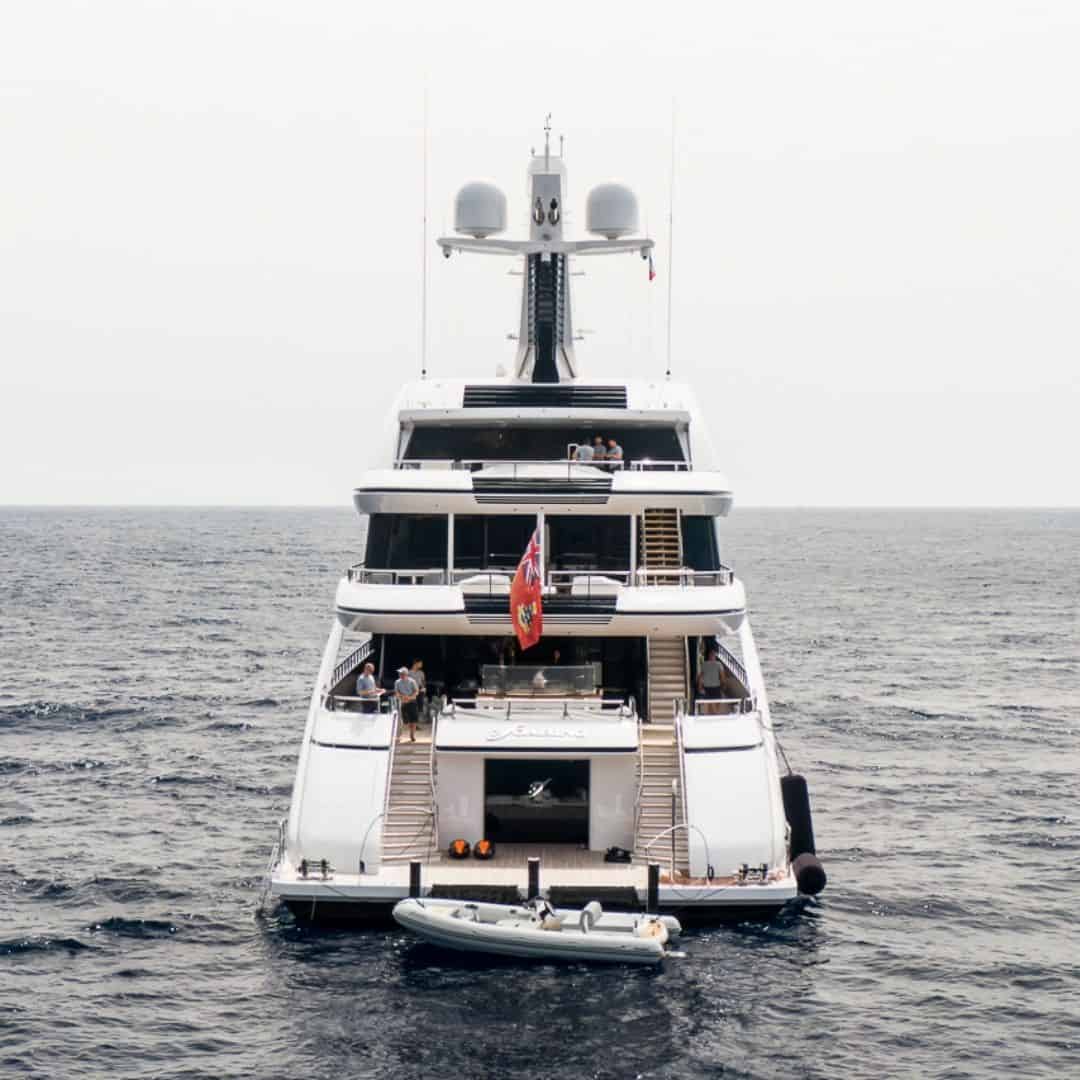 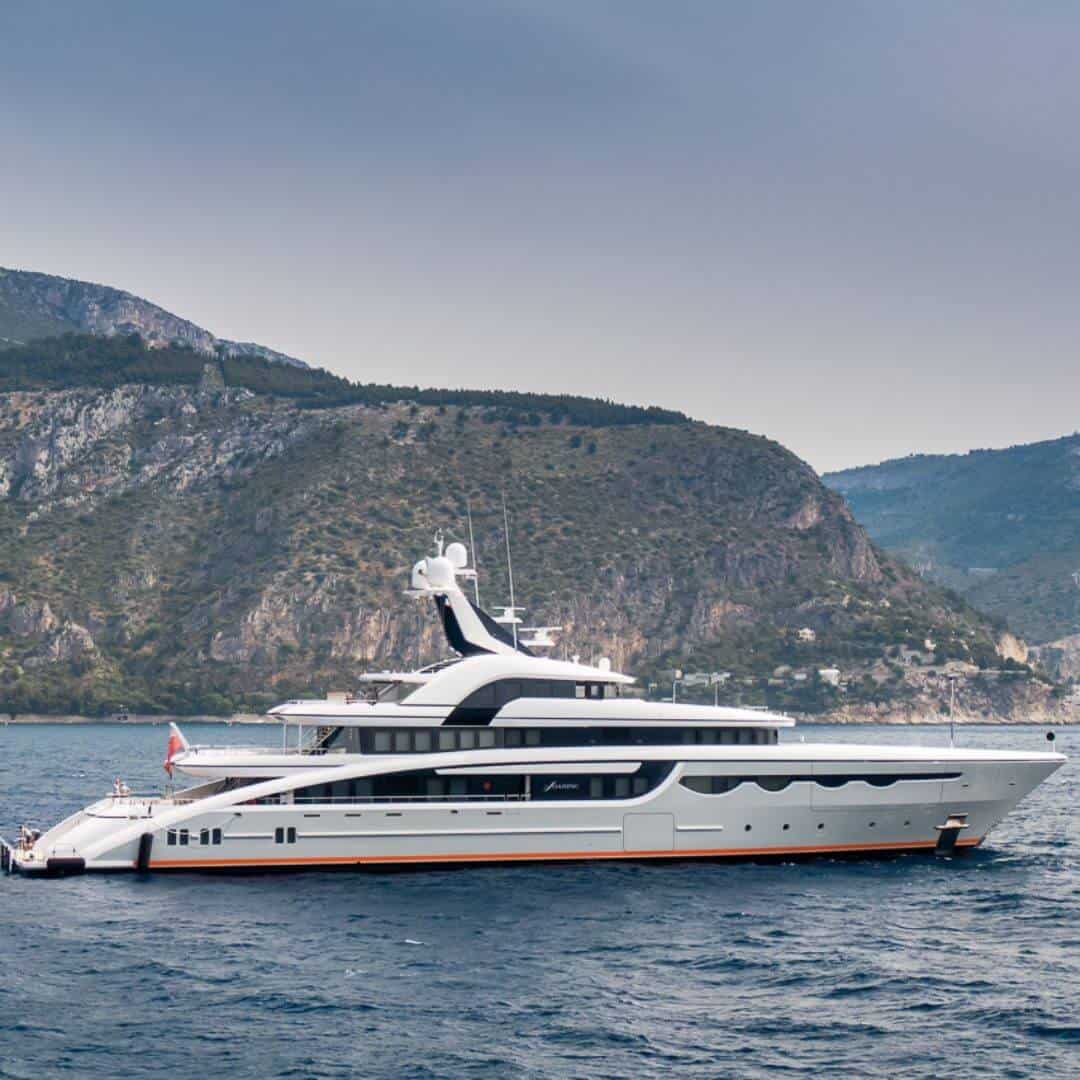 SOARING yacht is Ivan Shabalov’s $120 million superyacht. Launched in 2020, the modern vessel was built by Abeking & Rasmussen in their German shipyard.

Both the interior and exterior were designed by Focus Yacht Design, with naval architecture penned by Abeking & Rasmussen. The yacht is contemporary and excellent for those who enjoy family time and entertainment on the water.

Designed by Focus Yacht Design, the interior of SOARING is opulent and modern, with a wide array of facilities and amenities that make this a great entertainment yacht.

The interior is designed to bring outside spaces inside with large glass windows leading to the aft from the saloon. An alfresco dining area is protected and shaded by the overhang from the owner’s deck, perfect for enjoying a meal outside.

There is a jacuzzi with sun pads and a bar on the sun deck. The SOARING also has a spa on the lower deck. Treatments on offer include massages and beauty treatments. There is also a steam room.

The beach club features a gym, where guests can work out with a water-level view. Guests can cool off after a workout by leaping straight into the water. The beach club is the perfect spot for launching the many action-packed water toys.

The SOARING has guest accommodation for 12 individuals, which includes a private owner’s deck with a private terrace, office, and library. There are accommodations for 17 crew members.

The tenders and toys packed into the garage of the SOARING include tenders, a trampoline, jet skis, wave runners, waterskis, and more.

With a steel hull and aluminum superstructure, the SOARING features sharp and sleek lines, complementing her modern interior. She is the 12th largest yacht that Abeking & Rasmussen built in their German shipyard.

The cruising speed of the SOARING is 12 knots which givers her a range of 4000 nautical miles. She is available for charter, with her summer cruising season in the Adriatic and West Mediterranean. Her winter cruising includes the Bahamas and the Caribbean.

She also features advanced Zero speed stabilizers to reduce the rolling motion of the yacht while at anchor. The running costs for the SOARING are $10 million per annum.

Ivan Shabalov is the owner of the SOARING YACHT with a net worth of $500 million. The Russian businessman is the founder of Pipe Innovation Technologies.

The company is a producer of pipes, especially gas pipes. They produce large pipes for Gazprom, which are used in the South Stream gas line and pipeline to China.