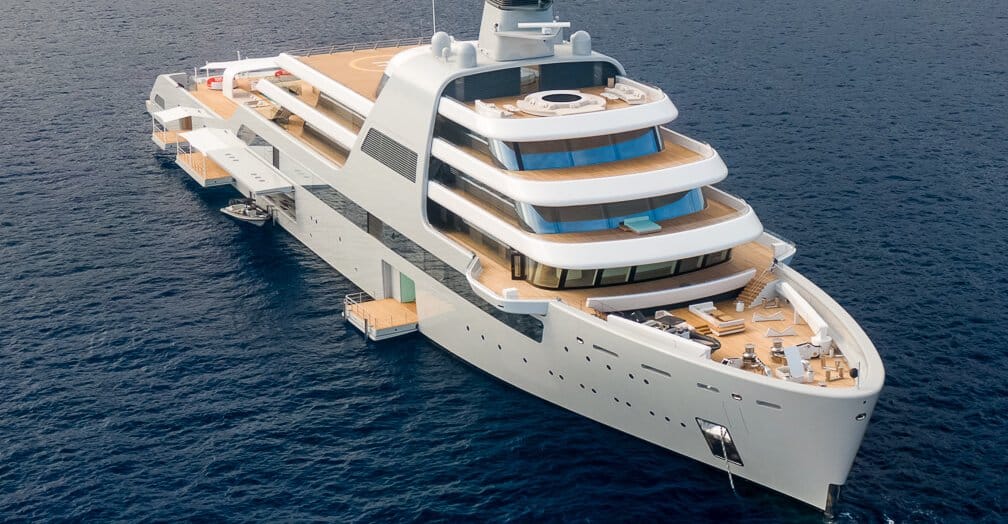 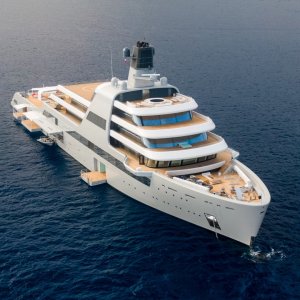 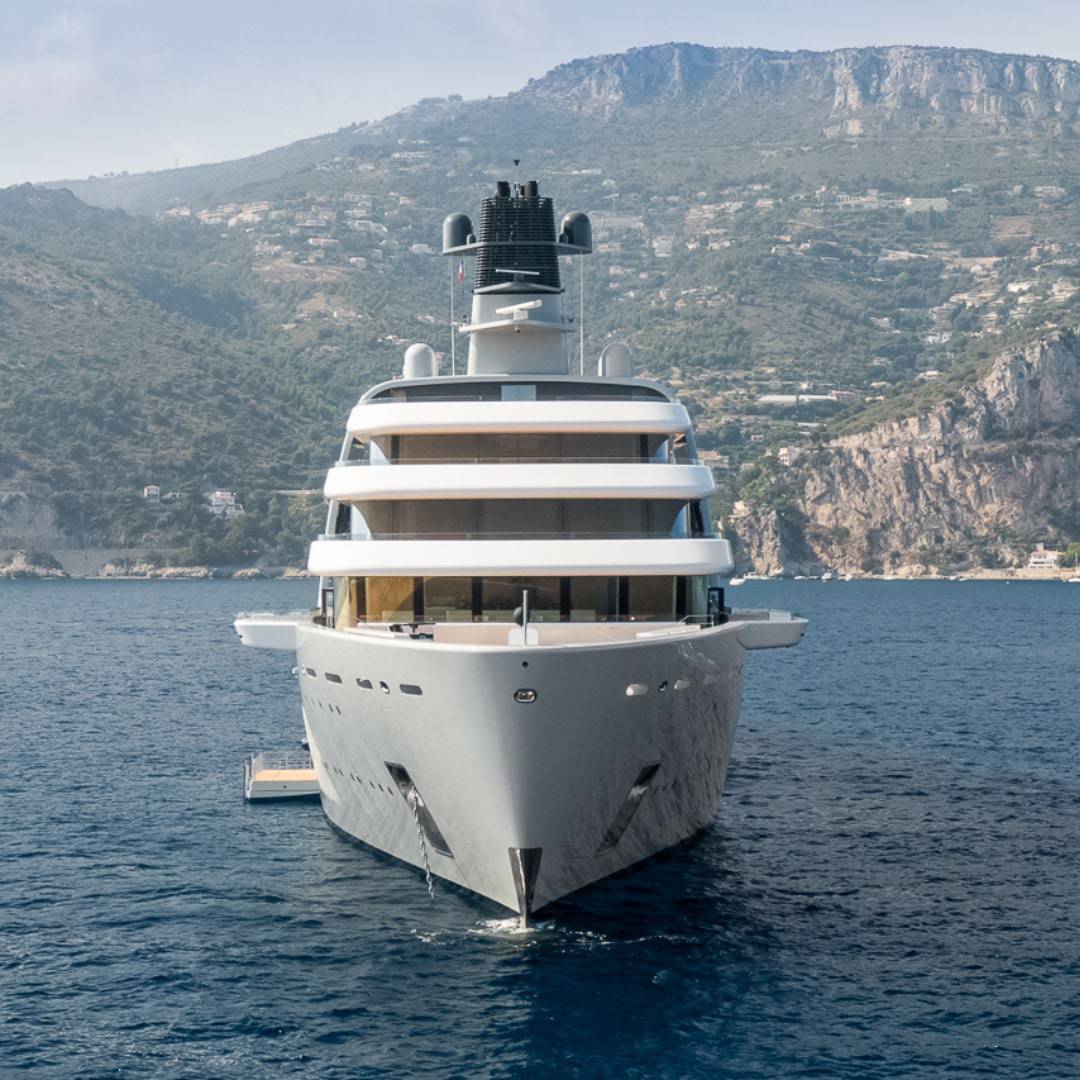 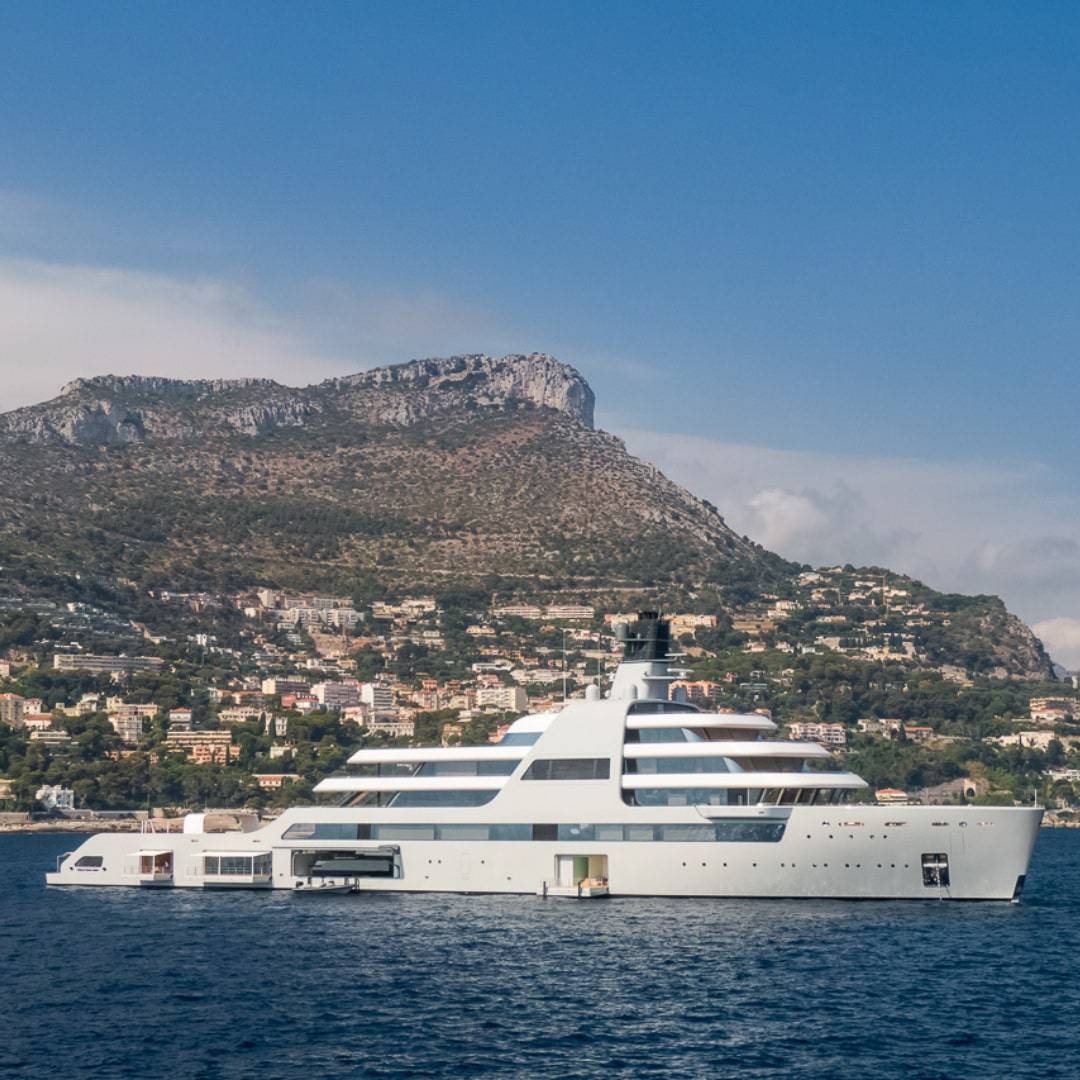 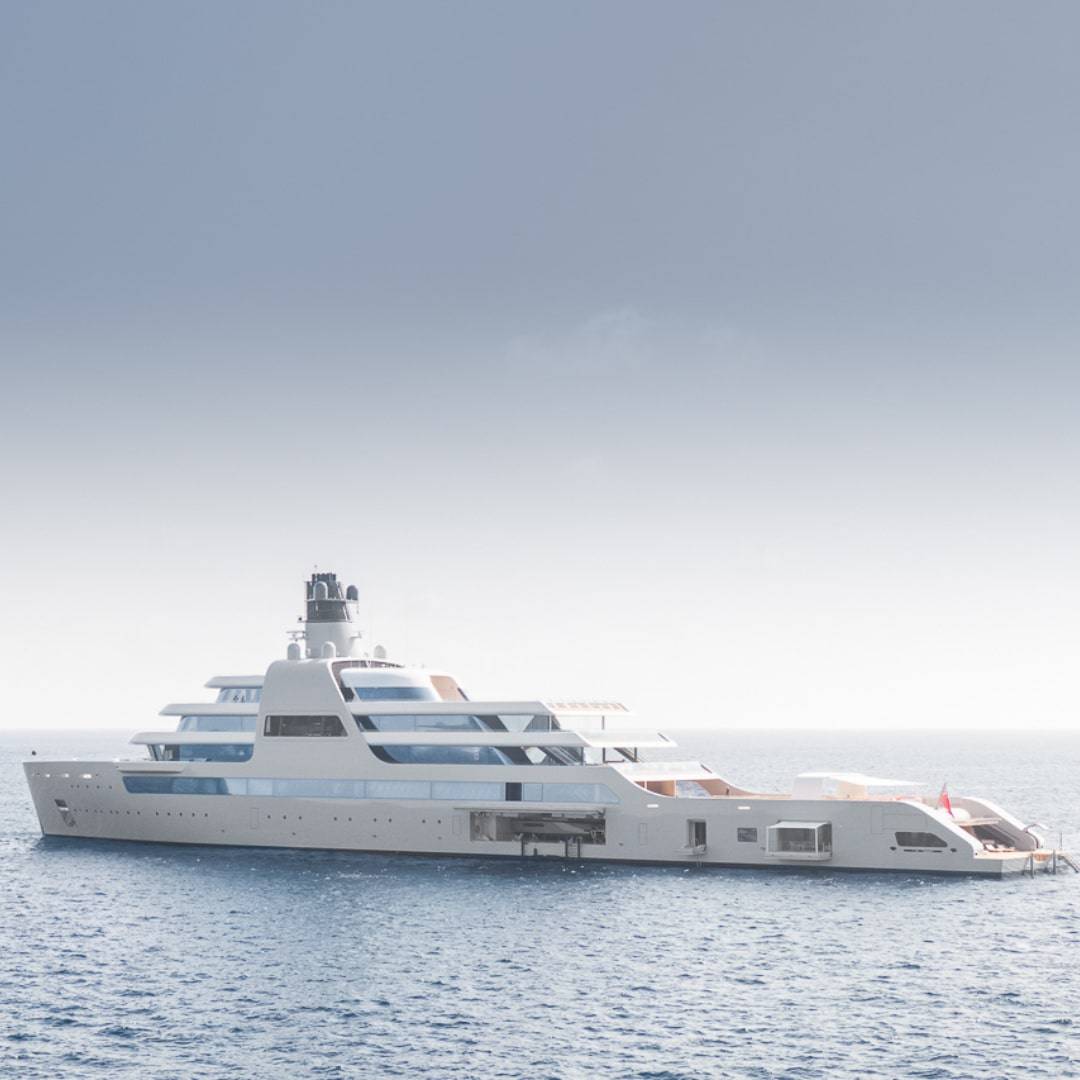 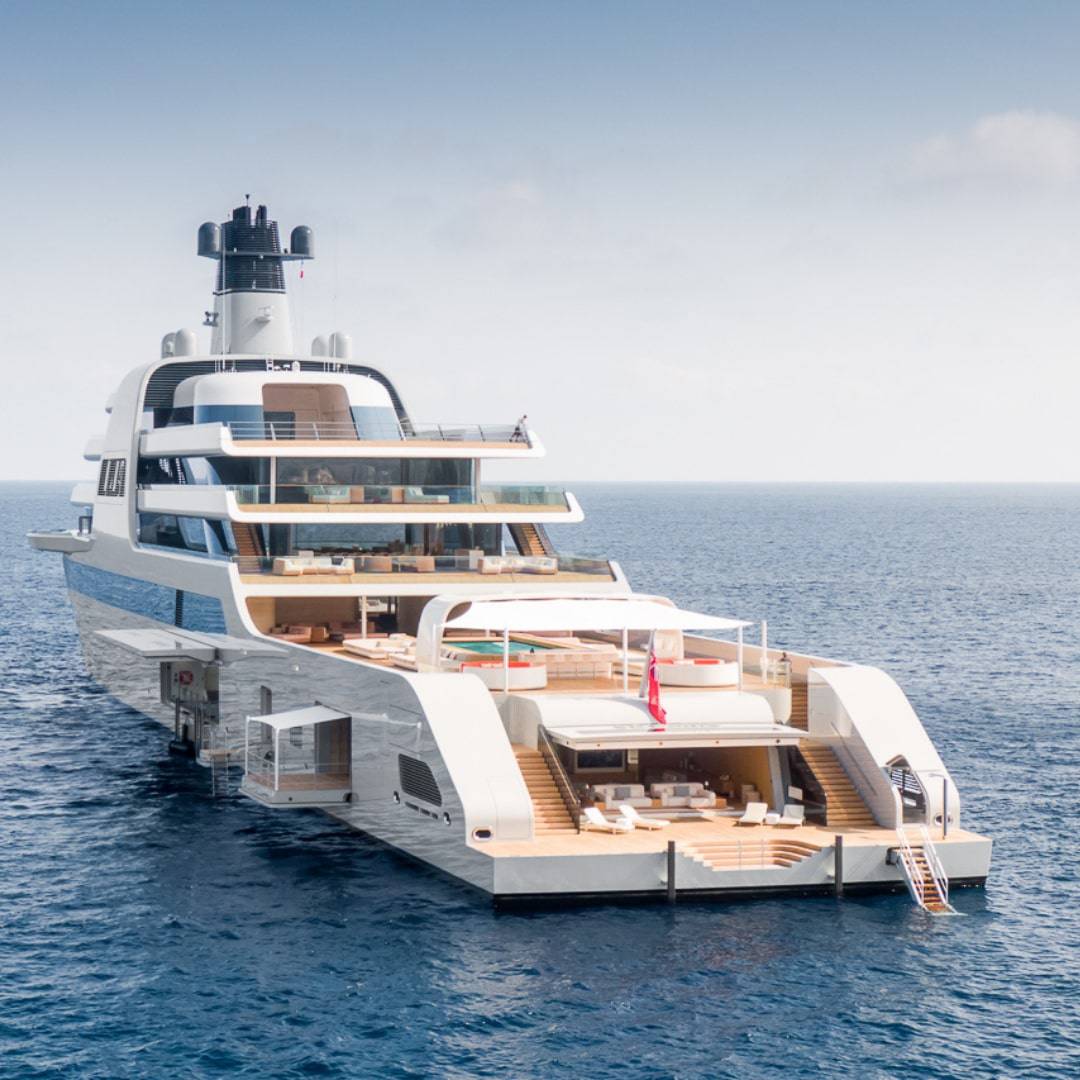 The SOLARIS yacht was newly launched in 2021 by Lloyd Werft and belongs to Roman Abramovich.

At 139.7 metres (458 ft), SOLARIS is considered an absolute giant in the world of superyachts and ranks as the 15th largest in the world.

Her owner is the Russian oligarch Roman Abramovic who received SOLARIS in 2021.

No official photos of the interior of the SOLARIS yacht have been released, so the exact design is unknown.

However, judging from the minimalist and modern layout of the decks, it can be assumed that the interior follows a similar trend.

The German designer Frank Neubelt is said to have worked on the interior of SOLARIS, although details of the project are unknown.

The yacht is one of the largest in the world, so it comes as no surprise that the SOLARIS yacht can accommodate an impressive 36 guests onboard.

Around 60 crew members find space in the cabins below deck and are available to tend to every need of the passengers.

MY SOLARIS was built in 2021 by the German shipyard Lloyd Werft and became the largest vessel they had ever delivered.

The SOLARIS yacht is powered by six MTU engines which allow her to travel at an average cruise speed of 18 knots with tops speeds of 20 knots.

The exterior of MY SOLARIS was designed by Marc Newson Ltd, an Australian industrial designer who has worked in several industries, including aircraft, furniture and clothing.

His work is easily recognisable by smooth lines and rounded shapes with geometric elements.

The SOLARIS yacht is a prime example of this with her sleek look, rounded balconies and many windows.

Her eight decks have an unusually light wood that decorates the many open spaces of the vessel.

There are several extendable platforms to release tenders and toys and a large beach club located close to the swimming platform.

Of course, SOLARIS includes a full-size helipad as well as several swimming pools, one of which is located on the largest of the decks at the aft of the vessel.

Yacht SOLARIS was delivered to Abramovic for a reported price of US $600 million, placing her among the most expensive superyachts in the world.

She generates a further US $50 – $60 million in annual running costs.

The owner of the SOLARIS yacht is the Russian businessman and politician Roman Abramovic who owns a whole fleet of superyachts.

His most famous is the ECLIPSE which was once the largest motor yacht in the world.

As of 2022 the oligarch has an estimated net worth of US $8.6 Billion and owns the investment company Millhouse LLC as well as the popular football club Chelsea FC.