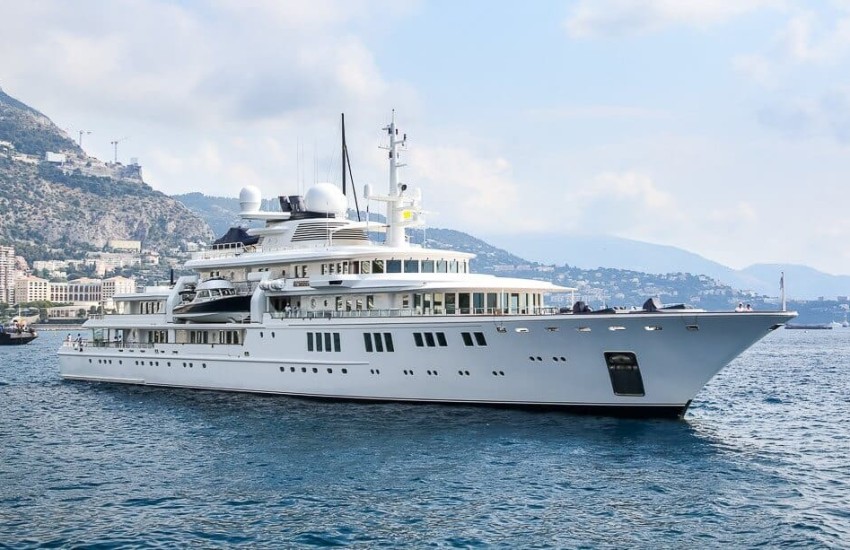 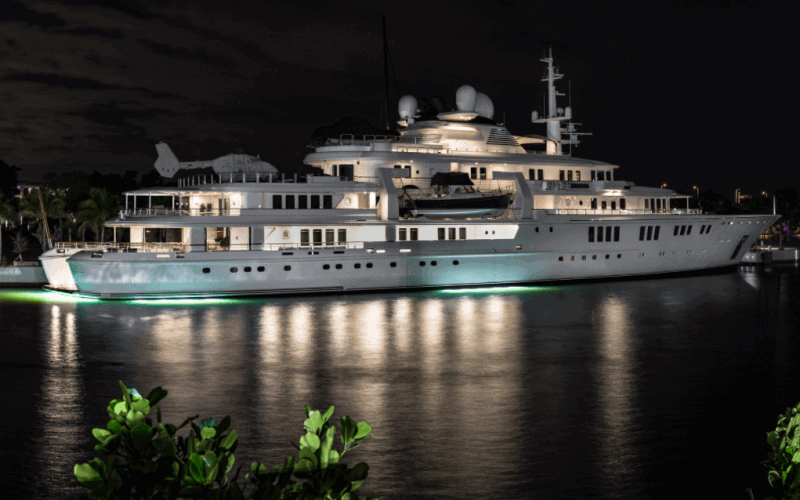 Built with state-of-the-art technology, the TATOOSH yacht is owned by Paul Allen and is considered one of the world’s best superyachts today.

A model of understated luxury, its length is 92 meters and boasts a total of 26 cabins including an owner’s full-beam stateroom and adjoining apartment complex.

The interior of TATOOSH was designed by Terence Disdale, responsible for designing more than 100 yachts in his extraordinary 40-year career.

Known for his originality and flamboyant personality, he designed the yacht to accommodate 20 guests including the owner’s suite that features a comfortable observation lounge with a private gallery and a large secluded deck.

His “beach house not penthouse” style is exhibited in the superyacht’s design which is complete with a heated swimming pool on the main deck, beach club, dive center, cinema, and elevator covering all decks.

She has two Deutz engines that can power her at 19 knots top speed, an 18-knot cruising speed, and more than six thousand nautical miles range before needing to refuel again.

The TATOOSH yacht features an exterior design by Kusch Yachts and has a steel hull and aluminum superstructure.

With an overall length of 303 feet, it is listed as the 88th largest yacht in the world and equipped with stabilizers for a smoother cruise and two helicopter pads – one for the ship’s own helicopter and another for guests’ aircraft.

Being a superyacht, she carries a helicopter, a sailboat, several other boats, large tenders, and toys. TATOOSH is an explorer-type yacht that Paul Allen uses as a luxury base.

The TATOOSH yacht was built for the mobile phone magnate Craig McCaw but was purchased by Paul Allen in 2001 for a reported US $110 million.

The superyacht was owned by Paul Allen, Microsoft’s co-founder. He was considered an American business magnate, computer programmer, researcher, investor, and philanthropist.

In 2010, TATOOSH was put for sale through Fraser Yachts but was withdrawn from the market later on.

Under Allen’s ownership, she traveled all over the world and was spotted in Russia and Europe; then the Caribbean and Curacao where it is alleged that she damaged a coral reef near the Cayman Islands.

However, the ship’s crew claim that the boat’s mooring position was “explicitly directed” by the local port authority and they were only following the instructions.

Given Paul Allen’s long history of responsible exploration and commitment to ocean conservation, Vulcan, Allen’s company, released a statement that they support swift action to help mitigate the impact and restore the reef as quickly as possible.

Allen died in 2018 and the yacht is still owned by his Estate up to this day.