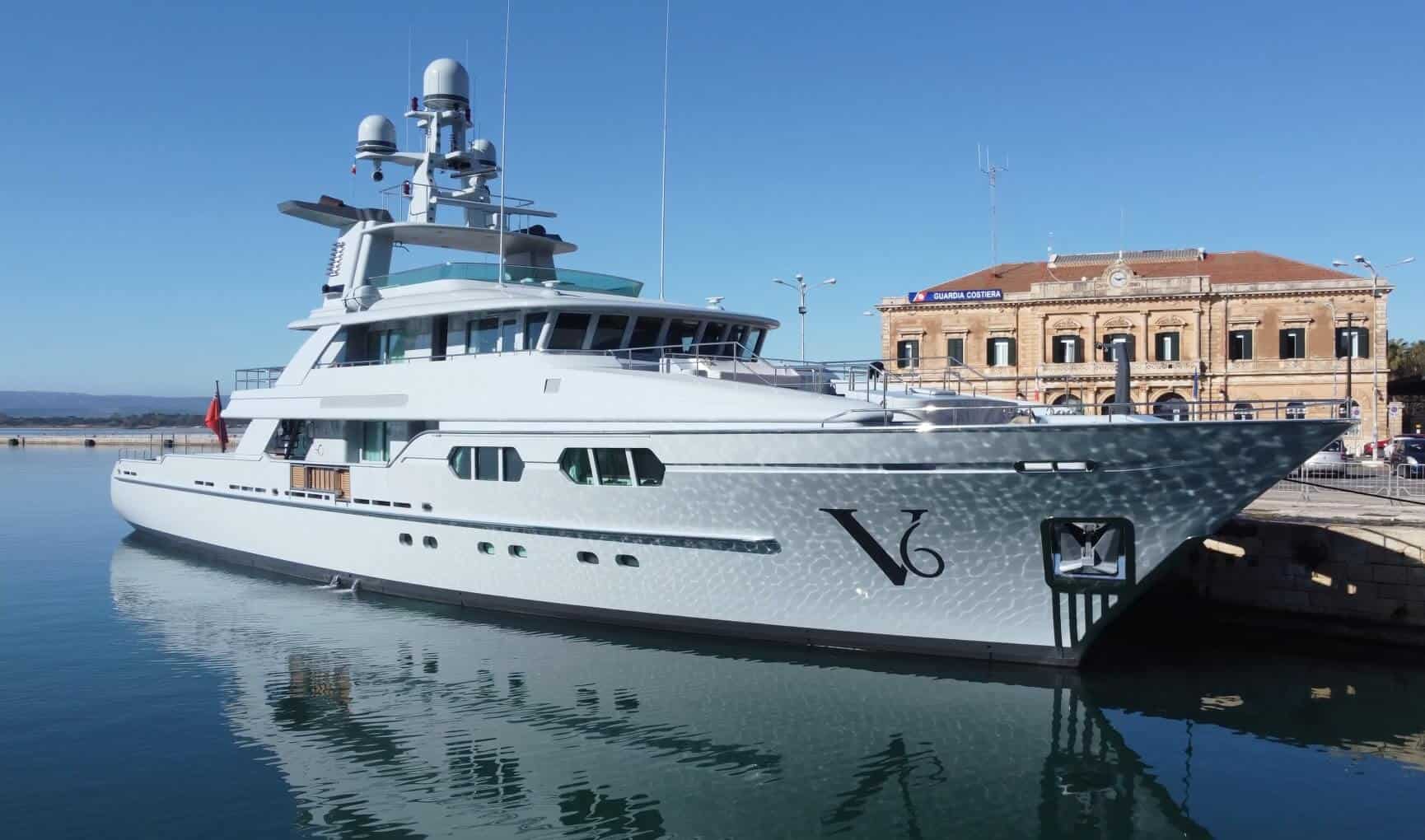 The V6 yacht is a luxury superyacht measuring a length of 48.5 metres. Previously known as TYR yacht, the ownership changed when she was purchased in February 2020 and renamed V6.

The asking price at the time of her purchase was $16 million with James LLoyd of Edmiston representing the buyer. She was recently renovated and repainted in 2022.

With accommodation for 10 guests in 5 staterooms, as well as space for 12 crew members, V6 yacht offers optimal comfort.

Her luxurious interior was designed by Anthony Bedford which is currently the largest yacht he has been responsible for designing to date.

The V6 yacht measures a length of 48.53 meters and has a beam of 9.7 meters as well as a 3.76-meter draft. Similar to yachts of the same size V6 has a steel hull and aluminum superstructure.

V6 is powered by Diesel Wartsila engines giving her an engine power of 1470 horsepower. This allows for a maximum speed of 16 knots with a comfortable cruising speed of 13.5 knots.

Recently repainted in 2022 the exterior hull was changed from royal blue to white. V6 offers comfortable seating areas as well as an entertainment center that has a large LED television screen as well as a surround sound system.

V6 also has its own dedicated helicopter landing pad at the stern of the vessel.