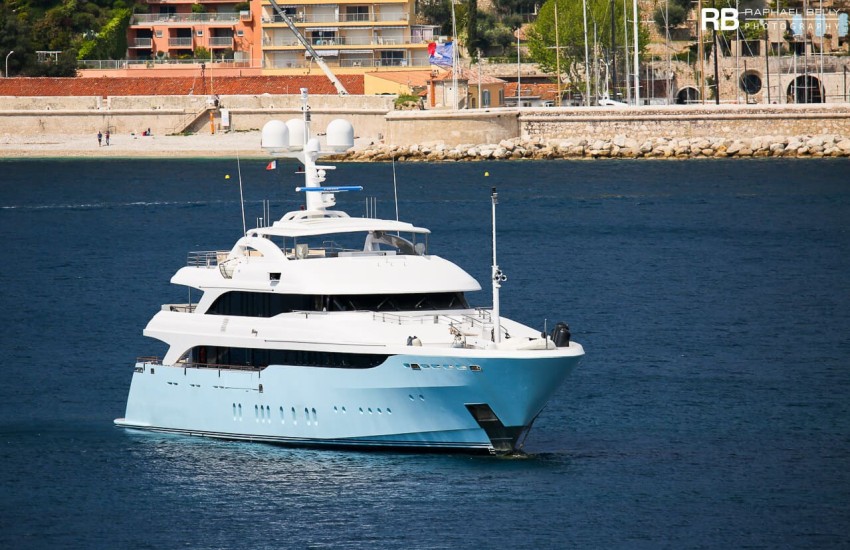 The VERTIGO yacht (previously named Victory), is a 52.0m motor yacht built by Greek yard Golden Yachts in 2007. Throughout the years, this superyacht has been refitted and renamed several times.

The VERTIGO yacht interior was styled by Giorgio Vafiadis, who decided to go with a Venetian-inspired theme using materials like lustrous marble.

Her interior is influenced by classic Italian design featuring a nude creamy color scheme with wooden paneling and velvet seatings.

She has Roman-style statutes, oil paintings, and classic artwork to decorate the interior along with plenty of natural light. Her spacious open decks offer guests the opportunity to enjoy alfresco dining while enjoying the sea breeze aromas.

The master suite has its own private lounge while all the staterooms have their own theatre system and en suite bathroom facilities.

VERTIGO offers a jacuzzi, spa tube, air-conditioning, gym, WIFI, satellite TV, and sky lounge with a bar and entertainment area. Her sundeck has sun loungers, a bar, and a retractable hard top.

It has an aluminum superstructure and a semi-displacement hull made out of steel.

Additionally, she is fitted with Naiad zero-speed stabilizers to give guests extra comfort while at anchor.

She has three tenders including a Castoldi Jet Tender, an Intrepid Tender, and a Williams Tender Webber.

The VERTIGO yacht is powered by two MTU diesel engines giving her a cruising speed of 14 knots and a top speed of 17 knots with a range of 7,000 nautical miles.

The VERTIGO yacht was built to comply with the American Bureau of Shipping specifications. She is the 8th largest yacht built by Gold Yachts and one of the largest yachts in the world.

She sails under the Malta flag and is based in the Arabian Gulf and the Mediterranean waters all year until she’s ready for her next charter.

Her cruising regions may vary depending on the season, but some of her locations are United Arab Emirates, Croatia, France, Italy, Greece, Malta, Monaco, Dubai, Mykonos, and The Balearics, among others.

According to some sources she was last sold in 2019 by Vassilis Fotilas at Fraser in an in-house deal. The owner’s identity remains unknown.