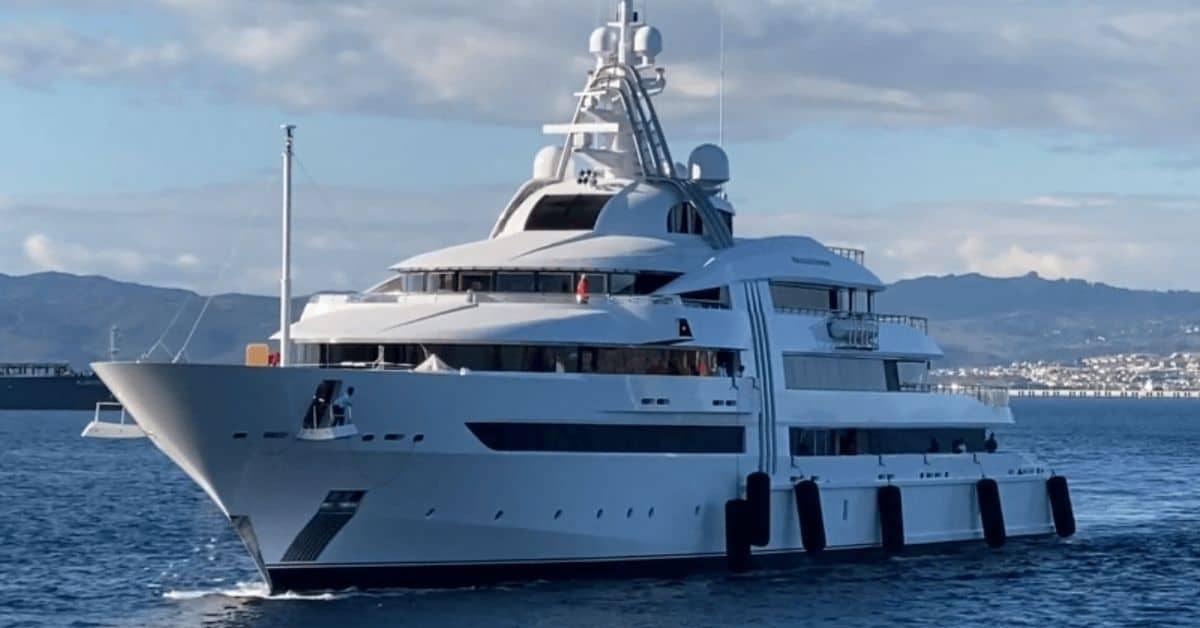 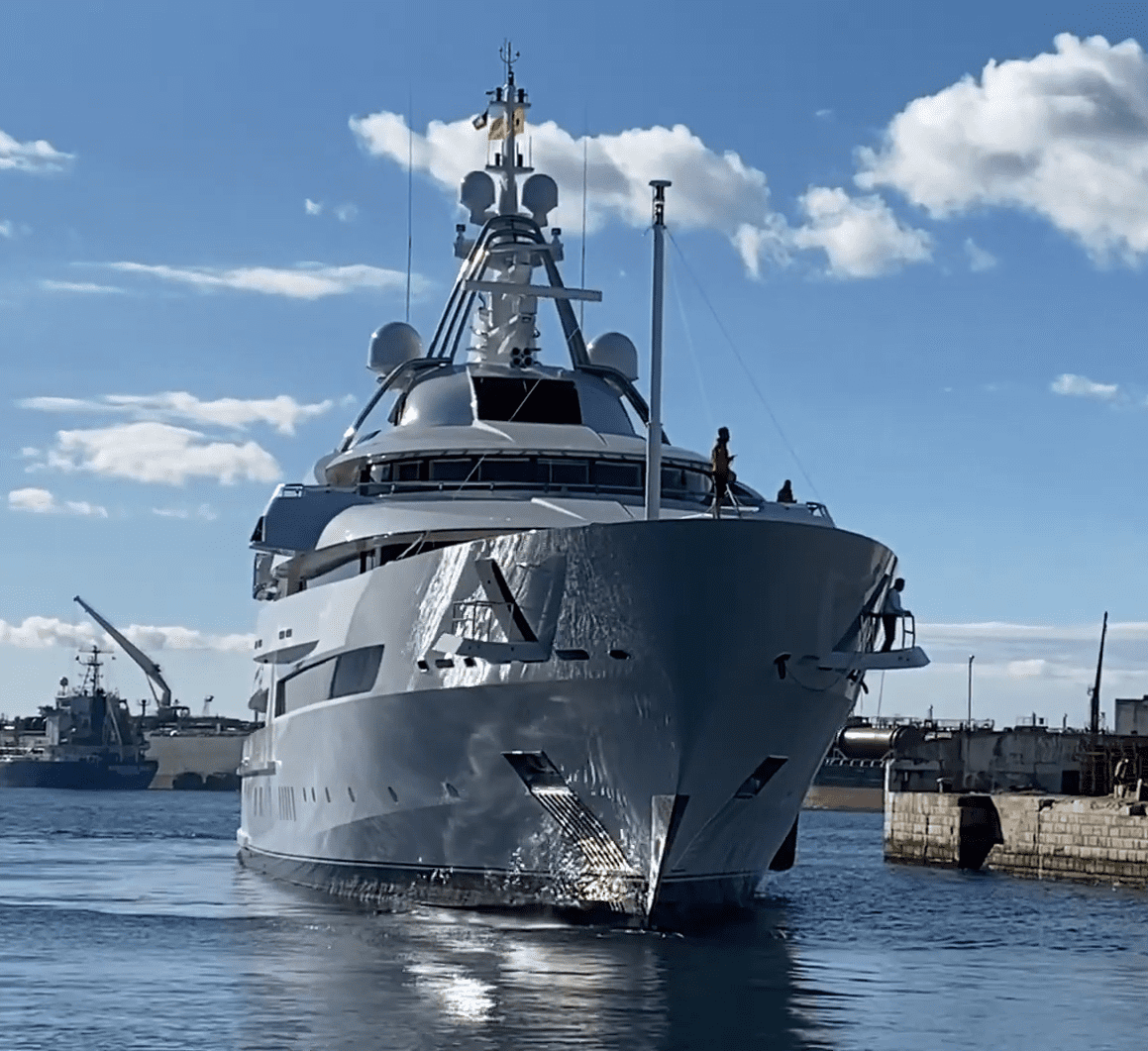 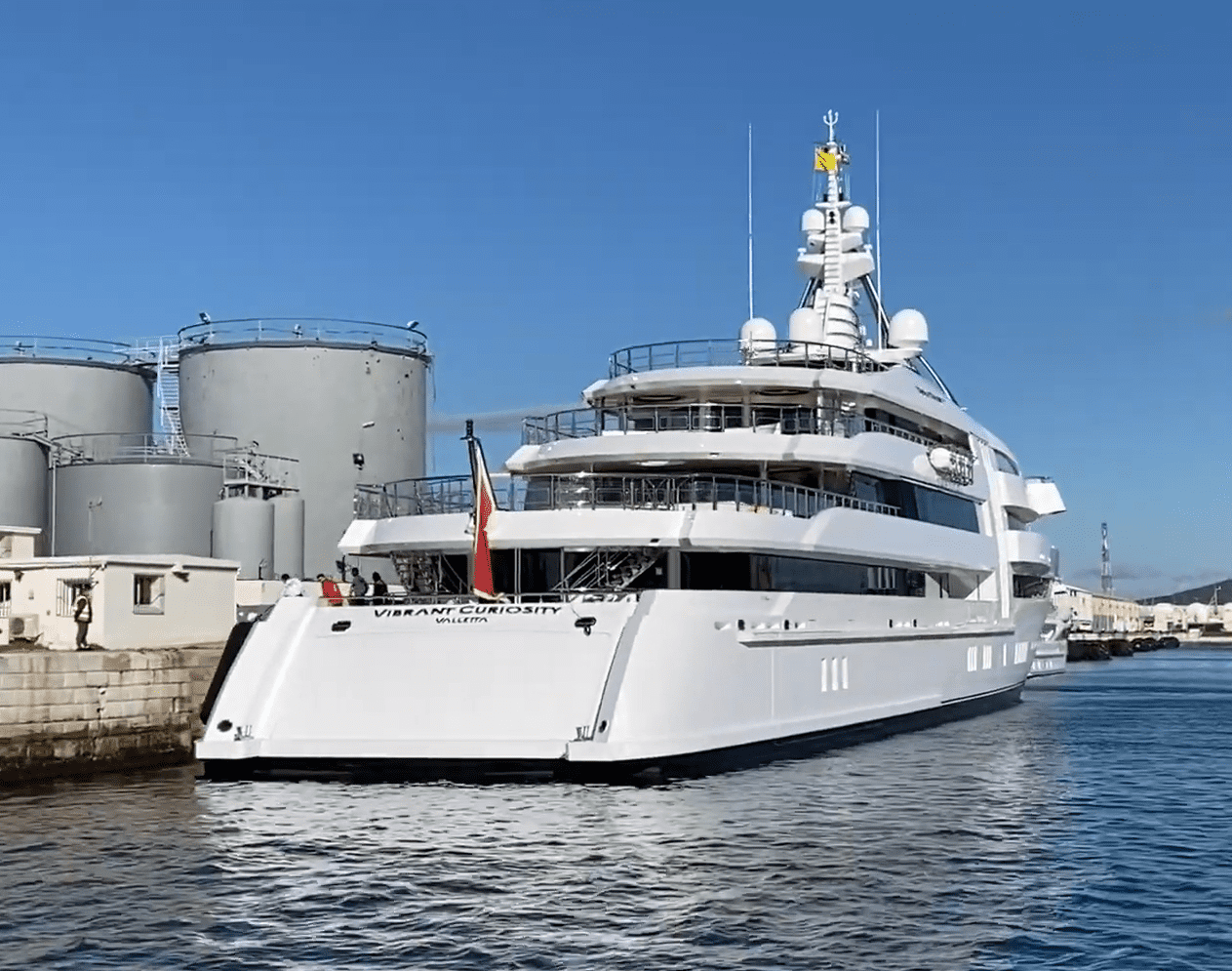 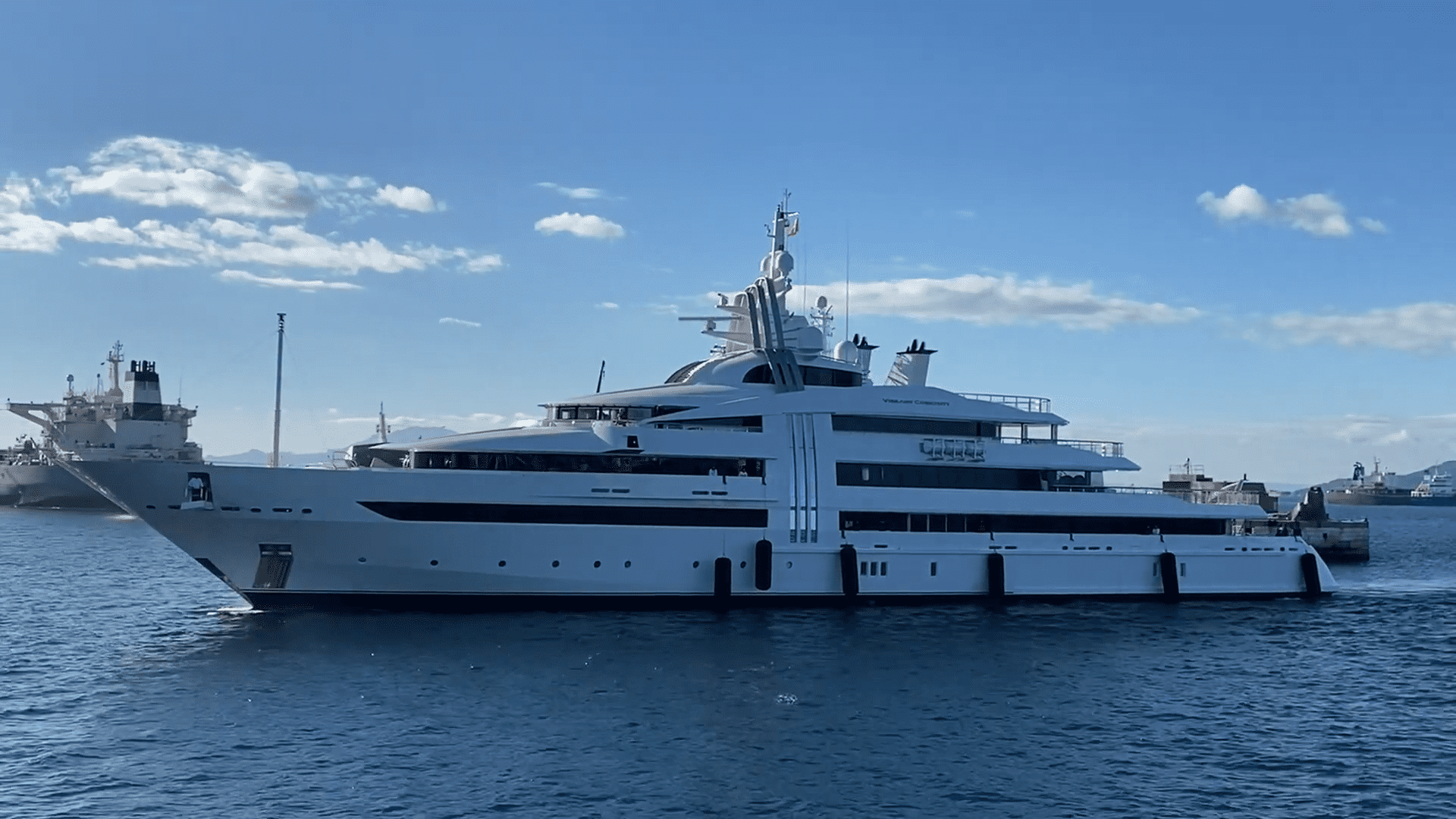 VIBRANT CURIOSITY yacht, The $150 million superyacht, is owned by a German billionaire businessman, Reinhold Würth. She is an 85m yacht that features interior and exterior design by Italian design house Nuvolari Lenard.

She was built by shipbuilders Oceanco and delivered from their Netherlands-based shipyard in 2009. The yacht is a striking and award-winning vessel that exceeds expectations repeatedly.

Italian interior designer Nuvolari Lenard penned the interior of the impressive VIBRANT CURIOSITY. The interior is best described as a perfect mixture of luxury and sobriety. The yacht features accommodation for 18 guests in 9 cabins.

The cabins are configured in 1 master, 1 VIP, and seven double rooms with luxurious fittings. The master suite has an office and private exterior deck with a whirlpool. The VIBRANT CURIOSITY has accommodation for 26 expert crew on board.

An elevator makes getting to the different levels of the yacht easy for guests. The award-winning yacht features a sundeck filled with places to lie in the sun or enjoy the on-deck pool.

A special feature of the interior of VIBRANT CURIOSITY is the lighting that creates a luxury ambiance throughout the ship. On the top deck, there is a helipad with a helicopter.

No interior photos have been released of the VIBRANT CURIOSITY, but Nuvolari Lenard is best known for providing luxury Italian-inspired styling.

Nuvolari Lenard also designed the exterior of the VIBRANT CURIOSITY. The yacht was built by the esteemed shipbuilders Oceanco and delivered from the Netherlands-based shipyard in 2009.

She is built with a teak deck, a steel hull and has an aluminum superstructure. Her exterior displays a unique band-like design along the superstructure, and she has a flared bow. VIBRANT CURIOSITY was last refitted in 2015.

VIBRANT CURIOSITY has an 85.47m length and a beam of 14.2m. She has a significantly deeper draft at 3m. The yacht has a displacement of 2822 gross tons powered by twin MTU engines.

She has a cruising speed of 16 knots and a maximum speed of 20 knots, with a range of 5500 nautical miles. With an annual running cost of $10 – $15 million, she has a Lloyd’s Classification.

VIBRANT CURIOSITY won a multitude of awards throughout 2010, including the Asia Boating Award.

The owner of the VIBRANT CURIOSITY is Reinhold Würth, a German businessman and billionaire. He has a net worth of $20.8 billion, according to Forbes. He joined his father’s wholesale company at age 14 in 1949.

He grew the business from a tiny warehouse enterprise into a company with global interests. The Würth Group supplies assembly and fastening materials for the automotive, construction, and engineering trades.

He retired in 1993 but still serves as the chairman of the supervisory board of the Würth Group’s family trusts.