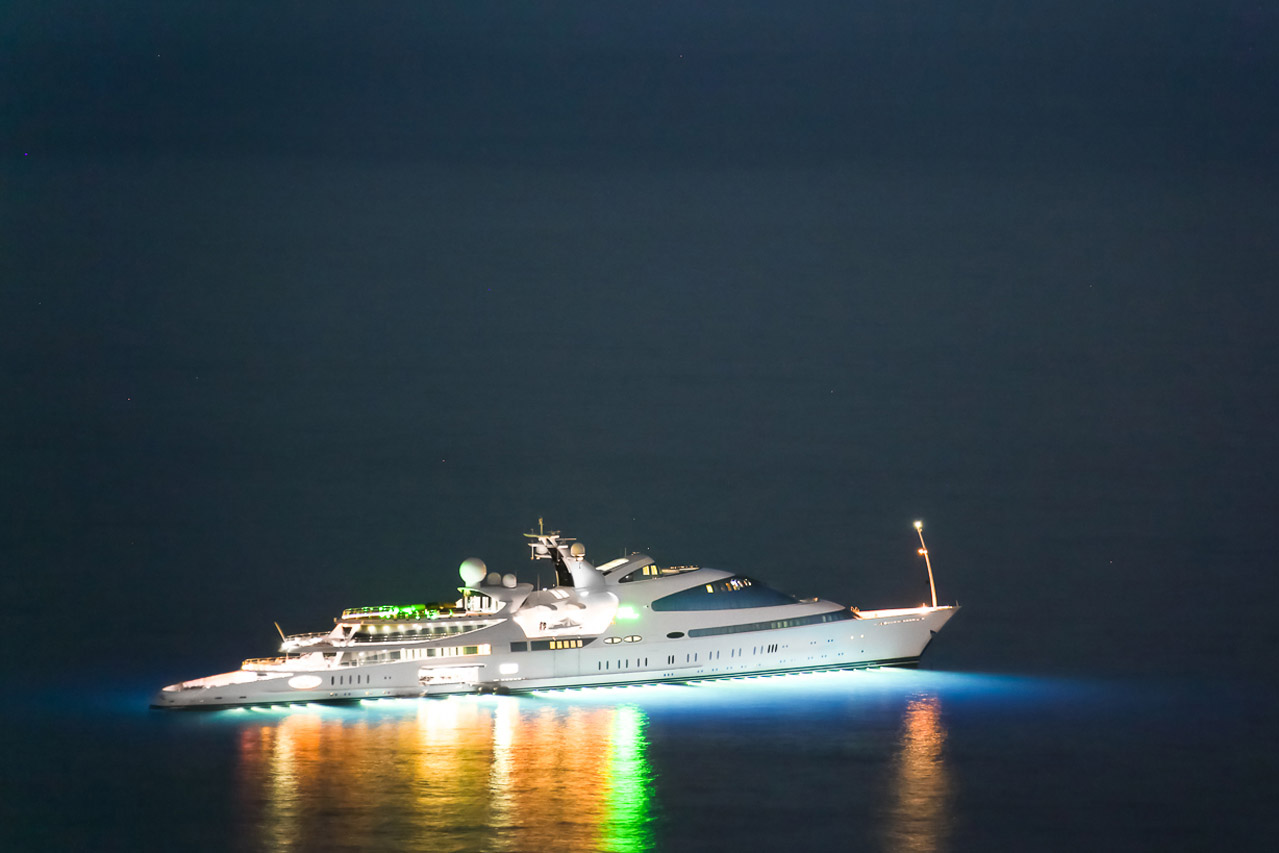 YAS yacht is a 141-metre (463 ft) superyacht that was originally a Dutch navy ship before being converted into a luxury vessel. She belongs to the brother of the owner of the superyacht AZZAM.

The price of YAS is reported to lie close to US $180 million, and she is ranked in 11th place on the list of largest superyachts in the world.

The interior of YAS was designed by Pierrejean, a French design and architecture studio specialising in luxury aircraft and ship design. The yacht can welcome up to 60 guests, which is impressive and rare in the superyacht industry. 56 crew members find space below deck.

The interior of the yacht features glass elevators, a spa, a gym and highly futuristic design elements. The large glass dome at the front of the vessel houses the owner’s suite, which has an oval shape and is completed by a round bed.

Of course, YAS has a state-of-the-art entertainment system and is furnished using only the most high-quality materials.

YAS is a converted Dutch navy ship that was originally constructed in 1977 and served in the military for 20 years. At the time, she was named HNLMS Piet Hein and only measured 135 metres (442 ft).

She was eventually sold to the UAE military, where she served until 2006 when Sheikh Hamdan bin Zayed al Nahyan purchased her and had her converted into a superyacht at ADM Shipyards.

YAS has little resemblance with a warship today, but she has kept her agility and speed. Despite her size, she can reach top speeds of 30 knots and sails comfortably at average speeds of 25 knots.

YAS is an unusual yacht in many ways. Both her interior and exterior were designed by the French studio Pierrejean and she is said to have been modelled to resemble a dolphin with her immense glass superstructure.

She is a very long yacht with an aerodynamic shape that allows her to retain speed while still looking elegant and luxurious. YAS has a helipad, spacious storage for water toys and, of course, several pools on board for the enjoyment of the guests.

The original price for YAS is estimated to lie close to US $180 million, although she has since been refit which suggests that her current value might lie closer to US $200 million.