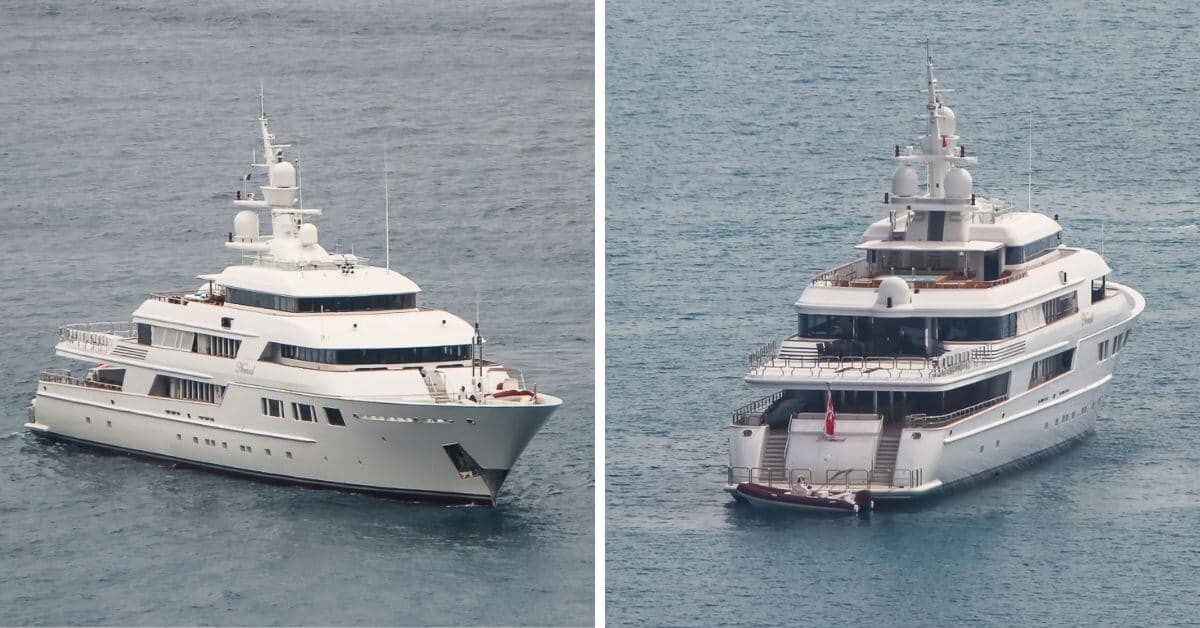 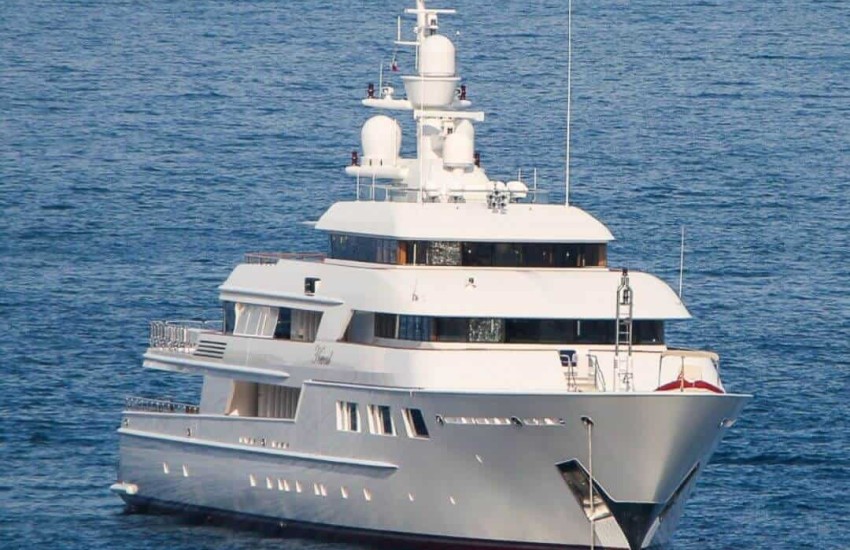 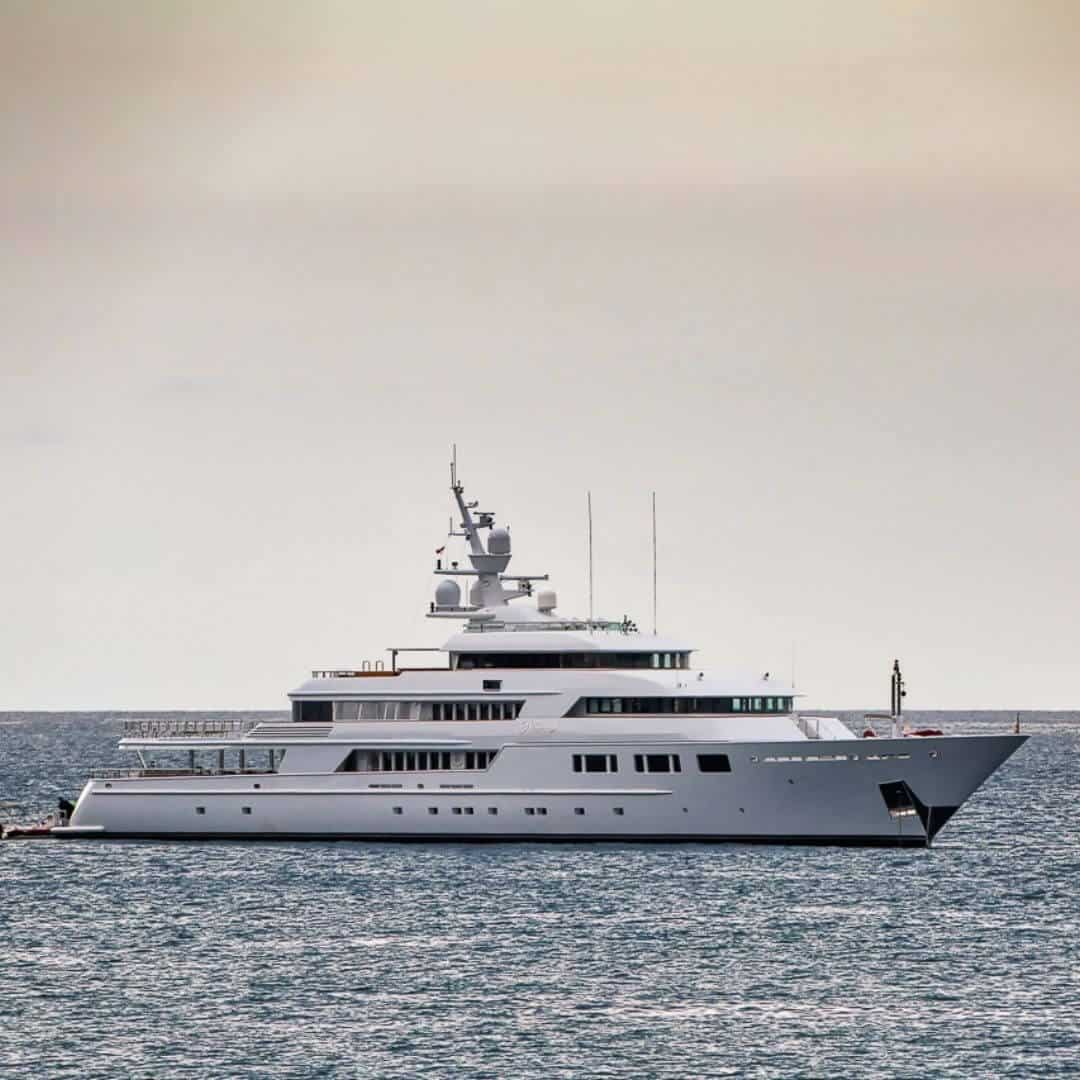 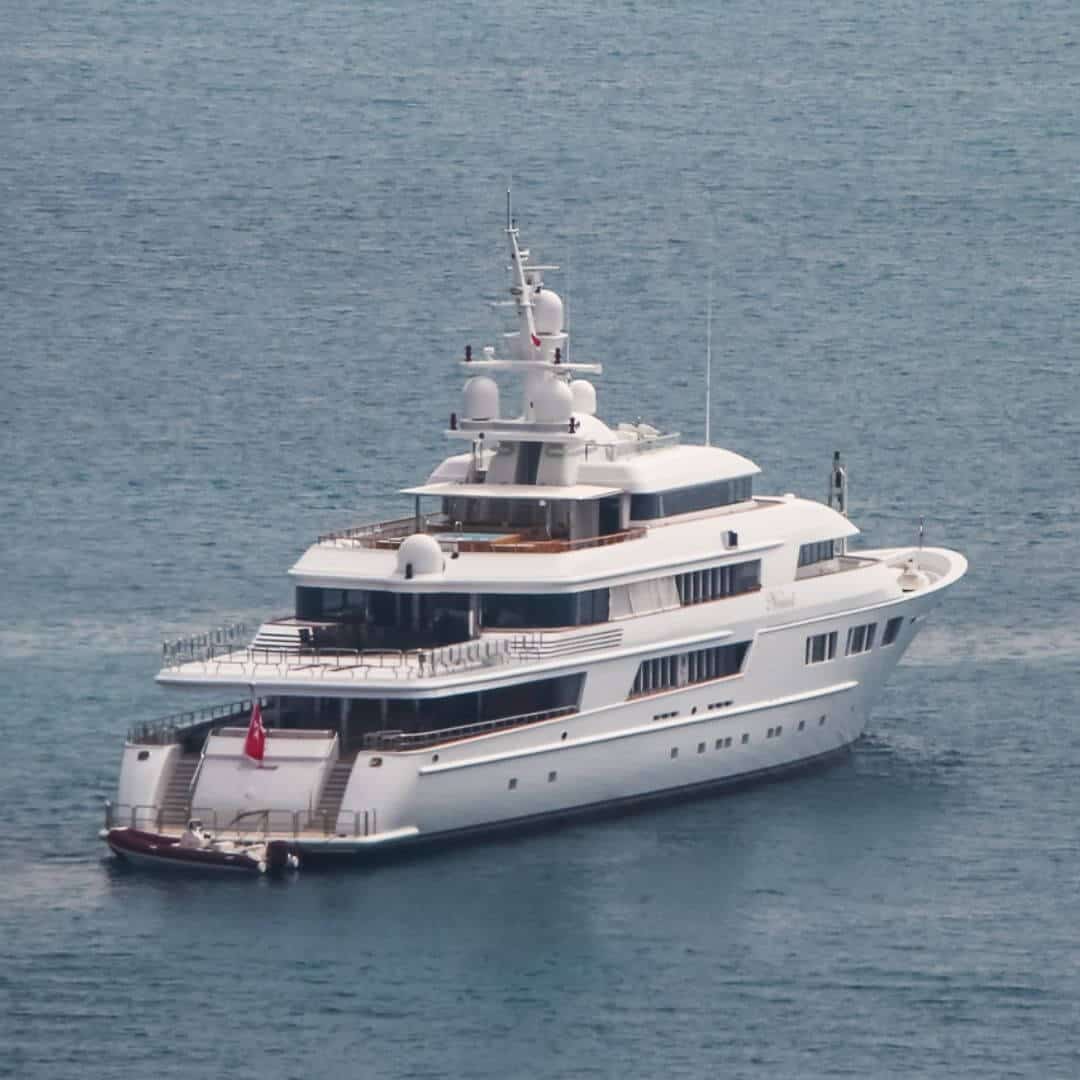 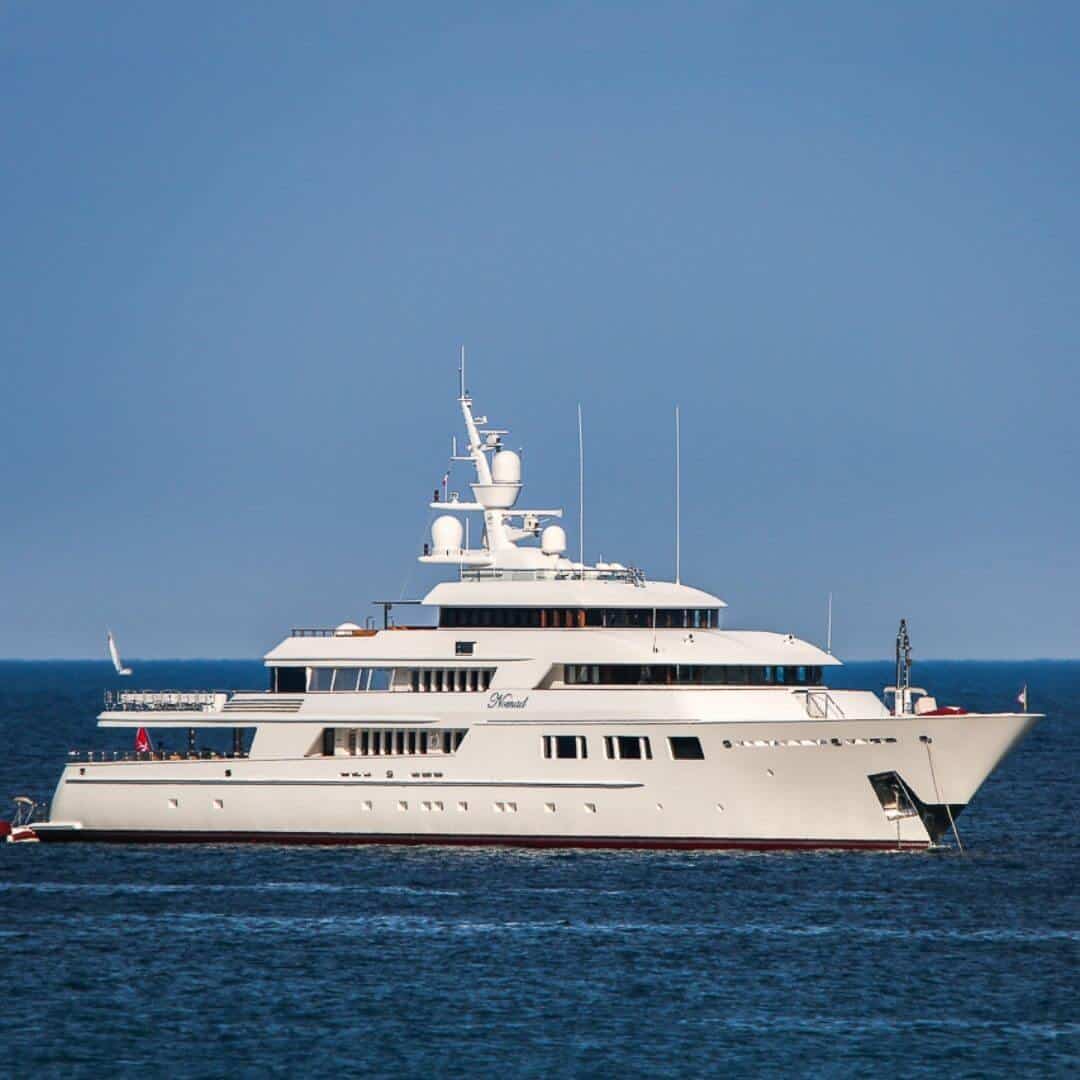 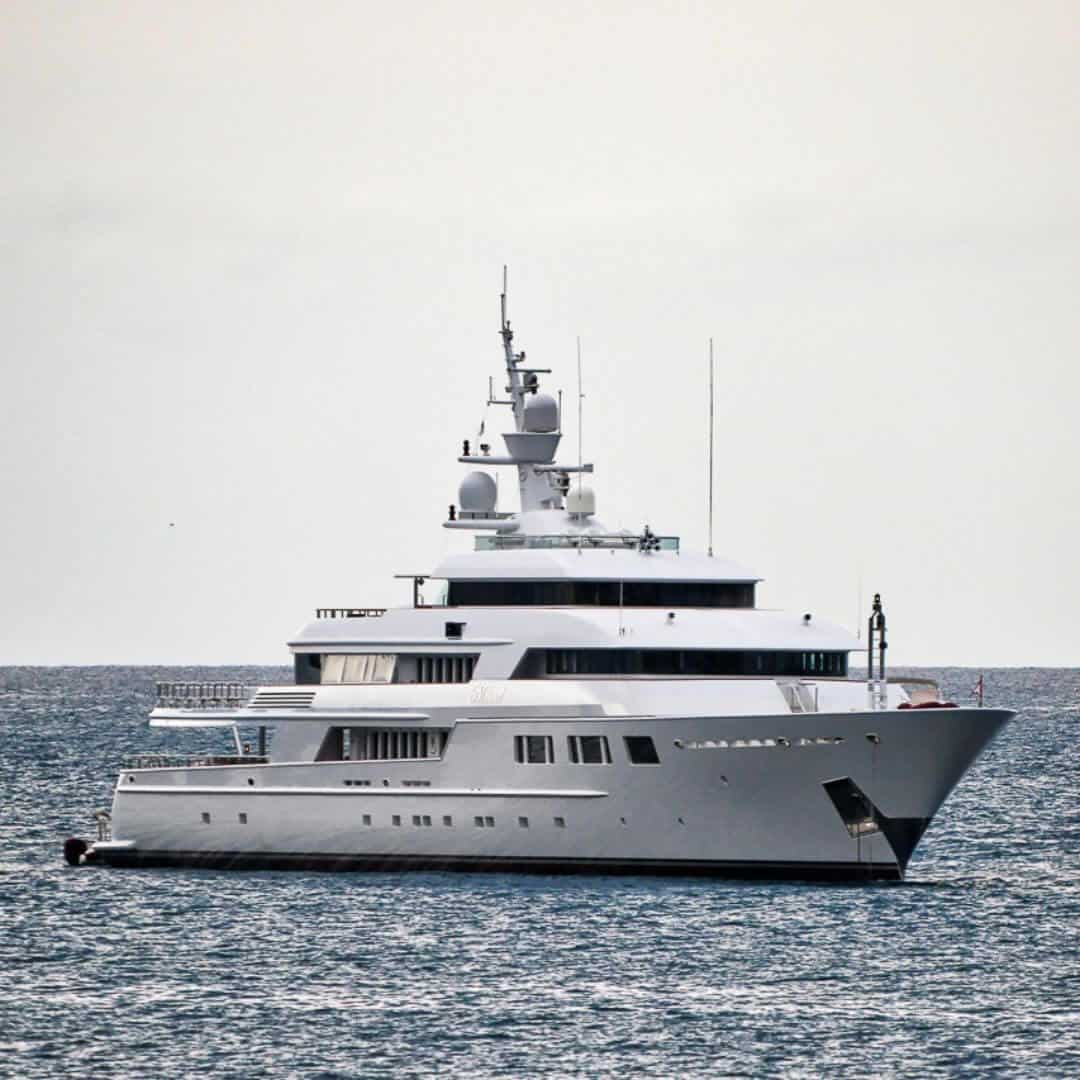 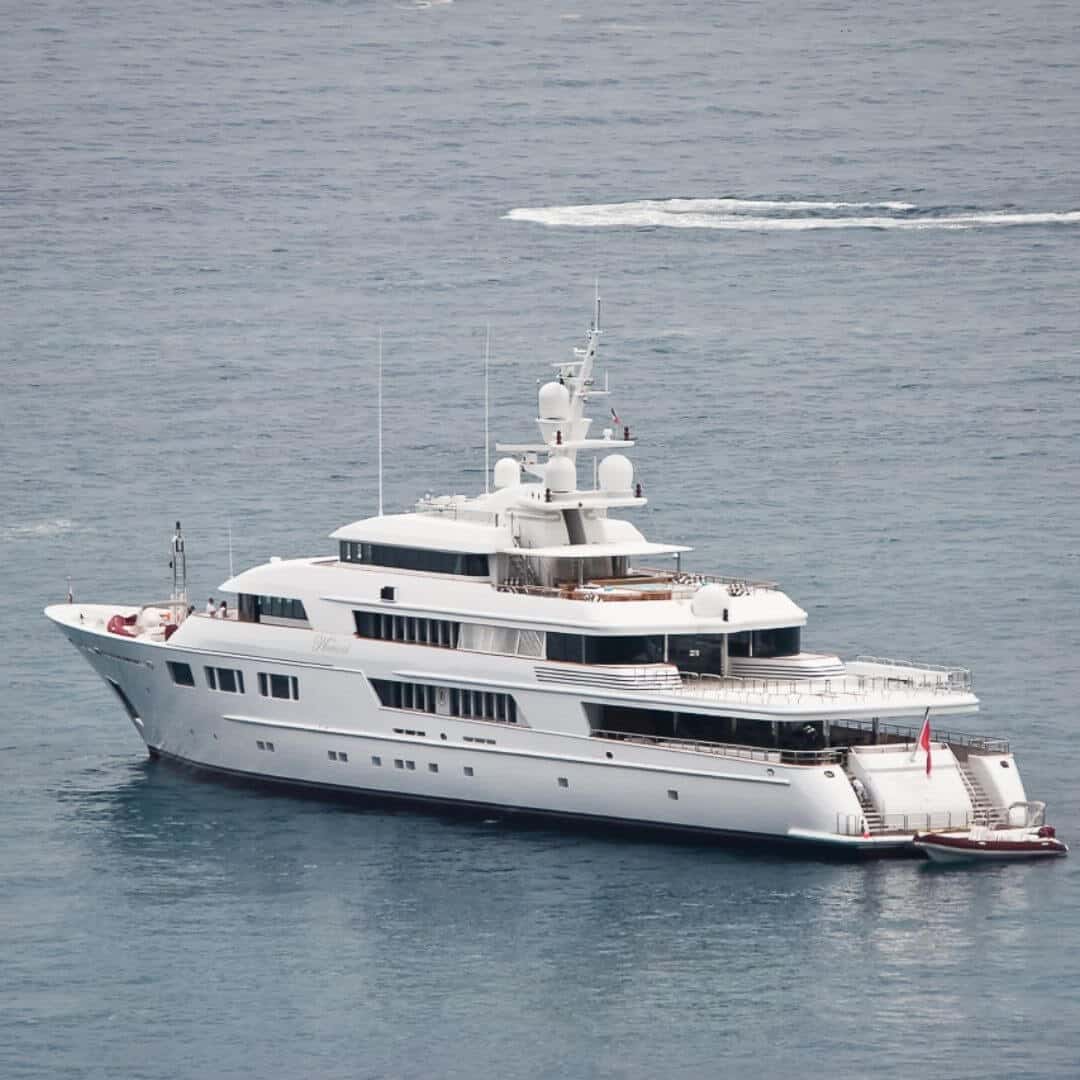 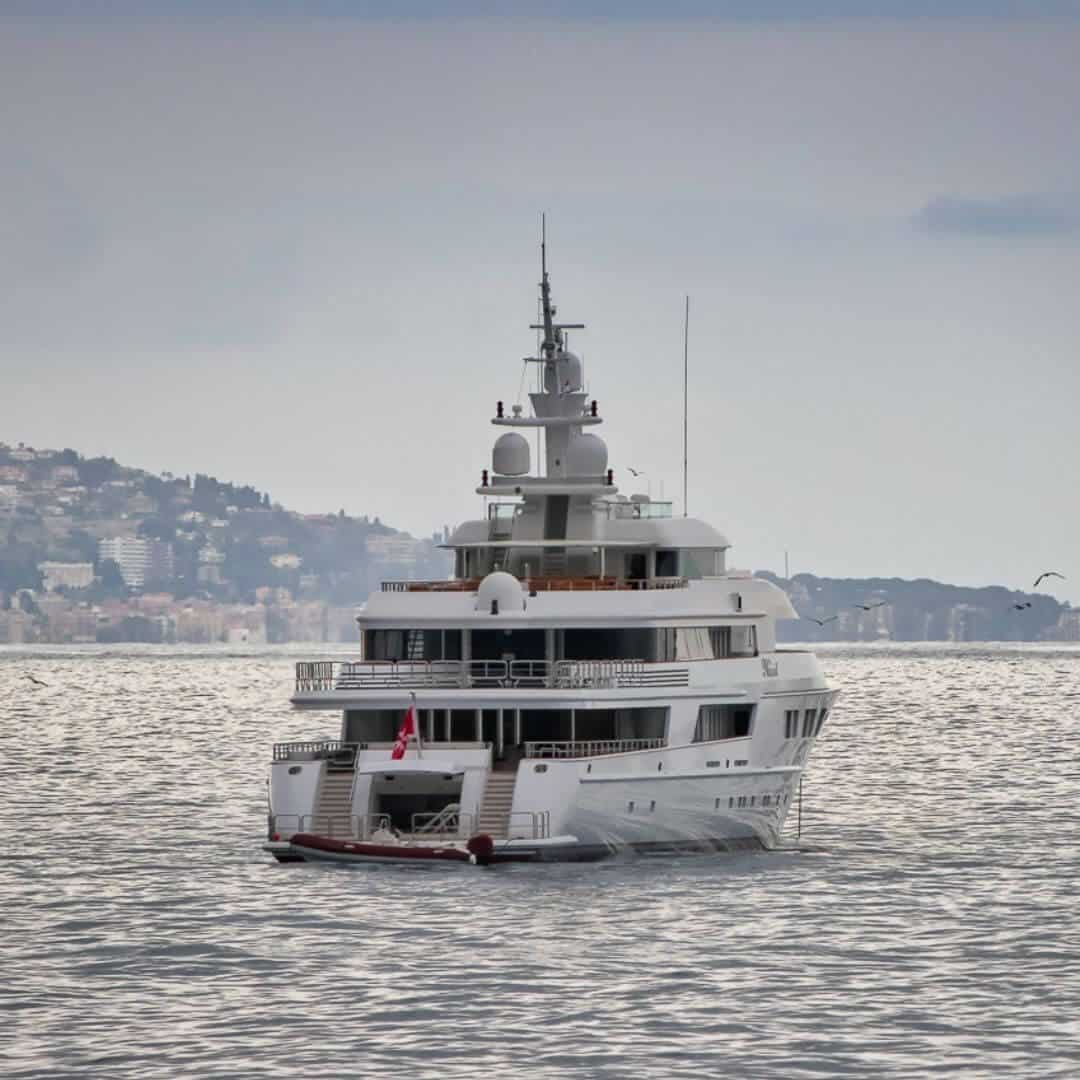 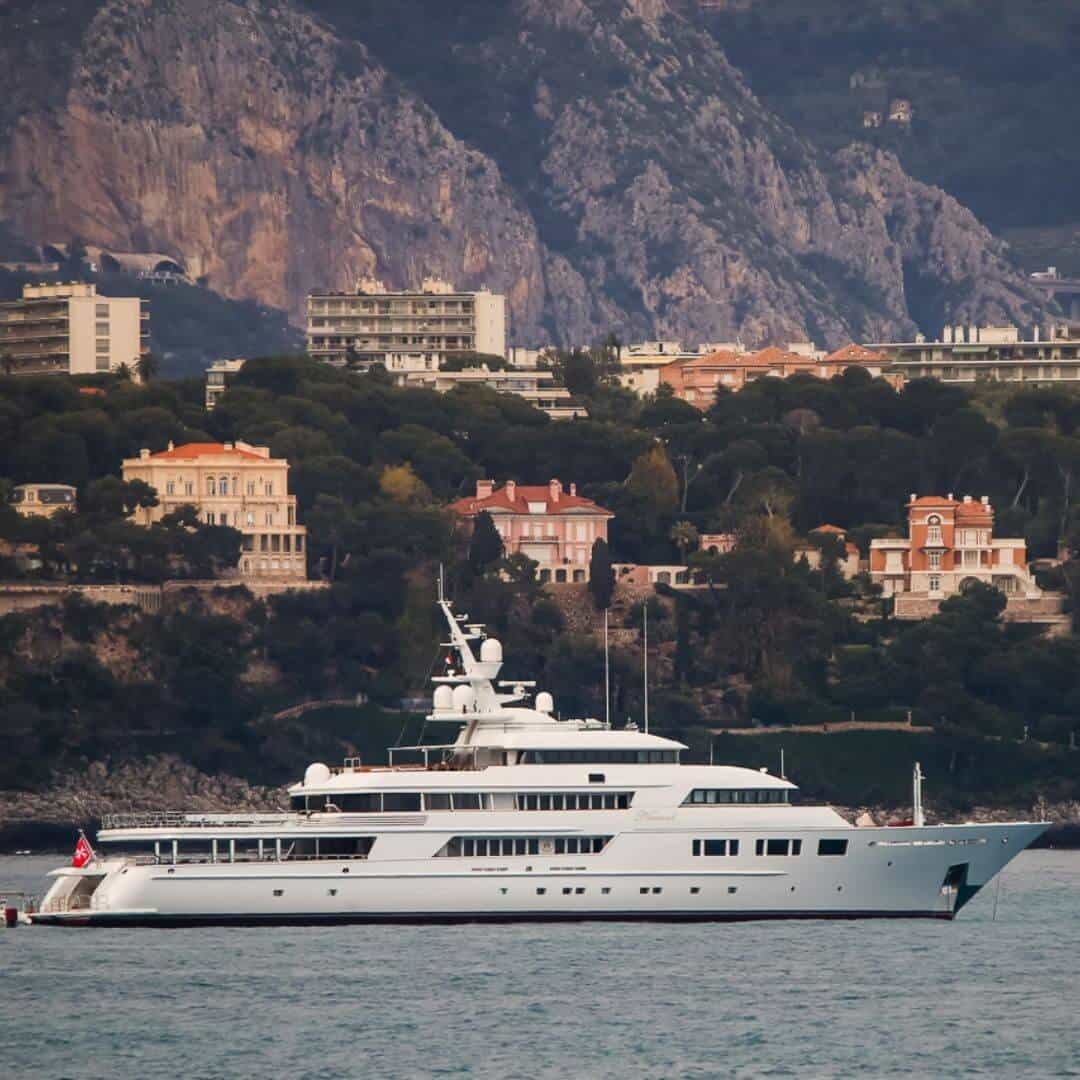 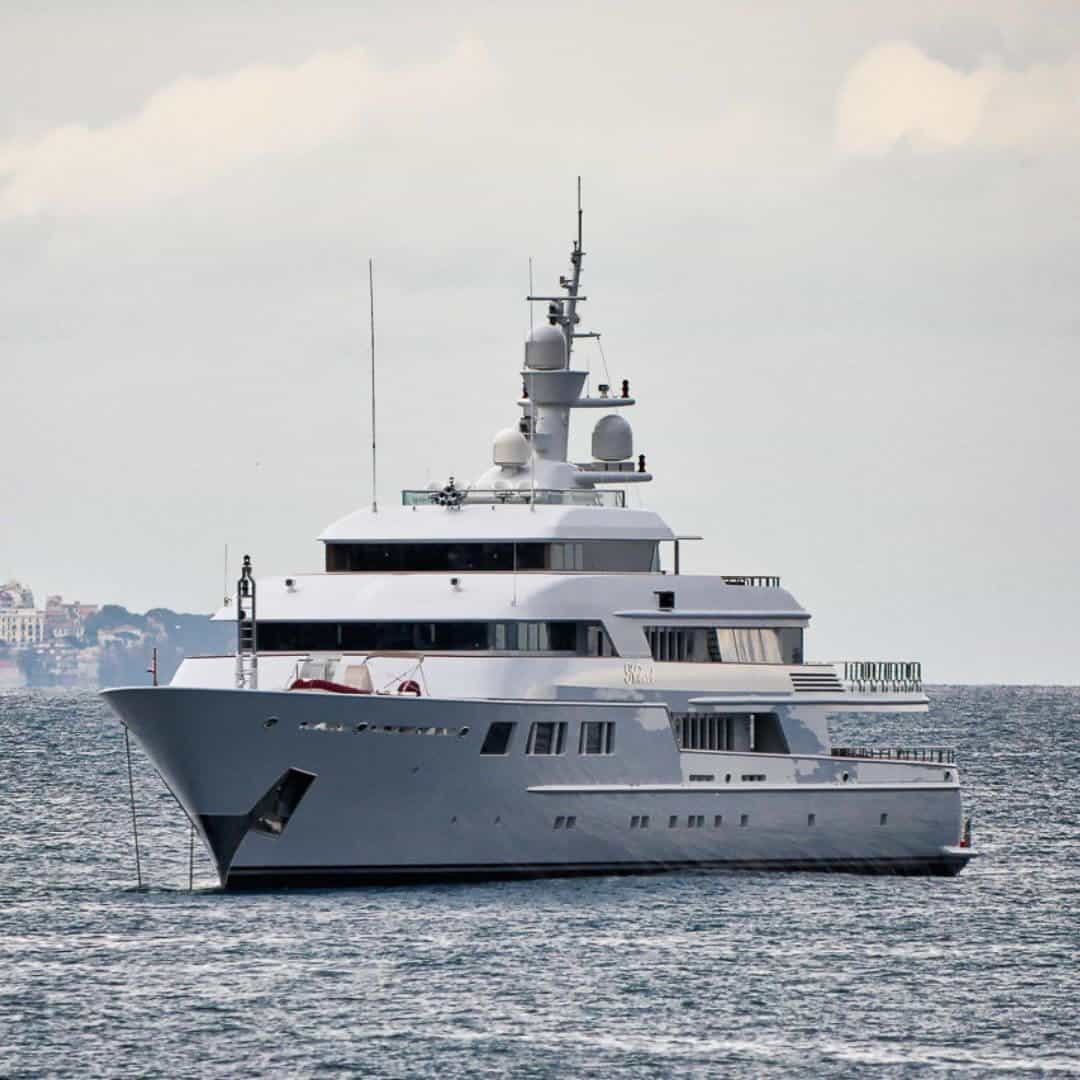 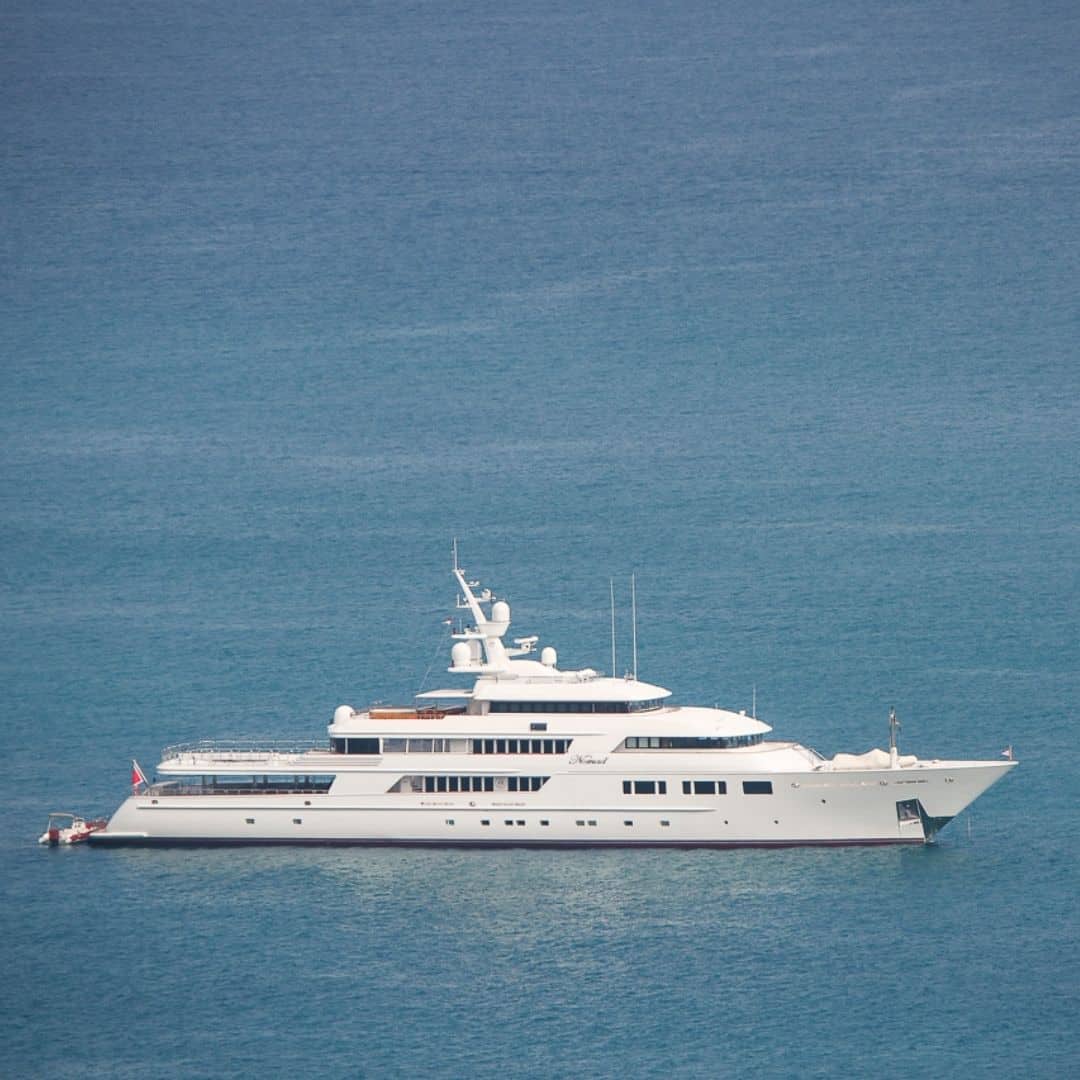 The NOMAD yacht is owned by Greek shipping magnate, George Prokopiou. NOMAD was first delivered in 2003 from the Australian shipyard Oceanfast.

Since then, NOMAD has been refitted and features interior design from Oceanfast and an exterior design by Sam Sorgiovanni. The 69m yacht is opulent, luxurious, and perfect for an entertaining family in style.

The interior design of the NOMAD yacht is elegant and perfect for luxury cruising. Designed by Oceanfast, there are accommodations for 12 guests in a master suite, 2 VIP staterooms, one double cabin, two twin cabins, and 2 Pullman beds.

There are facilities for 15 crew members, which ensures guests experience a luxury cruising experience.

The yacht features an impressive swim-up bar in the pool, a nine-person Jacuzzi, a state-of-the-art entertainment system, a BBQ on deck, and a movie cinema. The helipad only adds to the impressive amenities.

The elegance of the interior design is topped off with a Steinway piano. The yacht is perfect for entraining family and friends and offers a luxury cruise experience.

Featuring an exterior design by Sam Sorgiovanni, the 69m yacht was built by Oceanfast in Australia. The superyacht was first delivered in 2003 and was later refitted in 2008.

Oceanfast also executed the naval architecture. The NOMAD yacht has an aluminum hull and aluminum superstructure.

With an overall length of 69m, the NOMAD has a beam of 11.58m and a draft of 3m. She displaces 1260 gross tons and is powered by 2 Caterpillar engines. Her engines give her a maximum speed of 12 knots and a cruising speed of 17 knots.

Her range can cover 3000 nautical miles at her cruising speed. With a total price of $50 million, she has a running cost of $5 million per annum.

George Prokopiou is the current owner of the NOMAD. He has a net worth of $2 billion and is the founder of Dynacom Tankers Management, Sea Traders, and Dynamos Ltd. The Greek billionaire and shipping magnate managed a fillet of over 500 vessels.

In addition to the NOMAD, he owns a second superyacht called DREAM. NOMAD was originally called AUSSIE RULES and later sold to an American yachtsman who named her FLORIDIAN. Finally, she was purchased by Prokopiou and named the NOMAD.

He lives in Athens with his wife, Alexandra Prokopiou. He has repeatedly appeared in Lloyd’s List of the Top 100 most influential people within the shipping industry.

Credited for pioneering his own way of conducting business, Lloyd’s List states that he was one of the first independent shipowners to see the potential in Arctic liquefied natural gas operations and invested in winterized gas vessels.

His mantra in business is “doable,” and he makes a point of conducting his business with long-term problem-solving.