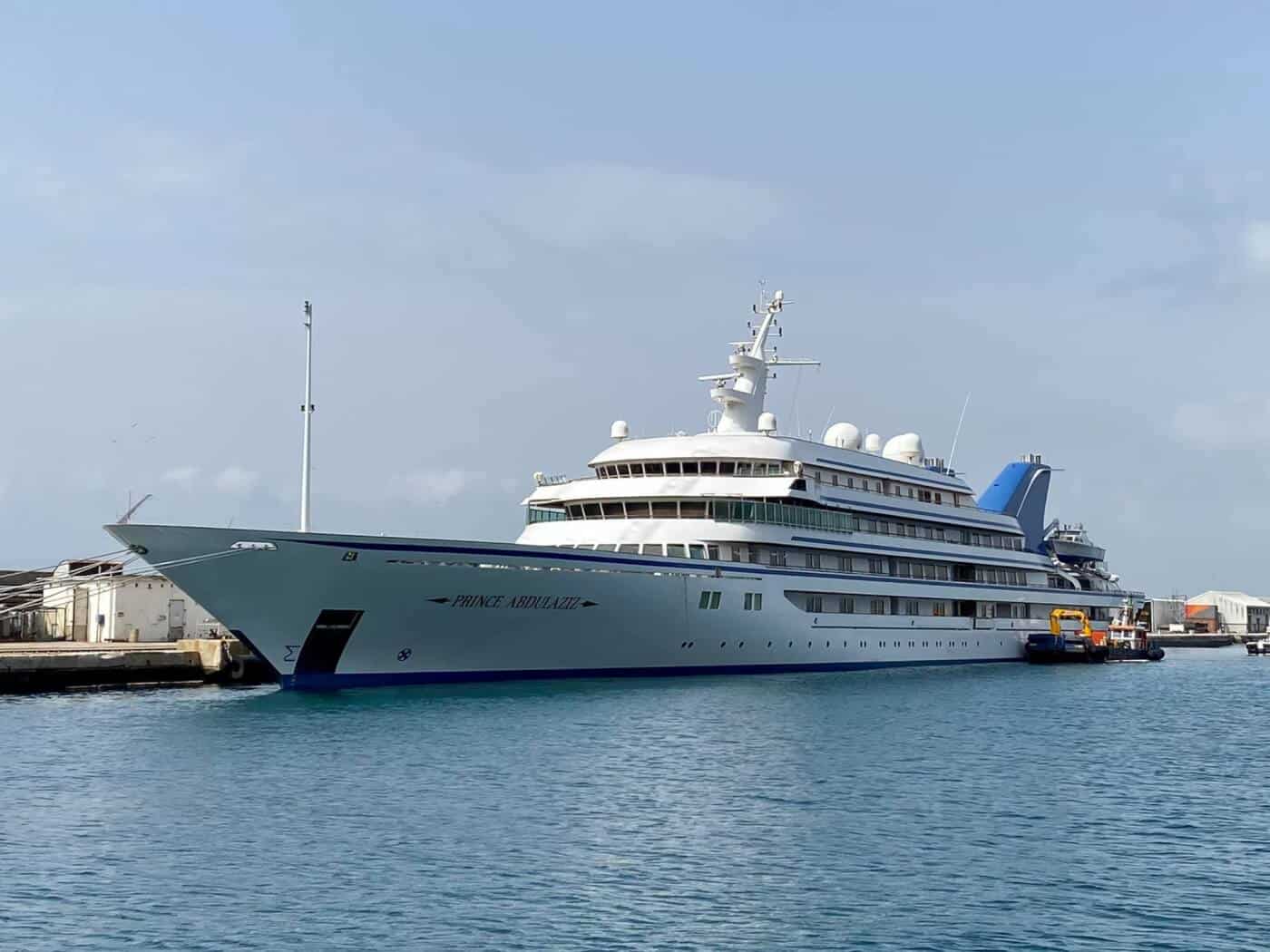 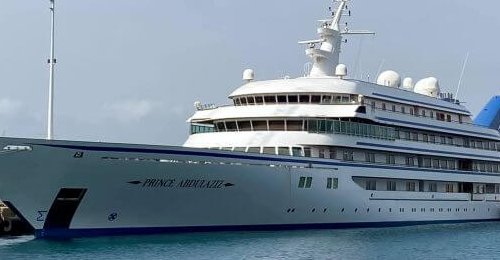 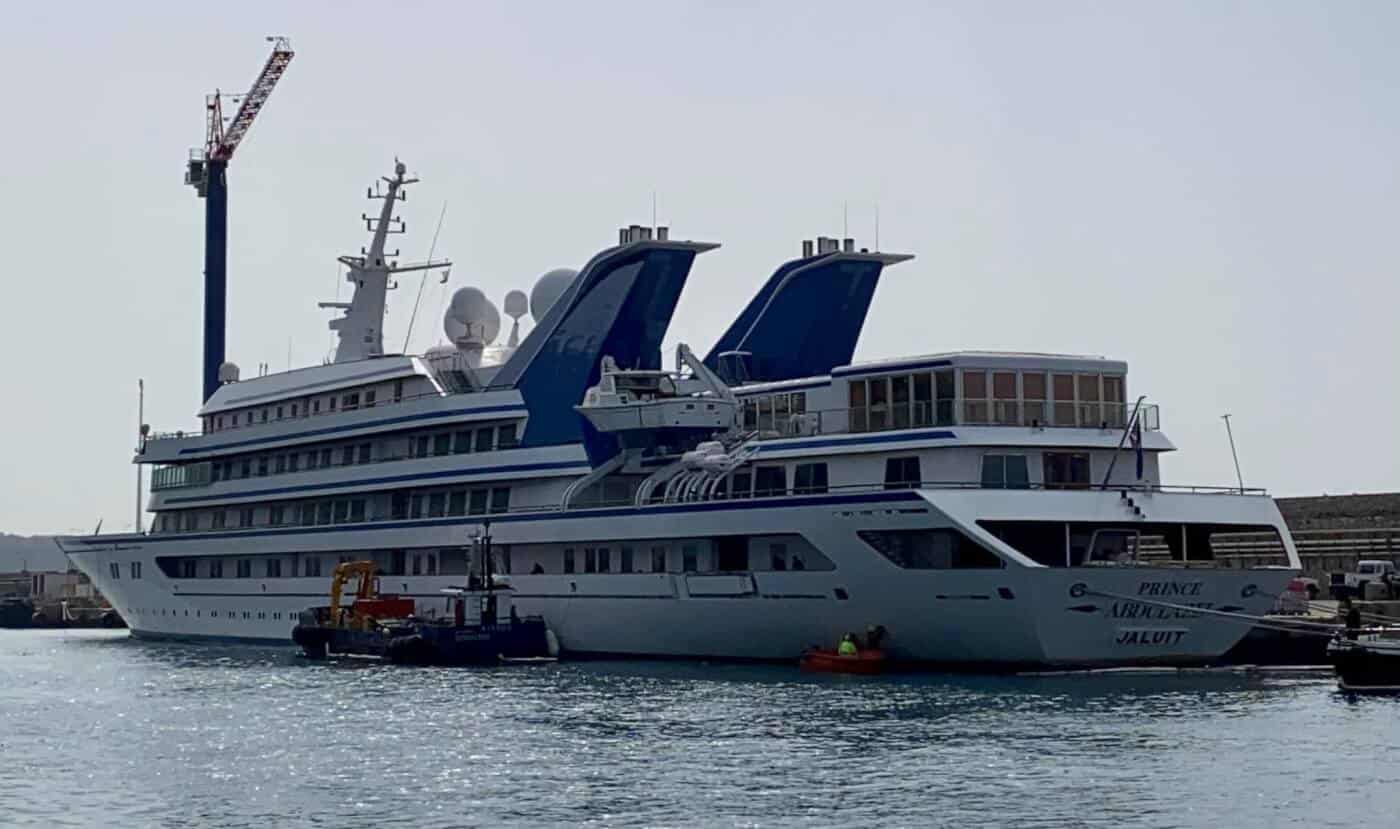 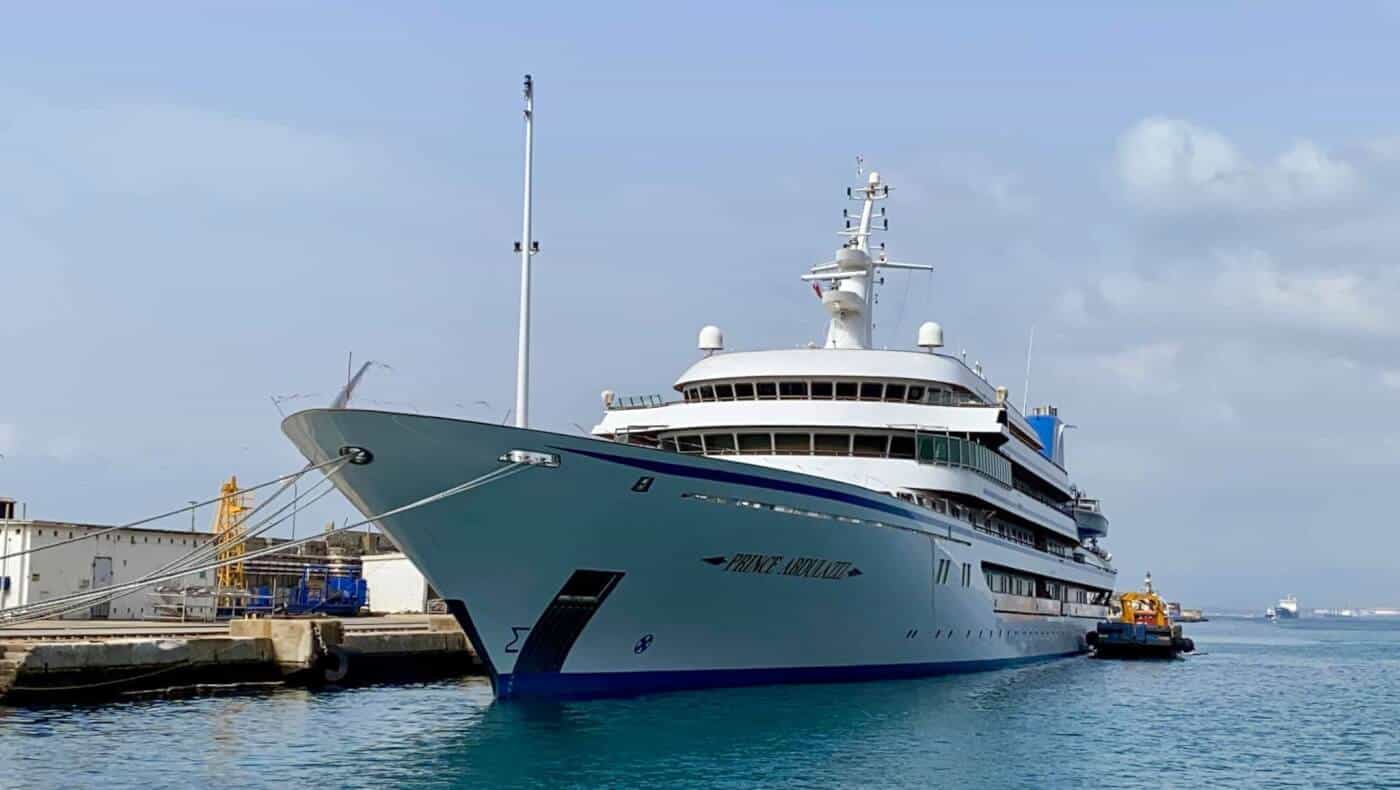 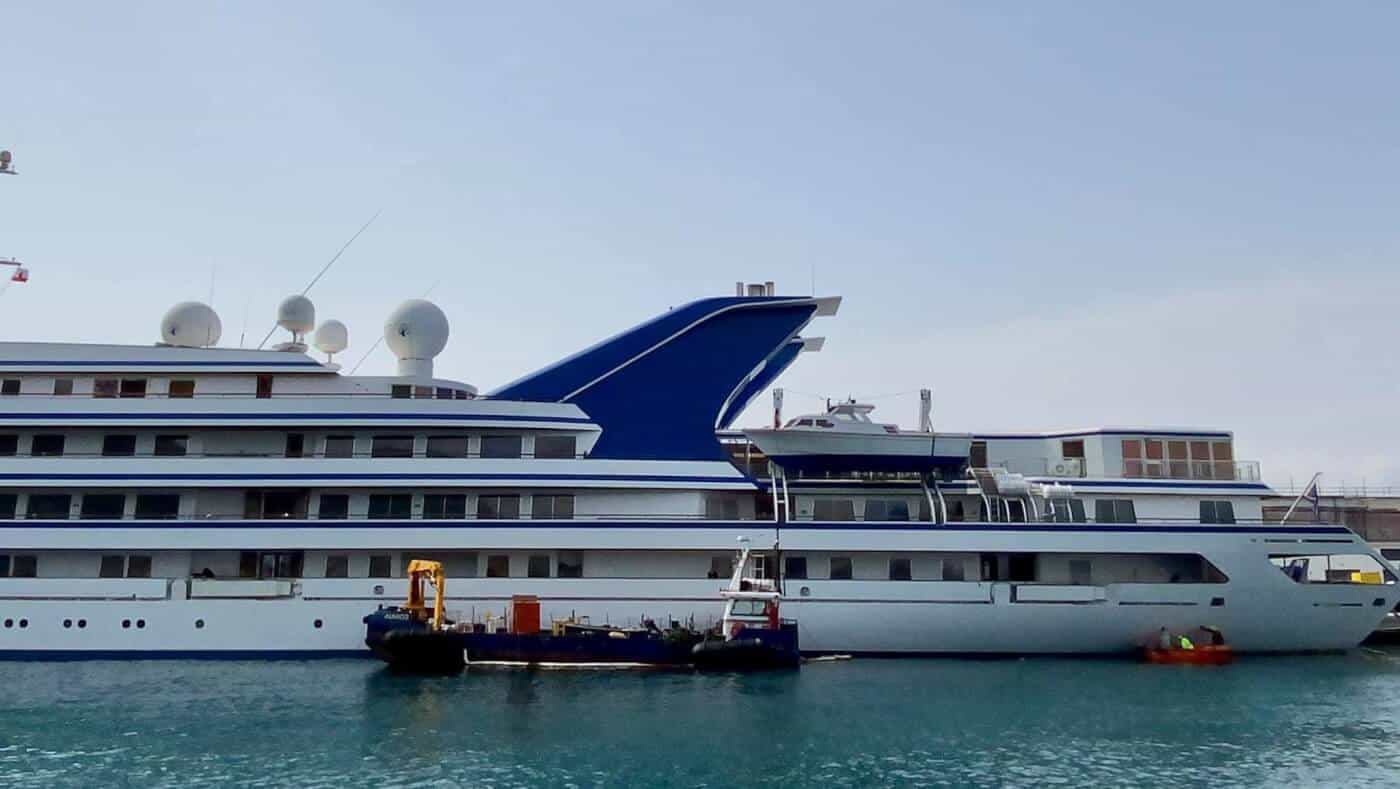 One of the largest yachts built in the twentieth-first century, the PRINCE ABDULAZIZ yacht is, and has been, an impressive build ever since it was first brought into the world in 1984. In fact, this yacht was considered the world’s largest yacht until 2006.

The original interior of the PRINCE ABDULAZIZ yacht took fifteen months to complete, but she has since been refitted for a new interior in 2007.

The late English designer David Hicks is featured as a designer for the interior, whose style contained bold colors and lightning.

He also mixed traditional design with modern design. Her interior has lavish fabrics and regal-looking furniture and interior design details. Mixing old-fashioned styles with the modern, her interior gives off a luxurious feeling.

She has a capacity to keep up to 64 guests and a crew of 65 and was built in Denmark by the Helsingør Værft.

With a steel hull and teak deck, designer Maieform Maritime has created a luxurious exterior. There was also a refitting in 2005.

With her white and blue exterior, she gives off a regal look, to say the least. Her hull and superstructure are both made from steel, and the decks are teak.

She is rumored to have surface-to-air missiles and an underwater surveillance system, but it is not something that has been confirmed.