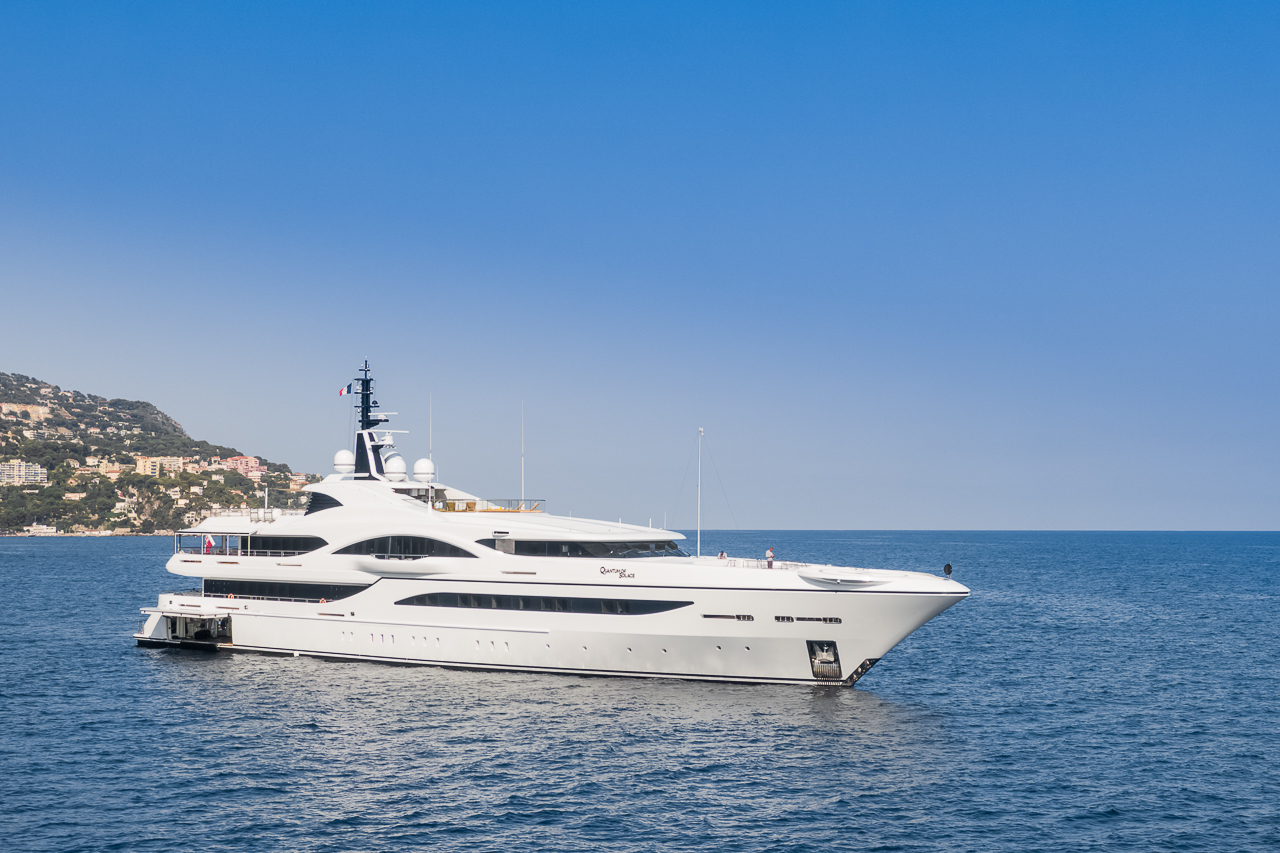 Custom built for luxury charter in 2012, QUANTUM OF SOLACE yacht is an award-winning, world-class vessel. Built by Turkish shipyard Turquoise Yachts, she is extremely spacious and offers plenty of entertainment for her guests.

The Quantum of Solace yacht’s interior was designed by H2 Yacht Design. She has a sleek and modern look, with plenty of wooden features. Her owner and guests can enjoy a spa that opens up to one of the decks, and outstanding lounge and dining areas.

The owner has a private stateroom with a private deck, featuring balconies where he can take in the view. Among the many features inside the Quantum of Solace yacht, there is a piano for those who like to play, as well as a steam room, and a well-equipped gym.

She can accommodate up to 14 guests and 19 crew, and when she was first built, she was considered to be the largest build to come out of Turkey.

H2 Yacht Designs is behind the exterior design of the Quantum of Solace yacht as well as its interior. She has an impressive sundeck with a pool, as well as a helipad.

The balconies on either side of the owner’s private rooms make her stand out, especially in combination with the double-height atrium, which is not often seen in other vessels.

The Quantum of Solace yacht also offers several water toys and other tenders to keep guests entertained. Among these are 6-meter waterslides, as well as two WaaveRunners. Guests can also go snorkeling if they want to.

2019 – Sold and renamed QUANTUM OF SOLACE